This Paper Towel Dispenser Is Shaped Just Like a Wiener Dog 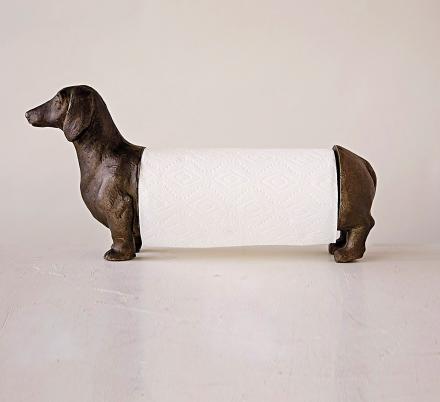 The long, and oddly shaped Dachshund dog offers a wide variety of funny products you can buy in support of your extra long pooch, including a hot dog slicer, a salt and pepper set, and even some ear plugs. But best of all there's now a paper towel dispenser you can get that's made to look just like a wiener dog, except that his torso is replaced by your paper towel roll.

Similar to the giraffe paper towel holder, except that instead of replacing a giraffe's neck, it's replacing a Wiener Dog's body! The Dachshund dog paper towel holder is made from resin which gives it an extremely realistic and quality look that will instantly be a conversation starter as soon as any guest sees it. 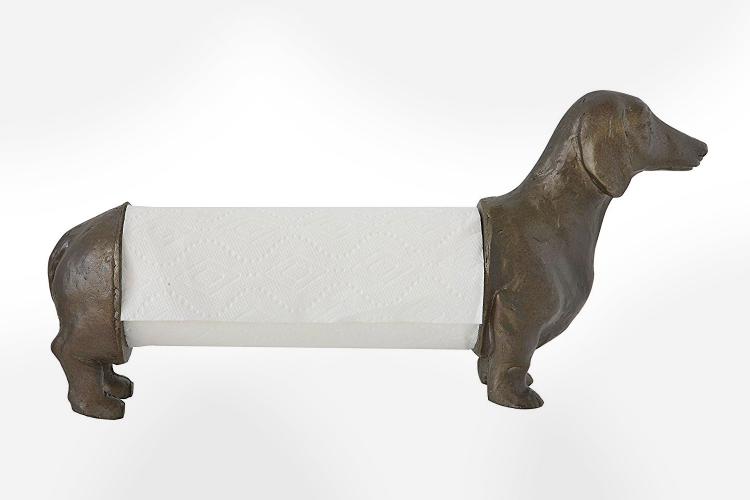 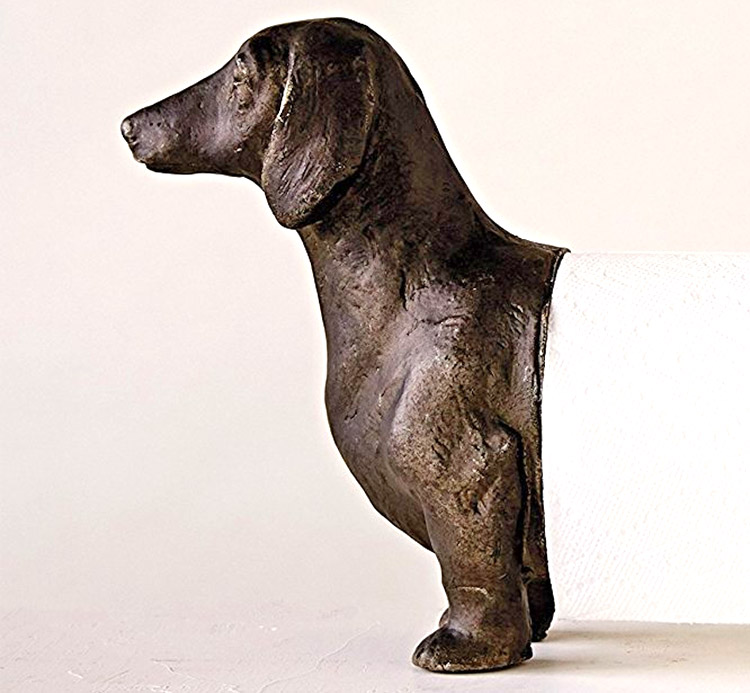 Best of all, to get a paper towel from the roll, you can simply act like you're petting the Wiener dog and you'll have your paper towel square in no time. 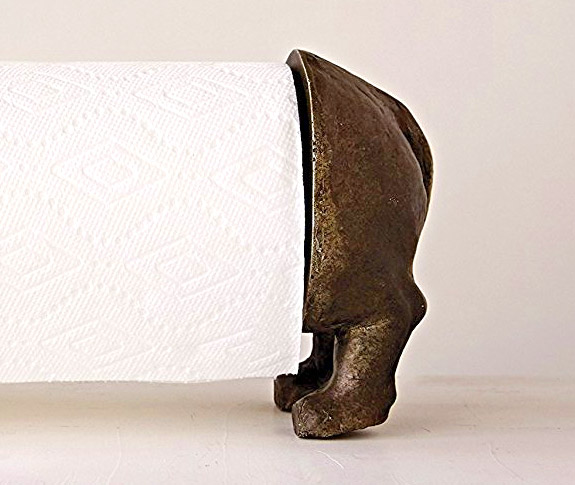 There are a few different versions of the Daschund dog paper towel holder, with one version that's dark brown, and another that's more of a light grey in color. Or if you'd prefer there's even a pig version that replaces the body of the pig with your roll of paper towels. 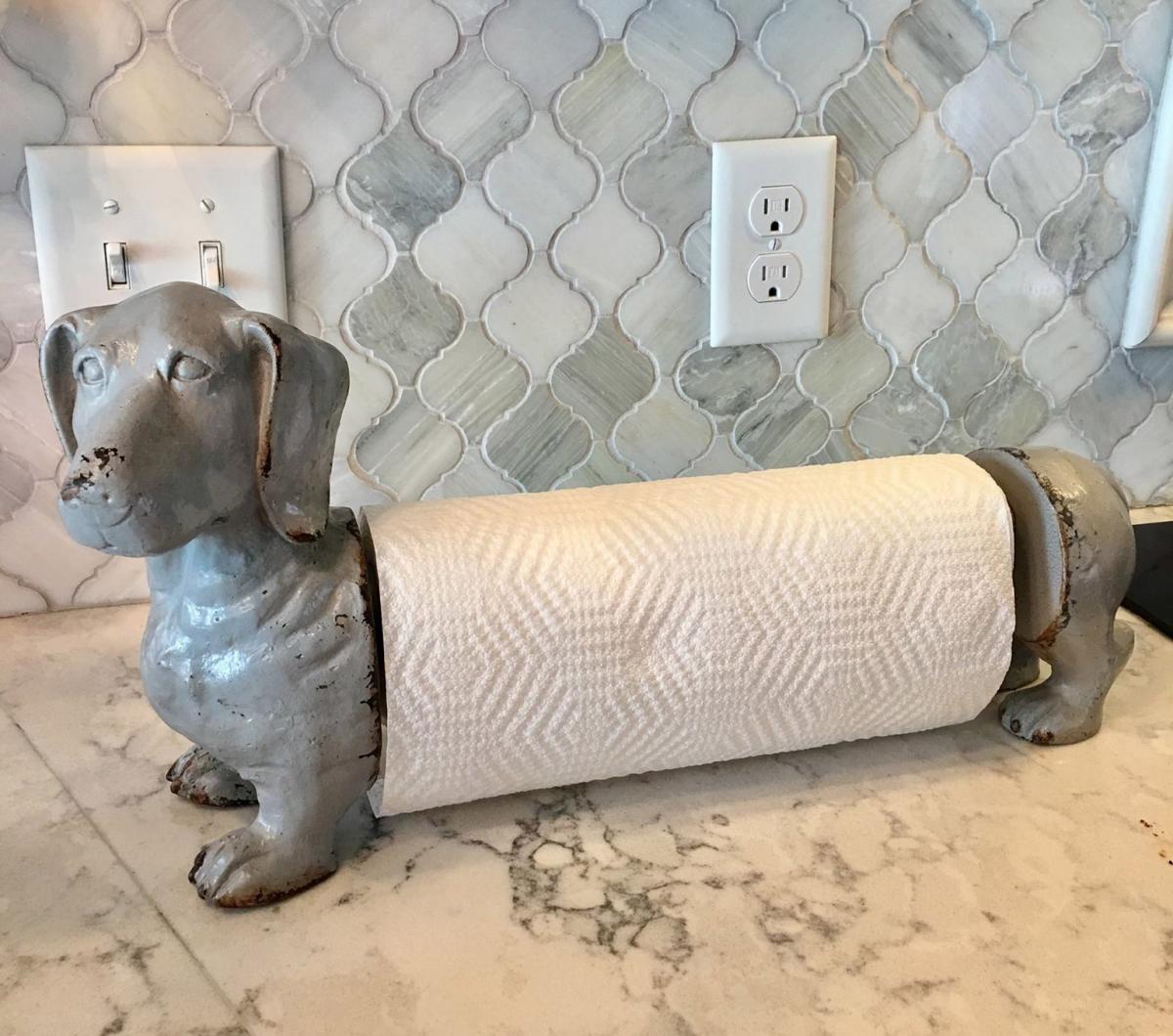 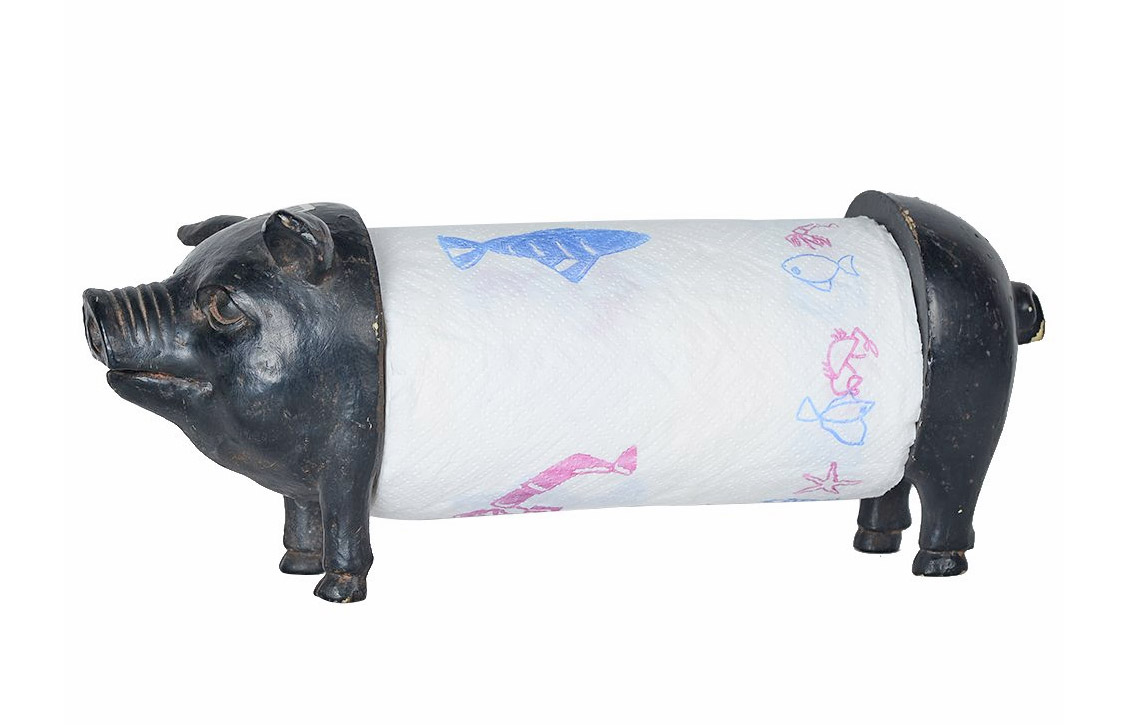 Check out the Dachshund wiener dog paper towel dispenser in action via the video below. 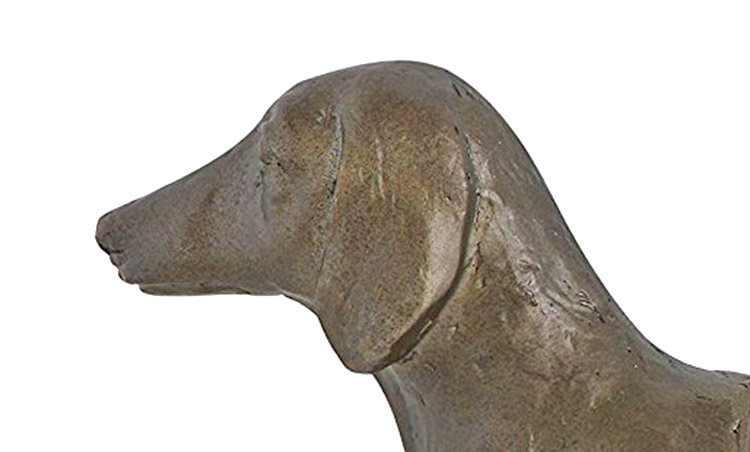 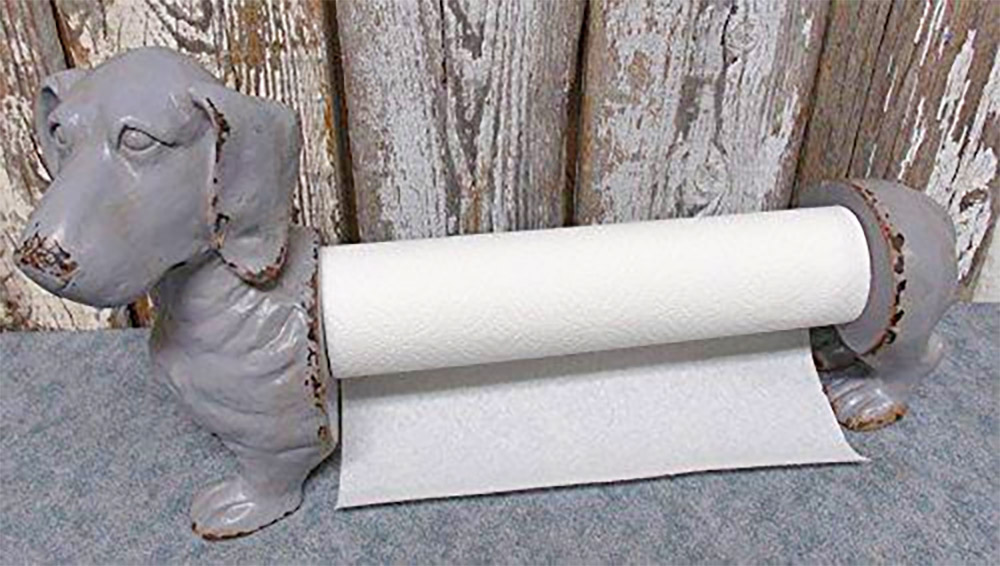 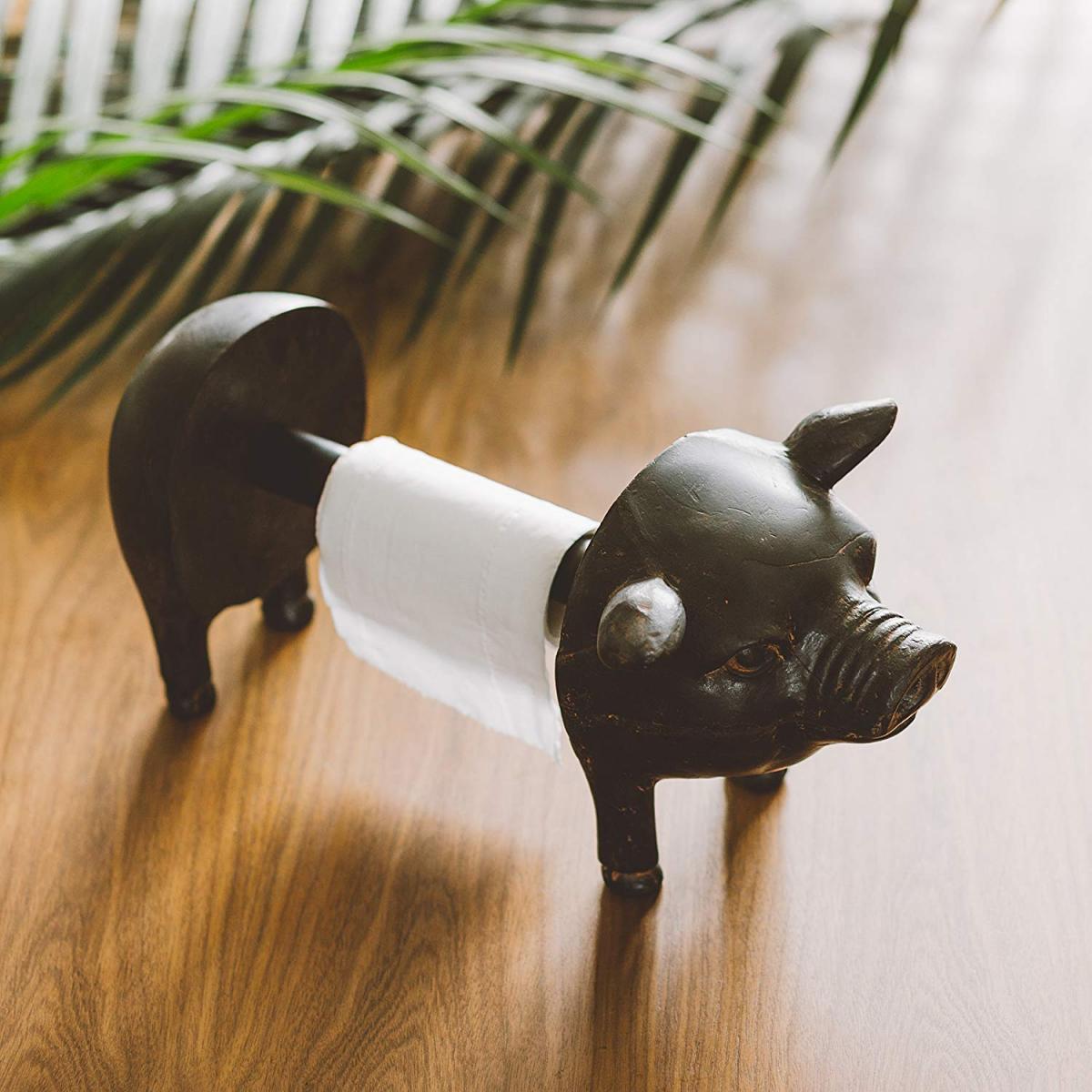 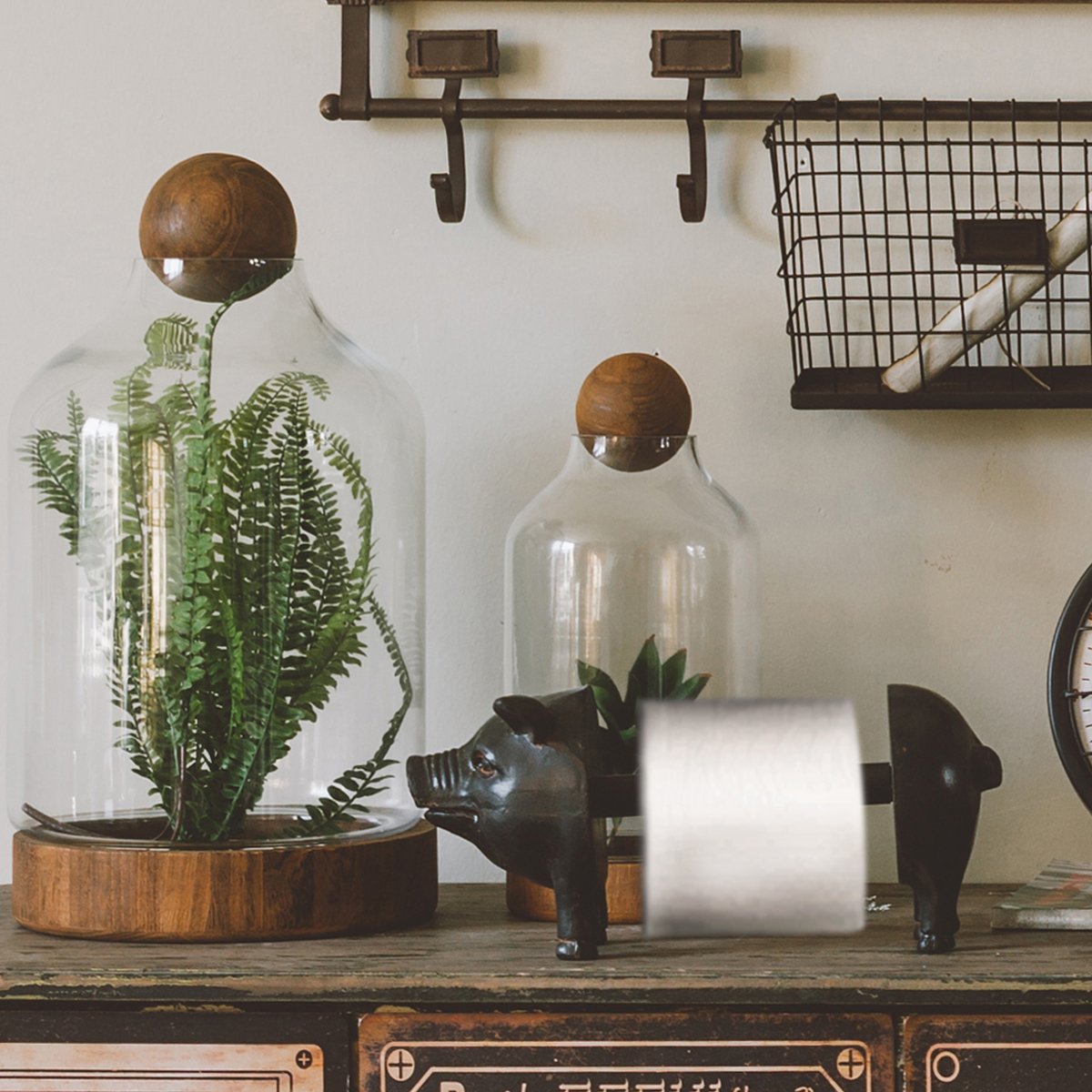