This Sensory Deprivation Skull Is The Perfect Napping Or Studying Space 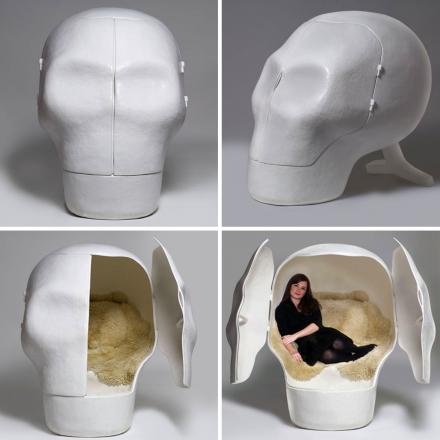 We live in a noisy and stressful world. Cell phones, traffic, TV, zoom meetings, Squid Game, all of these things seem designed to distract you and fill you with anxiety every now and then. If only you could get away from it all! Well luckily, there is a way that doesn’t involve slowly drifting out to sea on a bean bag pillow. 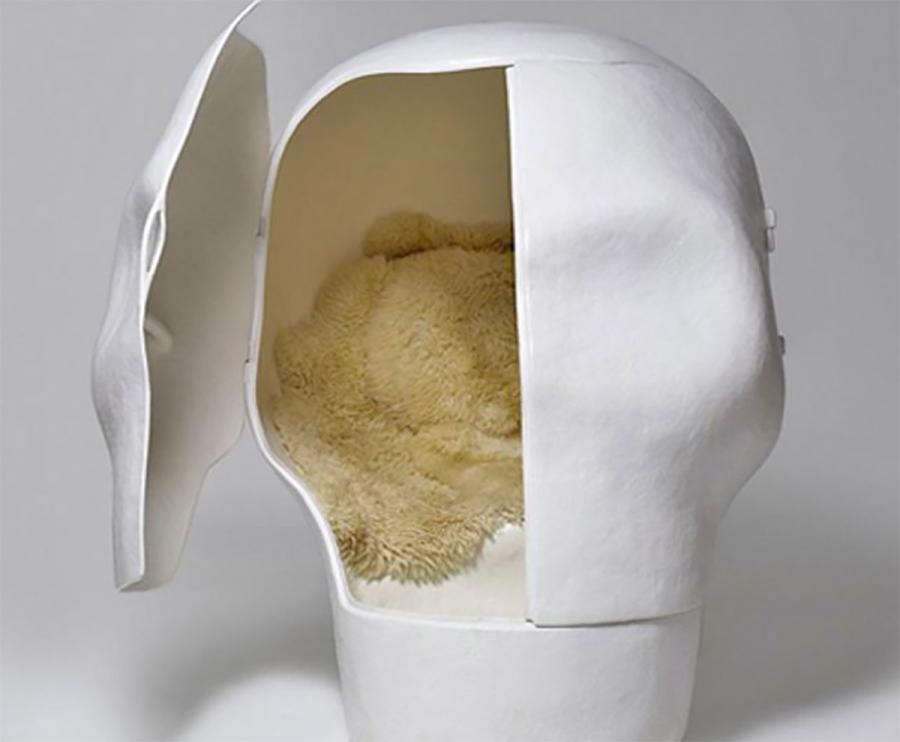 Allow us to introduce you to the Sensory Deprivation Skull Chair. Never heard of sensory deprivation? Well, it’s basically just as it sounds: you strip away all external stimuli and basically sit in a pitch black, soundproof room. 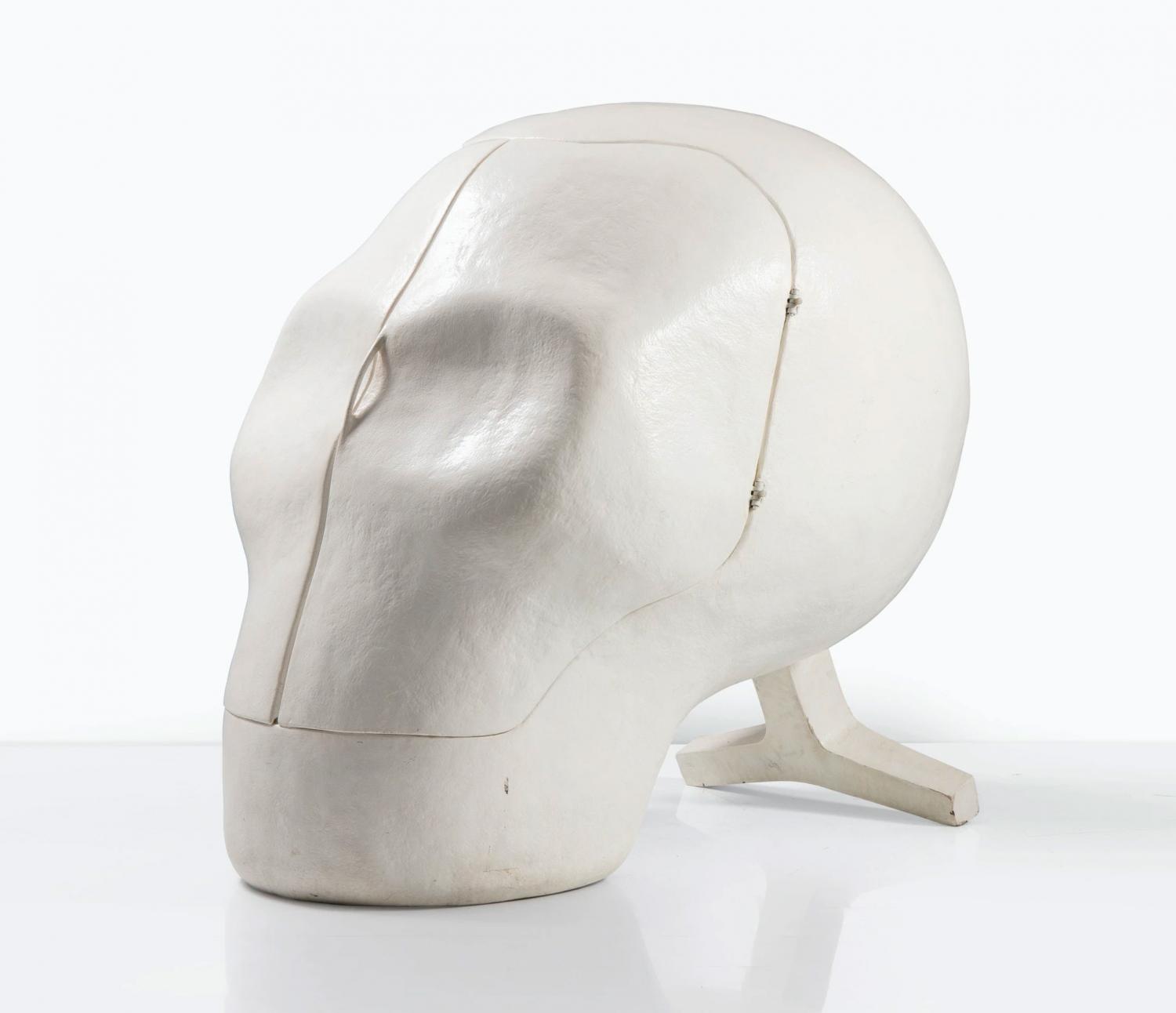 Now that may sound a bit like a coffin (eek!) but don’t be alarmed. Tons of studies have shown that sensory deprivation chambers can be great for reducing symptoms of anxiety and boosting creativity. Sure, they can also induce terrifying, psychosis-like hallucinations, but some people pay good money for those kinds of experiences (ever been to a music festival?) 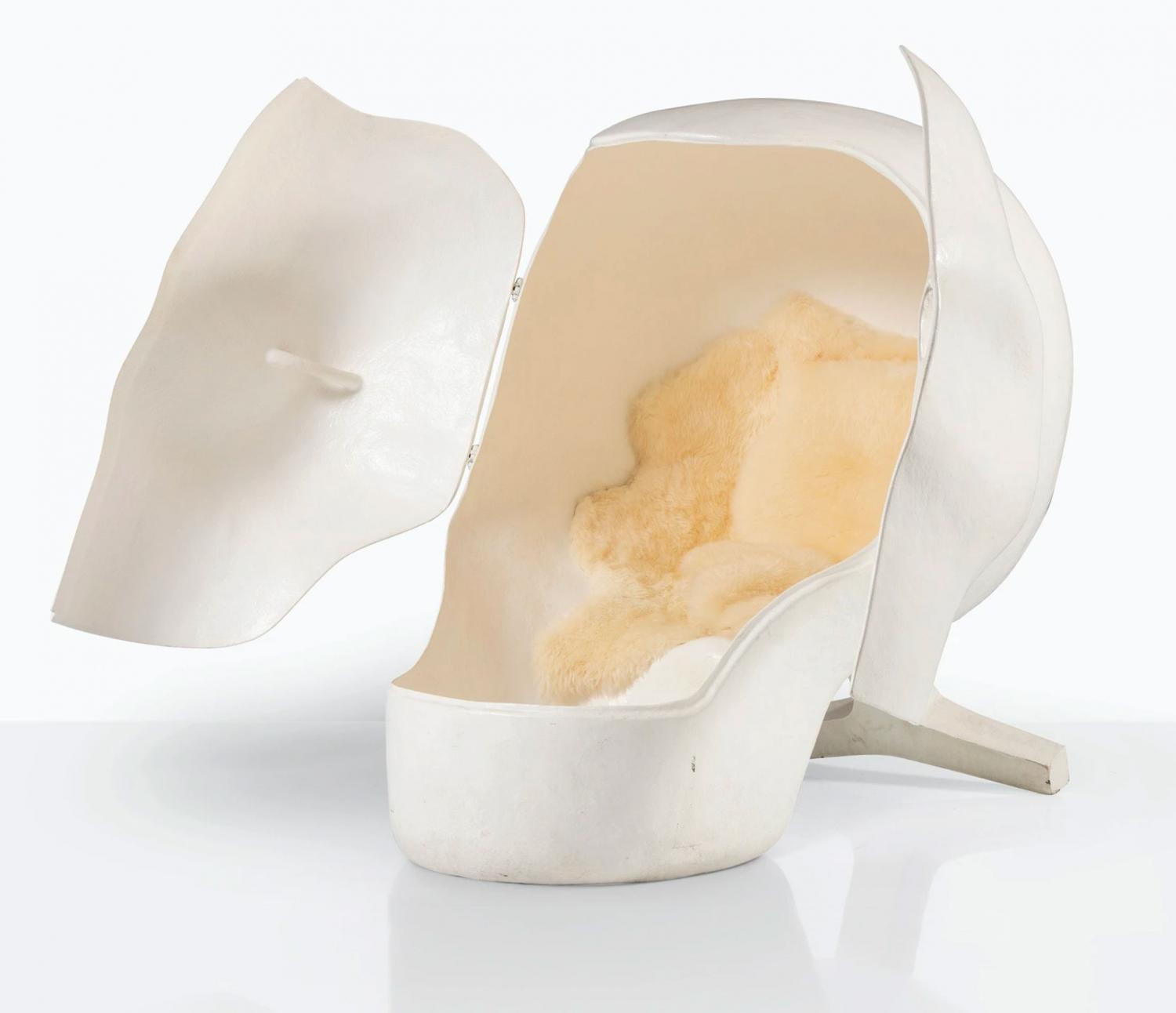 Designed by the Dutch creative studio Atelier Van Lieshout, the Sensory Deprivation Skull Chair is shaped like a giant human skull with two front facing doors that open outward. Inside the giant skull is a comfortably curved space with a cozy fur lining. 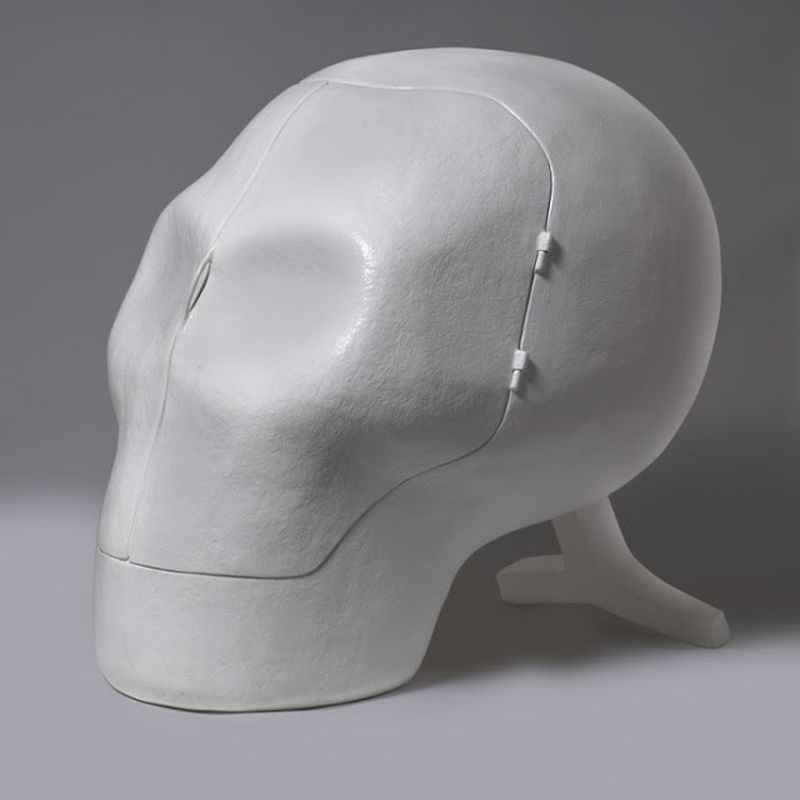 Crawl inside the dome of the skull and feel the limitless wonders of the universe *guitar solo*! Sorry, for a second I thought I was writing a prog rock song. 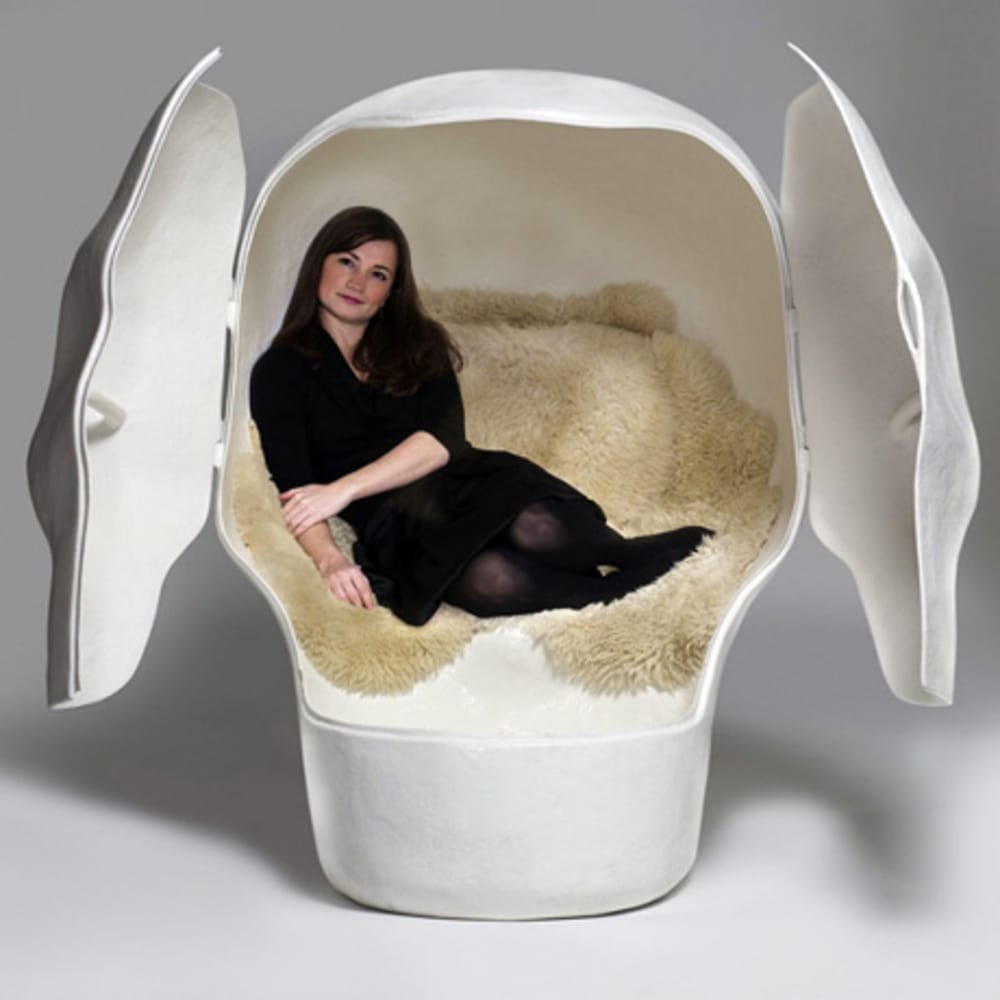 But seriously, crawl inside the skull and you have a perfect space for distraction-free napping or peaceful contemplation. You could even add a light and have a comfortable study or reading space. 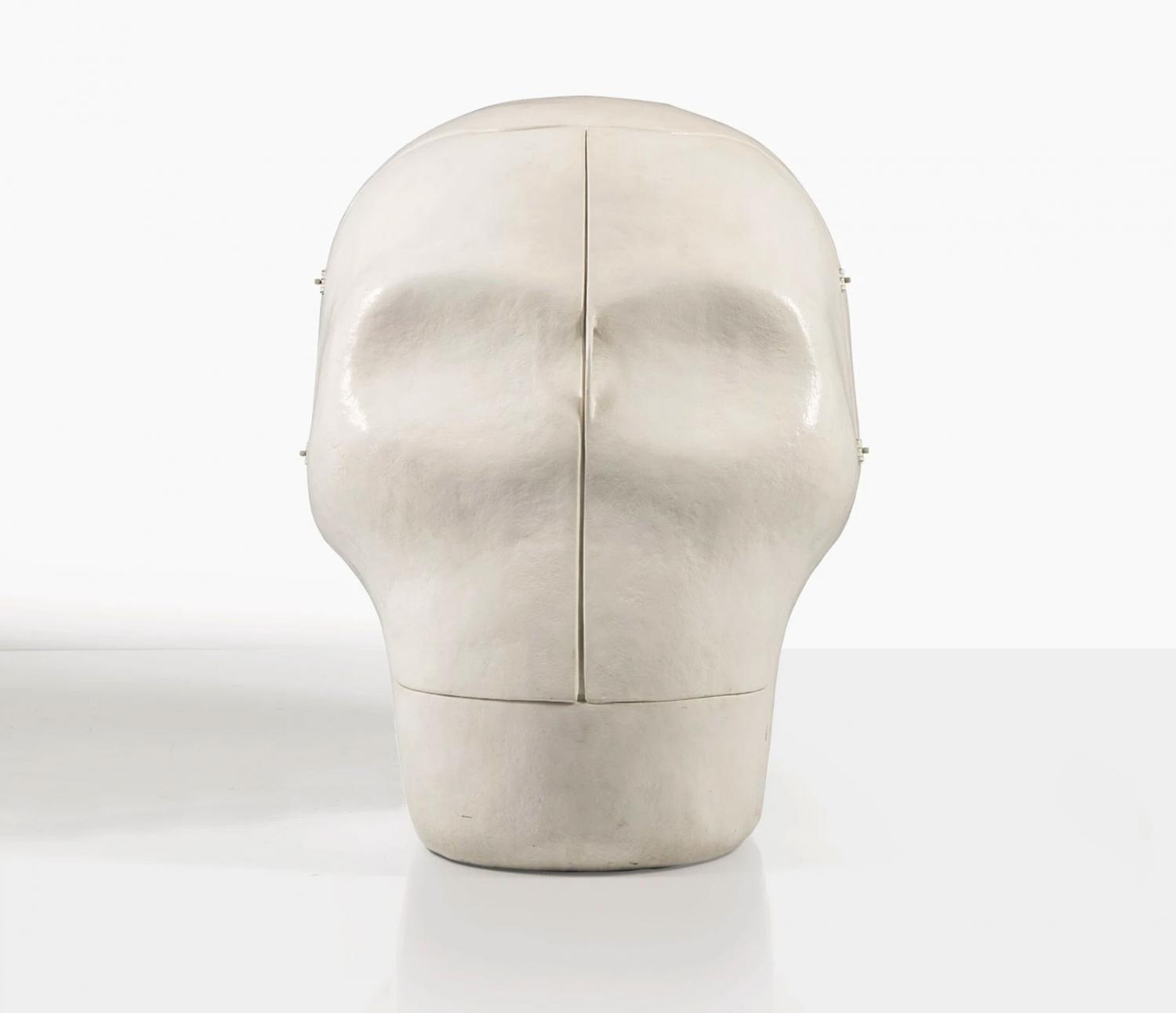 The idea of entering a giant fiberglass skull might seem a little freaky, but the designers actually chose the shape for its metaphorical value, since you can use the deprivation chair to access the far reaches of your own mind. Get it? Me neither. 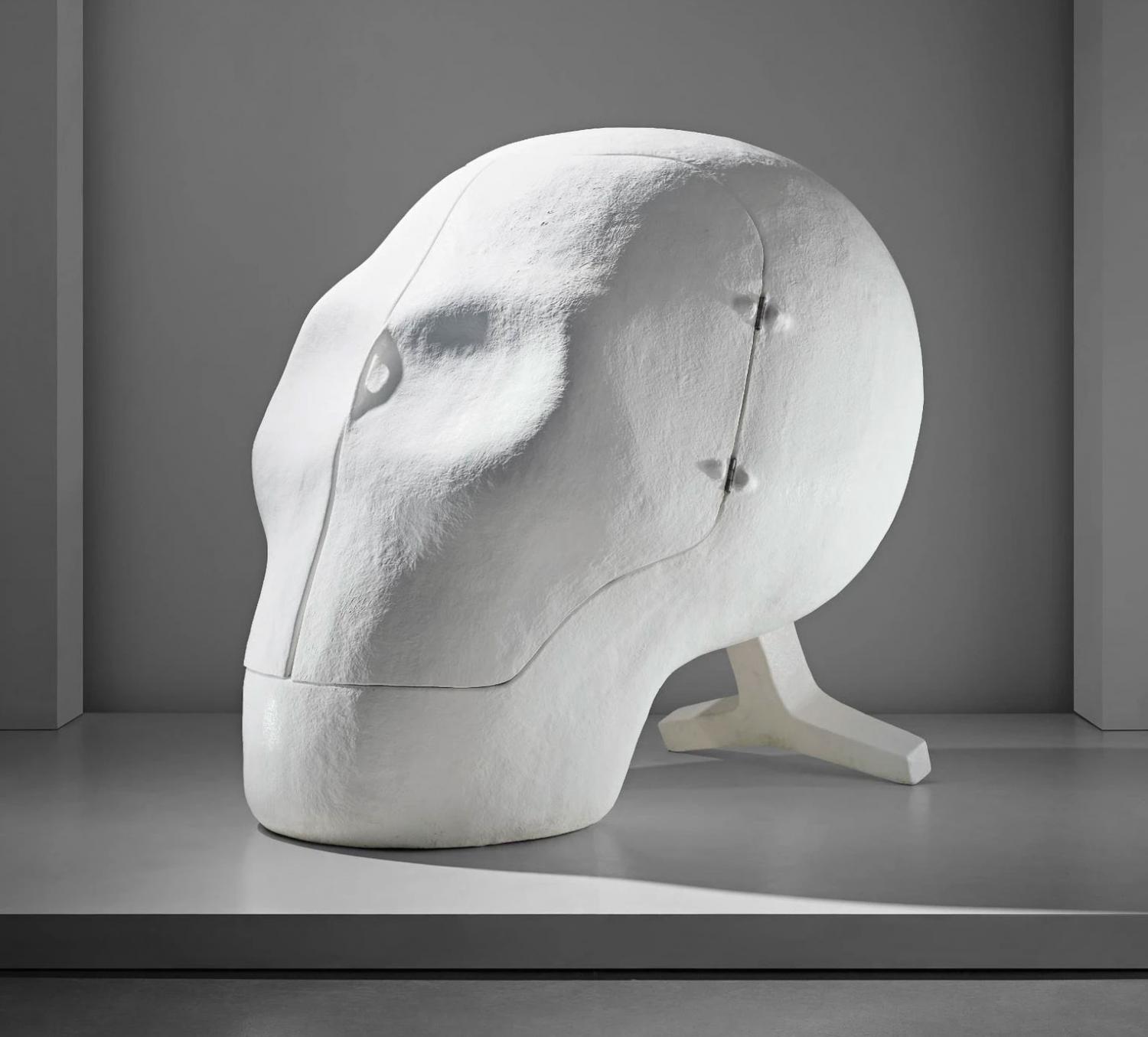 Beyond its primary use as a deprivation chamber, the sensory deprivation skull is also very cool as a sculpture, particularly if you are into skull shaped stuff. 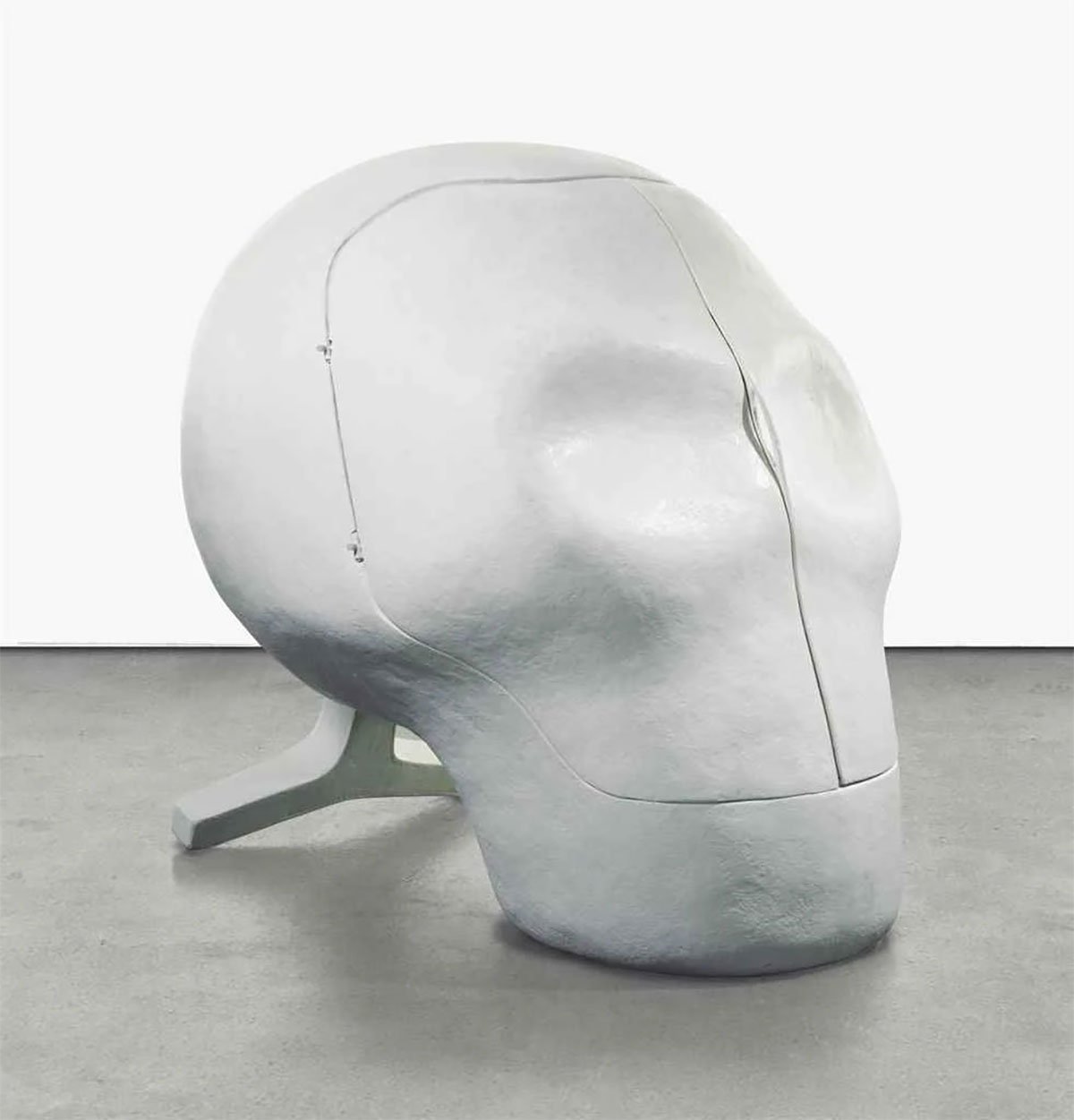 Just imagine hitting the skull and spine beer bong while lounging in your skull shaped lounge chair, then bidding your friends farewell as you retire to your skull shaped sensory deprivation chamber. Maybe that’s a little too extra, but you get the idea!

The founder of Atelier Van Lieshout, Joseph Van Lieshout says that the skull deprivation chair should be seen as an art piece, explaining, “This small skull is inspired by the Study Skulls and other Skulls Joep van Lieshout made in the late nineties. Making use of the minimal space needed for the body to relax, this unit opens out to reveal a room in which the user can escape the sensory clutter of modern life.” 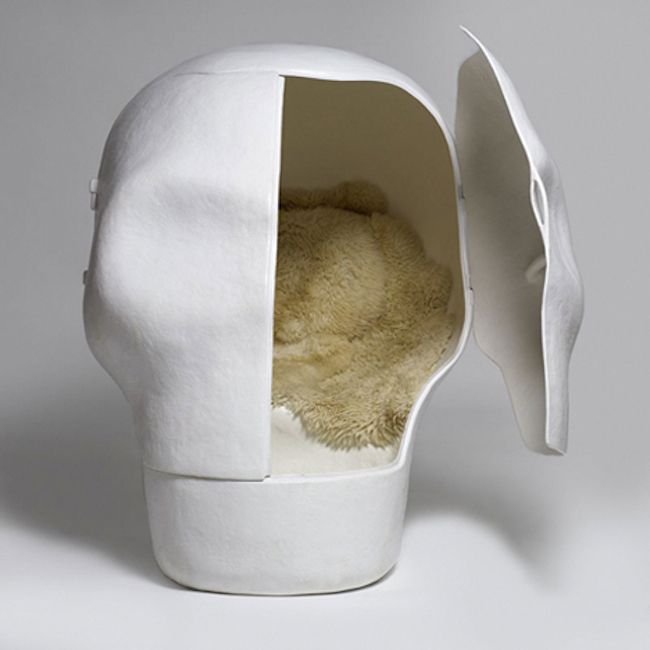 While it is true that the design firm has unveiled many other works that straddle the line between art and functionality, I plan on snagging one of these fiberglass skull chairs the next time I am in the area. Do you think it will fit in my checked bag? 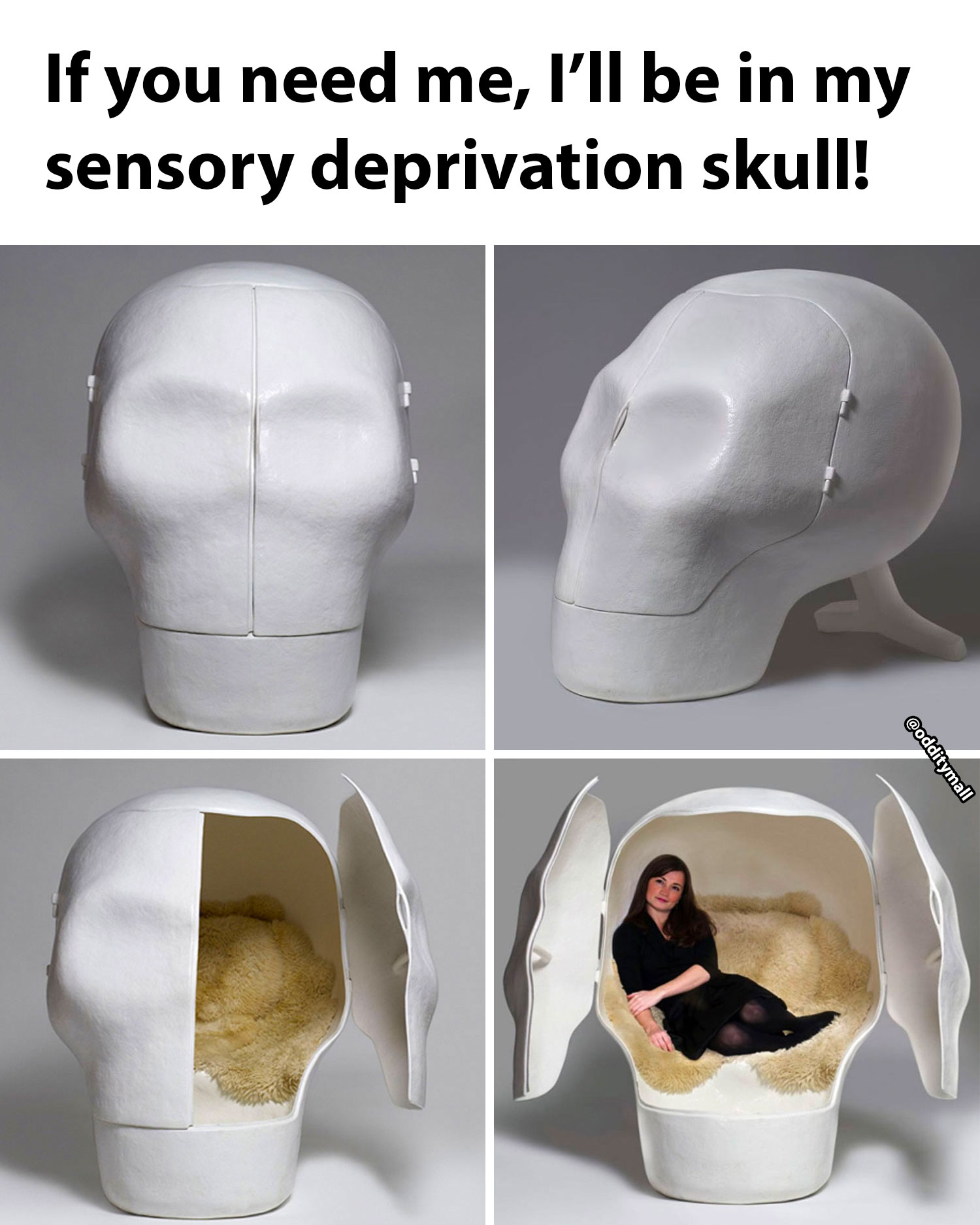