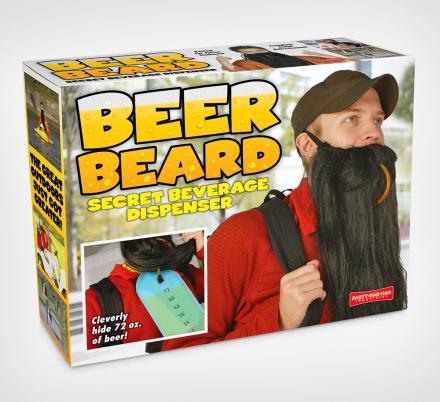 There's nothing we love more than a good inconspicuous drinking product! If you've been around here long enough, you probably remember us from such glorious hidden drinking products such as the baby flask, the hide-a-beer can sleeve, the underwear with a secret flask pocket, or perhaps the wide array of unique and hidden flask ideas we've posted in the past. This time around it's a fake beard that hides a secret beer dispenser inside. Except unfortunatley, it's a fake product!

The Beer Beard is actually yet another hilarious prank gift box by Prank-o, with other genius prank boxes include the DIY Vasectomy Kit, the Baby Shield, and the hide-a-poo fake rock. It works by sticking your real product inside the prank box, and getting the best of reactions as they unwrap their gift thinking they got something this ridiculous. 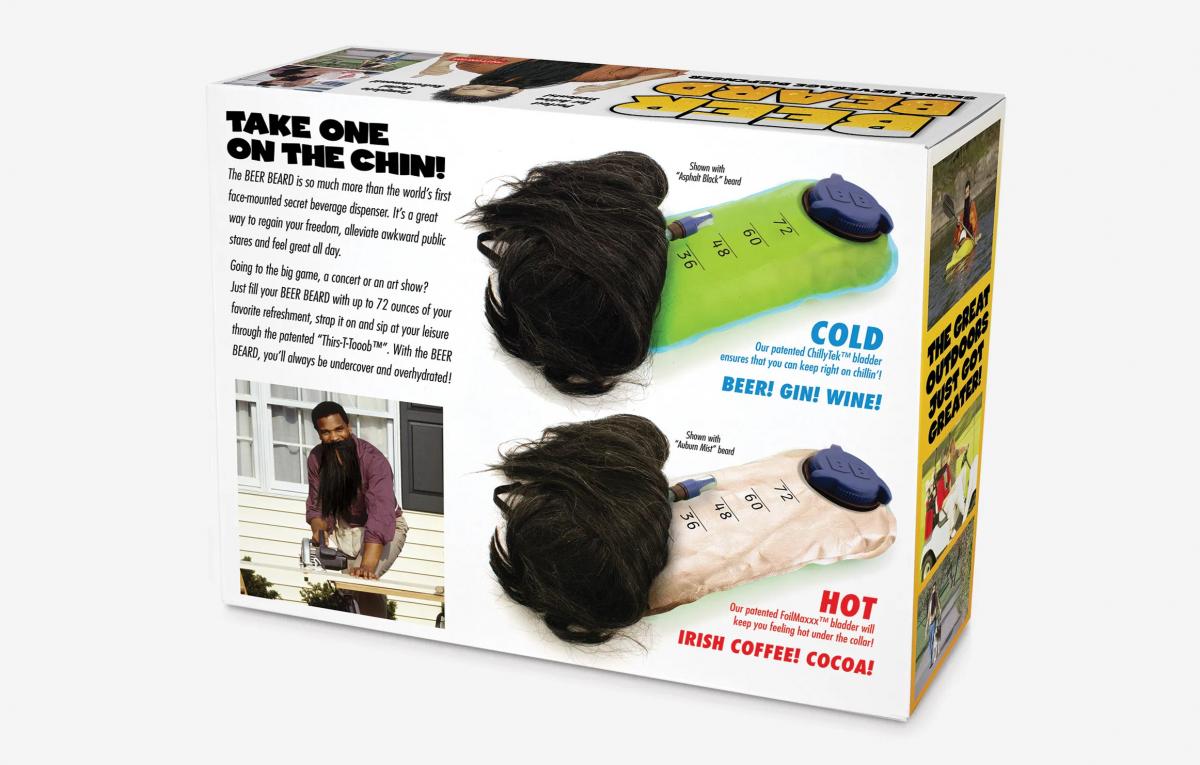 Unlike some of the other prank boxed we've featured in the past, in reality, the Beer Beard doesn't seem like it would be that crazy of a product to actually buy and use. It offers an ingenious way of hiding a drink that you can take a sip while on the go, at a music festival, sporting event, or just when you'd rather not use your hands to deliver your drinking vessel to your mouth. 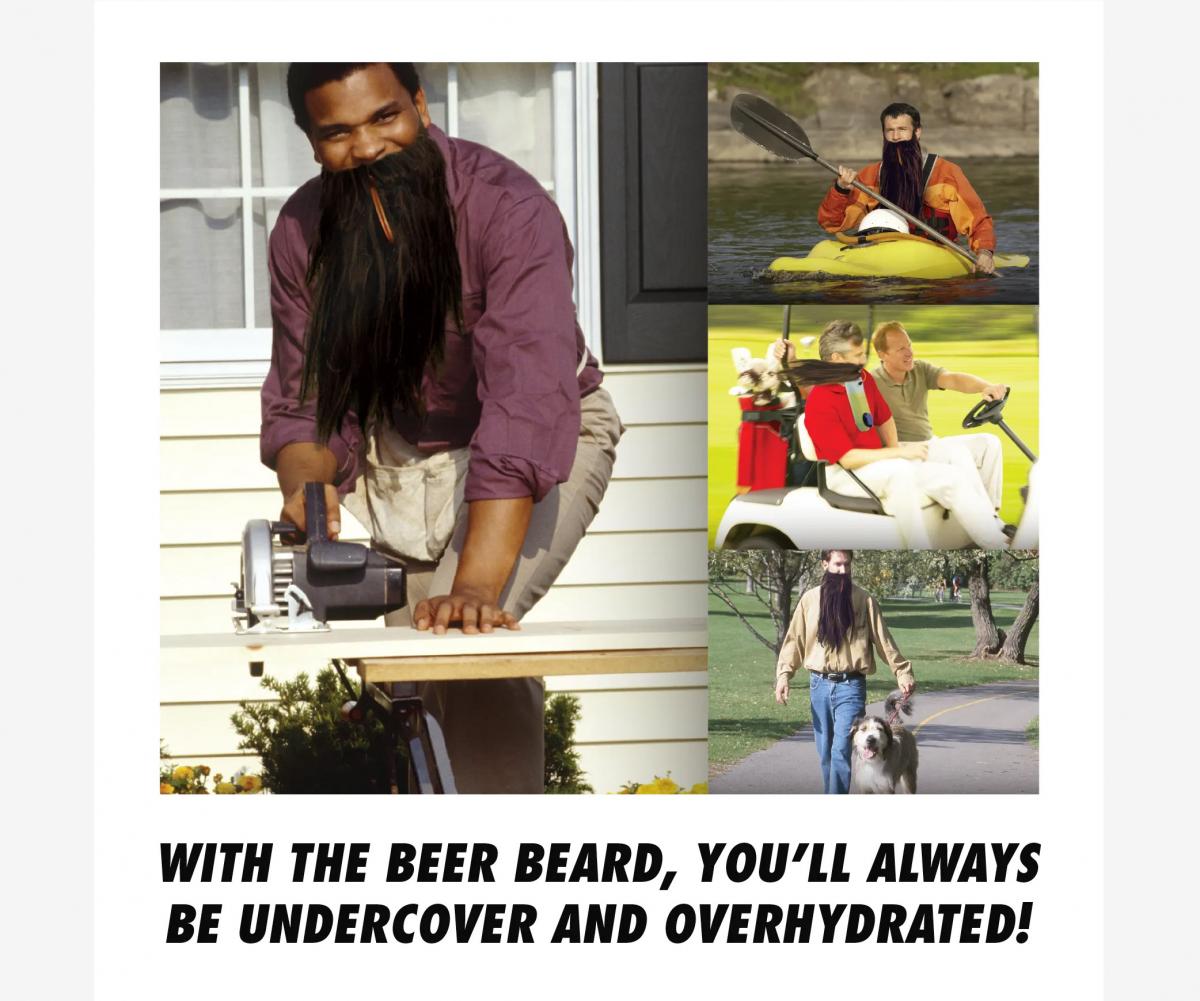 As the Beer Beard states on the product box:

"Take One On The Chin!"
"The BEER BEARD is so much more than the world's first face-mounted secret beverage dispenser. It's a great way to regain your freedom, alleviate awkward public stares and feel great all day.
Going to the big game, a concert, or an art show? Just fill your BEER BEARD with up to 72 ounces of your favorite refreshment, strap it on and sip at your leisure through the patented 'Thirs-T-Toob'. With the BEER BEARD, you'll always be undercover and overhydrated!" 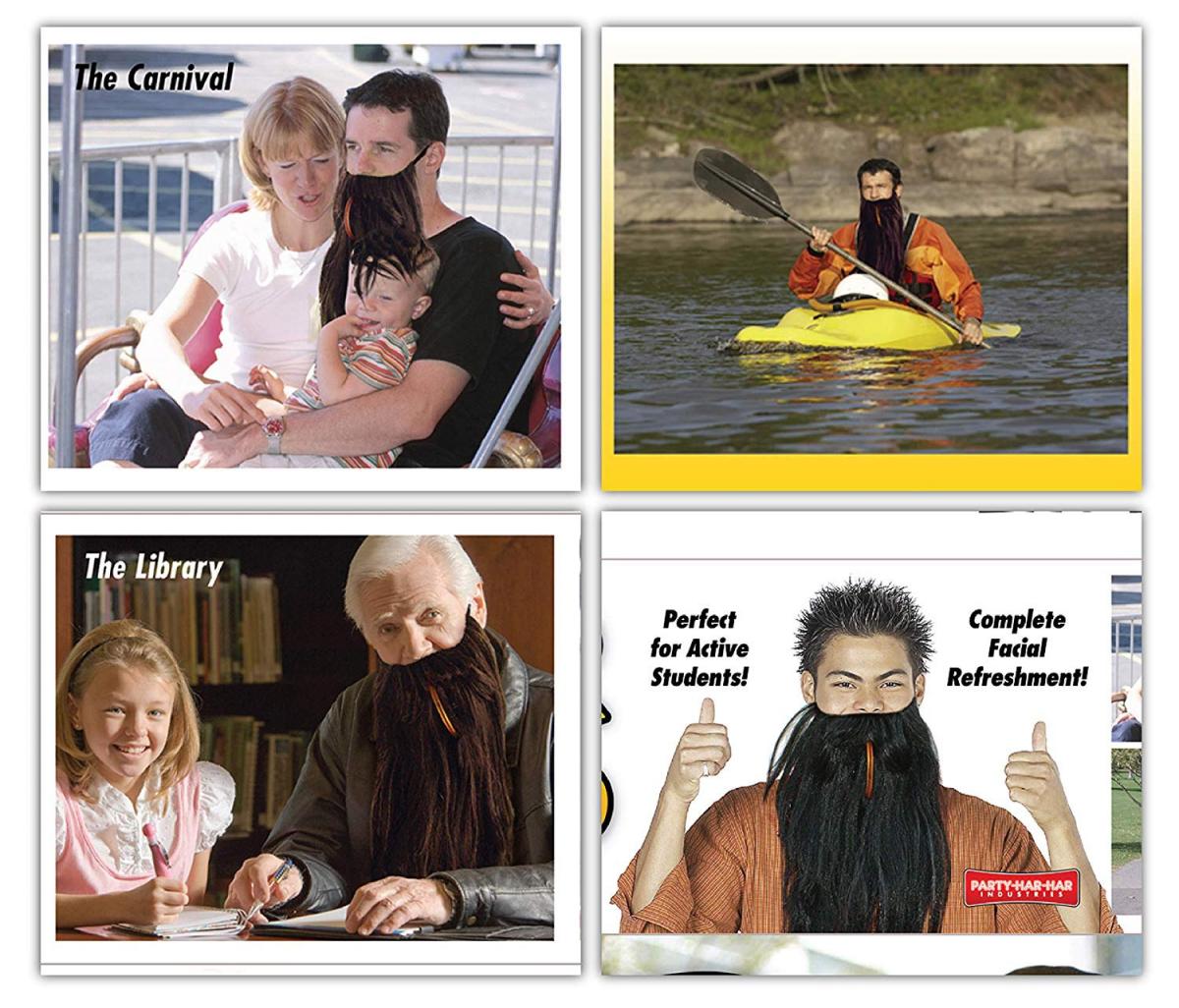 The drink holding fake beard is also said to be able to keep your drinks either hot or cold depending on the type of bladder you use with it. This way no matter what season it is, you can have your drink at the perfect temperature you like no matter where you are. "The patented Folimaxxx bladder will keep you feeling hot under the collar", and the "Chillytek bladder ensures that you can keep right on chillin." 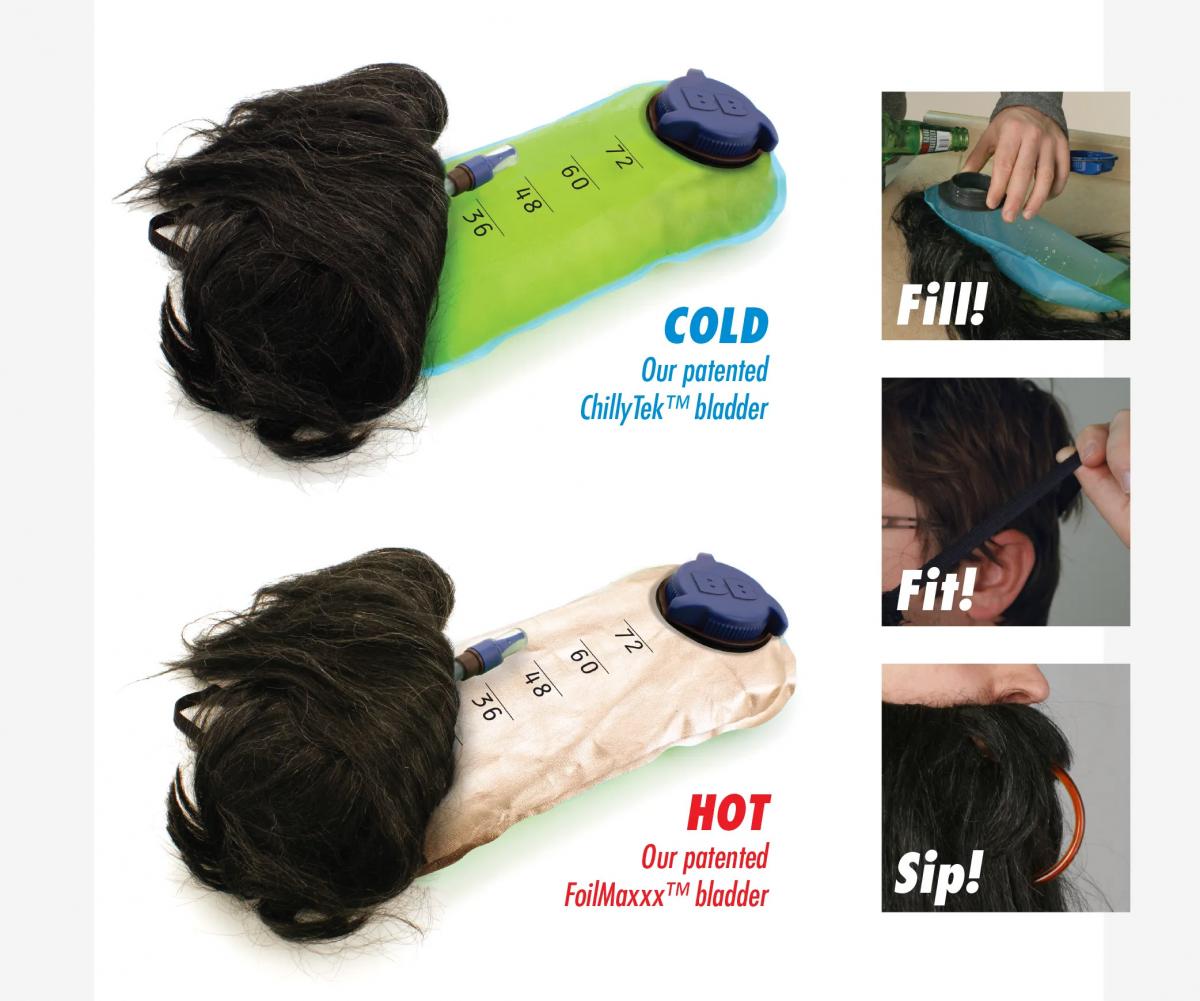 "The Great Outdoors Just Got Greater!" 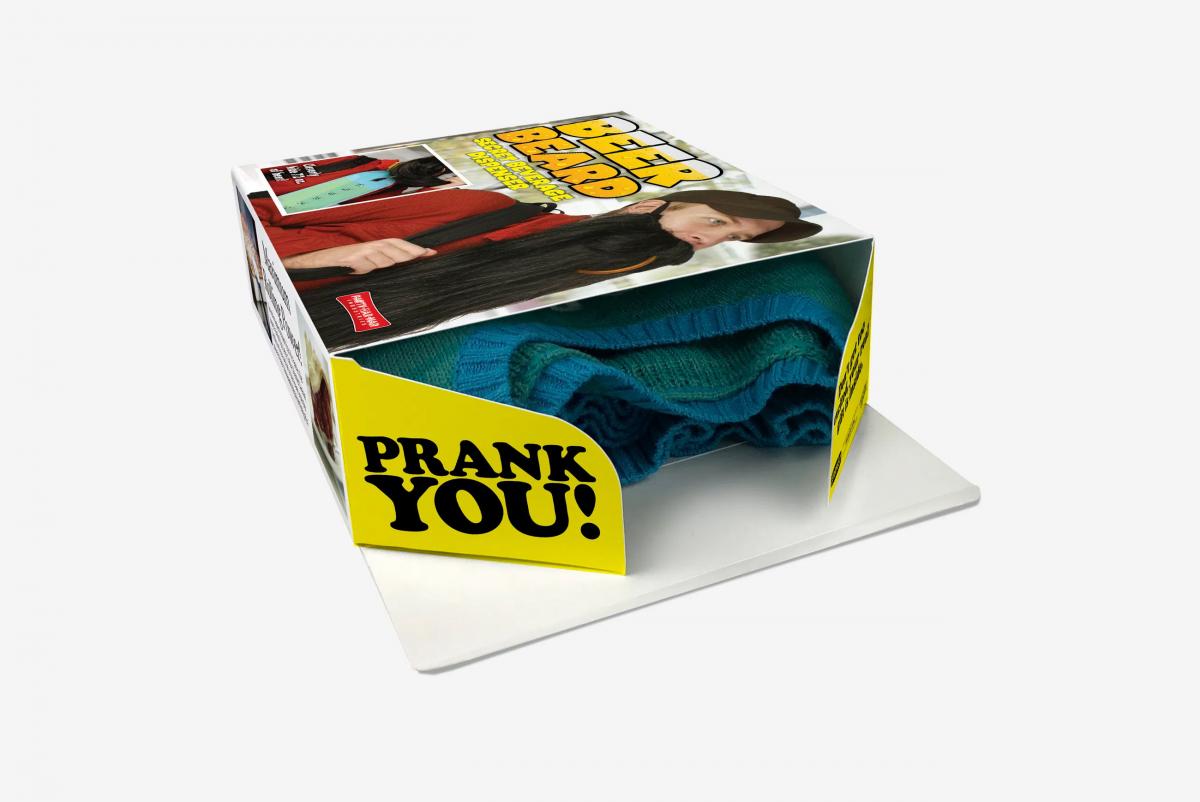 The fake beard beer dispenser fits over your head just like any other fake beard you've ever seen. Except this one just has a drink bladder hidden inside of it. So just fill up the bladder, fit it over you head, and start sipping in public without anyone judging your decisions! 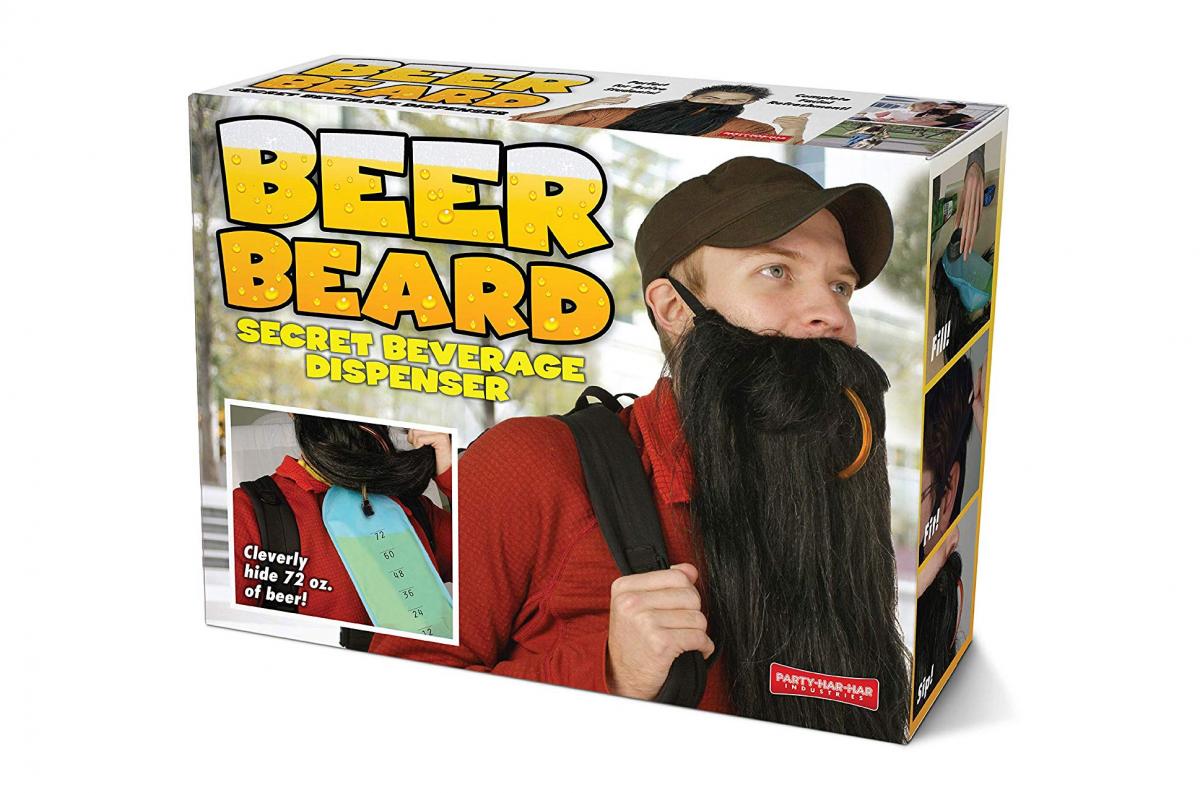 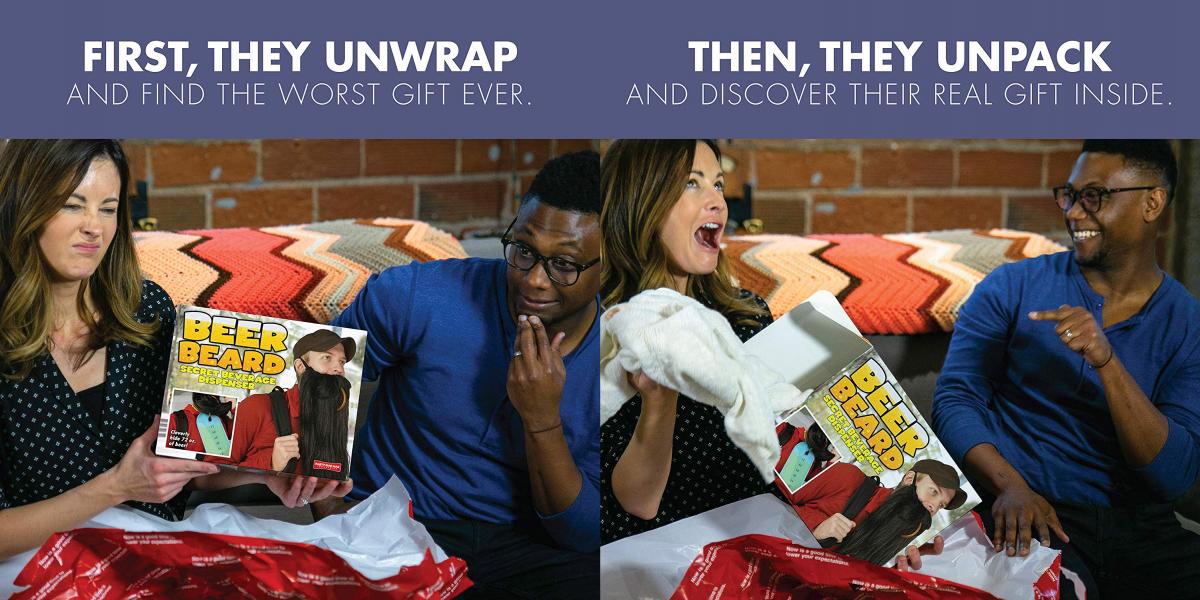 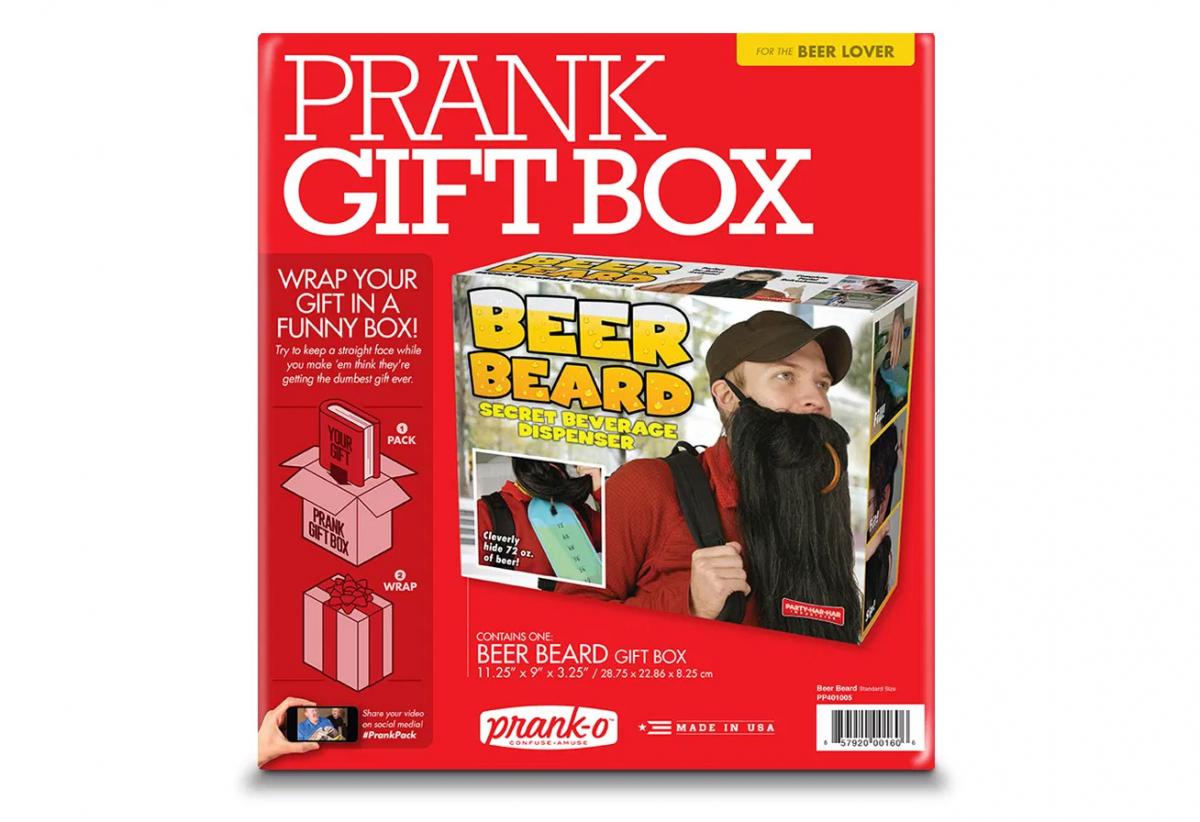