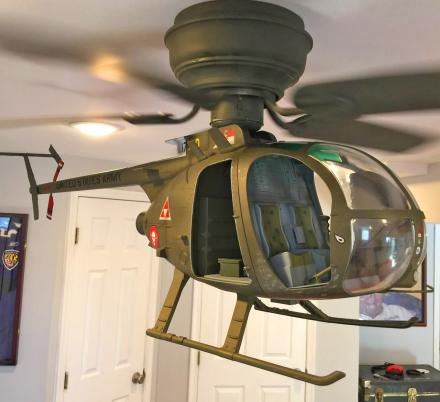 It's been the dream of kids and stoners for millenia... "What if we turned that fan into a helicopter?". Well the dream has now become a reality, thanks to these brothers, we now know it's possible to turn your existing ceiling fan in to an amazing military helicopter. The only problem now will be avoiding hitting your head on the landing skids of the helicopter as you walk under it.

How it went down is, one brother saw that someone made a DIY helicopter fan, so he sent it to his other brother, who then unbeknownst to him bought everything needed to make his own helicopter fan. He then invited his brother over to help him build the fan, and they recorded the whole process and uploaded it to YouTube. 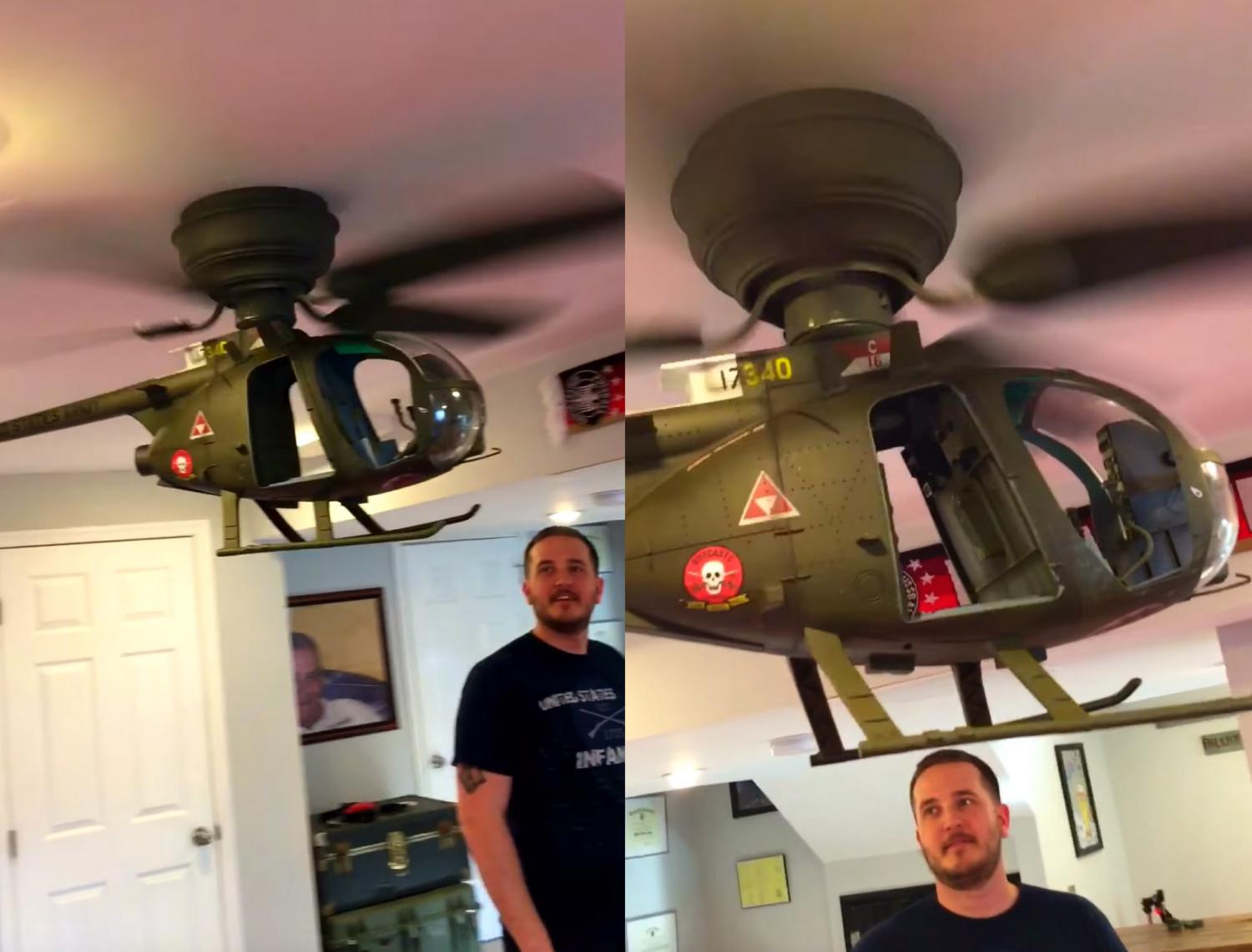 Things you'll need to build your own DIY helicopter fan: 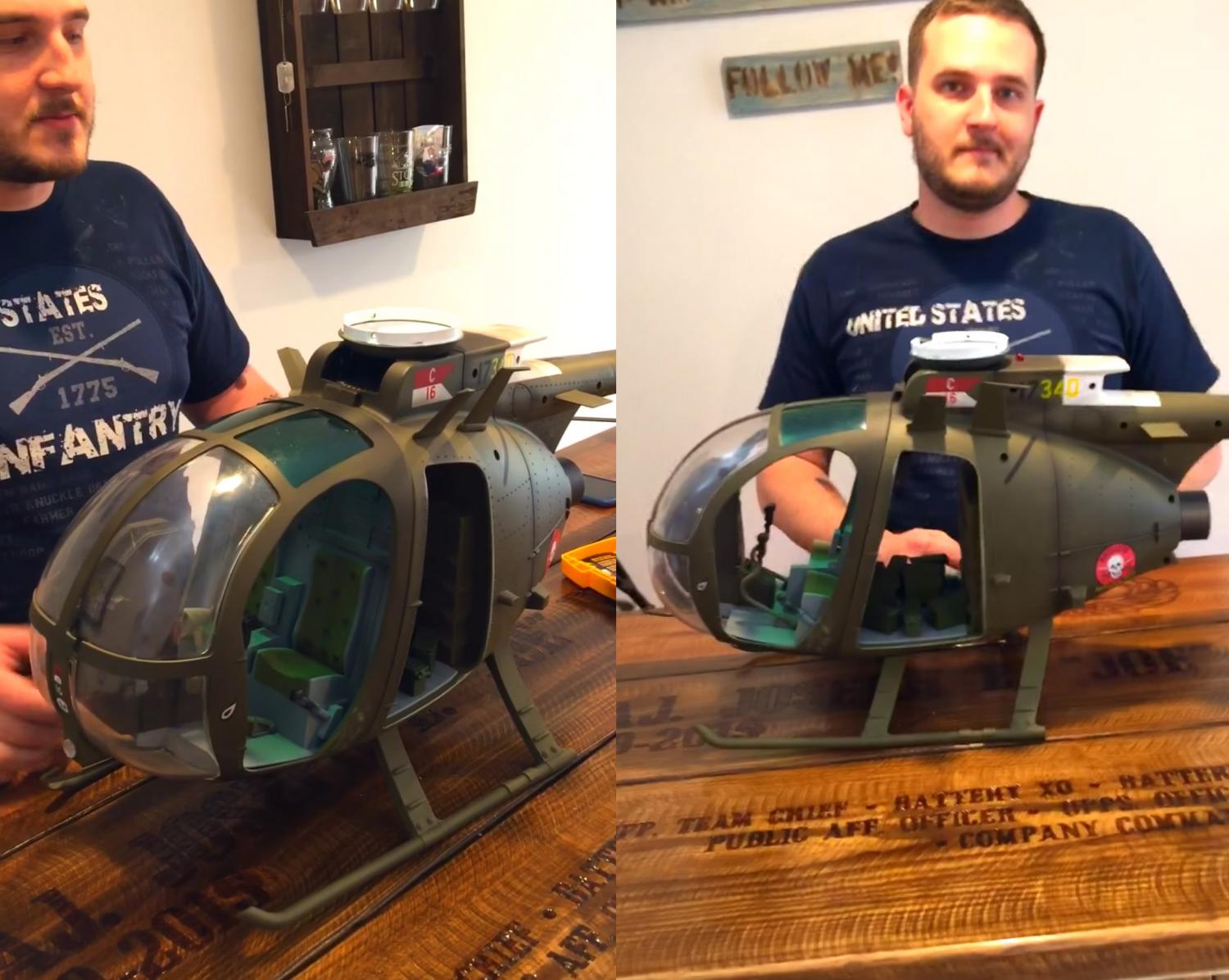 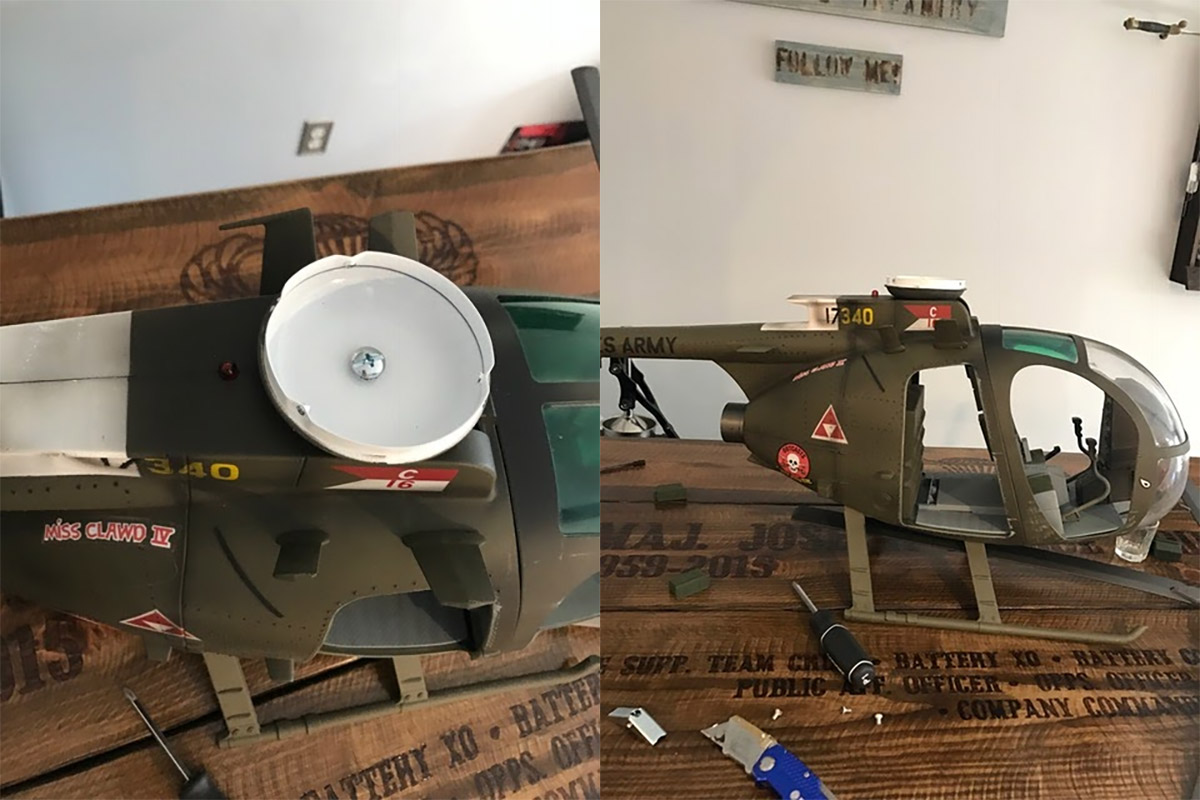 Of course, you'll want to watch and follow along with the full instructional video they created on how to mount the helicopter to your ceiling fan, but I thought we could give you the gist of how they went about doing it. The end result is an incredible military ceiling fan that seems to just be missing the sound effects of an actual helicopter when it's turned on. It also would make a great gift idea for helicopter pilots, war movie lovers, people in the military, and more. 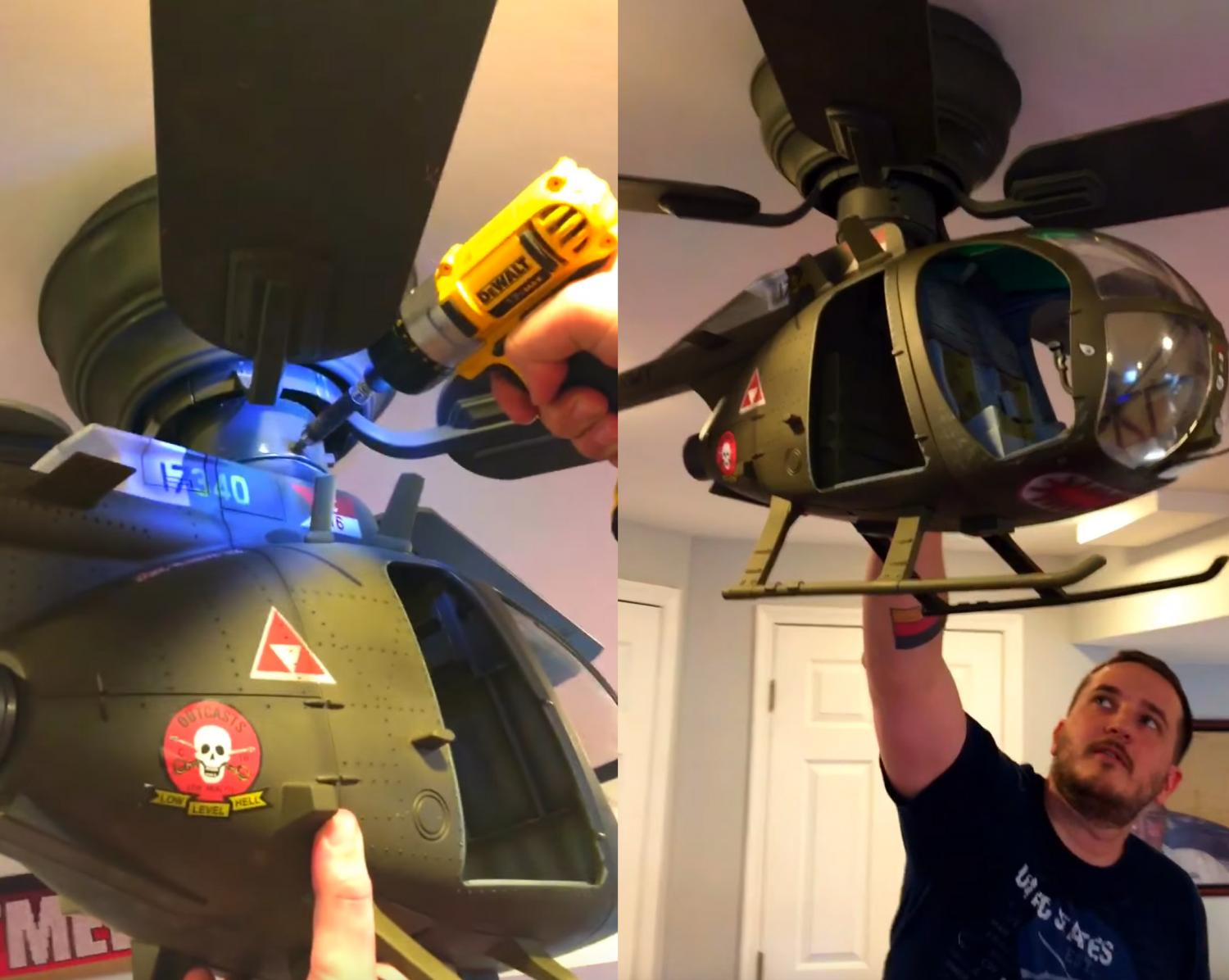 For their helicopter fan, they chose a OH-6 1:6 Scale Helicopter to attach to their Ceiling Fan. 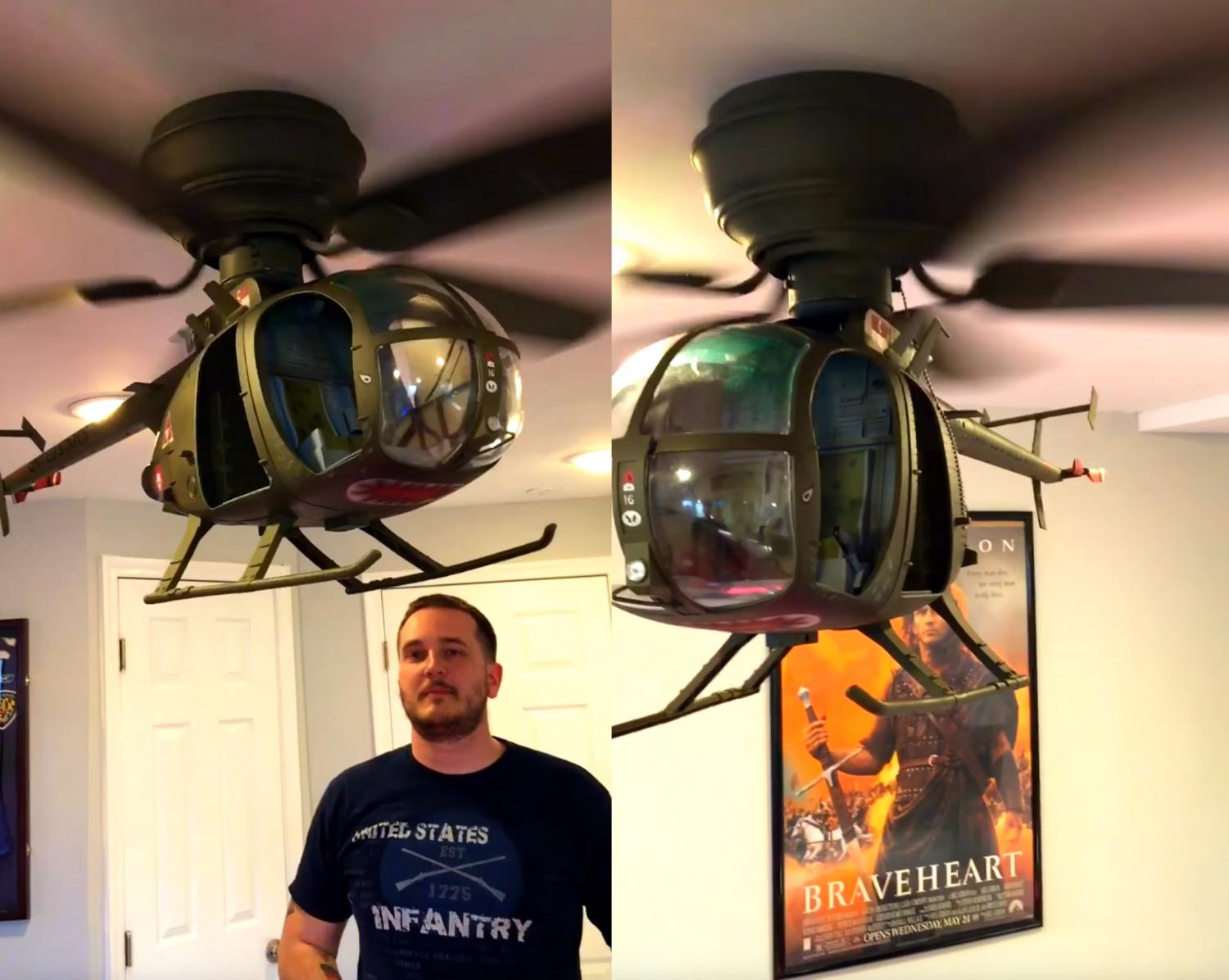 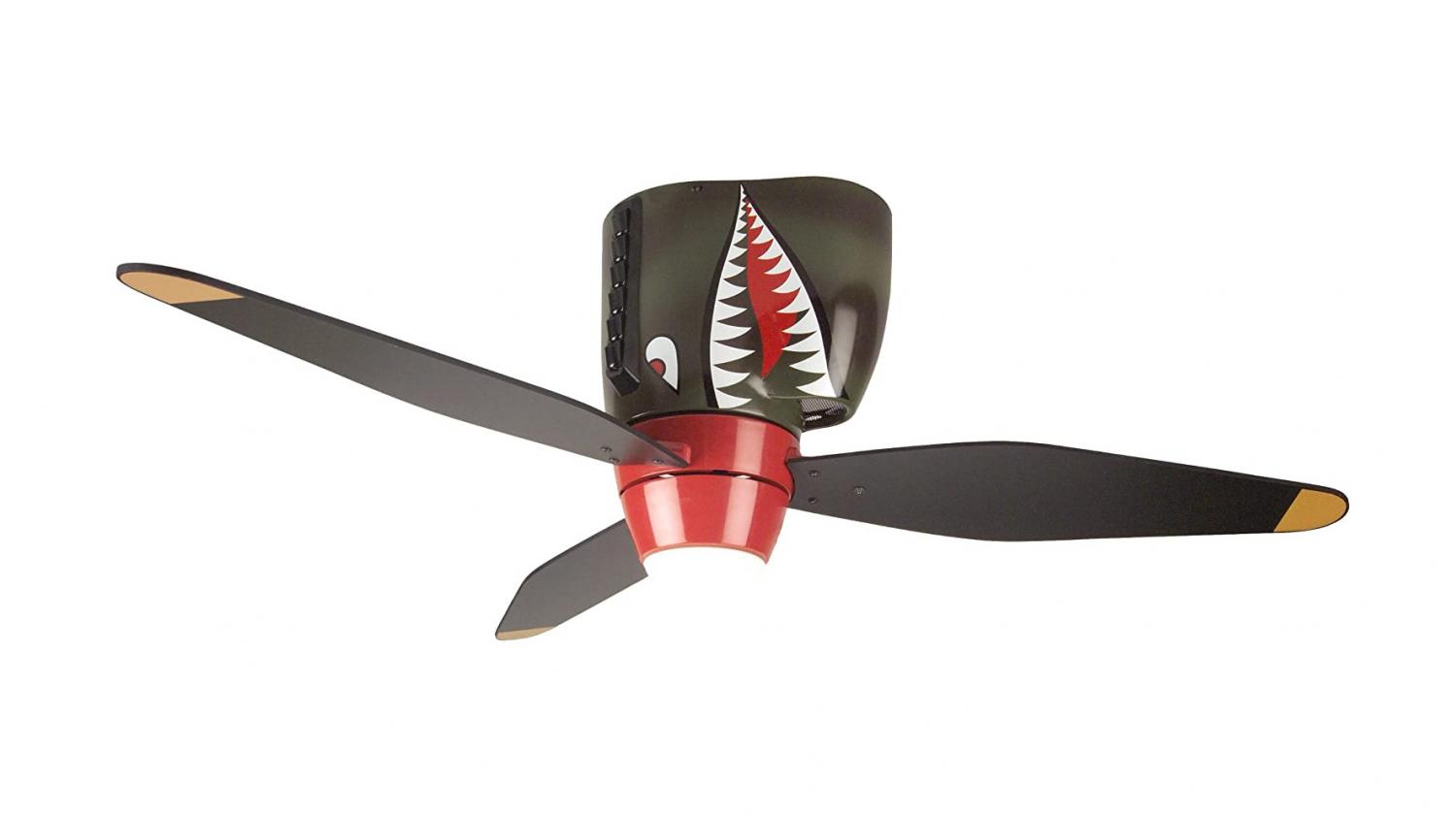 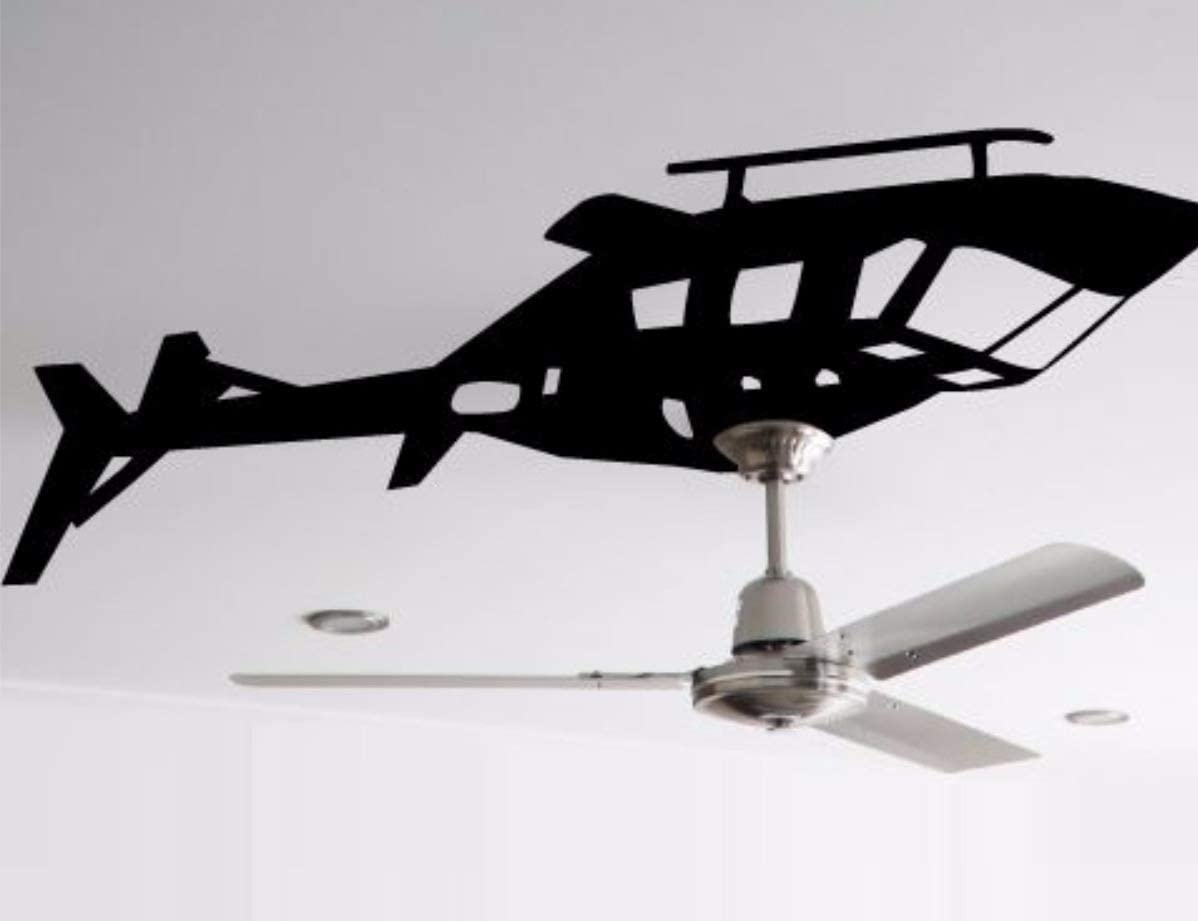 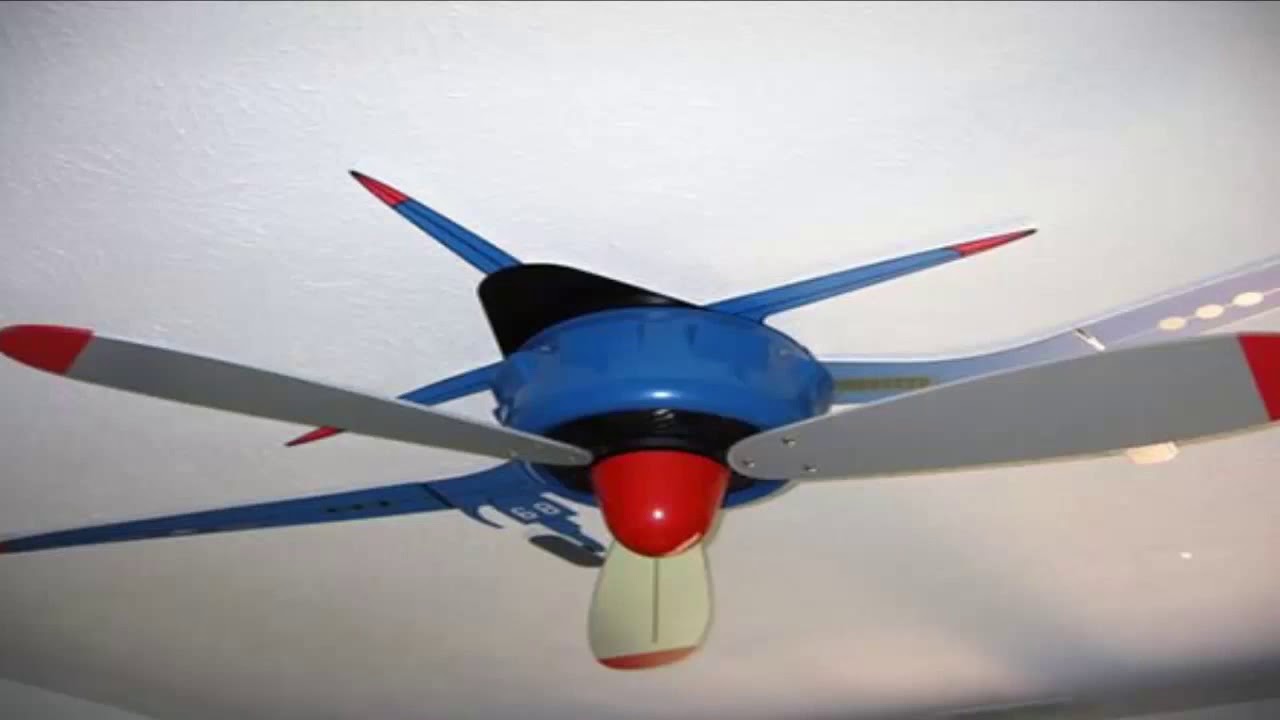 A helicopter ceiling fan pull-string (perhaps the most simple solution) 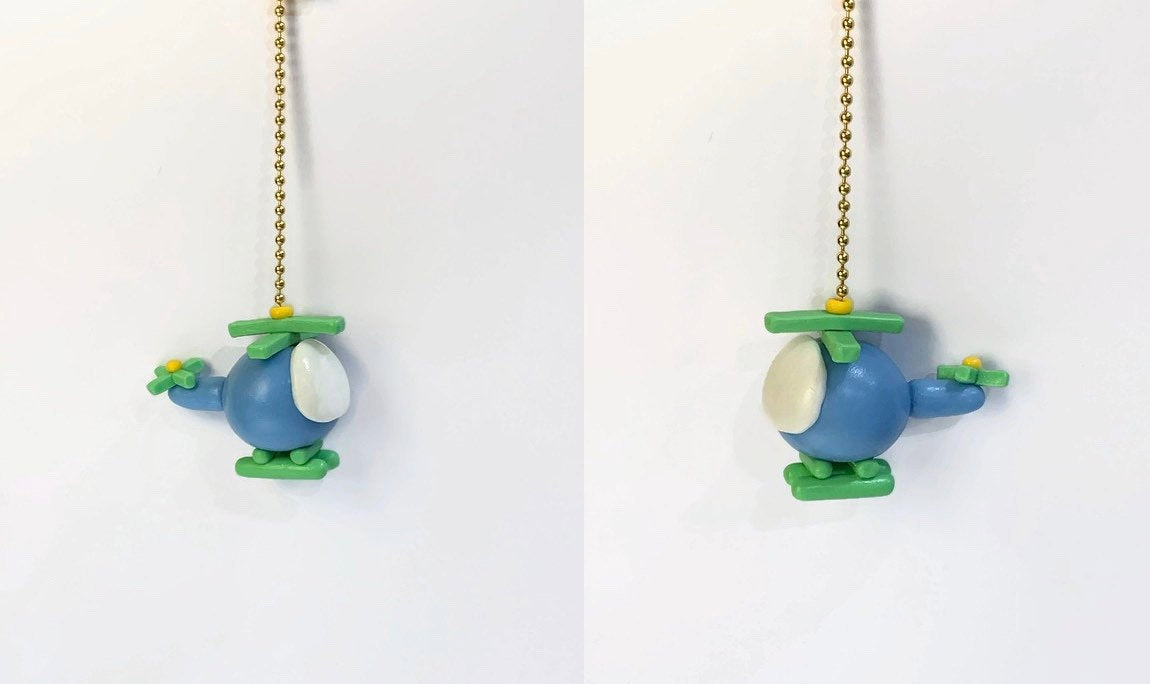