There's Now an Exercise Bike That Doubles as a Washing Machine 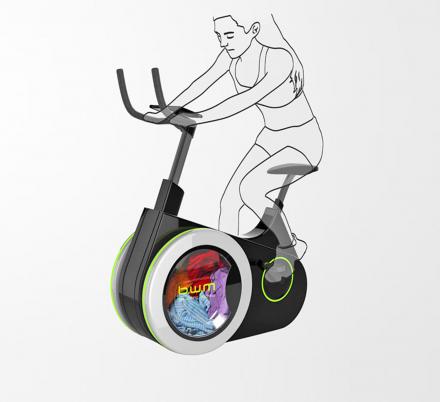 We always love a good dual-purpose product, or one that kills two birds with one stone, which is why we've featured such innovative products such as the tape/scissors combo, or the ingenious car seat that converts into a stroller. When it comes to living off the grid, or just conserving on money or energy/power used, having a good dual-purpose product at home is even more key. That's why someone invented this brilliant exercise bike that doubles as a washing machine.

The exercise bike washing machine places a large drum where the front wheel of the bike would be, which is wear you put your dirty laundry. Once you fill it with some water and laundry detergent, you can simply exercise on the bike and start pedaling to spin the drum while simultaneously cleaning your clothing. 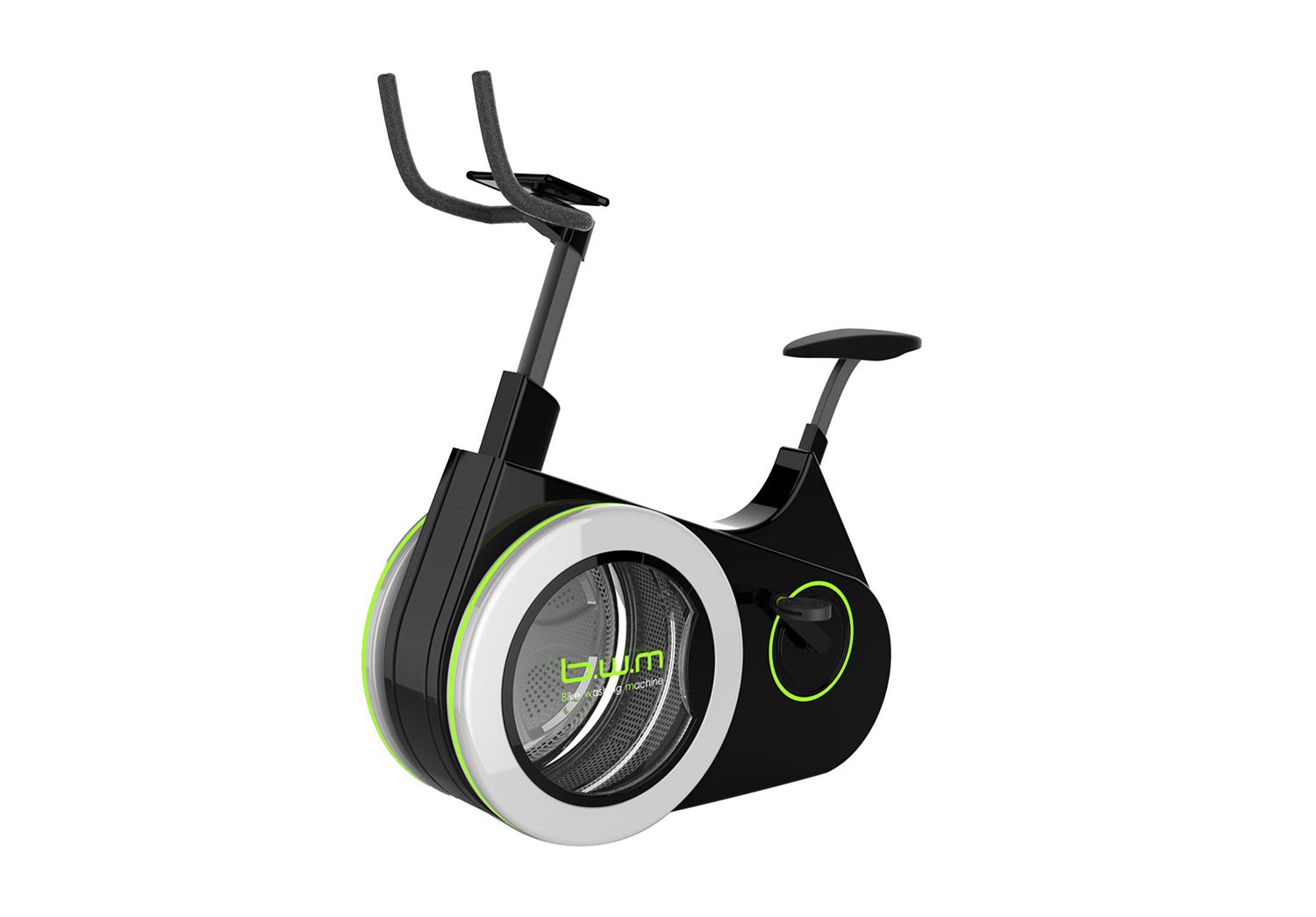 While pedaling, the bike washing machine uses resistance to also charge a battery located on the back of the machine to accumulate power to use at a later time or throughout the use of the bike. I would imagine either a removable battery that you can use to charge your devices, or the back of the bike would have various ports to be able to charge or power an array of different electronics. 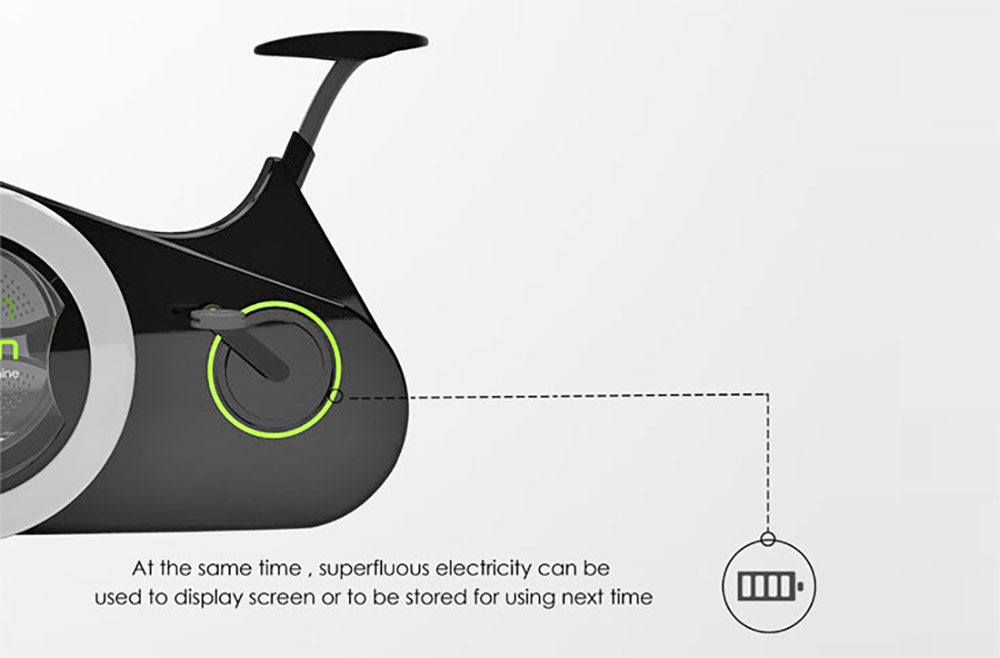 I say "I Imagine", since the bike washing machine is just a concept for now, as it was designed by Chinese students of Dalian Nationalities University back around 2015. Designers of the exercise bike washing machine include: Xuefei Liu, Di Fang, Linhao Su, Zhanbing Li, Xiaoyu Gao Xueyi Wang, Wen Fan, Liying Zhu, Deqian Zhao, Huan Li, Mengmeng Hu and Weiwei Li.  Though, after doing some research on the bike washing machine, we did find a listing on Alibaba that seems to sell a very similar product. 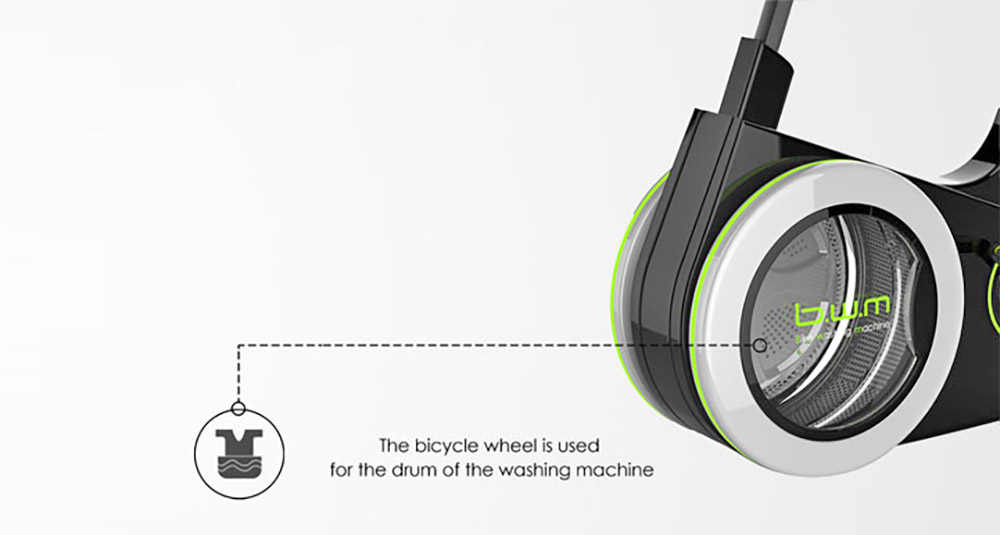 A perfect gadget to help live off-the-grid, the bike washing machine isn't the first invention to help clean clothes without electricity, with others including the portable laundry cleaning bag for surfers, the Lavario manual clothes washer, the drumi step-pedal laundry machine, as well as a whole slew of other that are available on Amazon.

There's even an off-the-grid washing machine that you can attach to your actual bicycle to clean your clothes while you ride to work, it's called the SpinCycle. 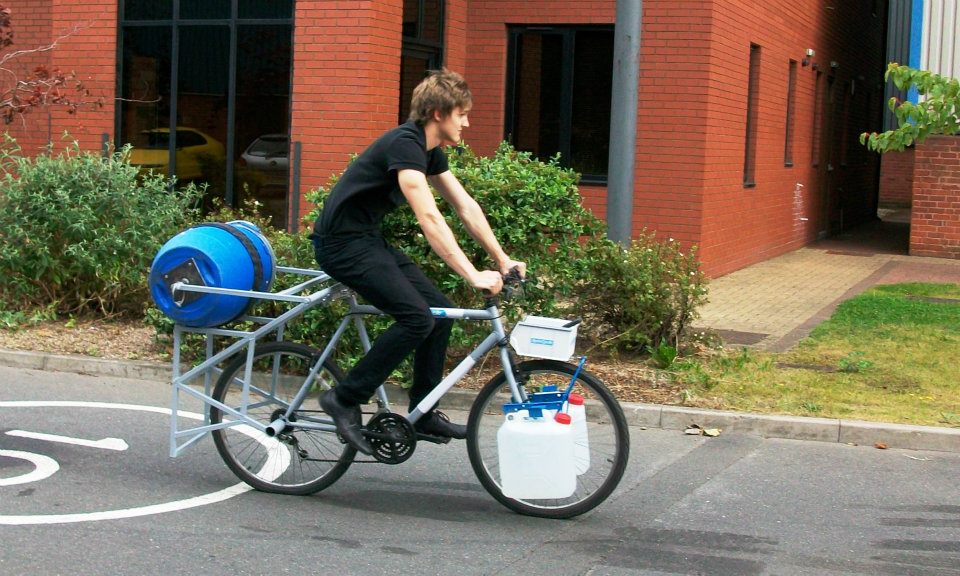 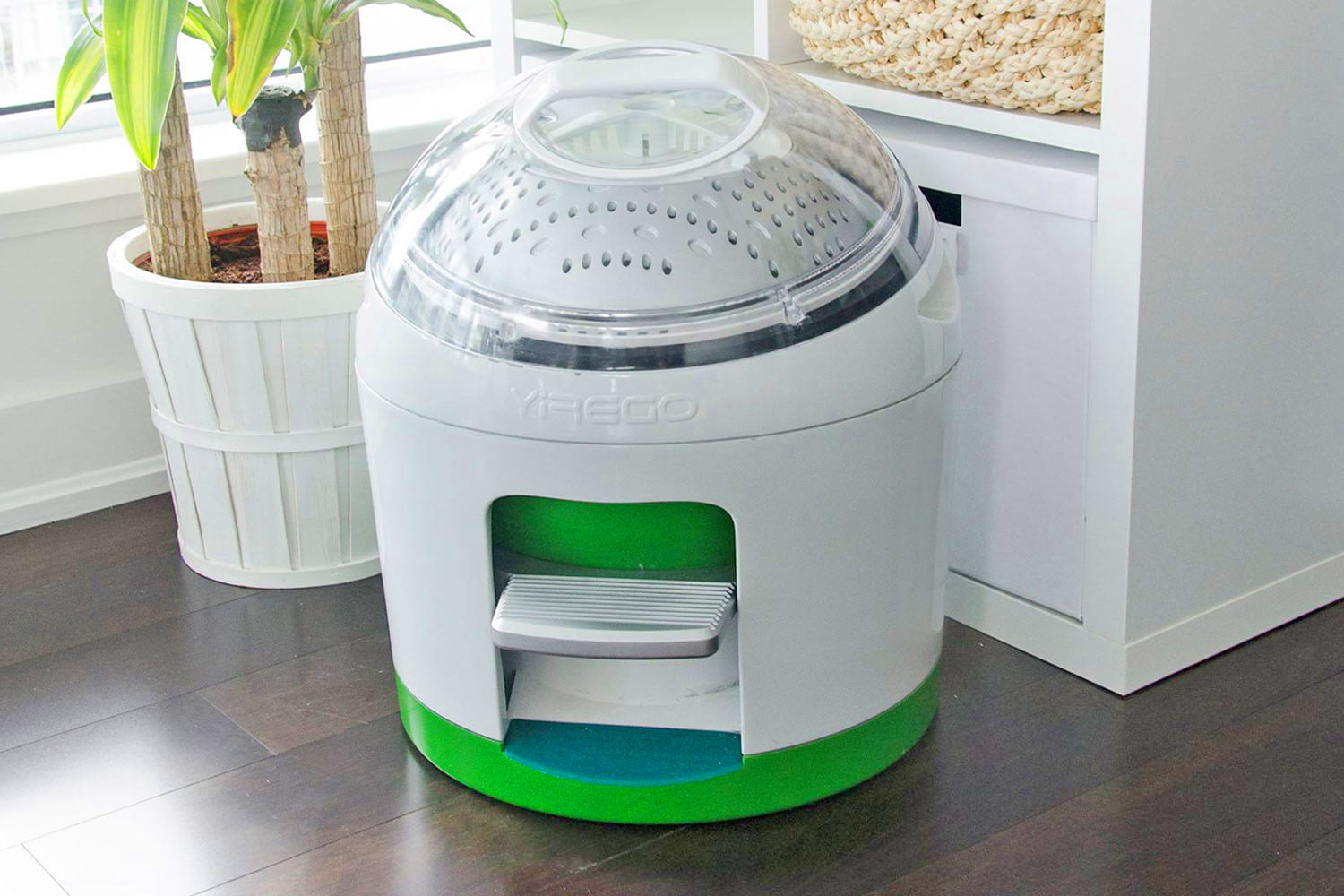 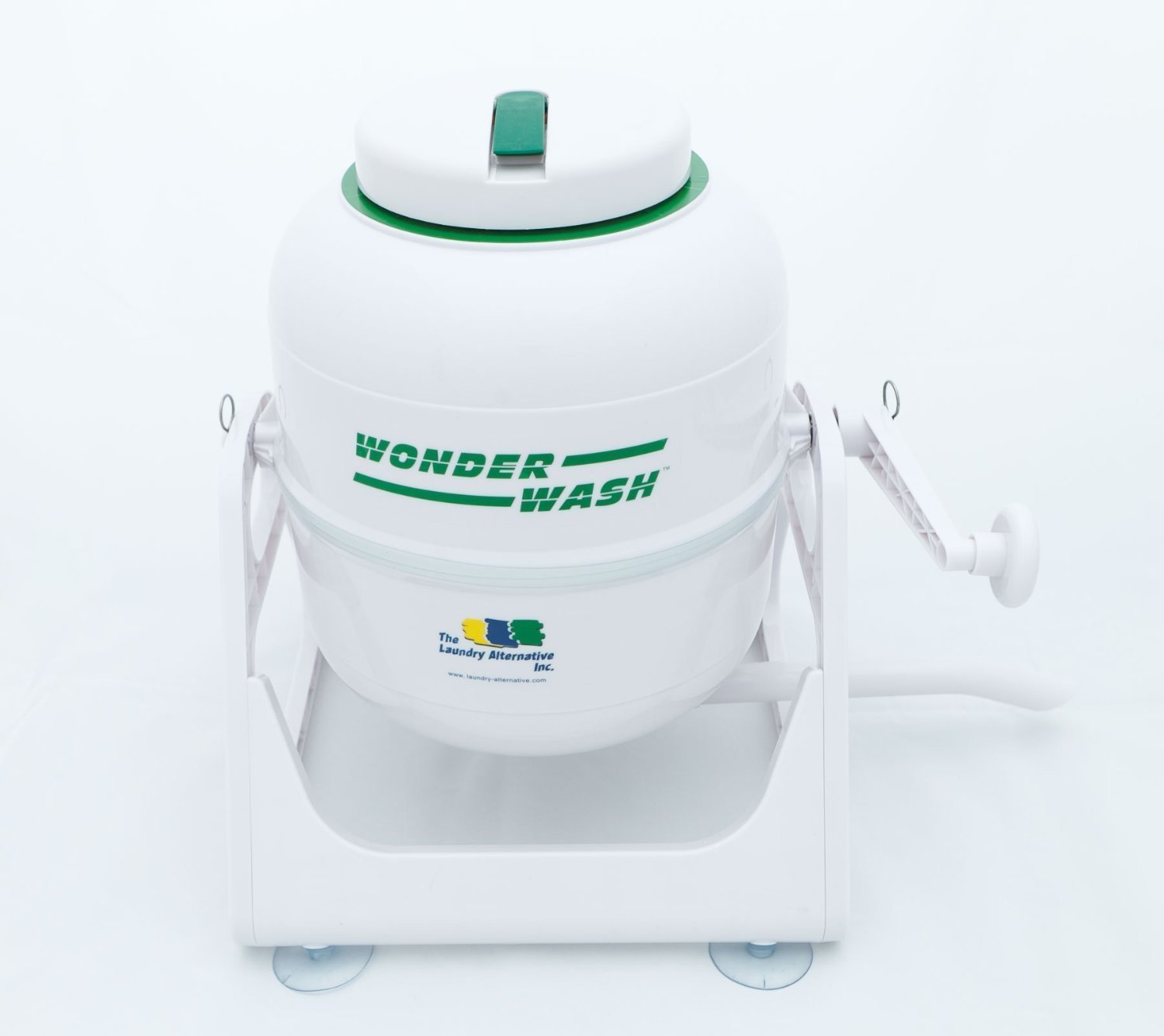 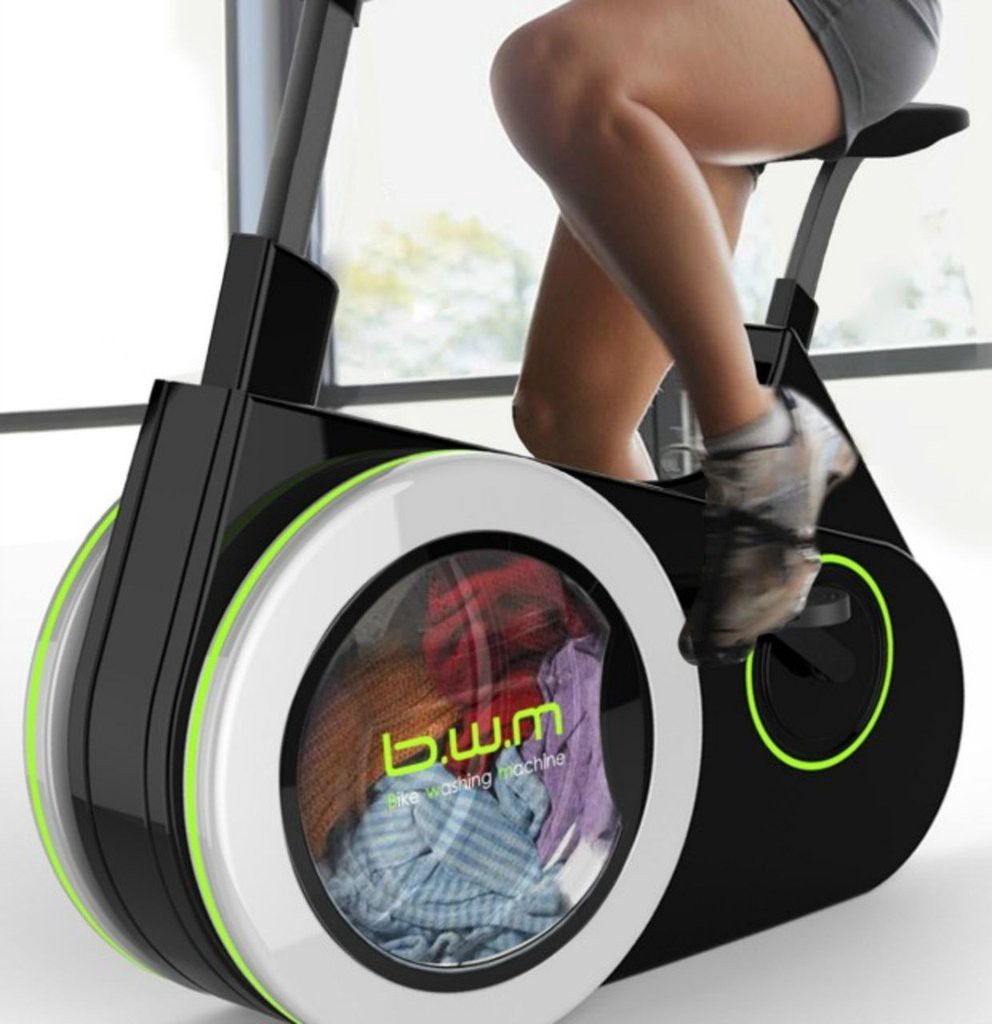 Check out the exercise bicycle washing machine in action via the video below. 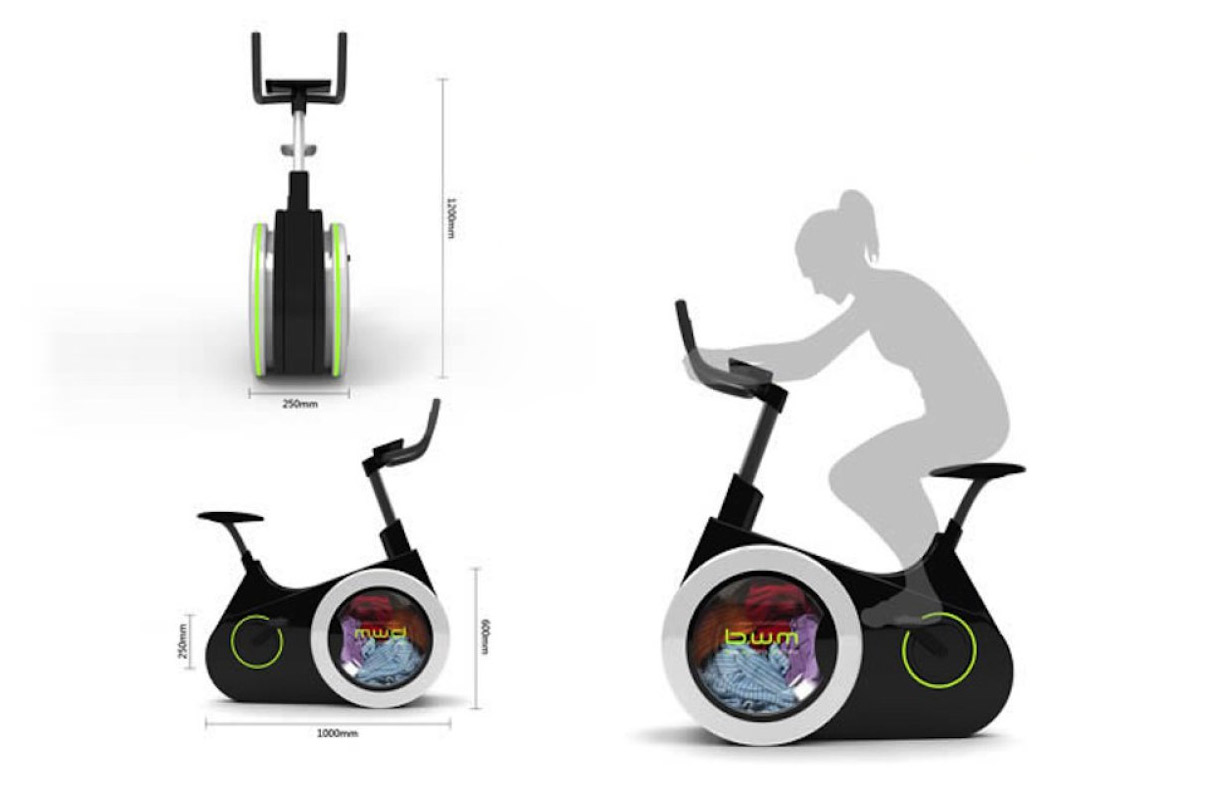 The exercise bike washing machine is a great way to save on electricity, live off-the-grid, or just to get fit while doing chores! 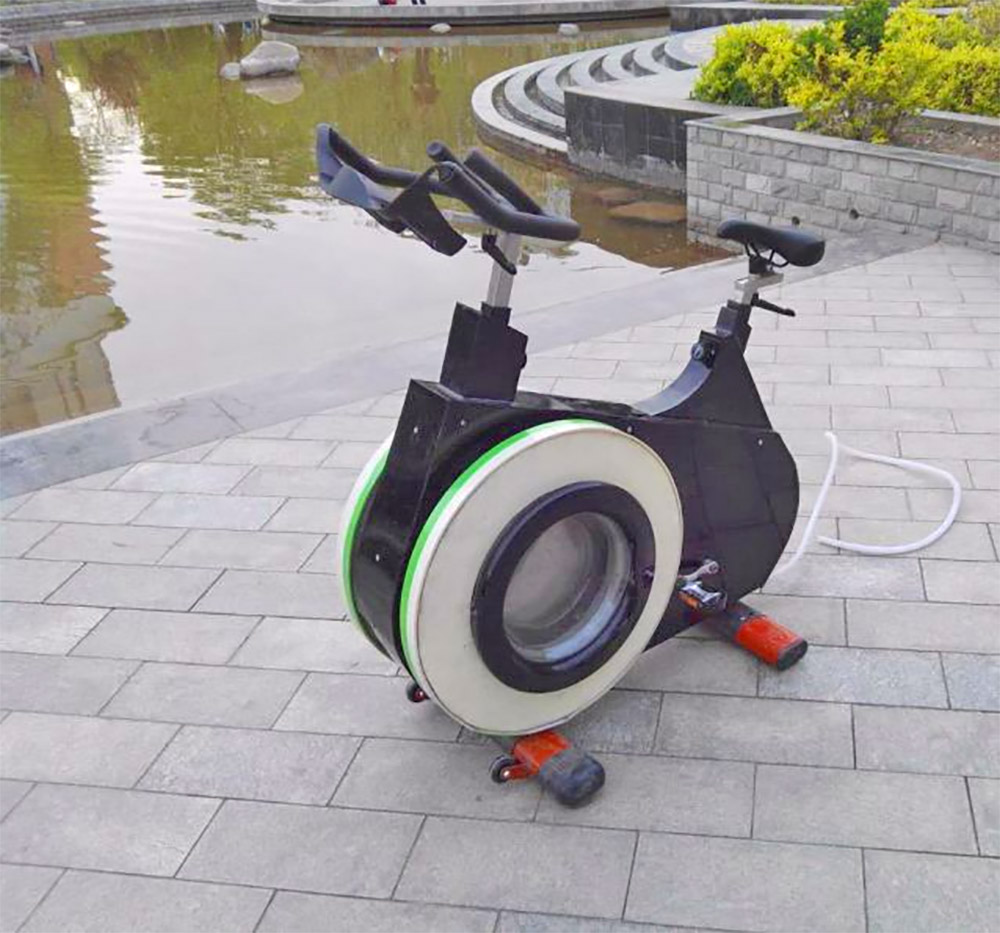 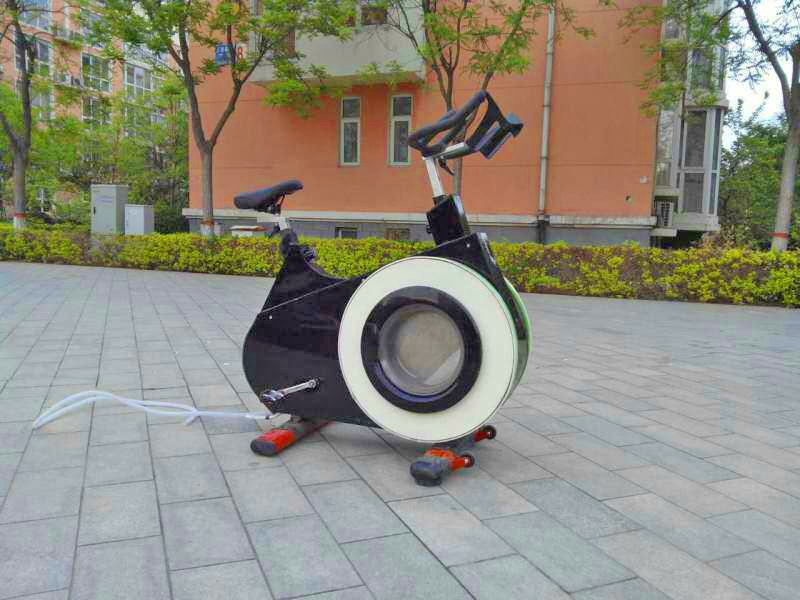