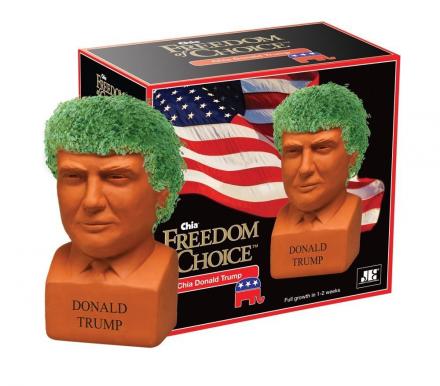 Made by Chia, the maker of the original Chia pet, the Donald Trump chia pet is just one of their many political Chia pets, with others including a Barack Obama Chia pet, a Bernie Sanders Chia pet, as well as a Hillary Clinton Chia pet, all of which are available here. 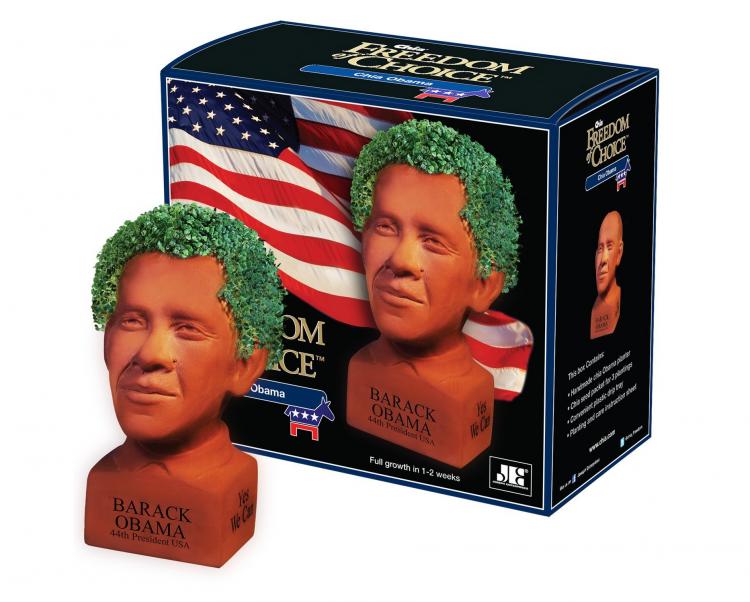