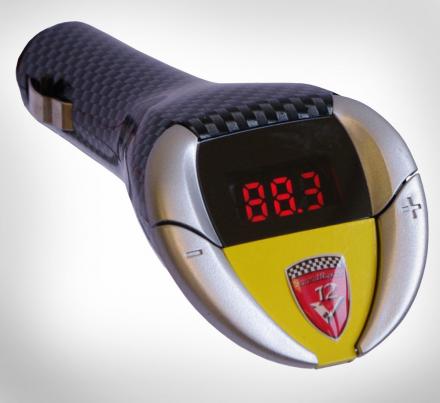 The SoundRacer is a device that plugs into the cigarette lighter area in your car and will sync up to your radio so that when you're driving it will sound like your 3 cylinder Geo Metro that tops out at 58 mph sounds like a Ferrari with a V12 engine. To use it simply plug it into your cigarette lighter, set it to a radio station to broadcast to, turn the radio in your car to that station, and your car speakers will then output race car sound effects that are synced to your driving. Once you plug the device in you will need to rev your engine up to around 3000 RPM and then back down, once the device beeps three times it will indicate that the SoundRacer is synced with your car engine's RPM. 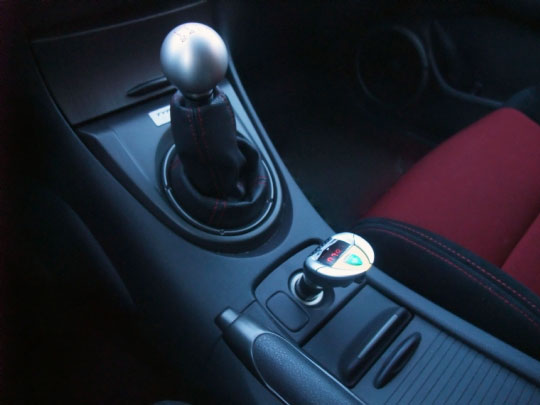 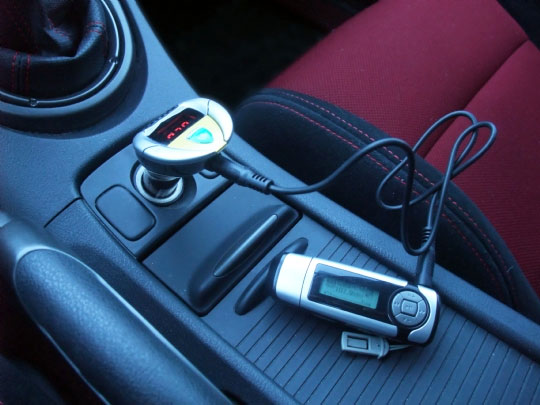 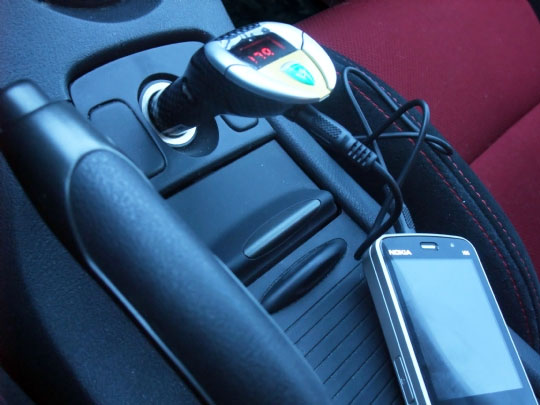 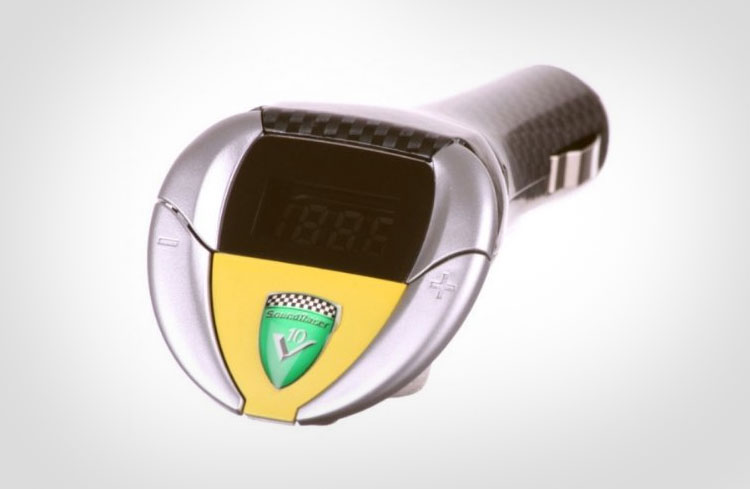 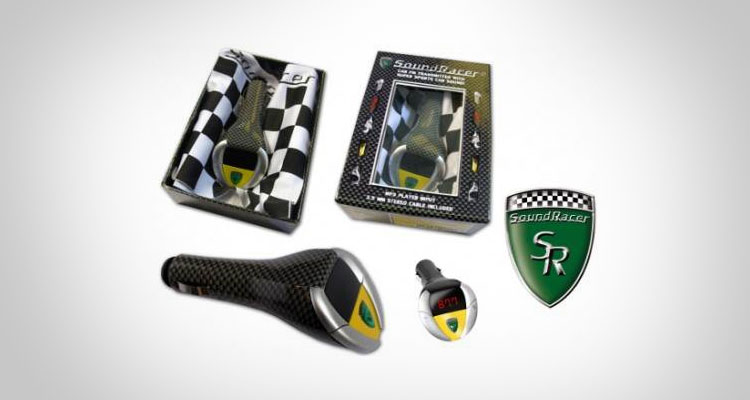 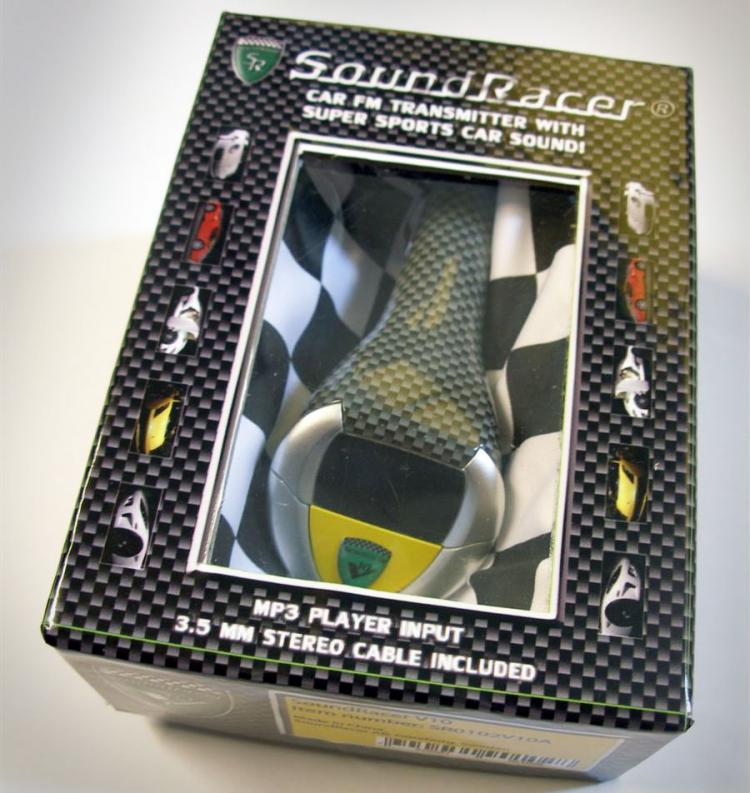 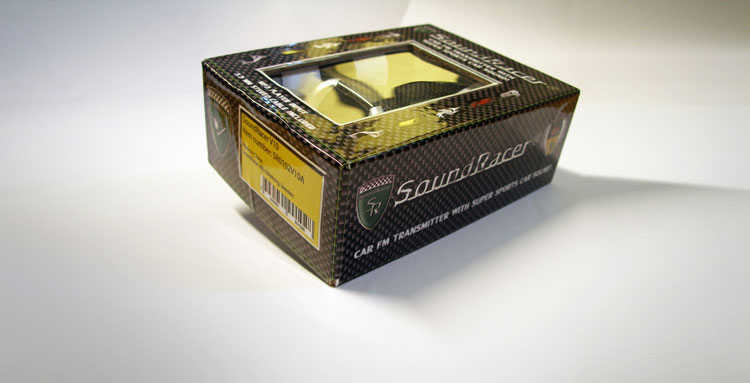