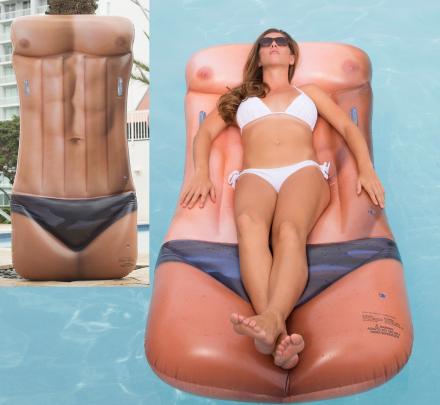 Wouldn't you rather float on a hot hunk's torso instead of some boring old pool float? Well lucky you, this pool float is indeed shaped just like a hot hunky man's torso, albeit, a very giant man (but maybe you're into that), which if he were real, he would probably measure around 10-12 feet tall. Best of all? His pecks-area can act as a pillow for your head while you're laying down and enjoying a cocktail in the pool. Need a hot bikini babe pool float instead?

Can't seem to find a man to go to the pool with? Look no further. All your friends will be immensely jealous as you blow up your macho man pool float with extra ribbed sideways 10-pack abs. 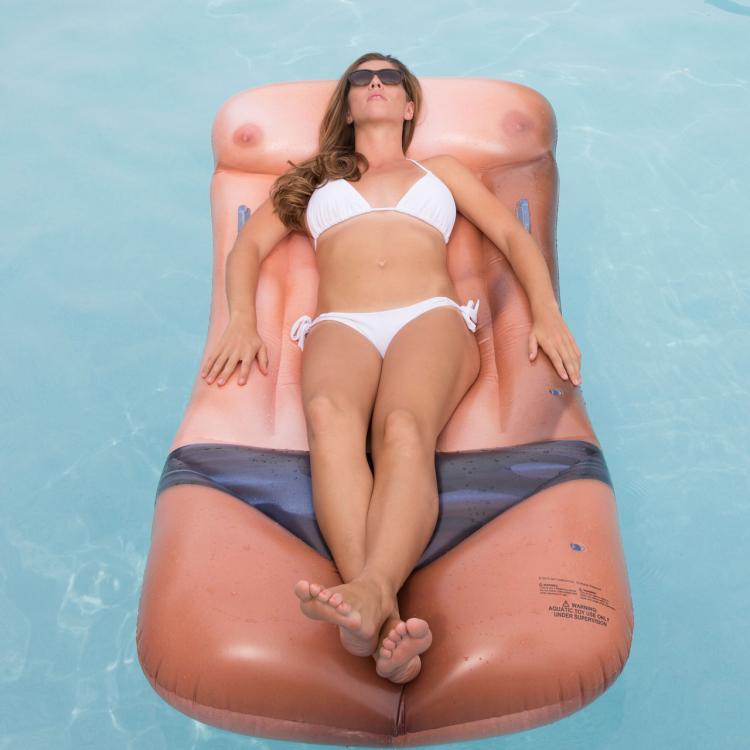 The hunky macho man pool float is made from .25 mm 10 gauge PVC vinyl, is able to accommodate up to 250 lbs of weight, features two handles on the sides for body surfing (literally), uses real-print technology that makes the float look extremely realistic, and measures 72 inches long x 35 inches wide. 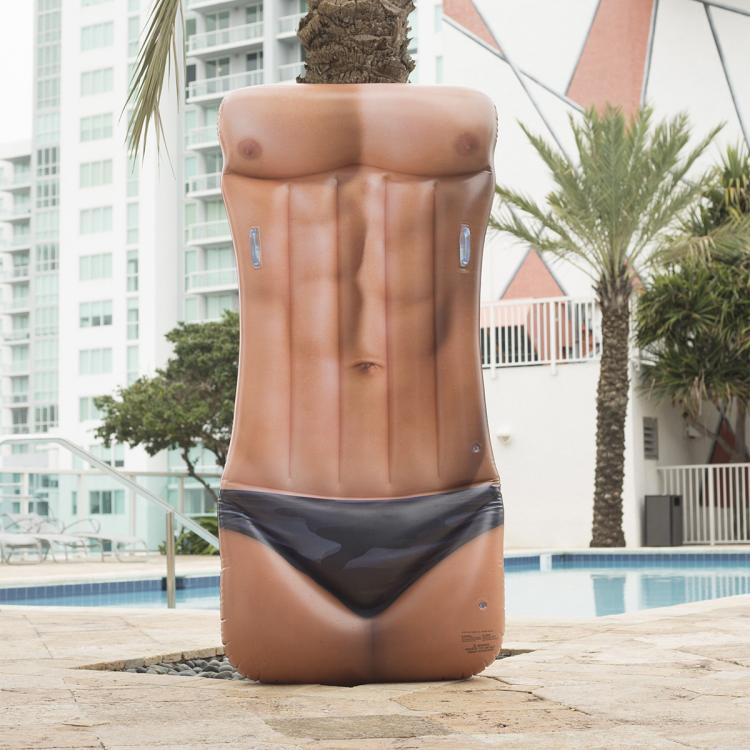 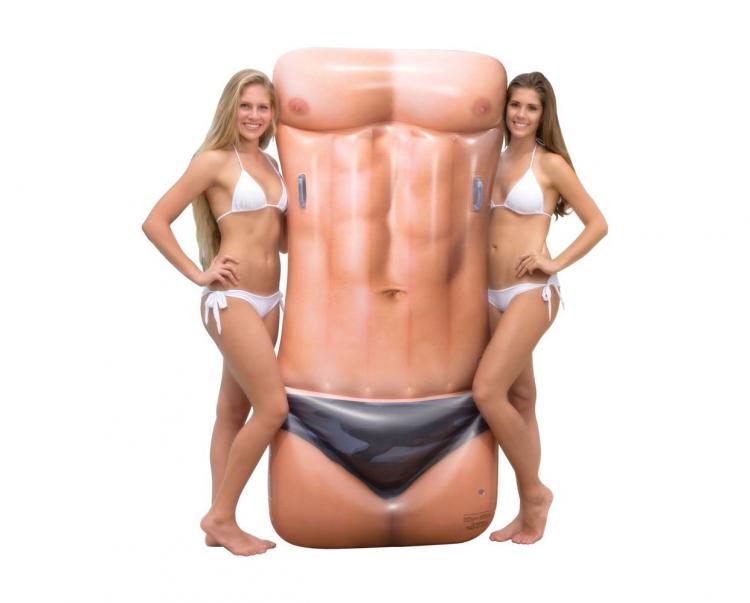 There's also a female pool float version that depicts a giant girl in a red bikini. 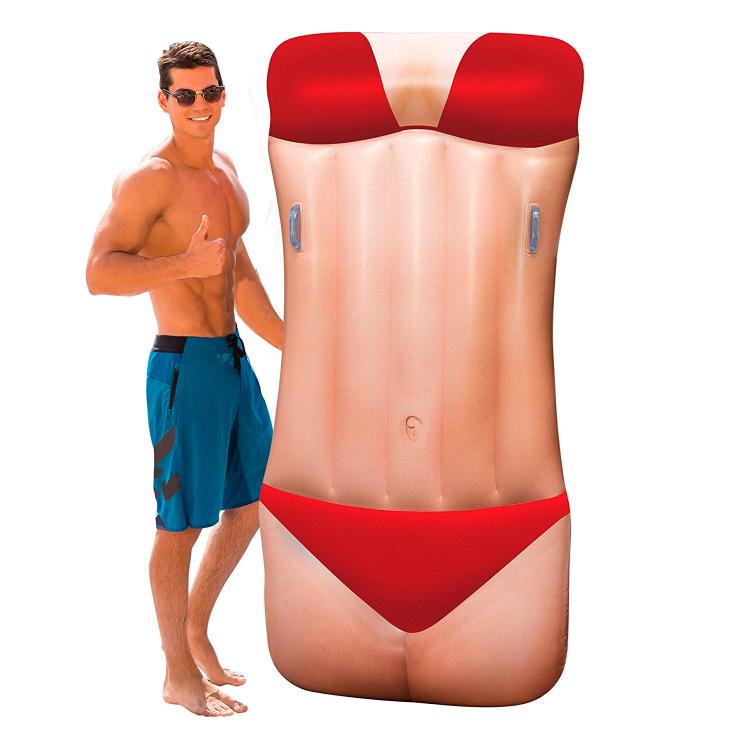 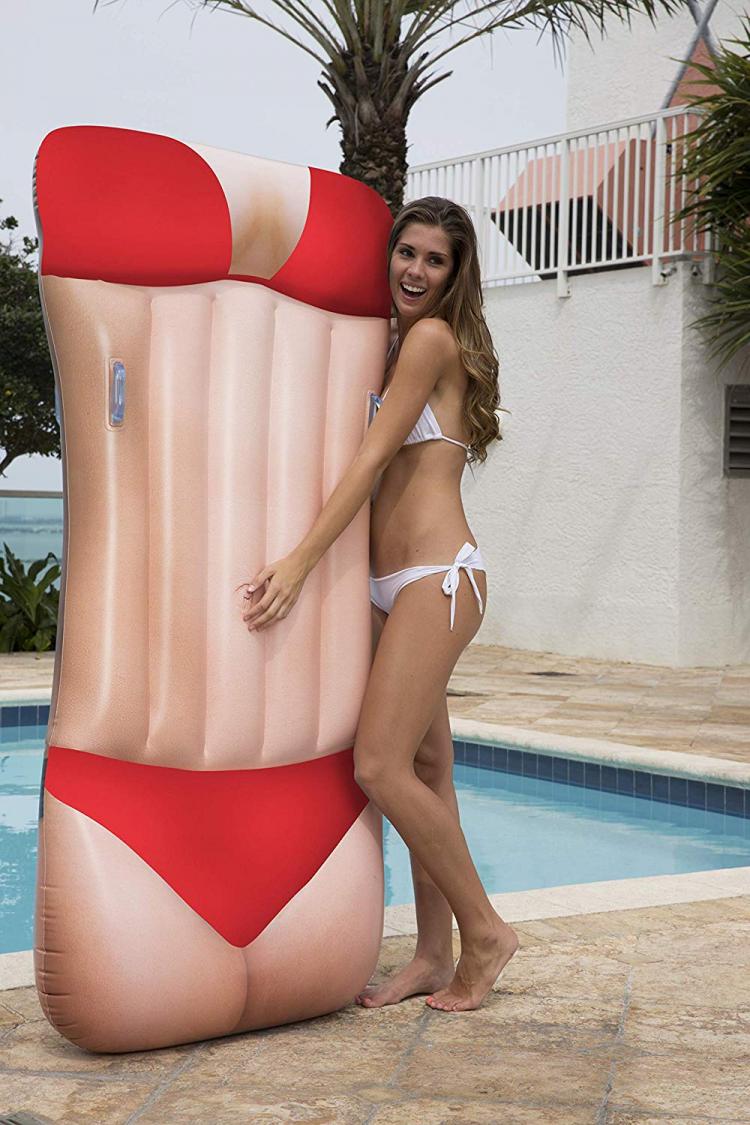 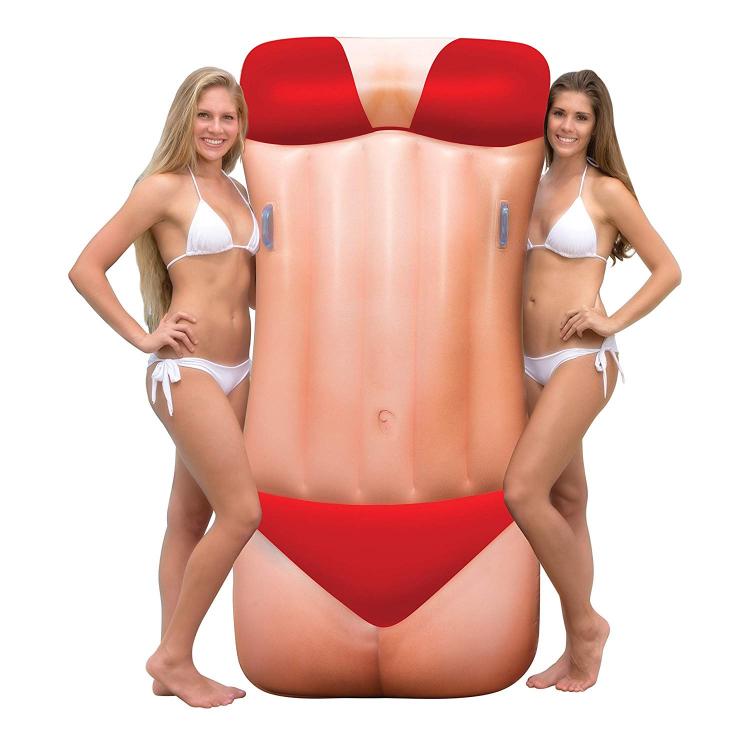 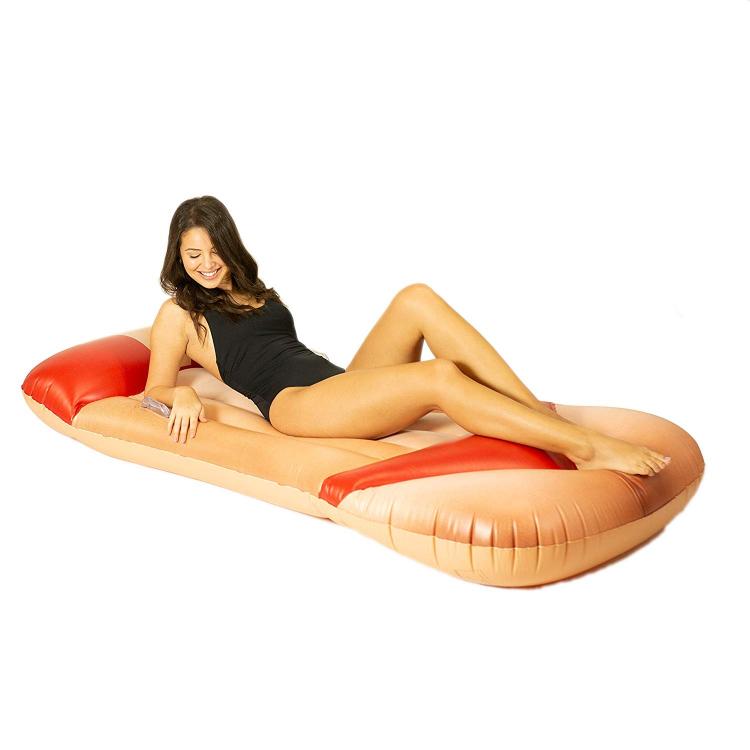 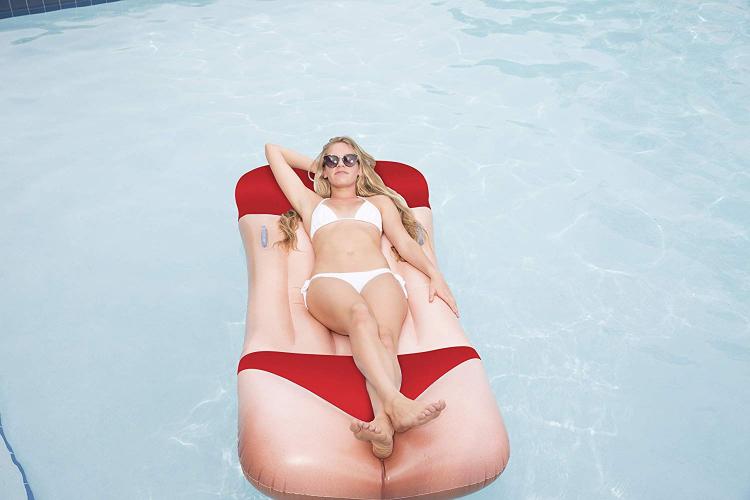