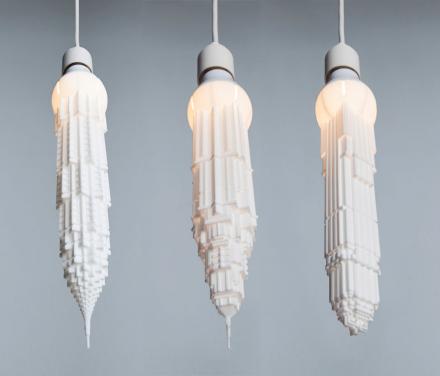 These hanging skyscraper pendant lights named amazingly as 'Stalaclights', are 3D printed bulb shades that appear to grow directly out of your light bulb. The skyscraper actually connects right to the bulb, it just has to be an LED bulb so that it doesn't produce heat that would melt or burn the building, as we don't need a recreation of the Chicago fires taking place on your ceiling. Resembling a stalactite if you were to take the building's in cities and turn them upside down, the aptly named Stalaclights are designed after the Art Deco era at a time when the first skyscrapers first started appearing in big cities like Chicago and New York. Although they somewhat give off a certain phallus shape to them, these skyscraper pendant lights are sure to class up your otherwise barren home.

The lights are available in three different designs, named simply as Stalaclight 1, Stalaclight 2, and Stalaclight 3, which each one has a unique look. No confirmation if they were designed after actual buildings, but if I had to take a guess, I would say the Empire State Building, the Sears Tower, and the Chrysler building, but I'm no architect... If you've got a better guess, let me know in the comments.

The Stalaclight skyscraper lights come with a lamp holder, a ceiling cap, 8.2 feet of cable, as well as a 5.5 watt LED light bulb (which lasts 25 years). Each light will measure 9.8 inches long.

- via Dude I Want That 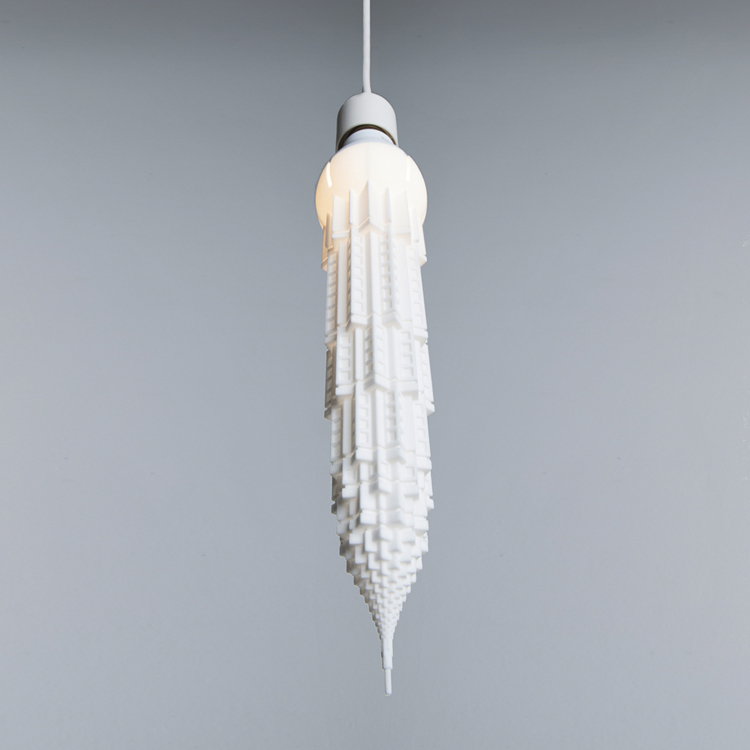 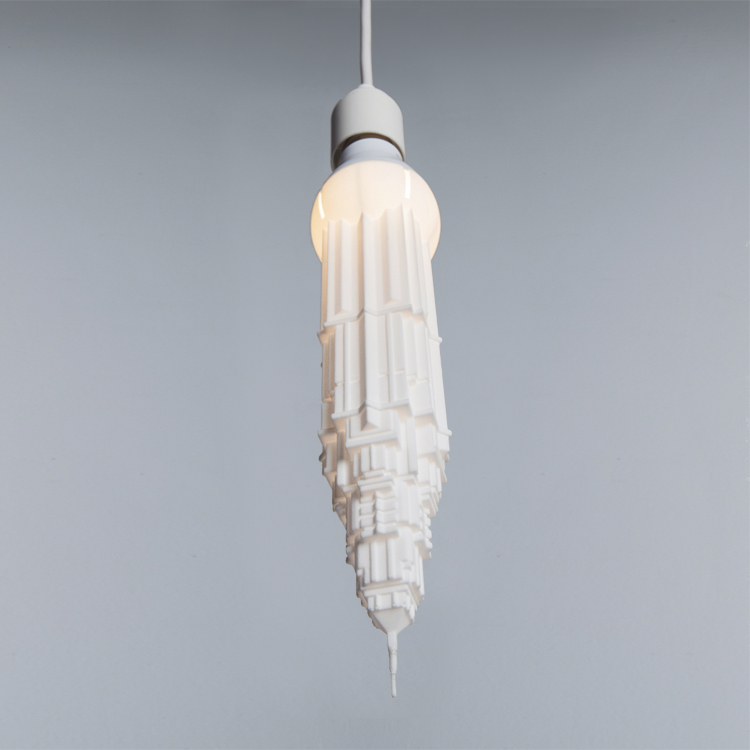 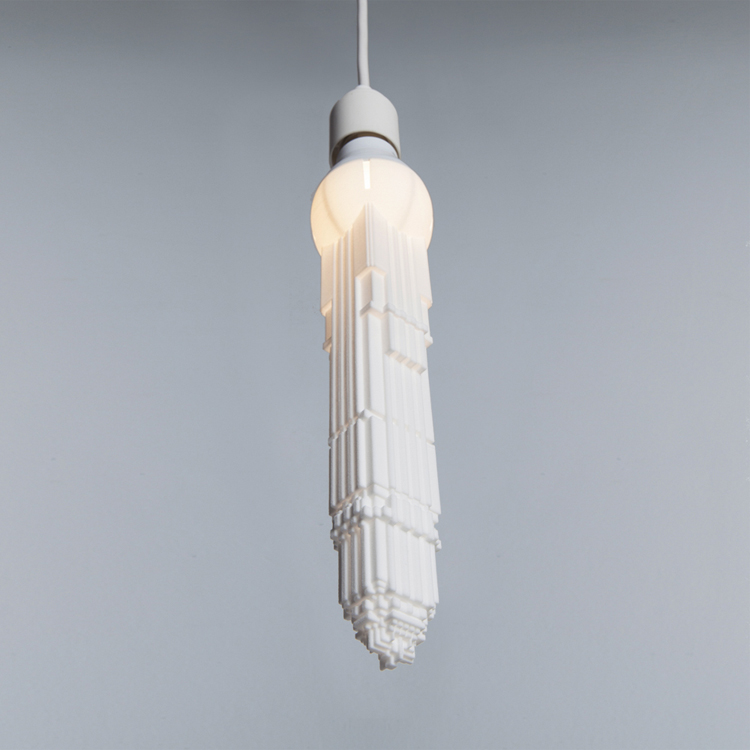 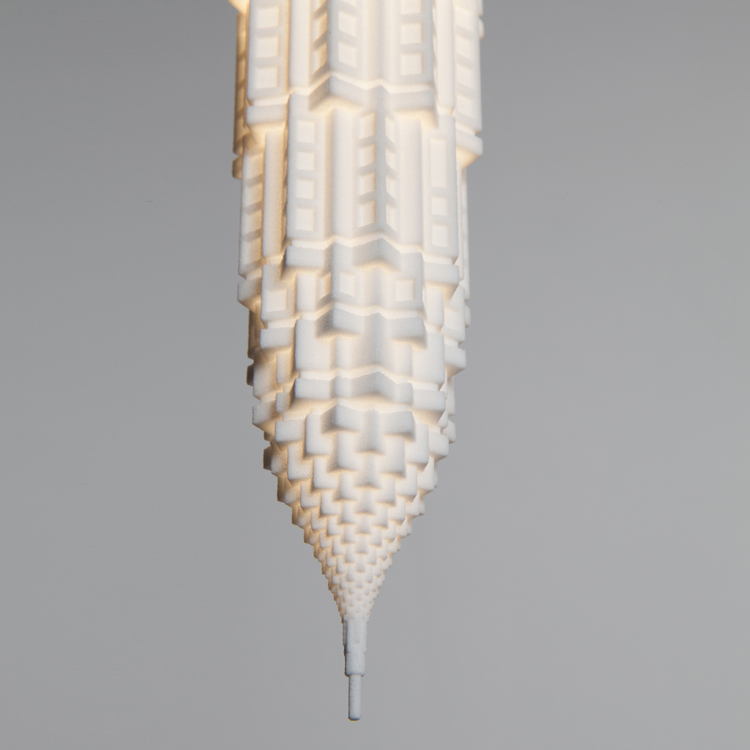 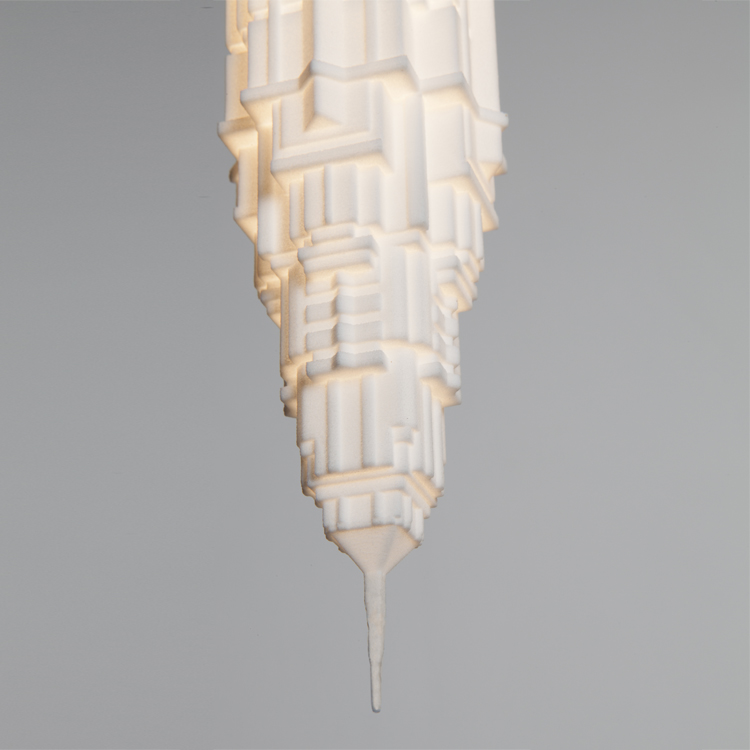 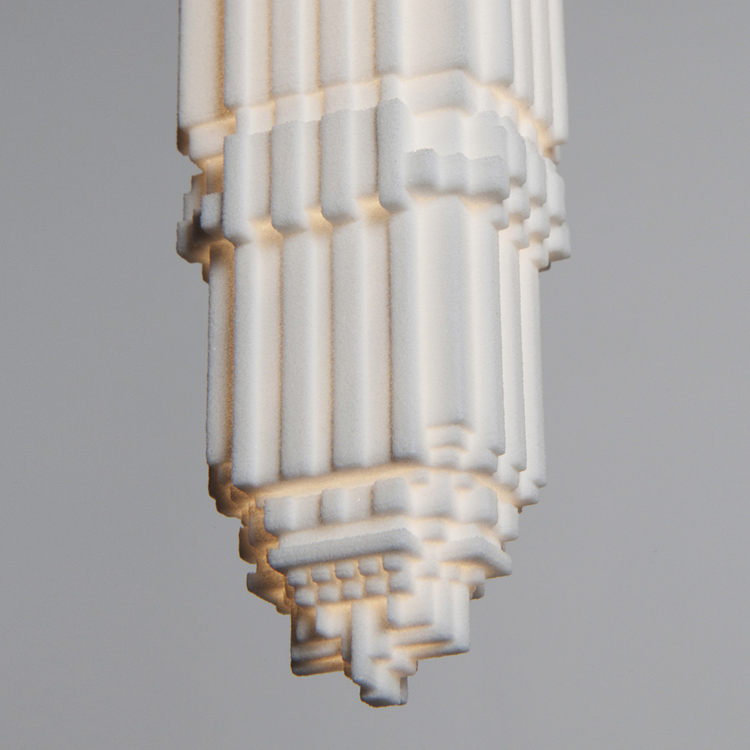 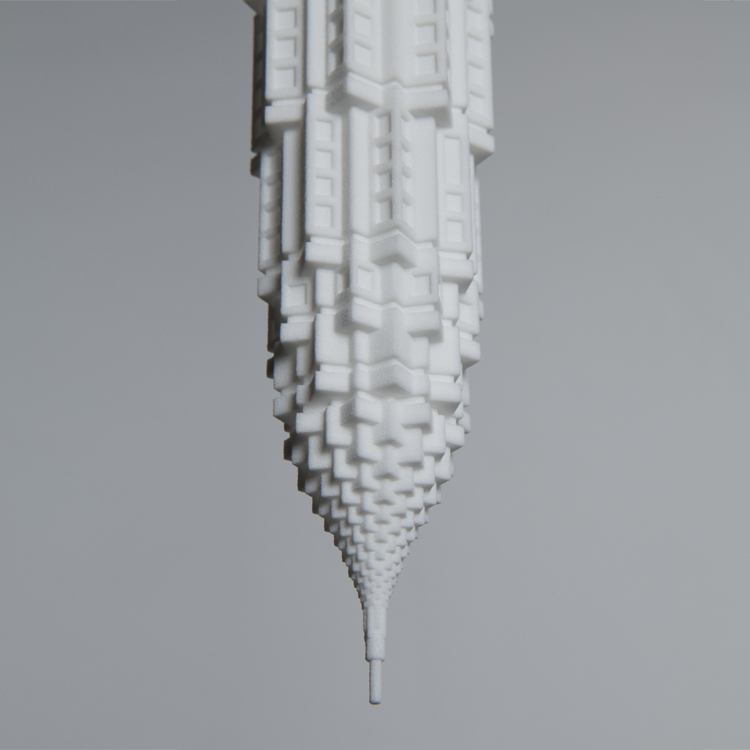 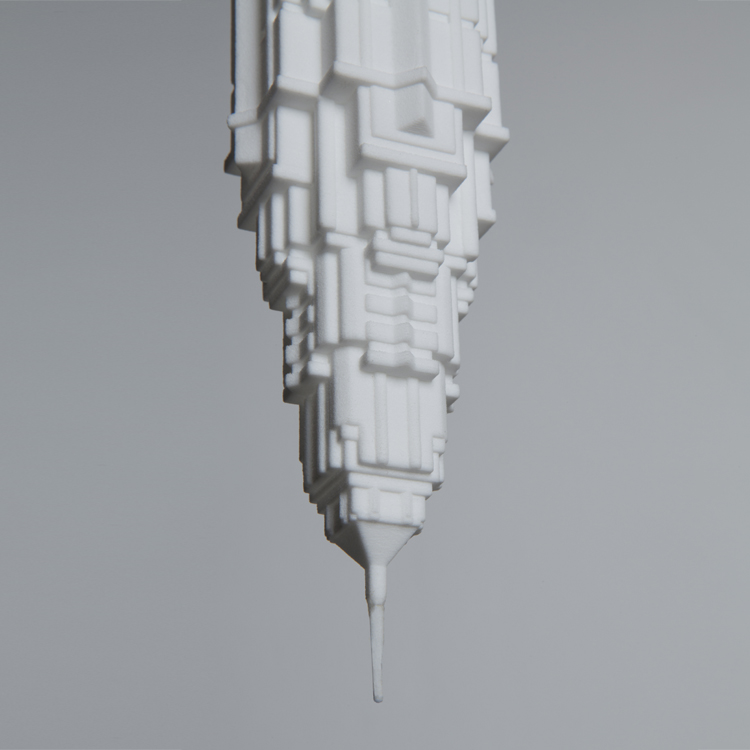 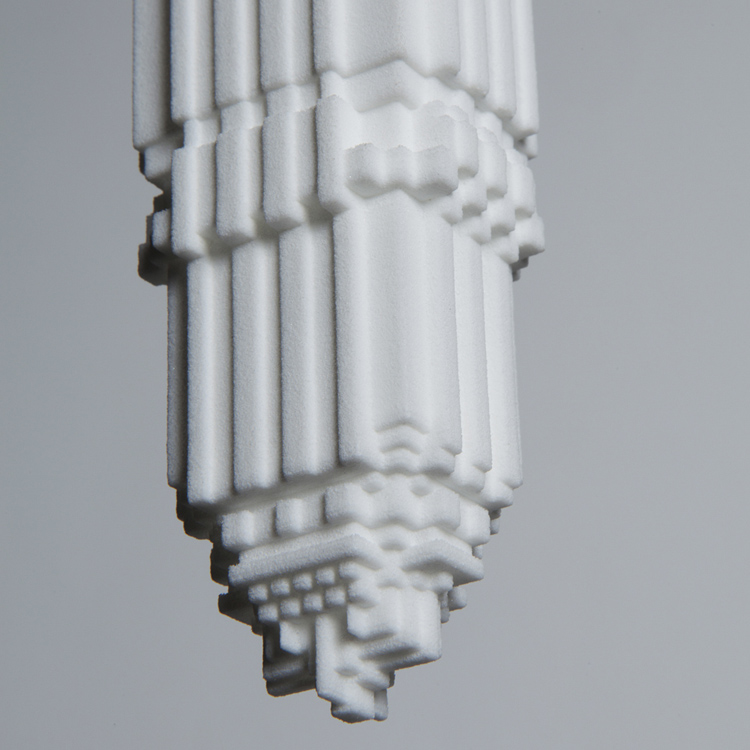 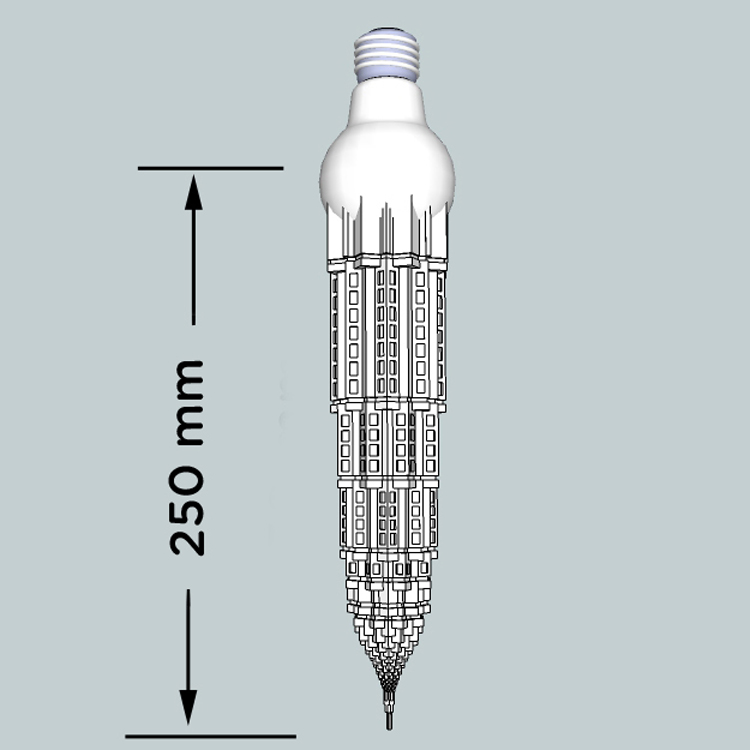