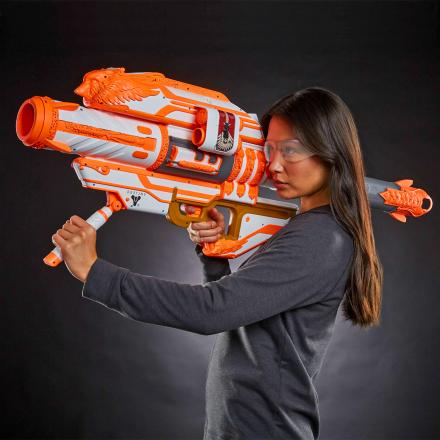 Bungie Studios has created one of the modern world’s most exciting free-to-play shooters with the Destiny franchise, and fans of both of the games will love this next feature. Destiny has teamed up with toy gun company Hasbro and its company Nerf to recreate one of the game’s most exciting guns: the Gjallarhorn Blaster rocket launcher. 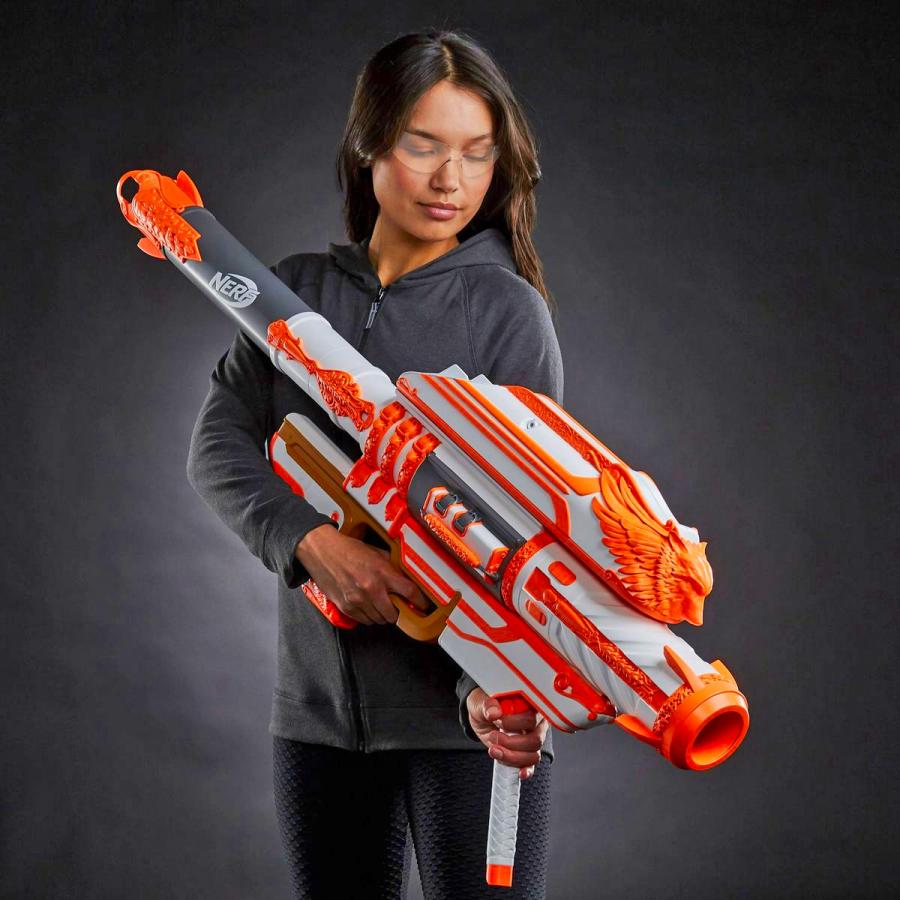 This Gjallarhorn Blaster from Destiny found on the Bungie Store looks just like a classic Nerf version of the gun from the video game, originally a rocket launcher in the franchise. 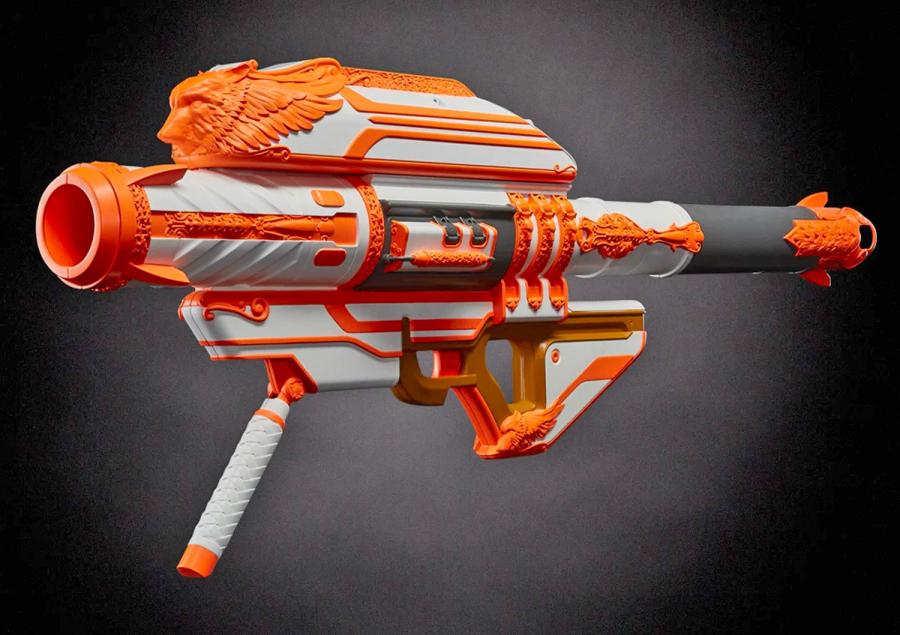 Perfect for fans of the Destiny game franchise, this is a fun, interactive item that lets players actually earn early access to the limited Nerf gun by acquiring the Gjallarhorn Blaster in the game.

This Destiny Nerf gun includes art depicted from inside the game, including bits and pieces of Destiny lore within the design. 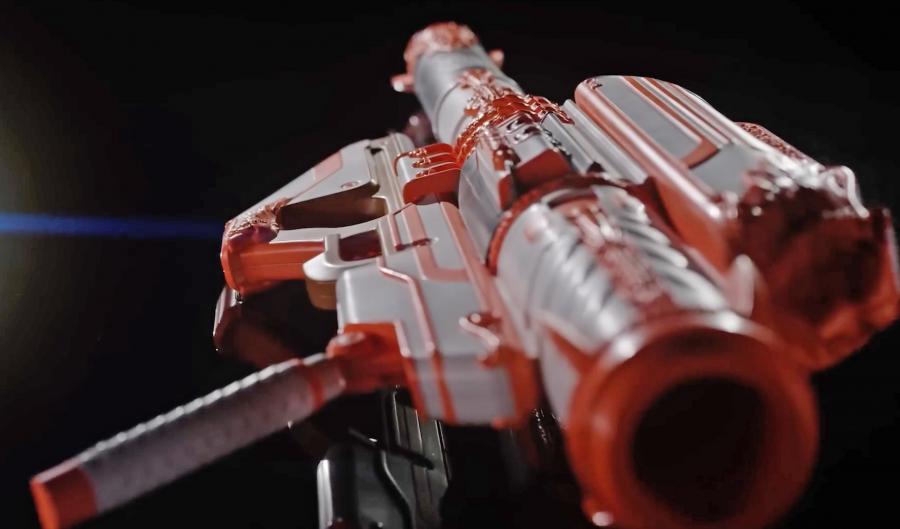 The Gjallarhorn Blaster limited edition Nerf gun comes packed in a well-decorated box fit for a special edition item such as this, featuring art from the game with a character carrying the rocket launcher. 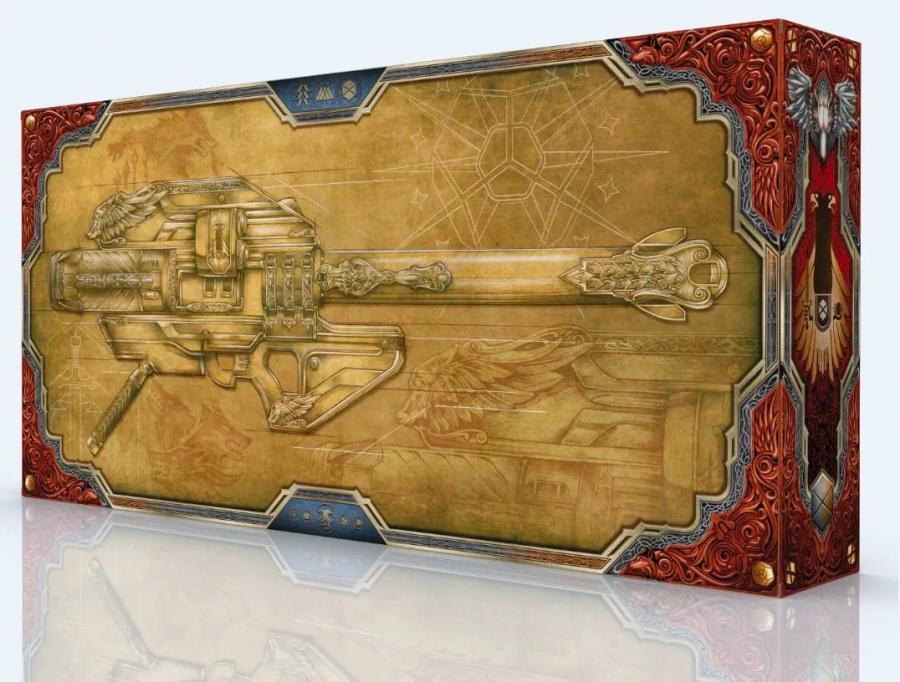 This Destiny Nerf gun is massive at over four feet (one meter) long, designed to be a 1:1 scale to the gun in the game with features and embellishments perfect for role-playing the game. 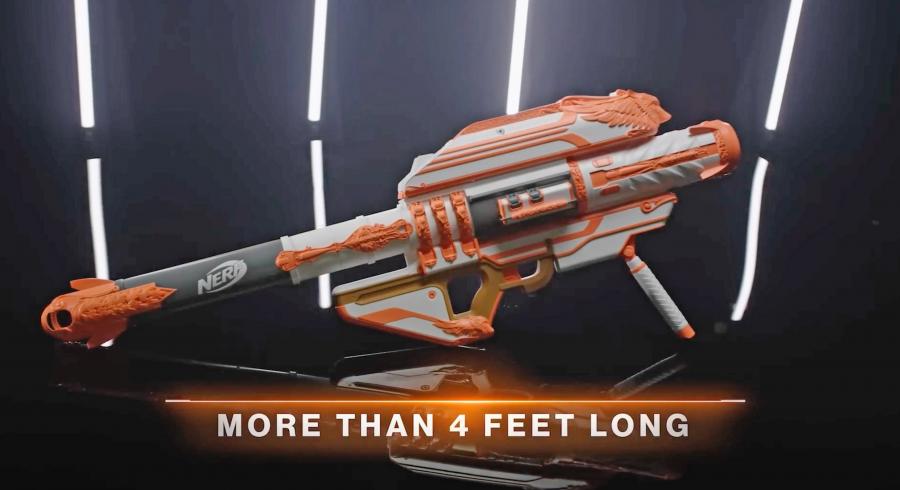 The Nerf Gjallarhorn blaster also comes with three Nerf Mega shell darts which can all be fired at the same time, nine regular Nerf Mega darts and an illuminating scope for perfecting your aim. 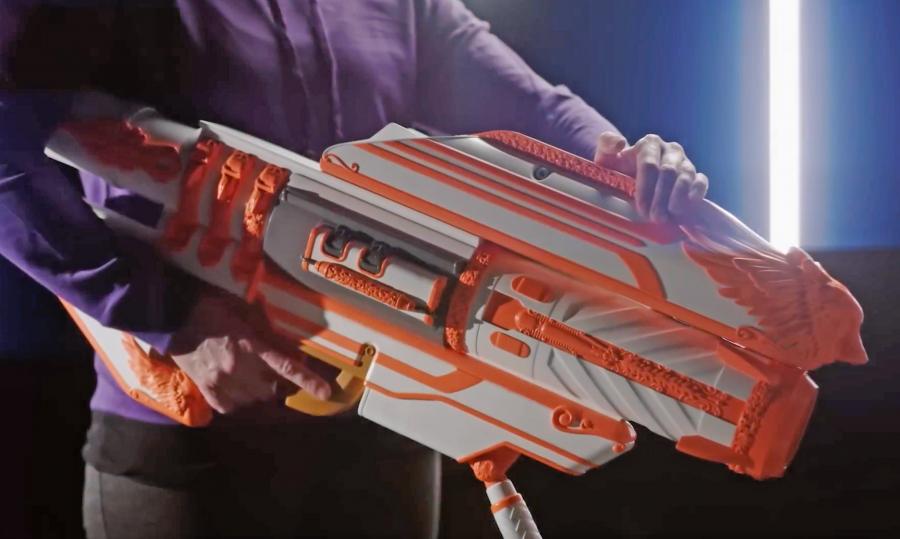 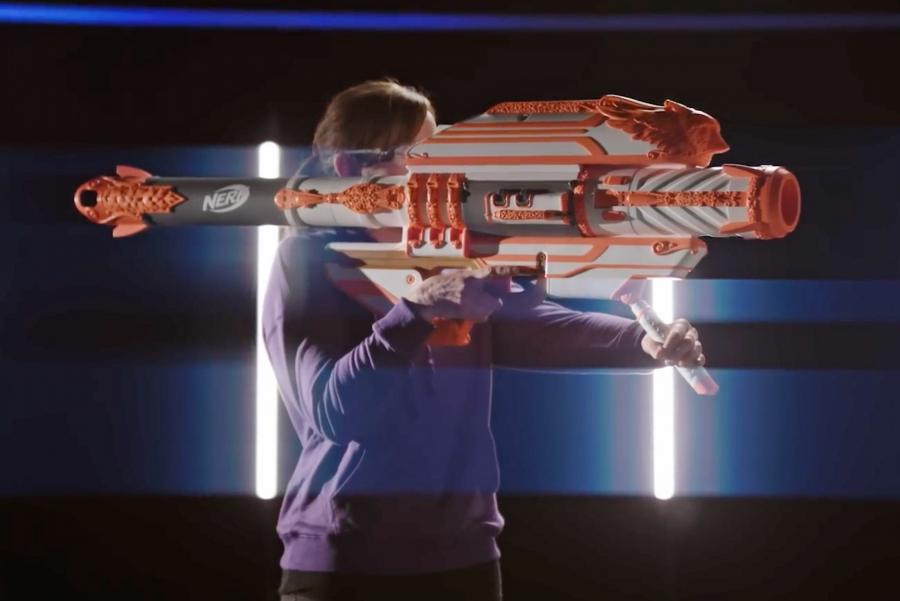 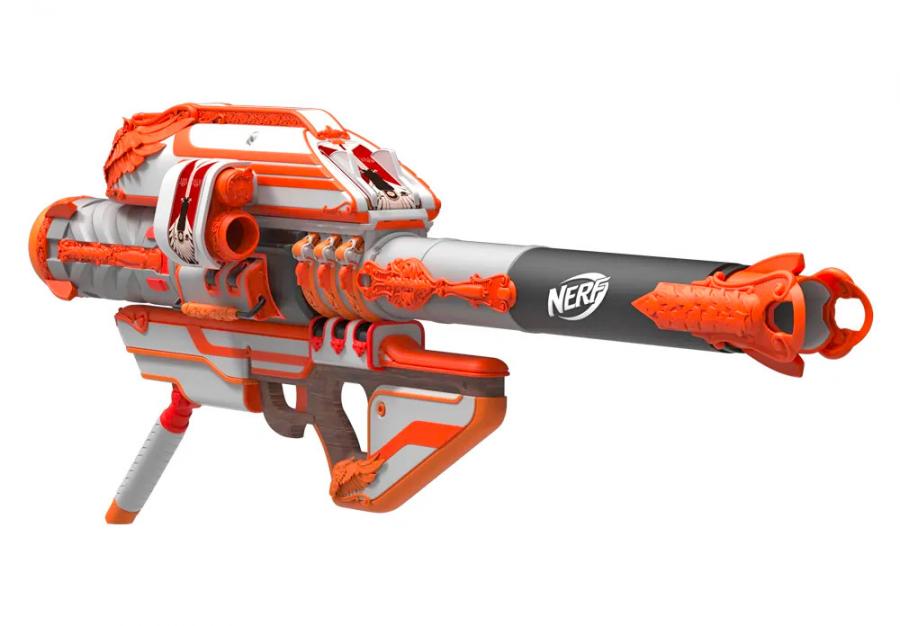 The description also says the remaining units of the Nerf Gjallarhorn Blaster will become available after the Early Access window is over, though there will be limited units. Unfortunately, Bungie says this Nerf Destiny 2 gun may be restricted for shipping to locations outside the U.S., Canada, Australia, the European Union and the U.K., due to the “unique nature of this item.” 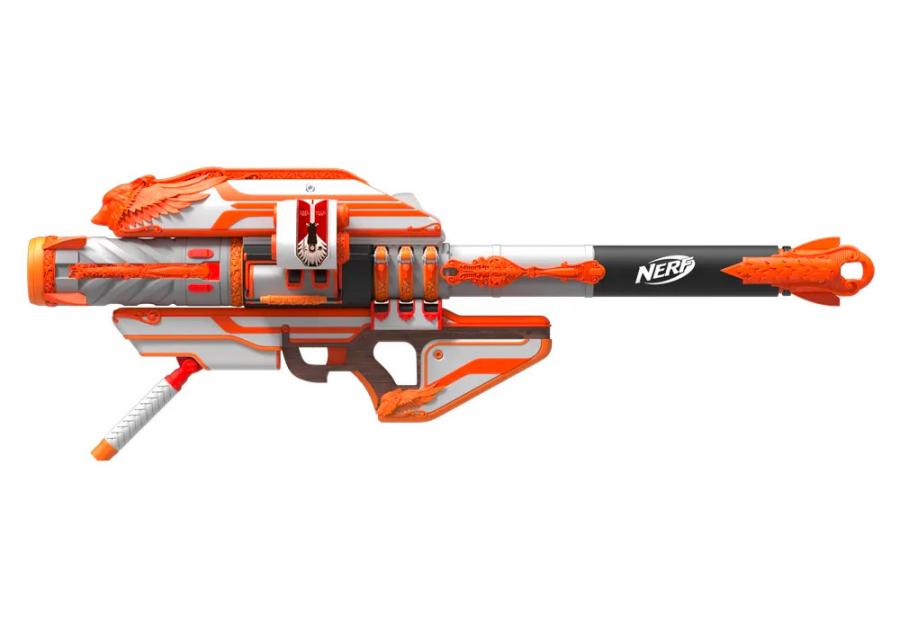 The only other Nerf gun crossover that’s even close to on par with the Gjallarhorn Blaster from the OddityMall archives is this Boba Fett Nerf Dart Blaster from Star Wars, though you can still find other great options like the Nerf N-Strike Mega Mastodon Machine Gun or the incredible Nerf ride-on Battle Racer toy car with a built-in Nerf gun, even if you don’t get the Gjallarhorn Blaster in Destiny.

This Nerf gun from Destiny is made for children ages 12 and up, and it also comes with a set of instructions for use. The Gjallarhorn Blaster Nerf gun is especially not recommended for children three or under, since the darts and other components may be too small to avoid presenting a choking hazard. 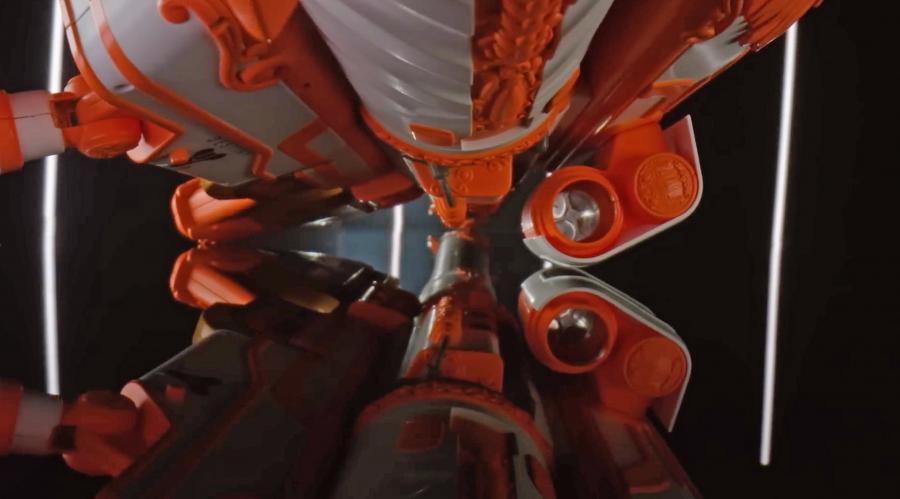 Other safety notes in the gun’s description include using only Nerf-brand darts in the gun, not pointing it at the eyes or face of anyone, and to avoid modifying the darts or the blaster. 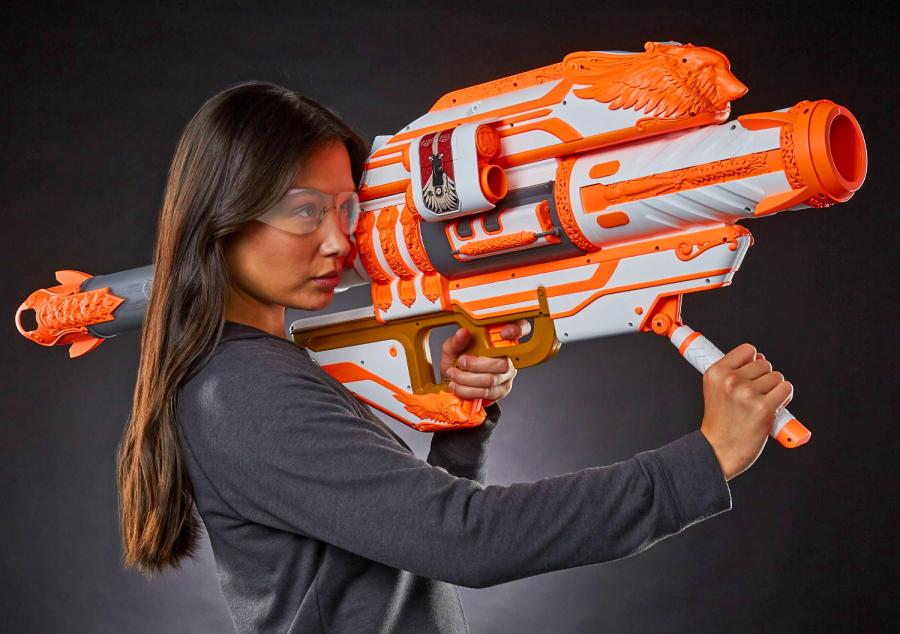 Those who love Destiny are sure to love this Nerf gun, and it’s worth seeking this thing out in the game. Bring your Destiny character to life beyond the screen with the Gjallarhorn Blaster Nerf Gun from Bungie, and you’ll feel just like you’ve transported yourself to the game’s beginning 700 years in the future. 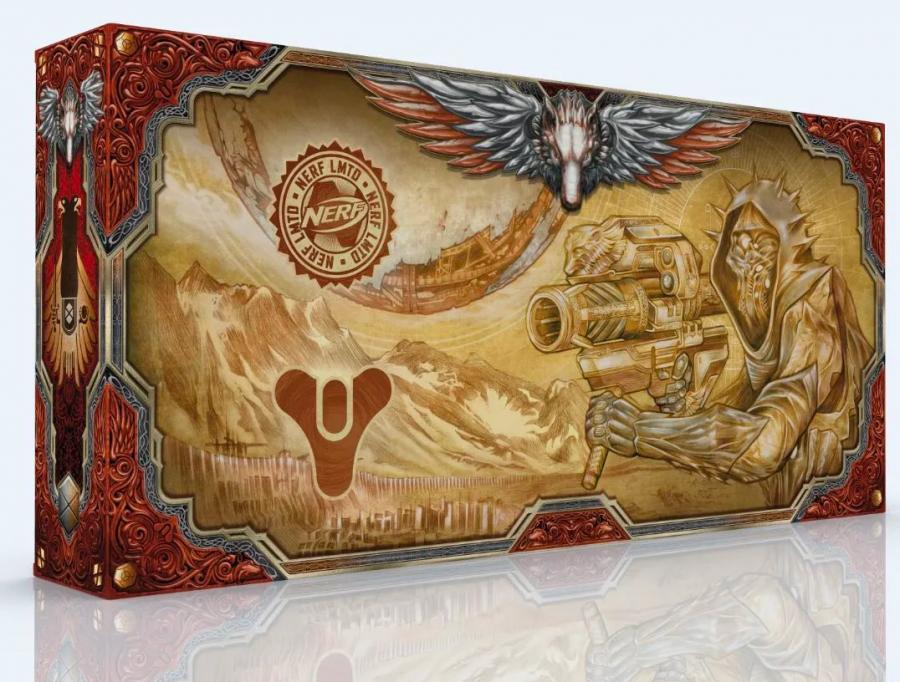 You can snag the giant 4 foot Nerf rocket launcher from Bungie's store for around $185 bucks! 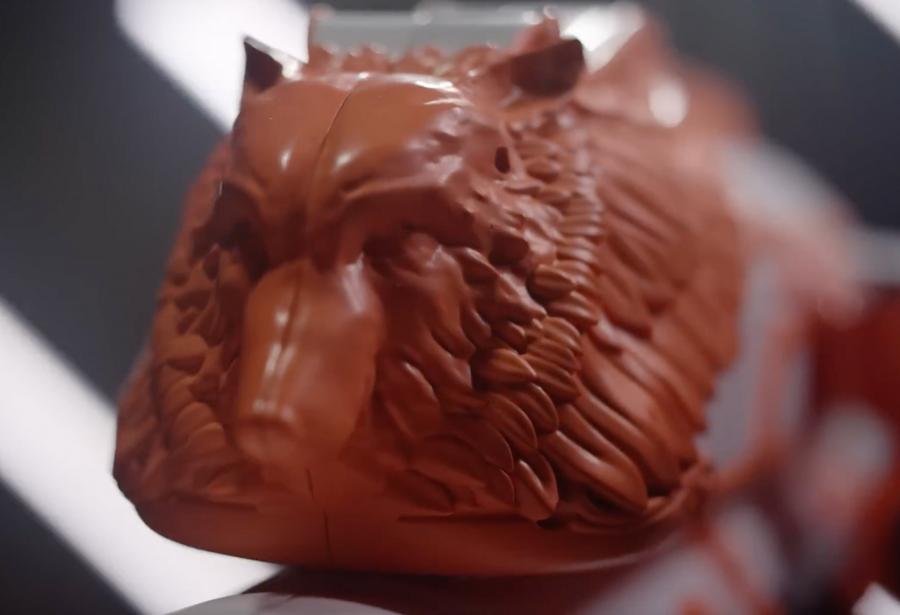 Check out the giant Nerf Gjallarhorn Blaster from Destiny in action via the video below!