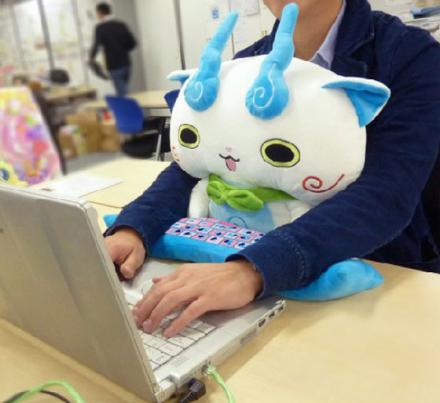 Japan is back at it again. I think they are just in a constant grind of trying to figure out the weirdest products they can bring to market. If it's not an upskirt umbrella that makes it look like you're looking up a girls skirt, a hand that holds your head up at your desk, a realistic cat hand bag, it's these creature cushions that you're supposed to hug while you're at your computer and they're supposed to protect your wrists from getting fatigued while you type. The stuffed animal is shaped like some sort of alien and he's holding a small cushioned keyboard in front of him that you're supposed to rest your arms on while you use your computer, thus saving your wrists from injury.

Probably a great way for children learn about the dangers of using a computer for too long, the huggable creature cushions also work great for adults as well. The Creature Cushions apparently come in a variety of different animal variations including a bear, some sort of beaver-looking thing, a clothed banana, and some sort of weird cat alien. In fact the animals are designed after various popular Japanese TV characters. 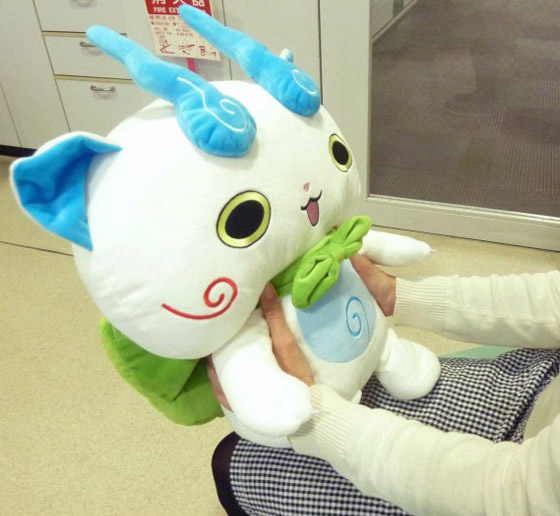 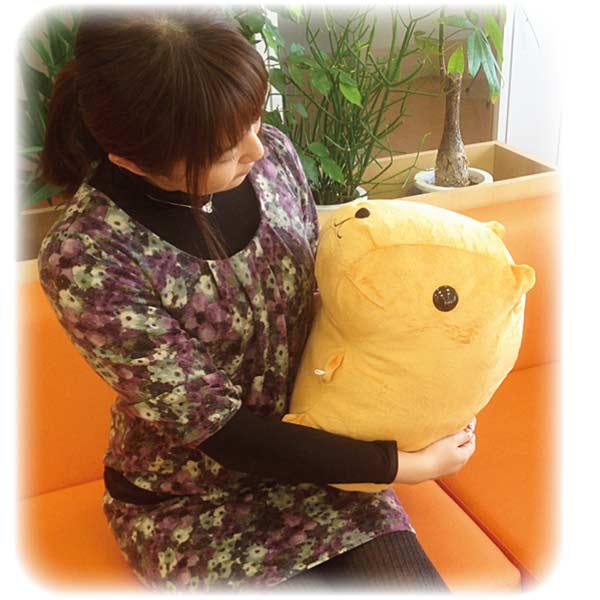 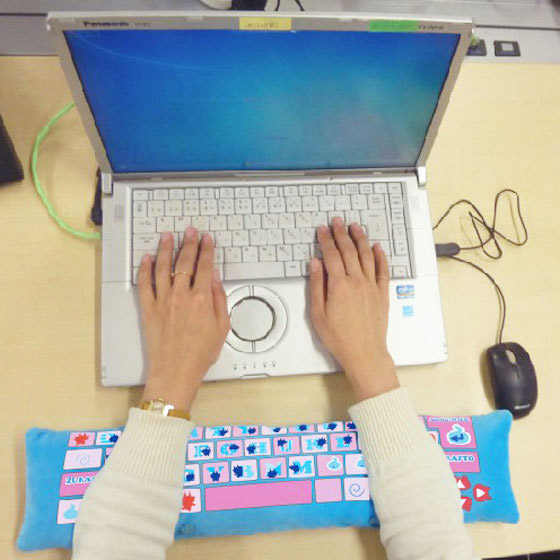 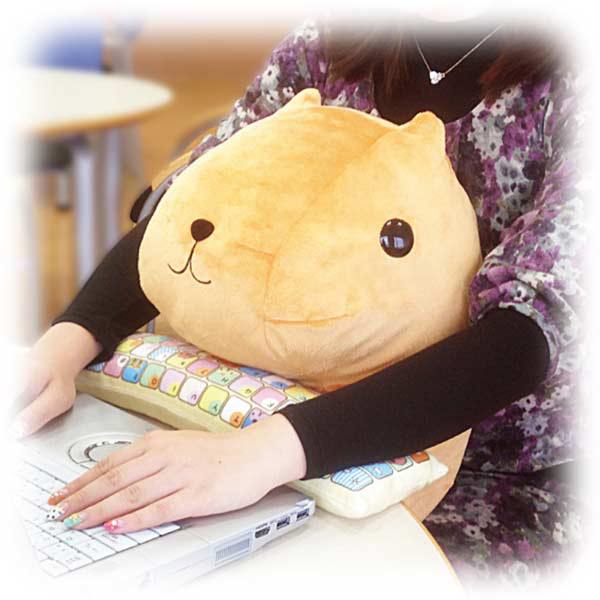 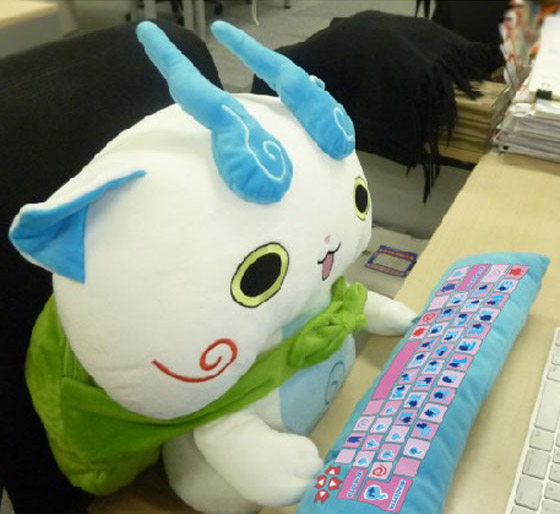 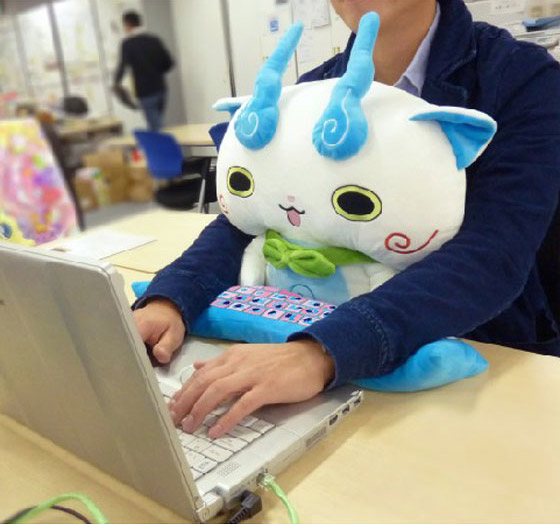 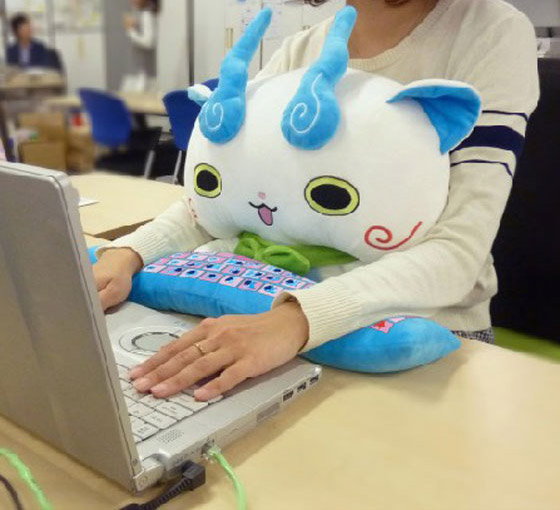 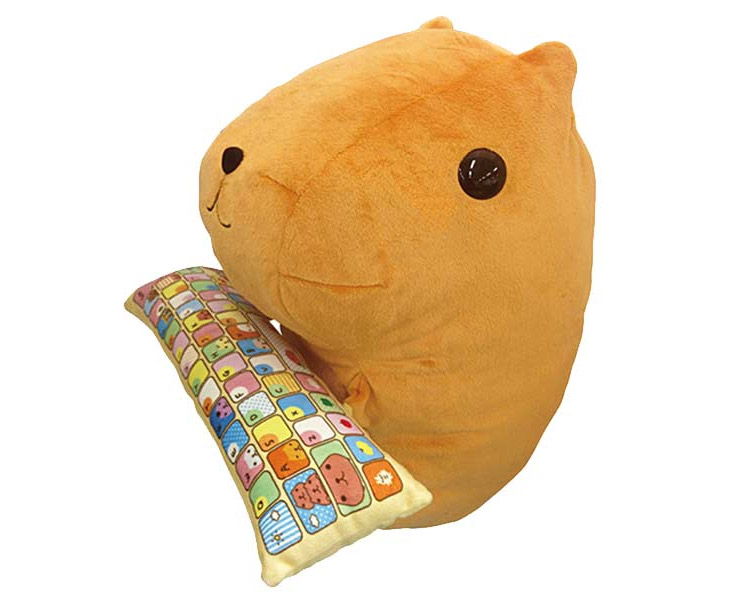 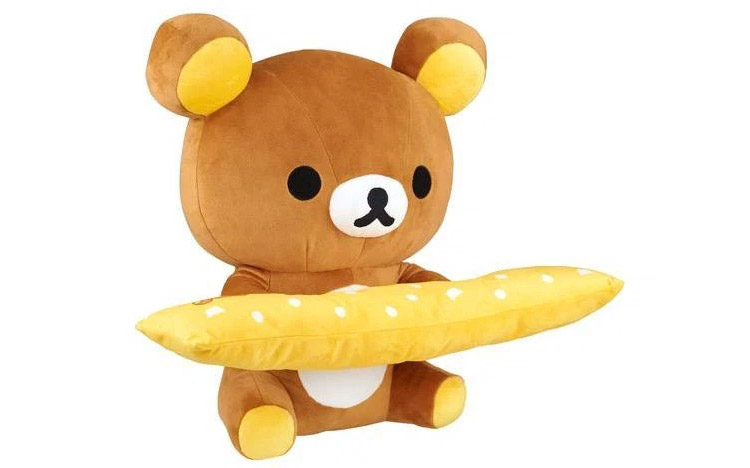 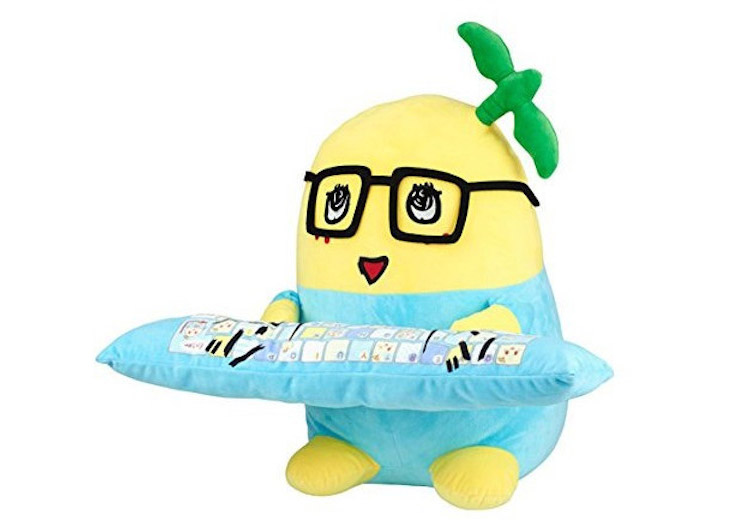 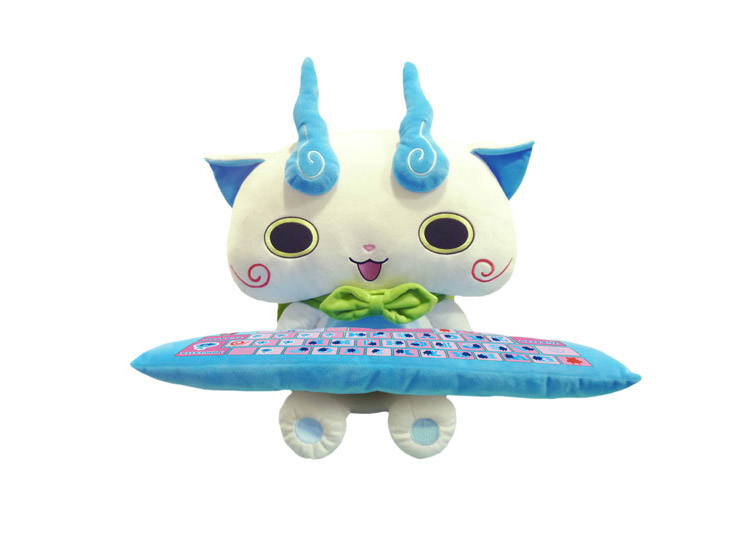