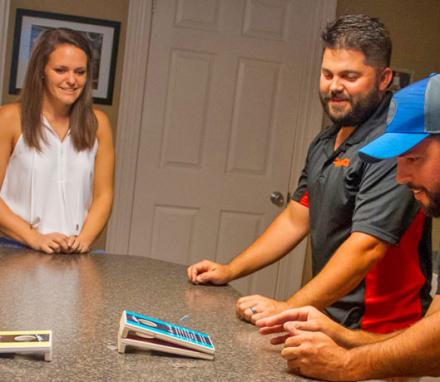 Pretty much everyone in the world has played a game of cornhole (aka bag toss) in their life. Plus a lot of people probably played the game Quarters, where you attempt to bounce a quarter off the table and into a shot glass as a drinking game in college. This new game Coinhole combines the two games by attempting to bounce a quarter into the center hole of a mini cornhole board for a fun party or drinking game.

There's a bunch of different ways you can play the mini cornhole quarter game, including just a mini version of your standard cornhole (bag toss) game, where you simply bounce the quarter onto the board with hopes of it landing on the board or in the hole. If you land it on the board, you get 1 point, and if you get it in the hole you get 3 points. You play to 21.

There's another way to play the Coinhole game that's more similar to the drinking game Quarters (aka speed Coinhole). You play this version of the game by attempting to get the quarter in the hole or on the board as fast as you can and pass it to the person next to you, where they try to do the same thing as fast as they can. Except with this version there are two boards simultaneously rotating around the circle of people in the same direction.

If the boards catch up to one another and overlap on one person, you must stack the boards on top of one another to stop the player from being able to shoot. They are then declared the loser. The loser has one final shot at making the quarter into the hole of both stacked boards. If they make it they pass it to the person of their choosing, if they miss, they are a double-loser and must drink, pay, or however you're playing the game.

You can play the Coinhole game as a drinking game, a game of gambling, or just to have some fun with a group of people. You can follow the rules of their different games on their website, or just make up your own rules as you see fit. 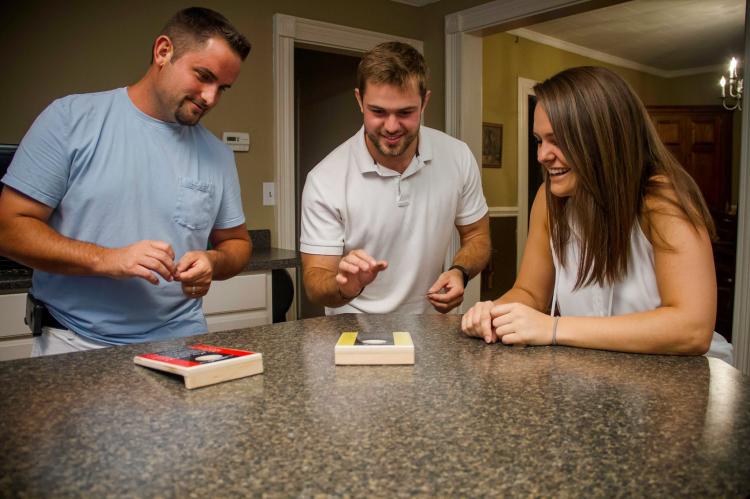 The Coinhole board games come in a bunch of different designs to choose from, including American flags, beach scenes, various college and NFL logos, camouflage, and various other designs. 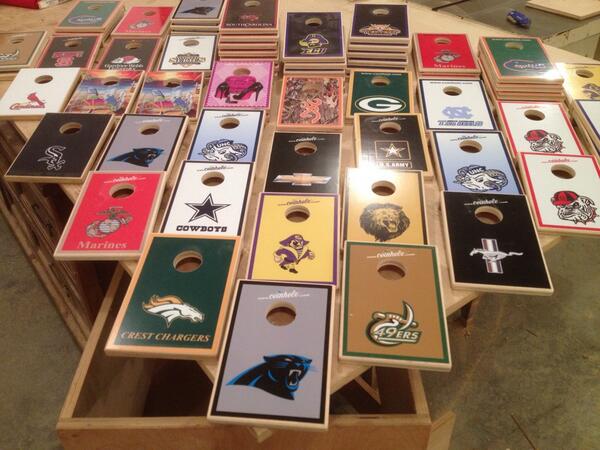 A perfect gift idea for people in college, the mini cornhole board games are sold individually, and are hand-built in the USA. 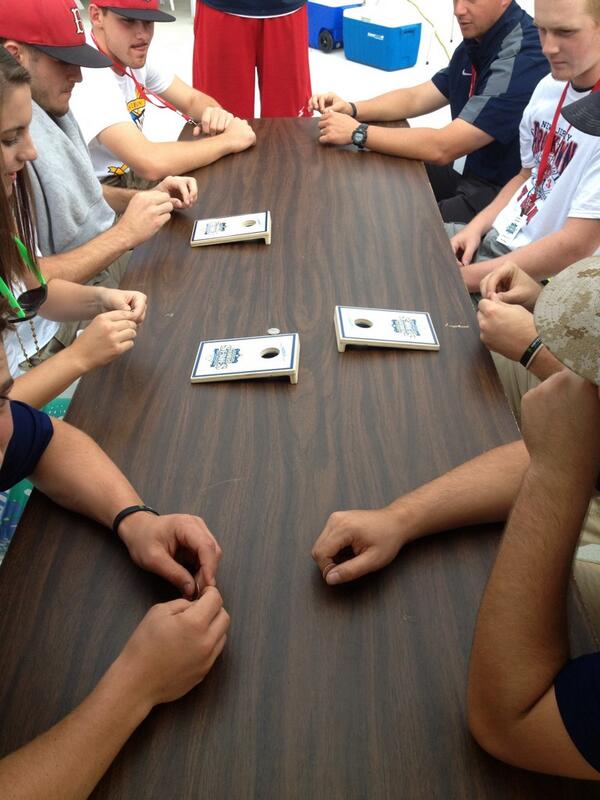 Check out the Coinhole mini cornhole (bag toss) quarter game in action via the video below.