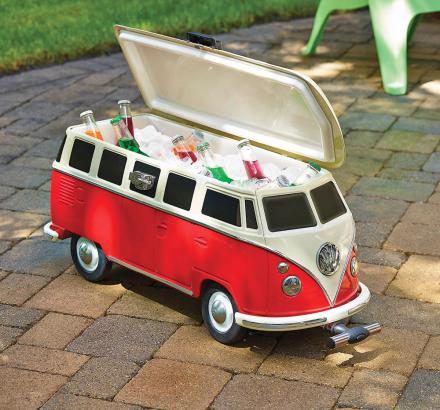 This cooler is made to look like an old Volkswagen hippy van from the 60's as it can actually be wheeled around on it's wheels like it's an actual functional van, granted about 20x smaller. The hippy van cooler even has a 24 inch telescoping handle that you can pull out from underneath it to wheel it around.

Volkswagen vans are now somewhat of a collectible item as everything is made into a hippy van now-a-days, including  sleeping bags, tents, and even record players, and it certainly doesn't stop there. The hippy van cooler even has key lock on the side of it that allows you to lock your cooler just like its an actual car. 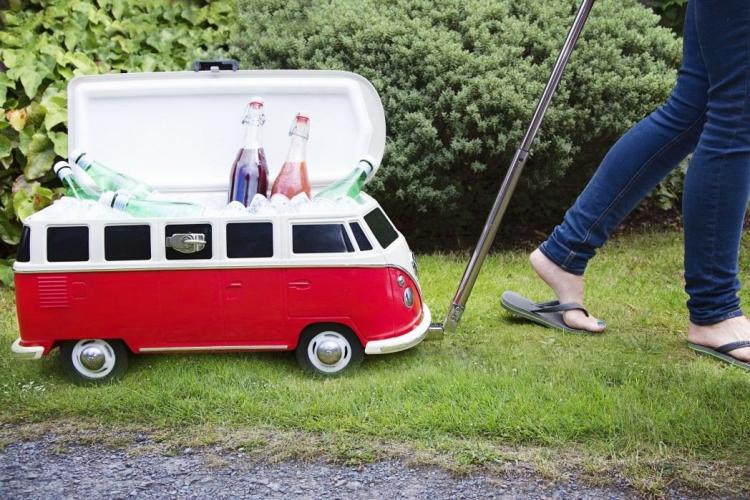 Every last detail in the hippy van cooler is made to replicate the Volkswagen van from the 60's including the eight panoramic roof windows, the fabric sunroof, and even the overhanging hat that originally acted as a sun guard now acts as a handle for the cooler lid for easier access. 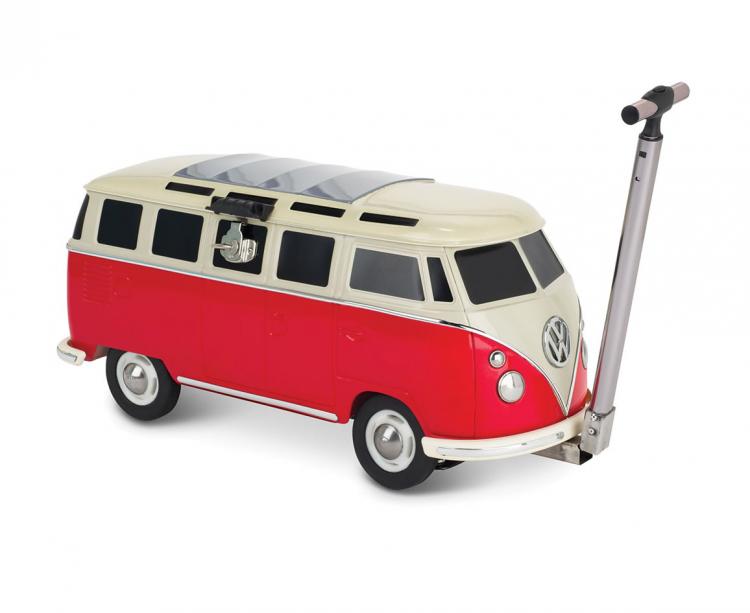 The Volkswagen hippy van cooler is able to hold up to 24 16 oz bottles along with ice, has 0.75 inch insulation on the cooler which helps keep your drinks cool for longer, is made with 8 inch diameter rubber tires that move and steer with the handle, has a draining hole in the rear of the van, and the whole thing measures 26.5 inches long x 17 inches wide x 15.5 inches tall. 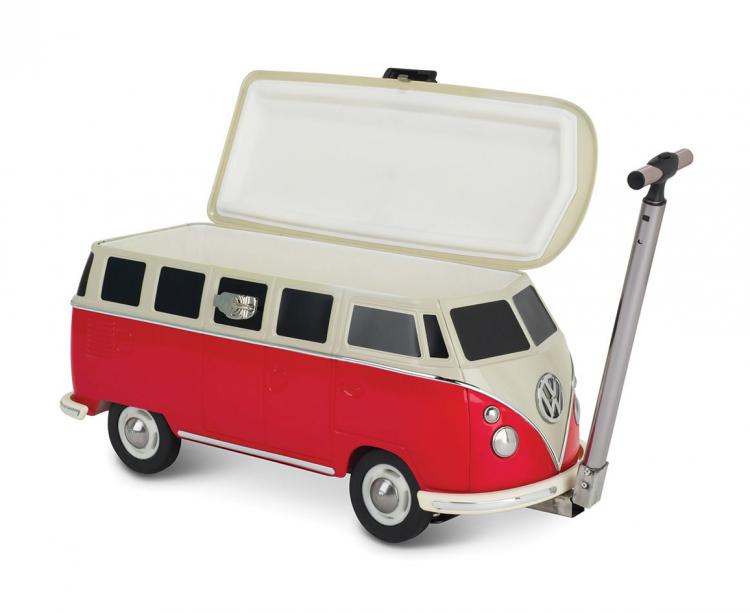 The hippy van cooler is certainly expensive at $500, as you could probably buy a regular cooler at Walmart for about 9 bucks, but if you're into collecting Volkswagen van accessories, this cooler might be for you. 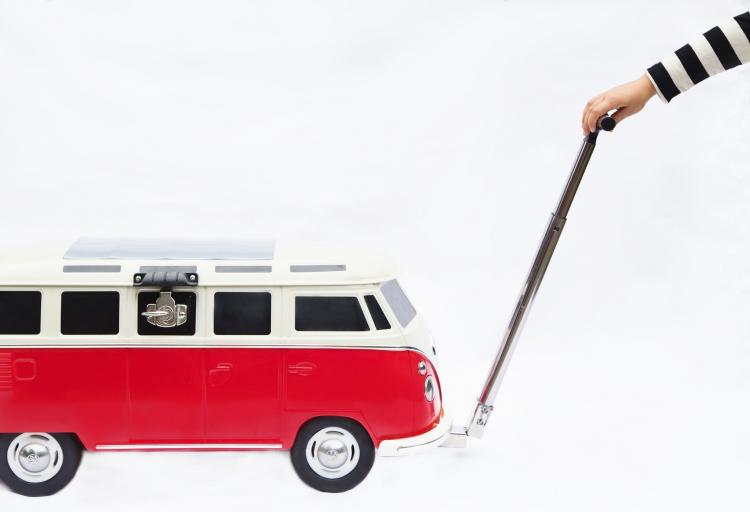 Check out the VW hippy bus rolling cooler in action via the video below. 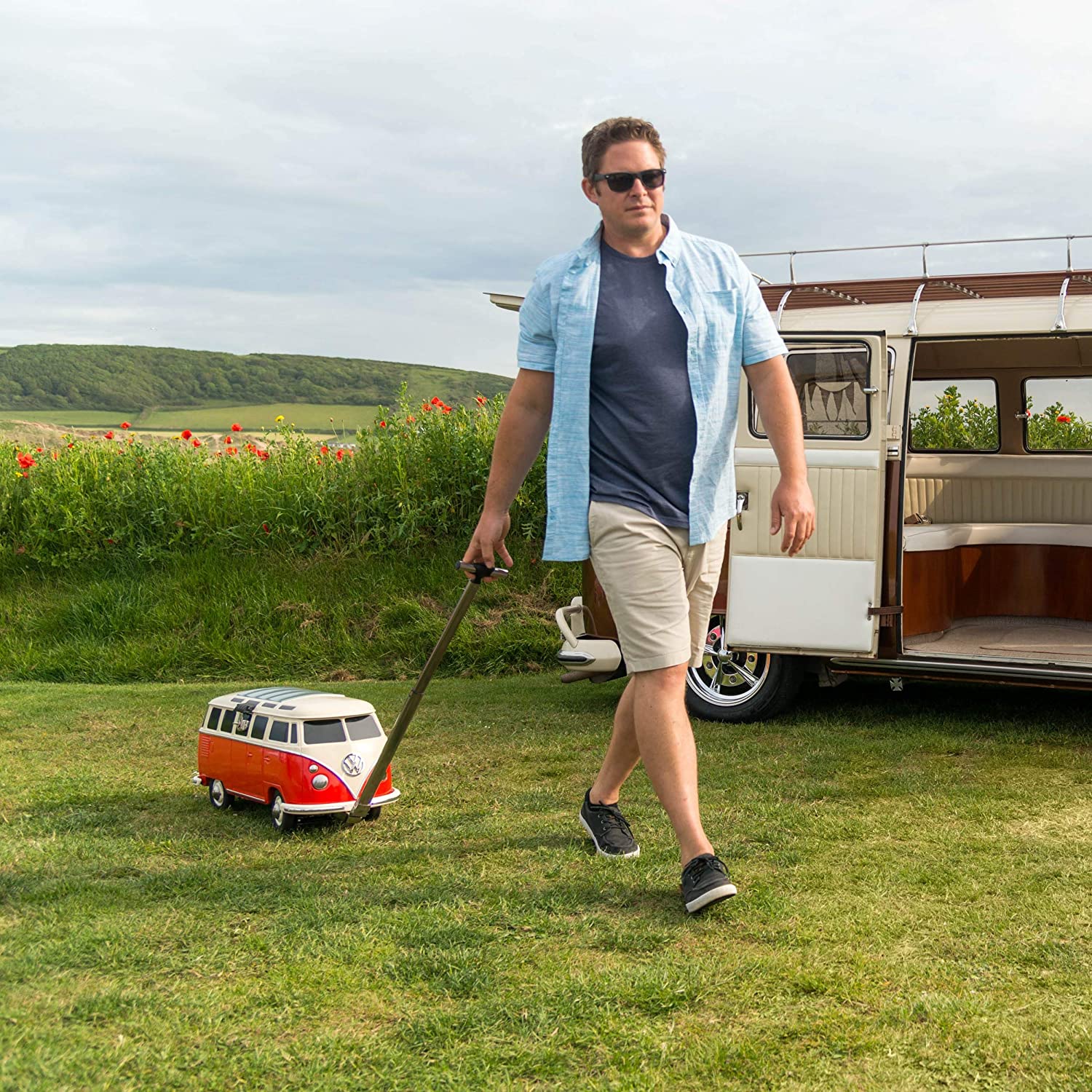 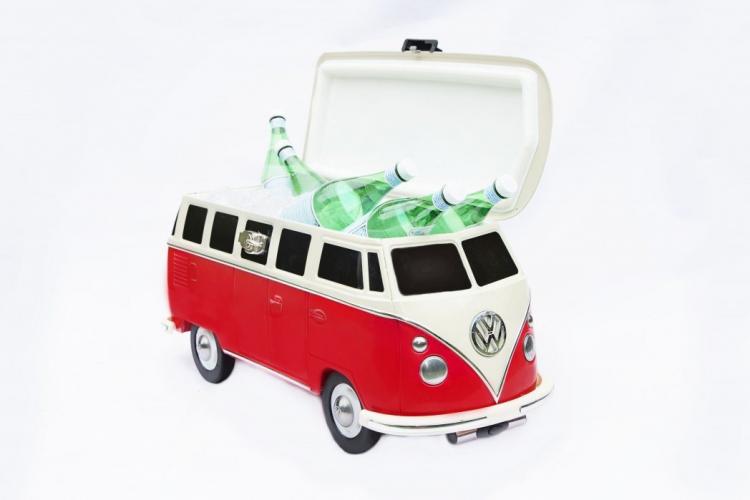 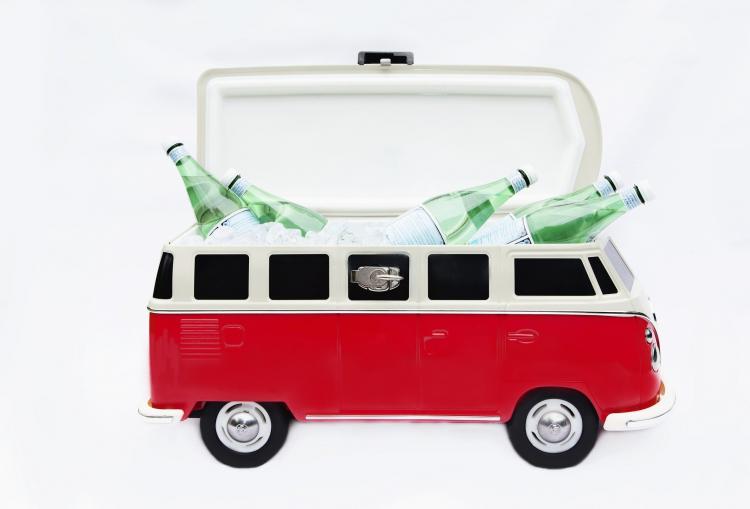 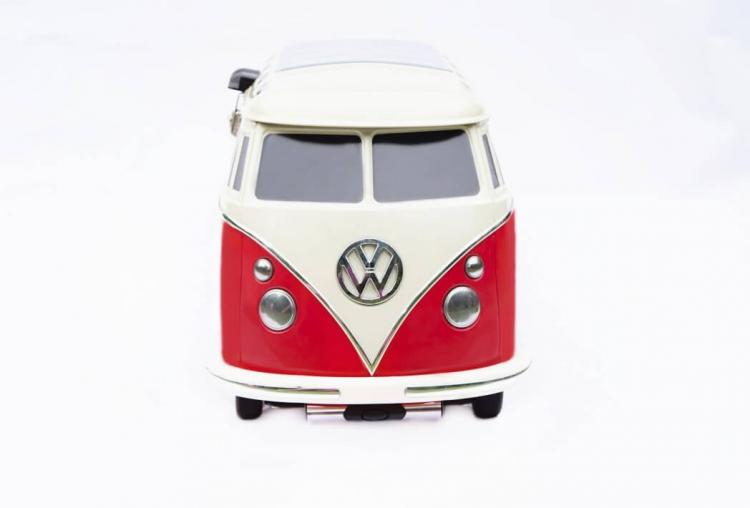 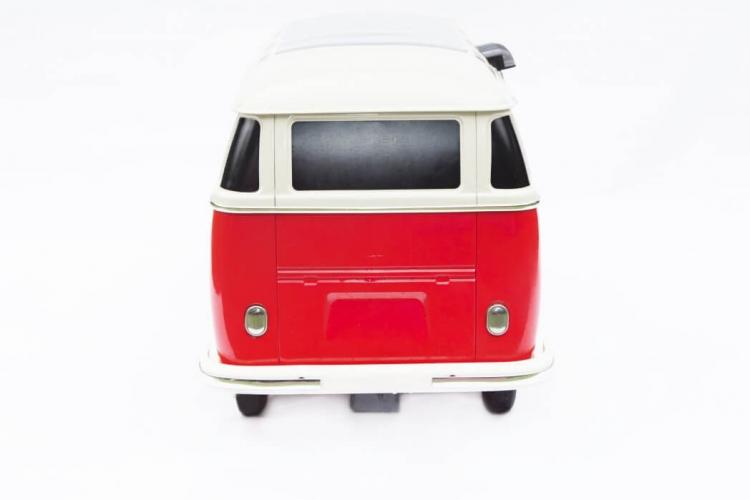 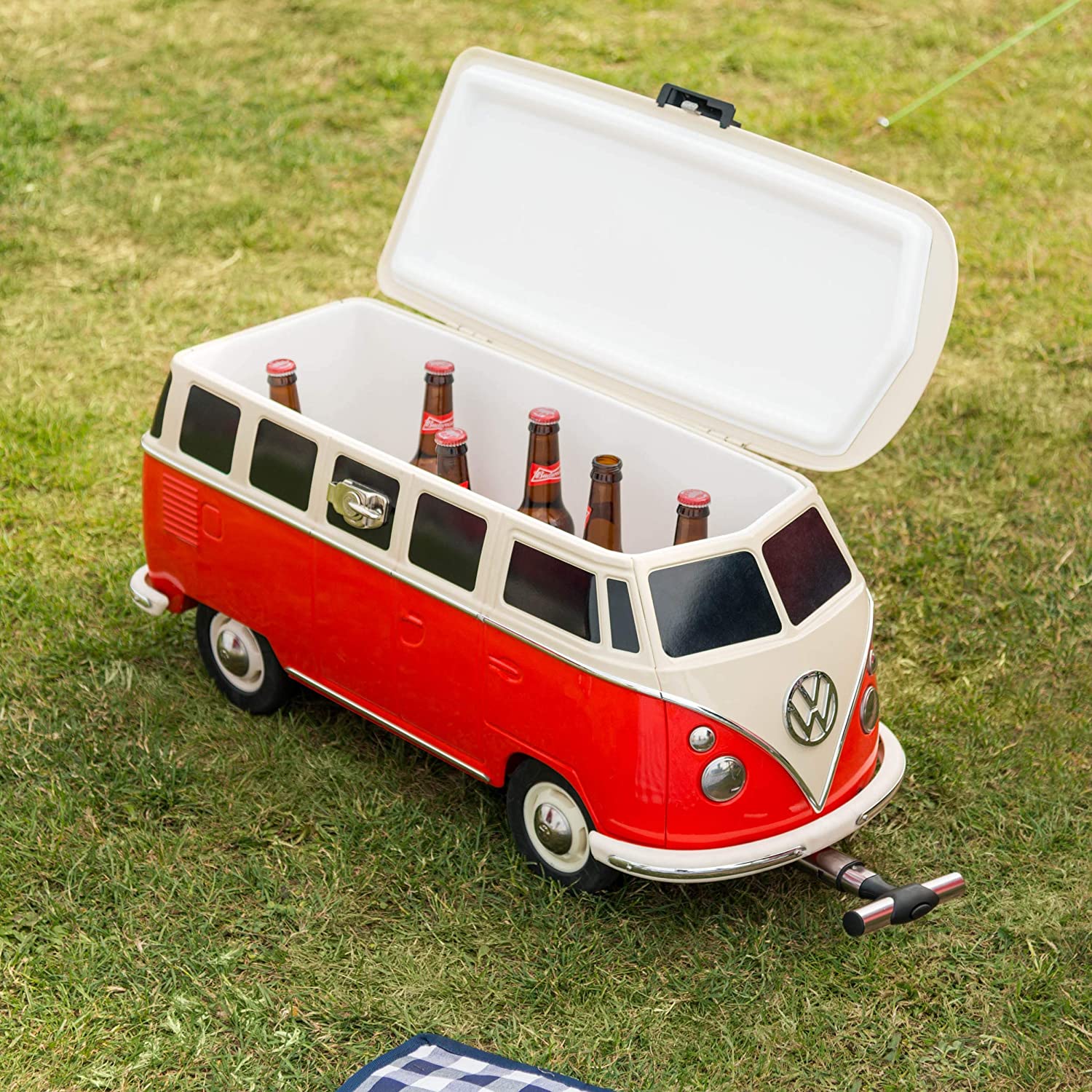