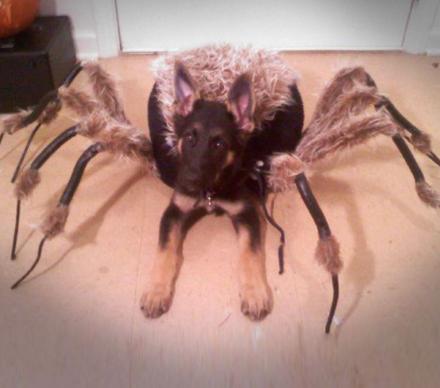 By now, I'm sure you've seen the viral video of the dog in a spider costume scaring the ever loving shit out of unsuspecting numskulls that see a giant spider coming their way, if not, check it out below. Now you can be the owner of said dog, just put the spider costume on your dog, shove him in an elevator next to a dead corpse, or fake corpse if you're not looking to go all out, and when the door opens and people attempt to walk in they will be greeted with a giant tarantula munching on a dead body, and they most likely suffer a severe heart attack and you will be charged with murder via tarantula dog scare. But just think of how hilarious it'll be!

The Tarantula dog costume is a bit different from the main picture shown as it is all black, is made from plush fabric, comes with eight bendable legs, has an adjustable Velcro closure under the belly of the dog, comes is sizes ranging from small - extra large, with lengths ranging from 12 inches long to 24 inches long. Though there are a bunch of different versions on Amazon that you can choose from depending on the size of your dog. 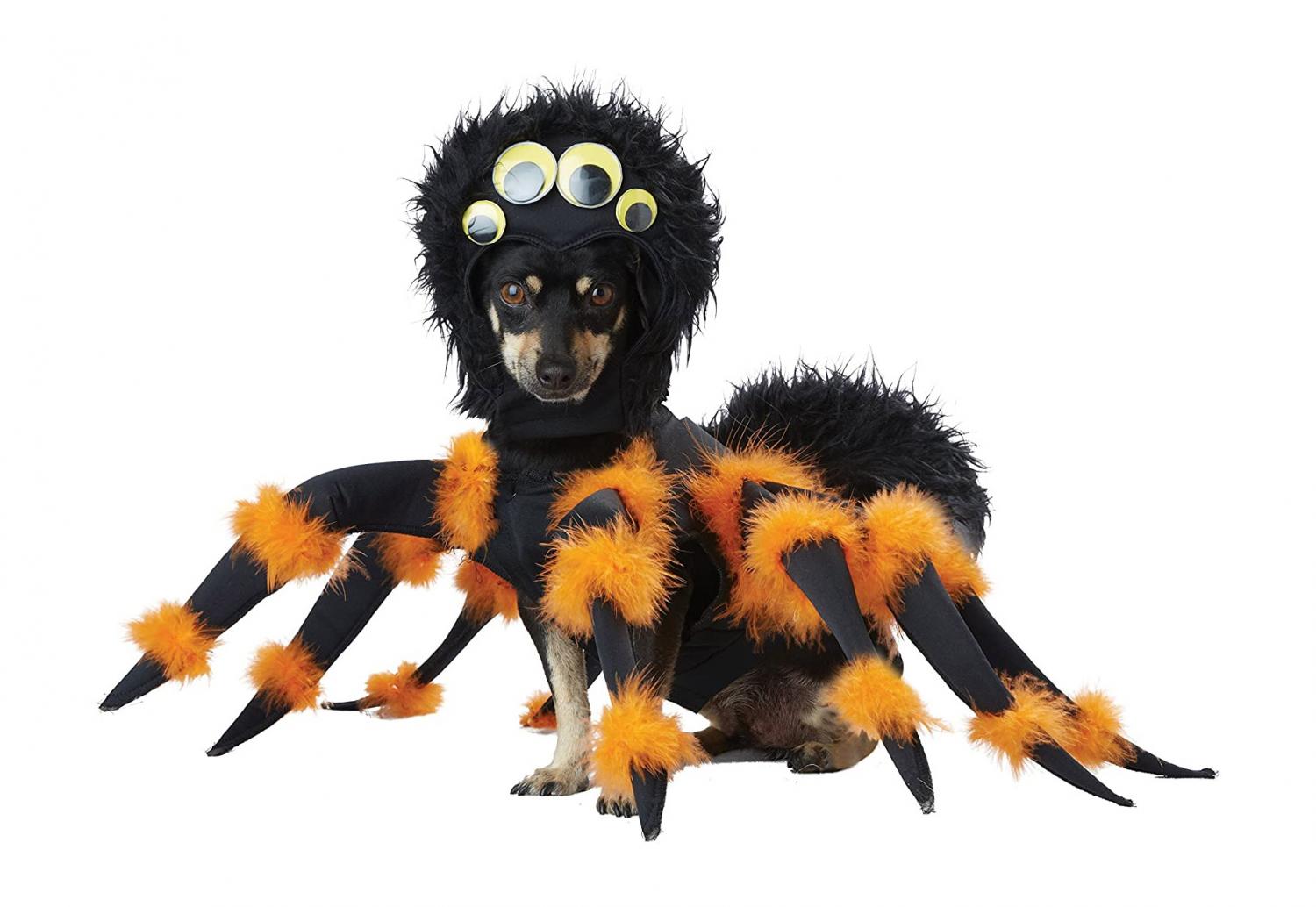 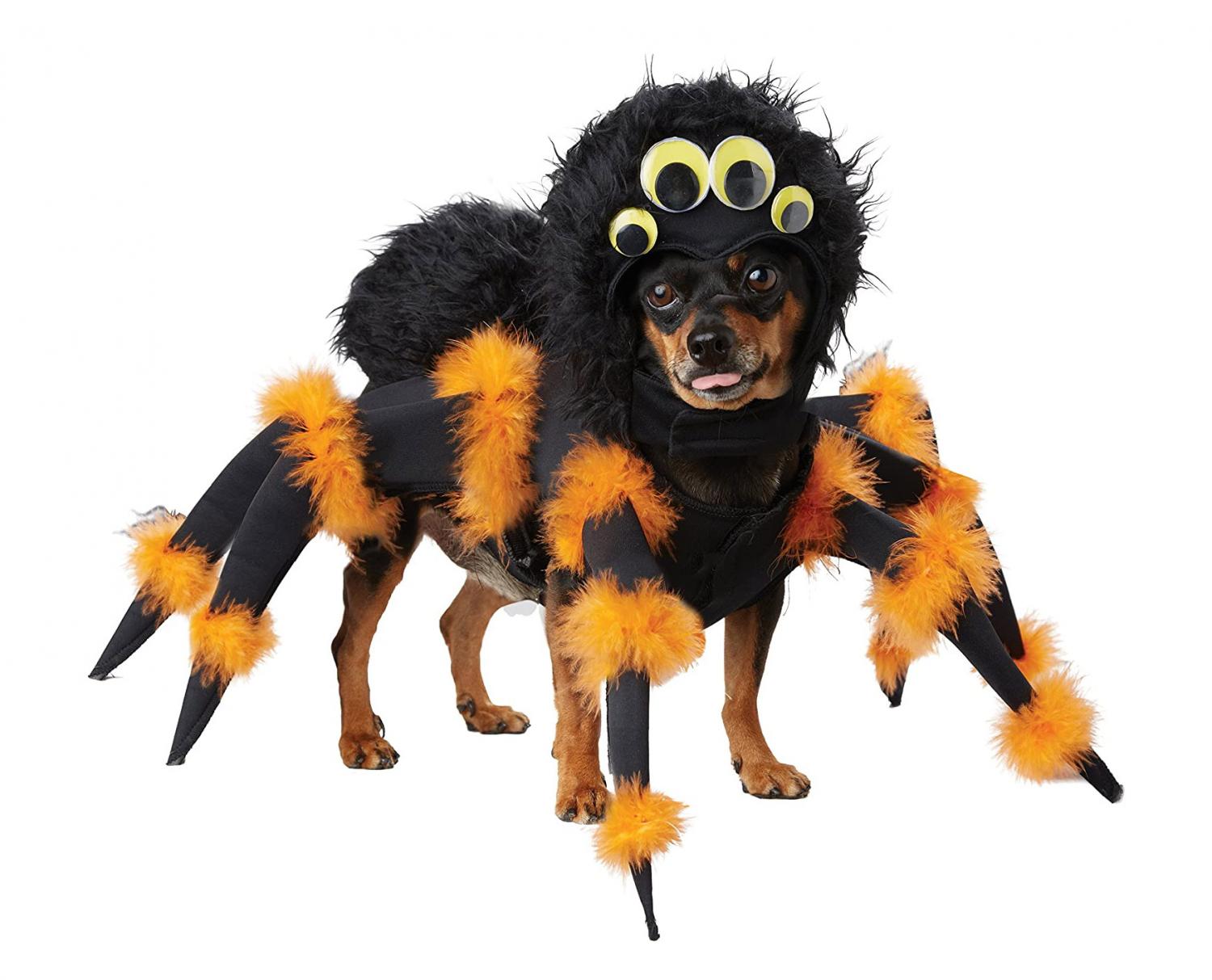 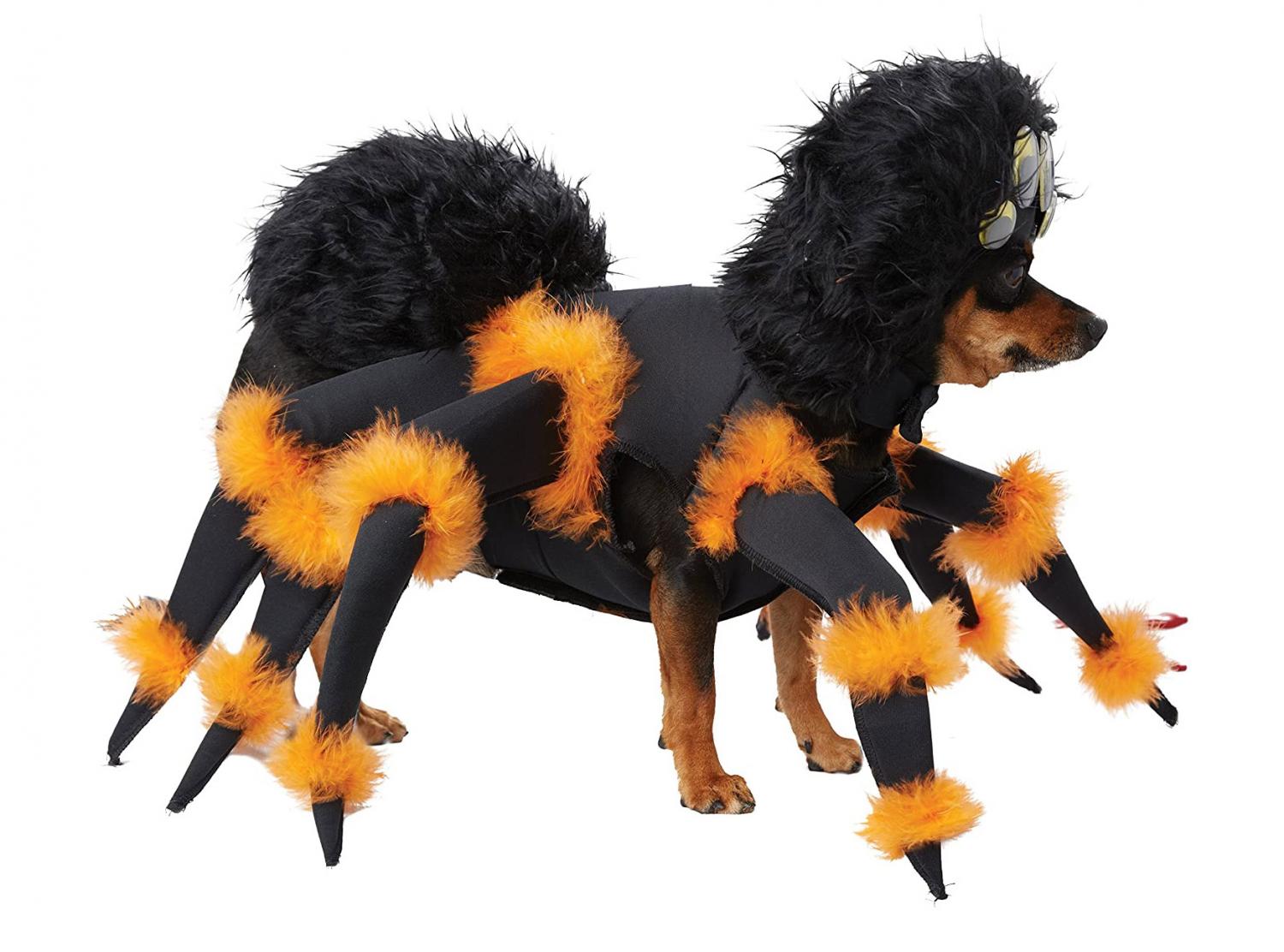 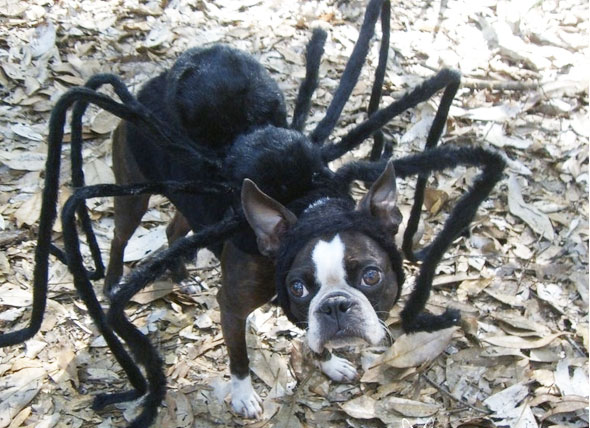 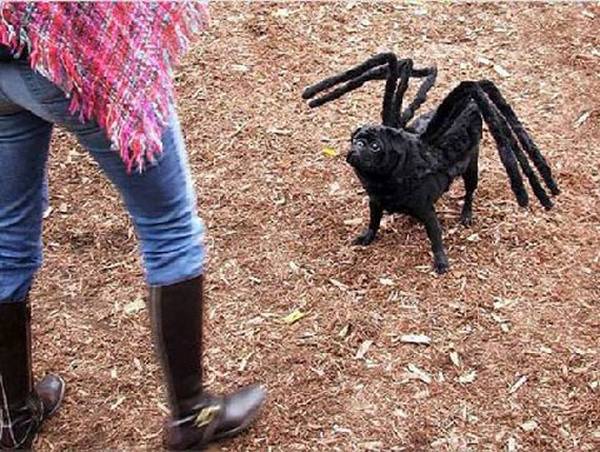 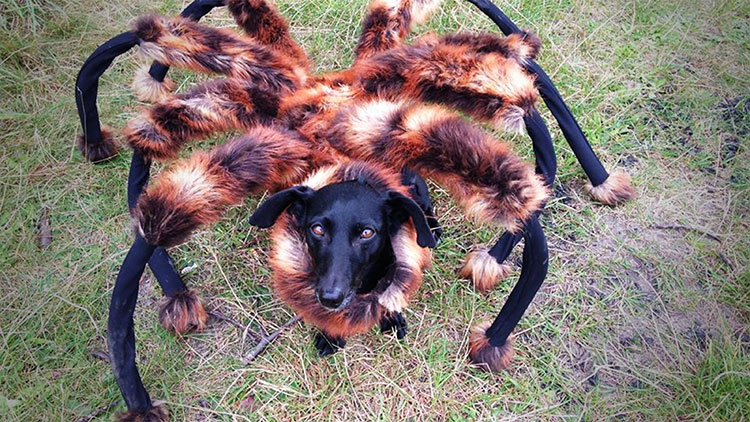 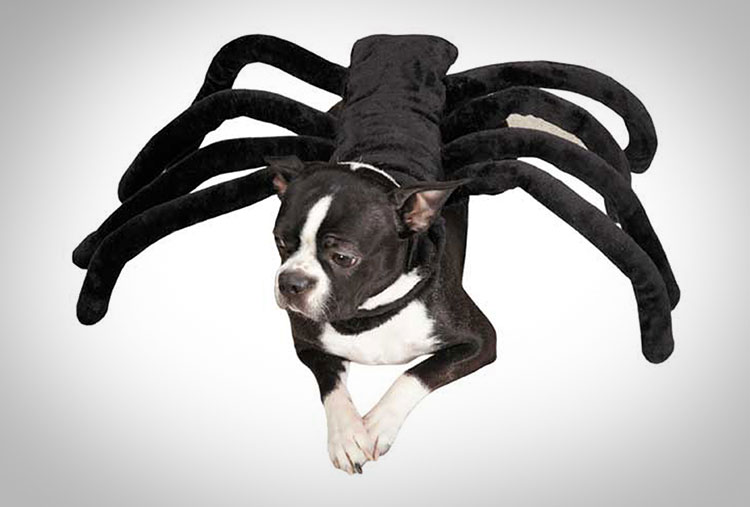 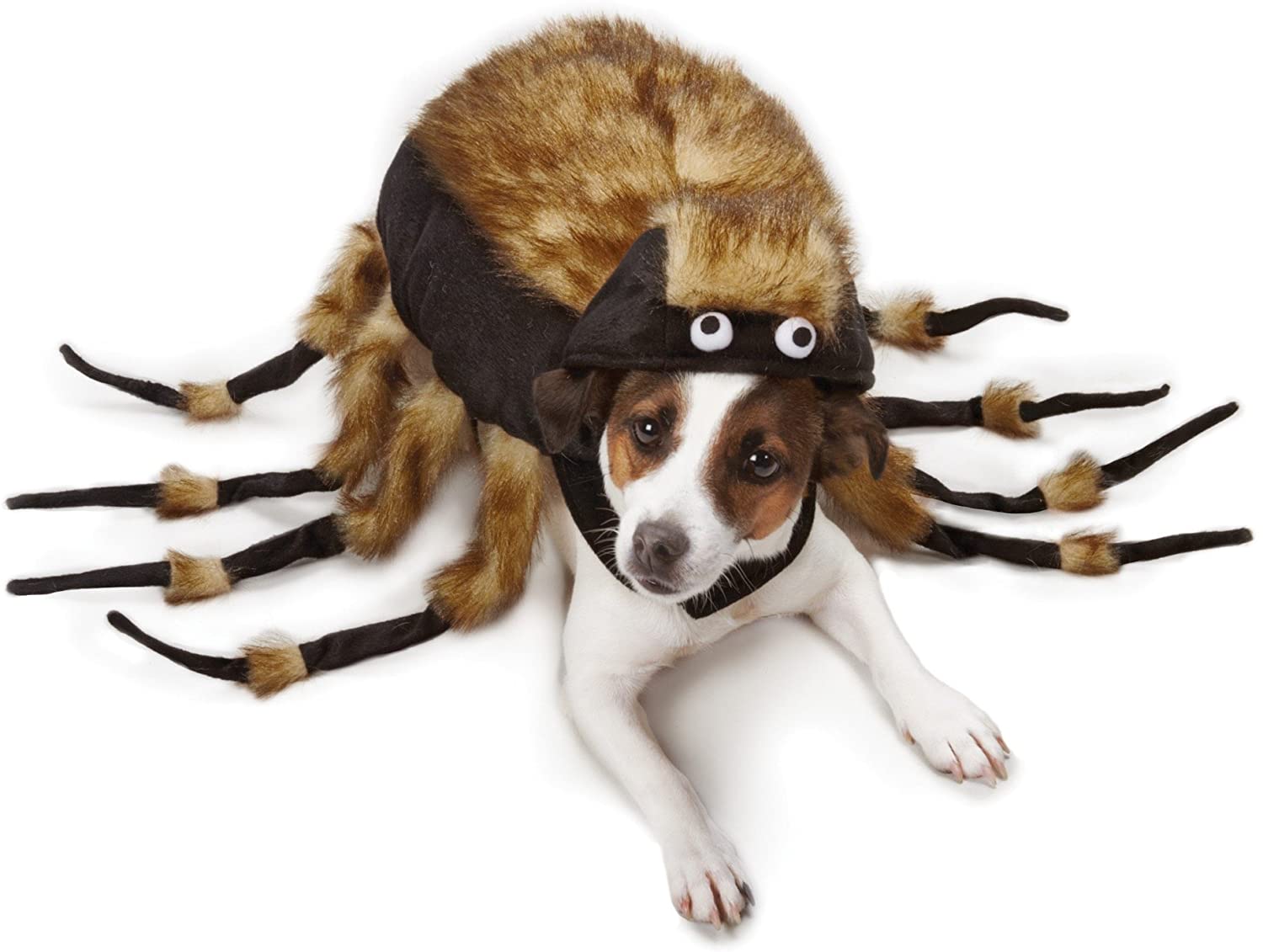