The SeaBreacher Is a Dolphin-Inspired Jet-Powered Watercraft Submarine Hybrid

If you've ever dreamed of flying through the water like a jet pilot would do in the air, look no further. This thing is called the SeaBreacher, and it's designed to look and function like a dolphin flipping through the ocean. It's a two-person boat/submarine hybrid that lets you both cruise around on top of the water, and dive down into the water, fully submerging the watercraft. 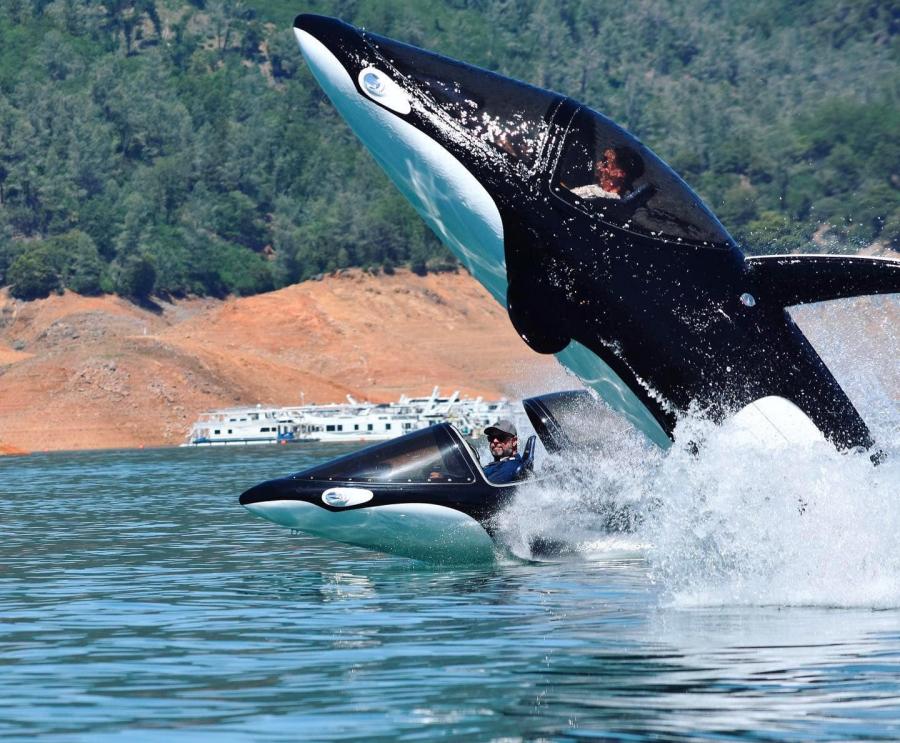 The SeaBreacher is sold by custom order only where you can select every option you want on the watercraft, along with customizing the design of the exterior to look like different animals such as dolphins, killer whales, sharks, and more. It gives a unique twisted union between a marine mammal and a fighter jet.

How do you operate the SeaBreacher?

Two pedals located by your feet allow you to steer the device left or right. The pedals actually turn the jet nozzle in the back of the boat left and right. The pedals actually move left and right and up and down, using different techniques will assist in diving and surfacing the watercraft. You can even do a barrel-roll on top of the water once you have enough experience. 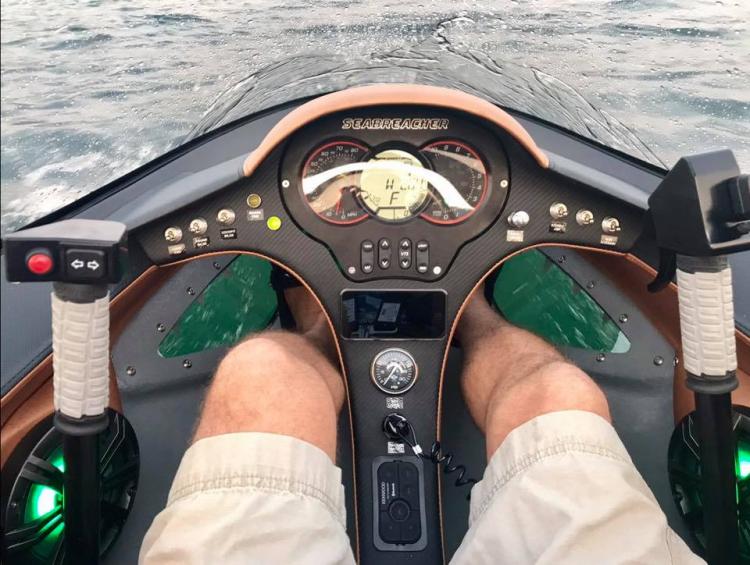 Although the SeaBreacher is classified as a conventional inboard powerboat and not a submarine, the watercraft can still dive up to 5-6 feet underwater. The boat is only meant to stay underwater very briefly, so it's not like the ego submarine where you can stay underwater and watch the sea life through a window. 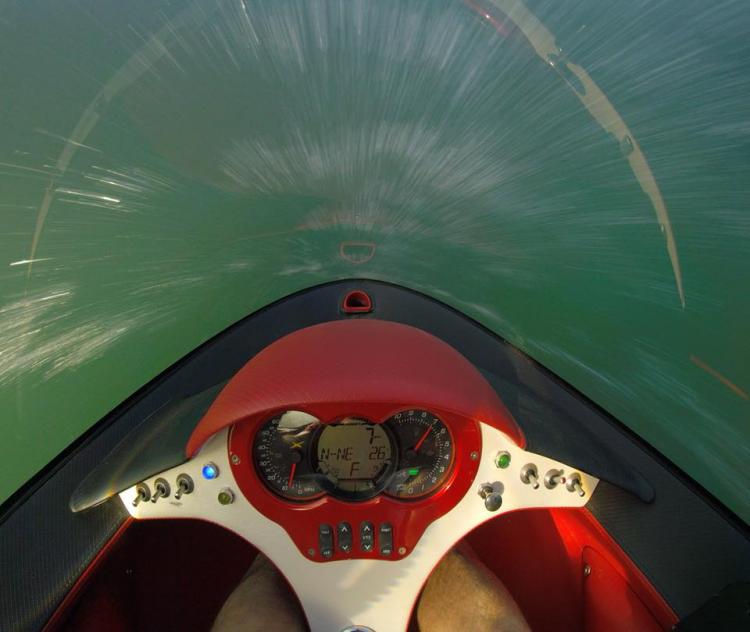 The SeaBreacher features a top jet-fighter like window that you can actually open up when while you drive if you stay above the water. It has seating for up to 2 people, and has custom dashboard options that let you customize the instrumentation, the LCD video display with a live camera feed, a marine stereo system, along with an iPod/iPhone dock. 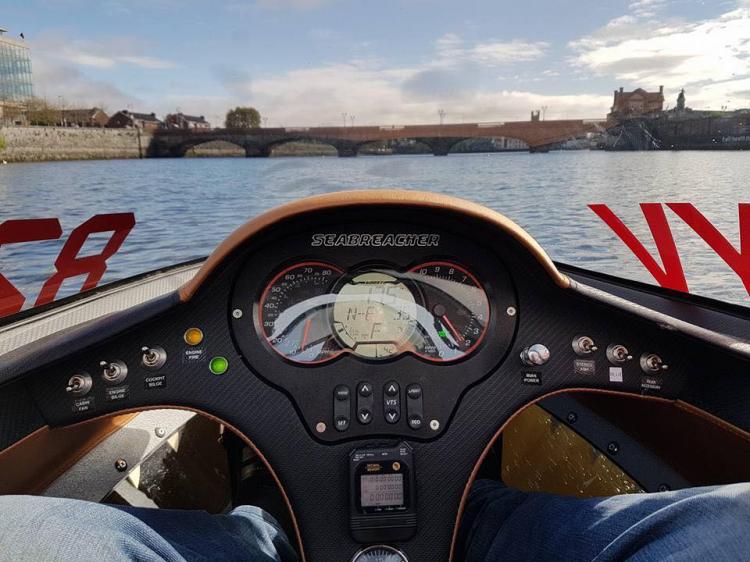 How fast can the SeaBreacher go? 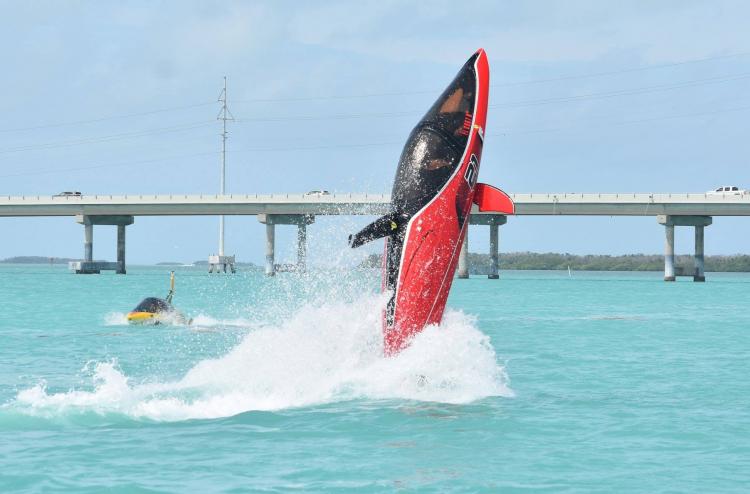 Other bits of information on the SeaBreacher 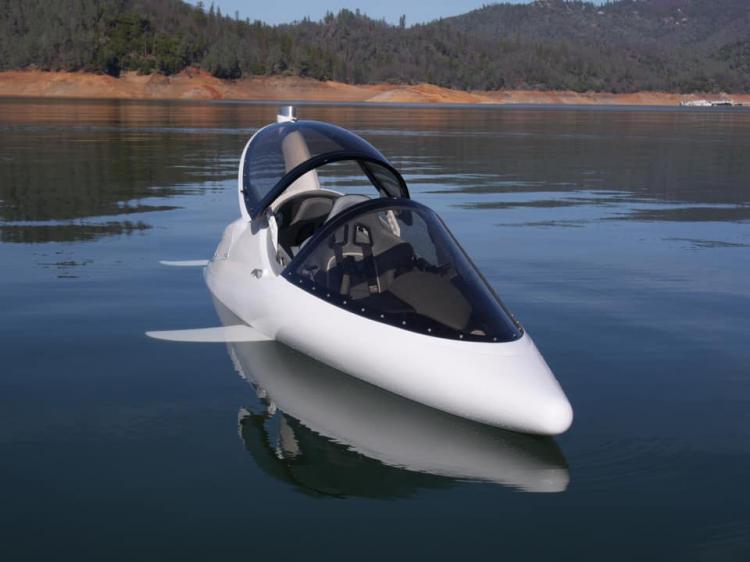 The Seabreacher is only meant to go just below the surface of the water, as it doesn't fully dive under the water like an actual submarine! 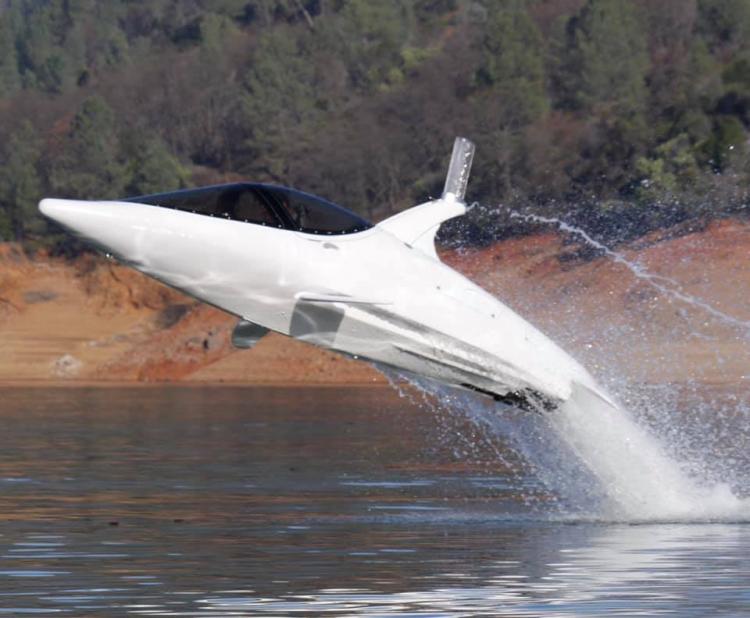 Typically the SeaBreacher will reach depths of around 5-6 feet underwater! 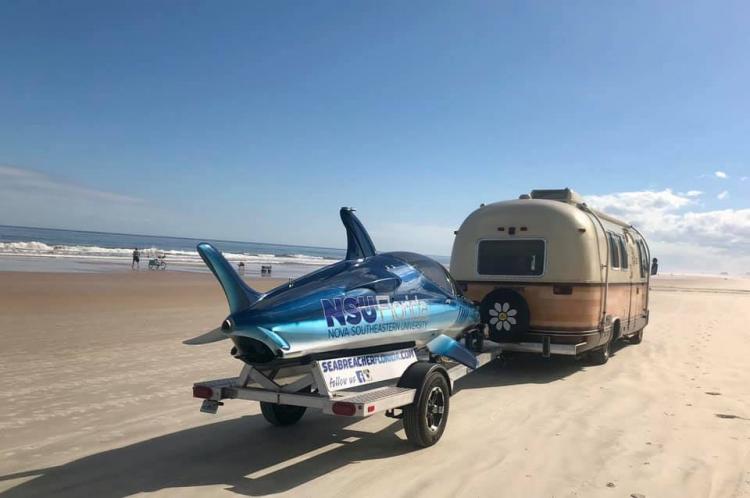 You can customize the look of your Seabreacher from tons of different designs, or even get something completely customized to your liking! 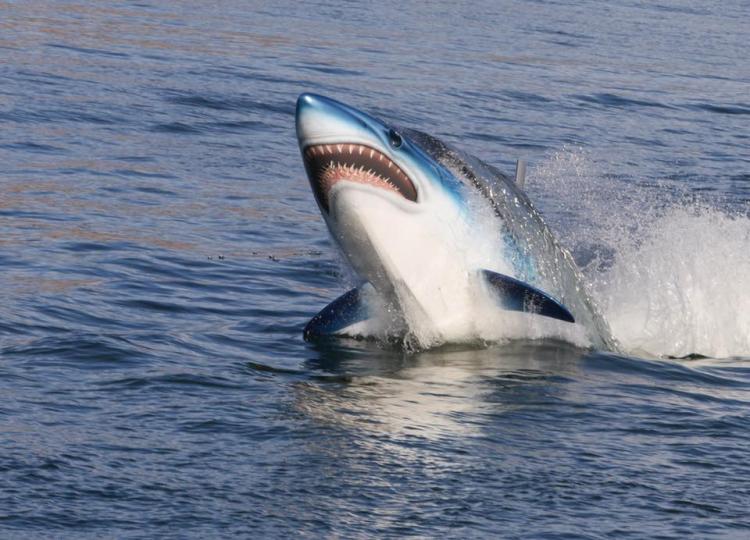 Open the top hatch of the Seabreacher when you'd like some fresh air! Though just make you stay above the surface of the water! 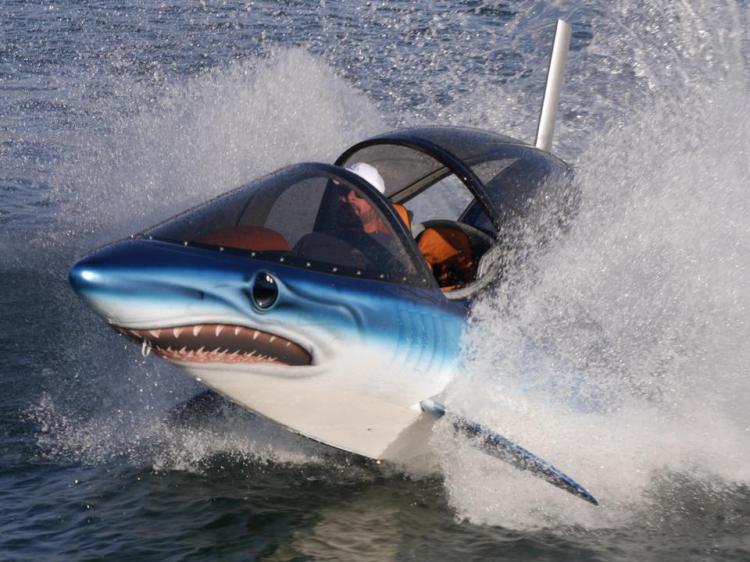 The unique watercraft submarine hybrid is designed to always stay positively buoyant and to always self-right itself to stay balanced. 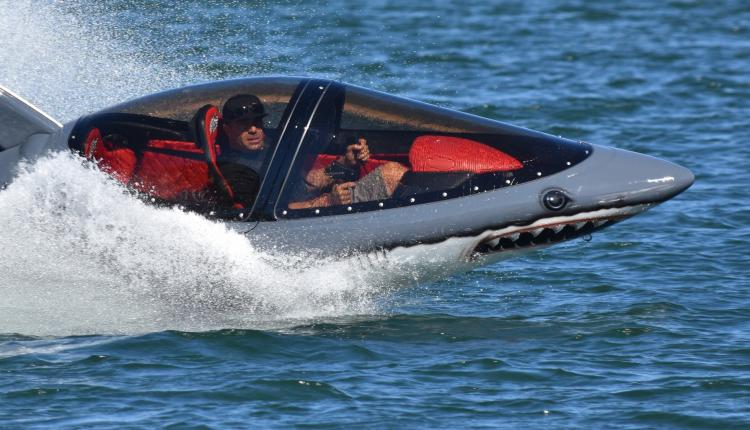 "Available in Shark style X model, Killer Whale Y mode, or Dolphin style Z model; each Seabreacher is a unique creation where customers can select from a vast array of individualized options." 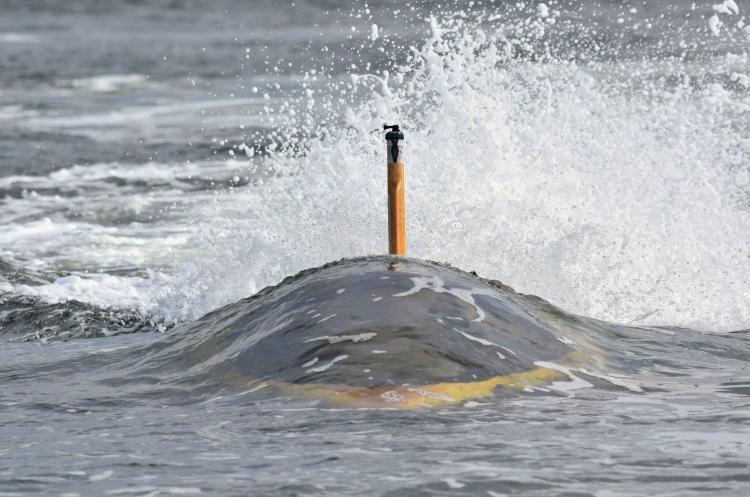 The straps on the Seabreacher's seats keep you secured just like you're driving an actual fighter jet! 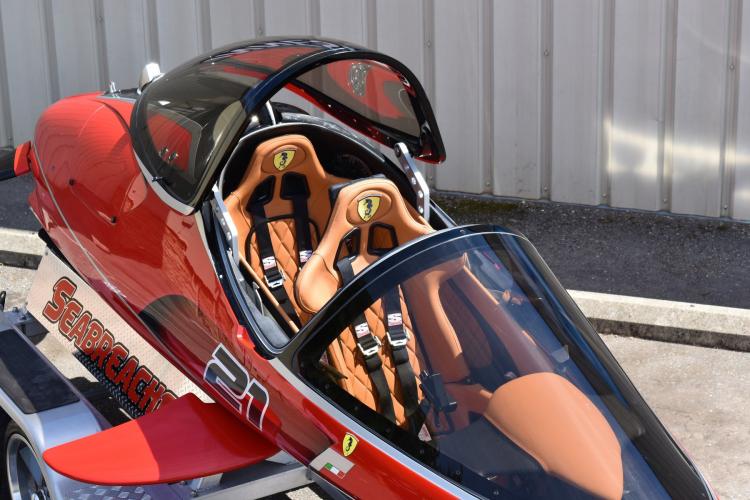 Some of the vessels have seating for up to 2 people inside, while other options let you ride on the back of the watercraft! 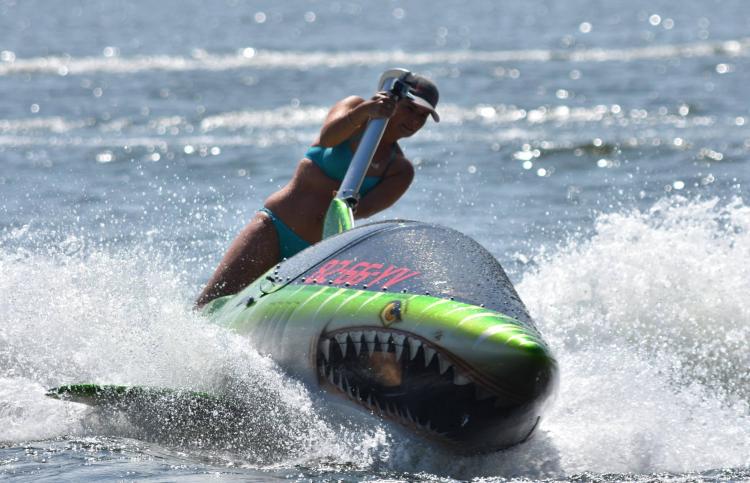 Two pedals near your feet allow you to steer the vessel left or right! 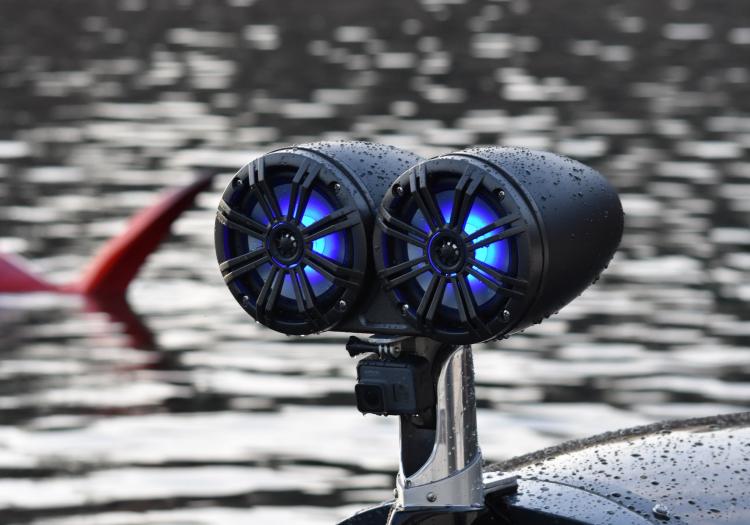 The hybrid submarine watercraft is powered by a Rotax 230hp supercharged engine that can reach speeds of up to 50 mph! 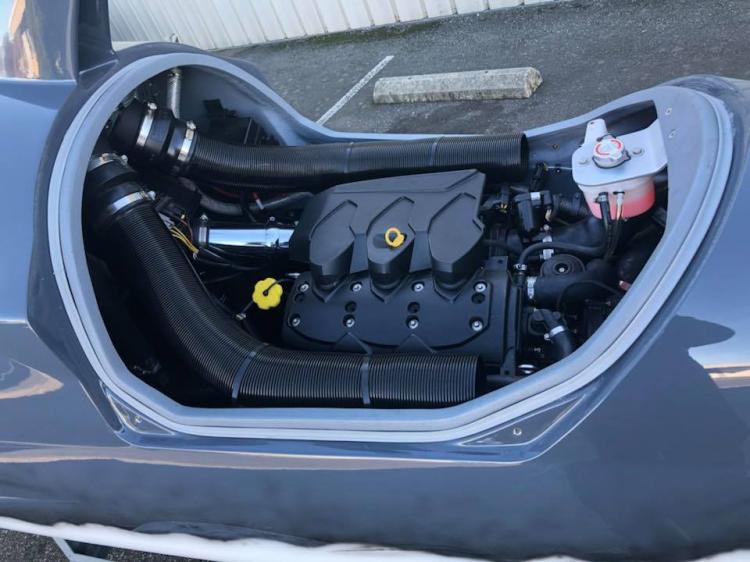 The top speed you can reach below the surface of the water is around 25 mph! 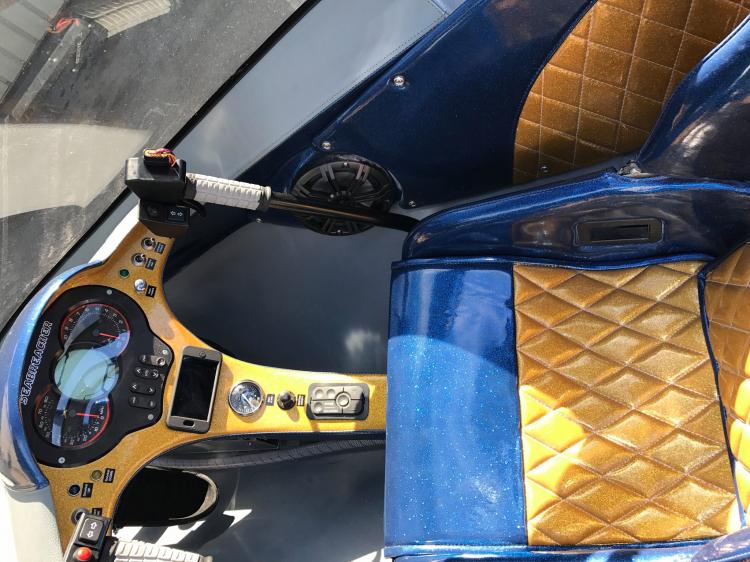 You can snag a SeaBreacher from their website for costs starting at around $80k! 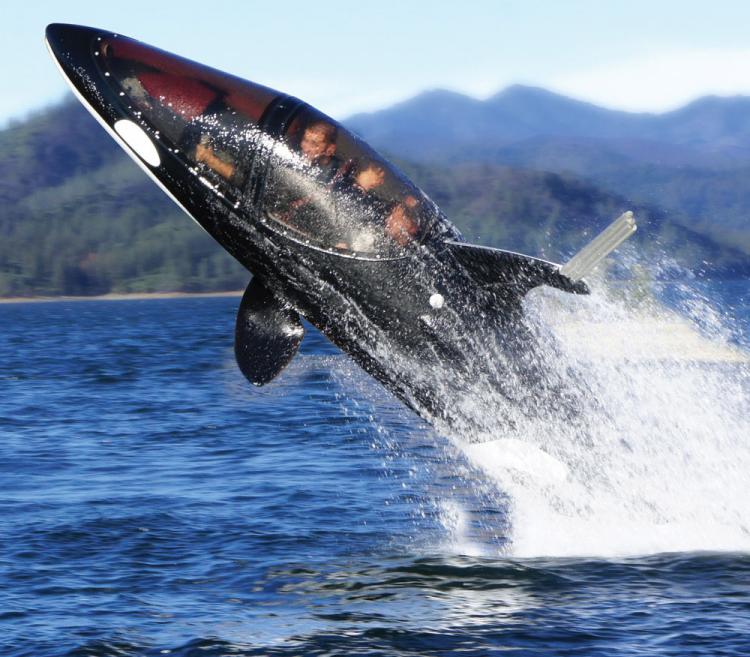 Check out the SeaBreacher dolphin inspired jet powered boat submarine hybrid in action via the video below.