If you were to buy a toy online after getting drunk or after taking some drugs, this would most likely be it. Euler's Spinning Disk is an amazing mixture of science, art, and awesomeness. The disk is a scientific educational toy that's meant to illustrate and study the dynamic system of a spinning disk on a flat surface.

Just give the disk a simple spin on the mirrored base and it will spin for an incredible amount of time. An average spin will usually last around a minute and half, but give it a real good spin and it may last for around 2 and a half minutes.

Euler's disk also comes with holographic decals that you can put on the top and bottom of the disk to give off a sweet light show while it spins. Plus using the mirrored base, it might just put you into a hypnotic trance if you stare at it too long. But the best part is the end, where there's a hypnotic mixture of light and sound as it gets faster and louder as it comes to a fantastic finale. 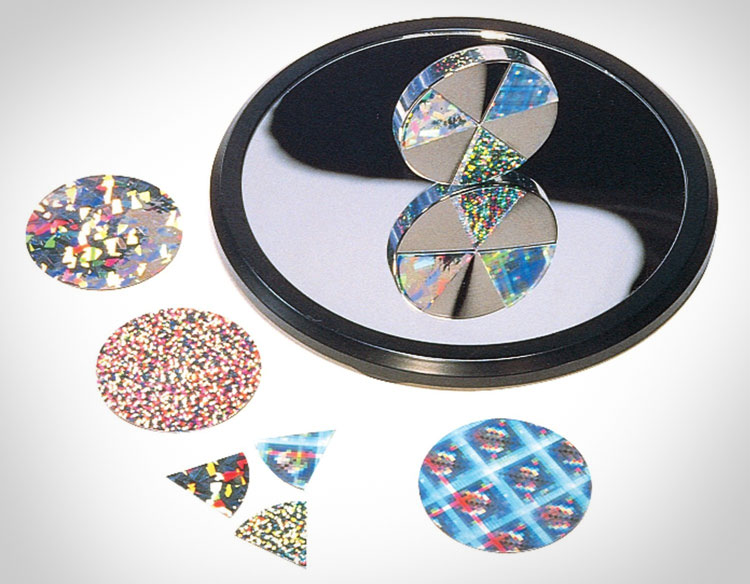 The base of the Euler's disk measures 9.8 inches x 9.3 inches x 1.4 inches and the actual disk measures 3 inch diameter and is made from chrome-plated steel. The disk and base together weigh around 2 lbs. Don't worry, your wife just won't understand your fascination with this amazing spinning toy, but rest assured, you're not crazy, or alone. 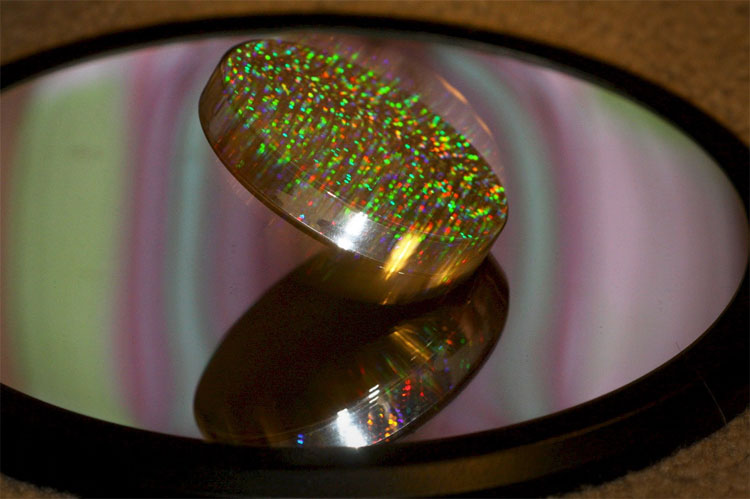 Check out the hypnotic spinning Euler's Disk in action via the video below. 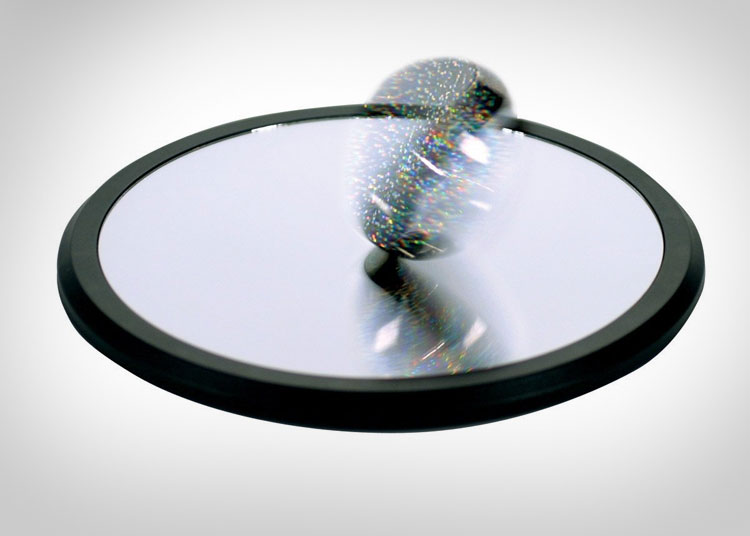 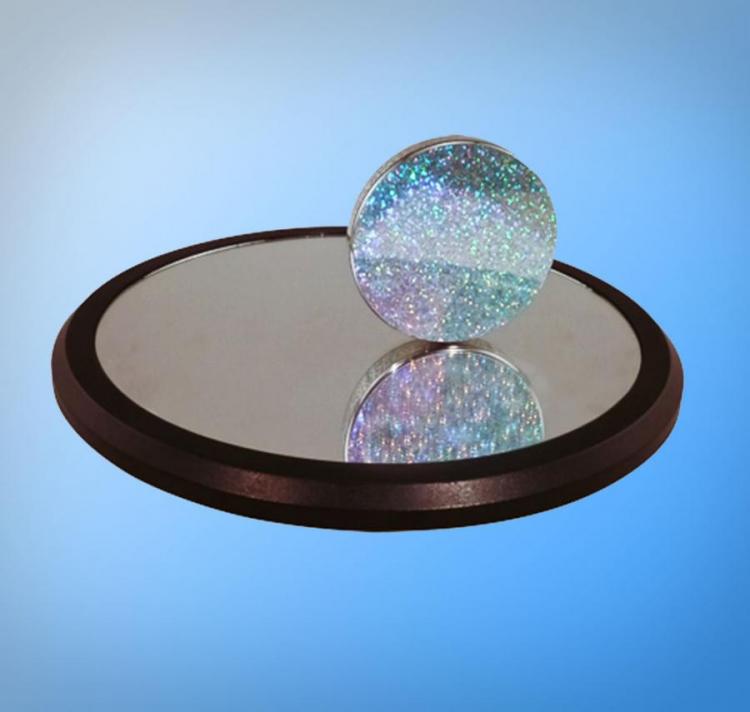 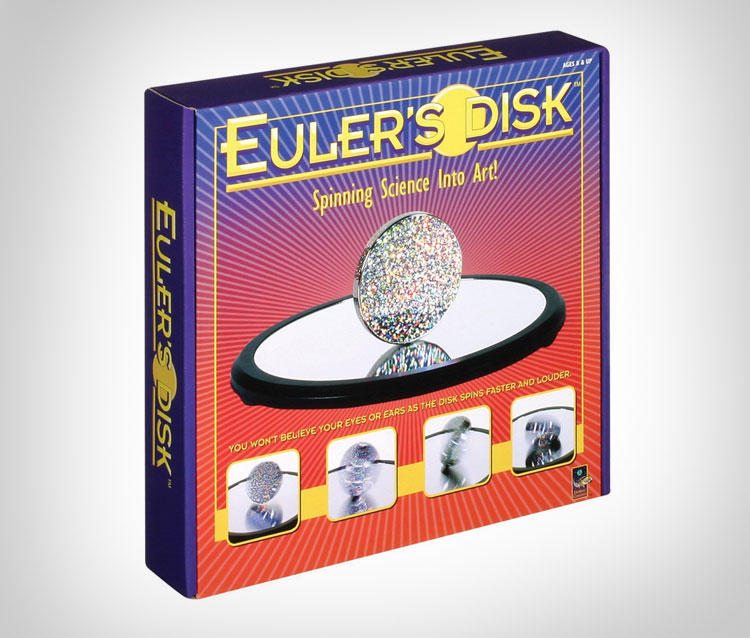 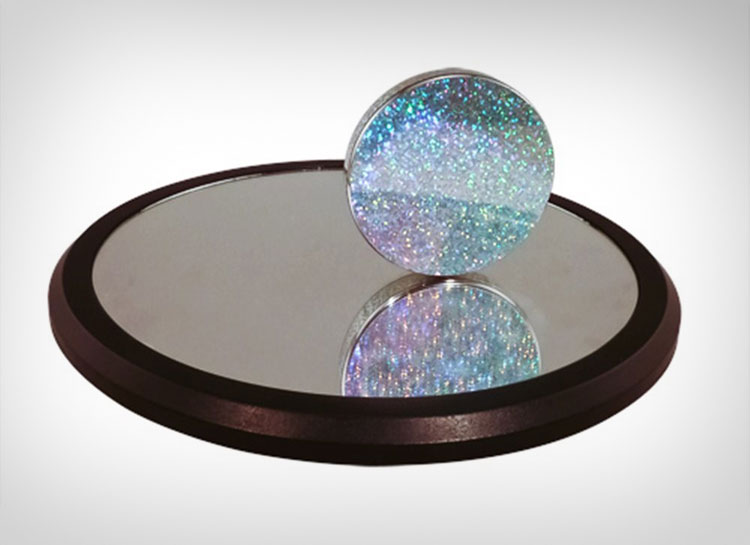