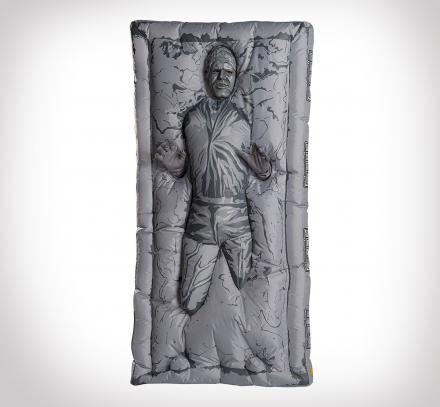 How it works is, there's a fan that's attached to the costume and will constantly pump air into the costume so that it stays fully inflated throughout your Halloween night! It's a similar idea to the inflatable fat suit Halloween costume. 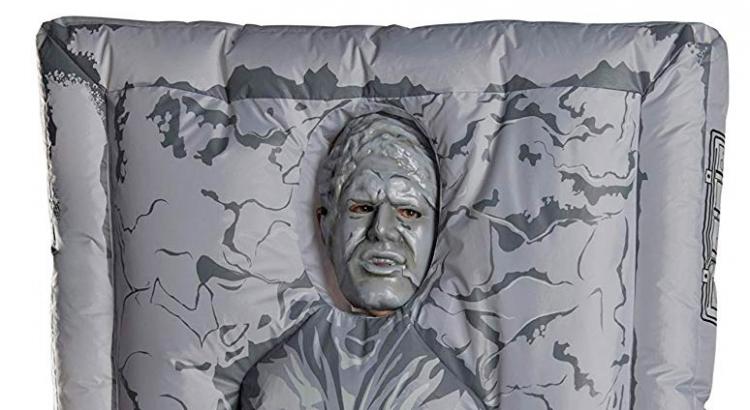 You then attach the costume to the front of your body and stick your hands and face through the proper holes. It even comes with gloves and a mask that makes them the same color as the carbonite on the rest of the body.

Officially licensed from Star Wars, the Han Solo in carbonite Halloween costume uses a Velcro attachment system that makes it super easy to get in and out of (especially for bathroom breaks). It's made from nylon, and is recommended to hand-wash only.

The Han Solo in carbonite Halloween costume is one-size-fits-most adult humans, and is grey in color.

Check out the Han Solo in carbonite costume in action via the video below.