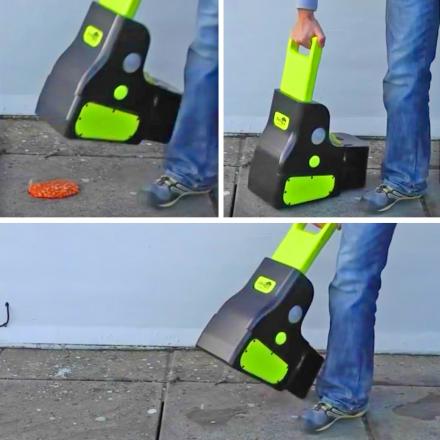 There's really a delicate and precise time in the Spring where you need to go out and clean all of the dog poop that's been accumulating in your yard for the entire winter. If you go too early, the dog poop is still frozen to the ground, and if you go too late the dog poop has already turned to soup from all of the rain. This unique auto-scooping dog pooper scooper will help you clean the poo from you entire yard, and even disinfects the area afterwards!

It's called the DooUp, and picks up dog poop by simply placing the device over the pile, pushing down on the lever once or twice, and it's done. Not only does it cleanly pick up the dog poop and store inside of a container, but it also wipes to disinfect the area after it picks it up.

A compartment on the side of the DooUp dog pooper scooper stores sanitizing solution that sprays the are after picking it up automatically. This way all you have to do is push the lever down and it picks up the poop and sprays in one swift movement. 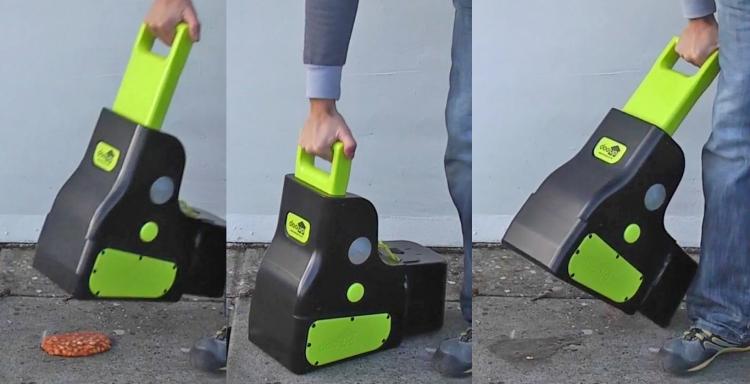 What surfaces does the DooUp Pooper Scooper work on? 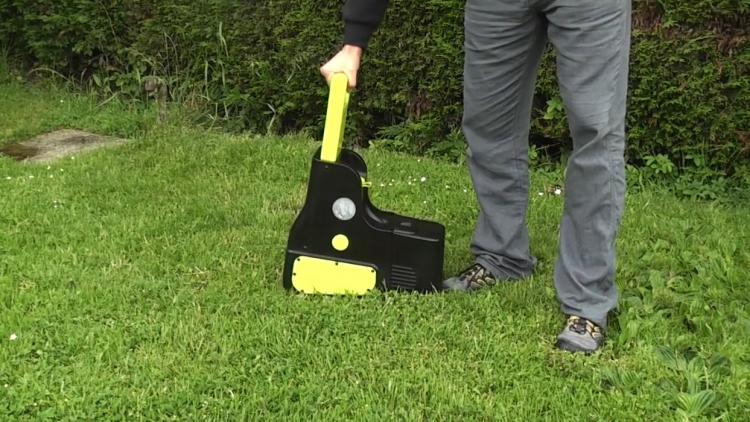 Though, different techniques are required in order for it to work on difficult terrains. It the dog poop is soft and runny, more than one push of the lever may be required. 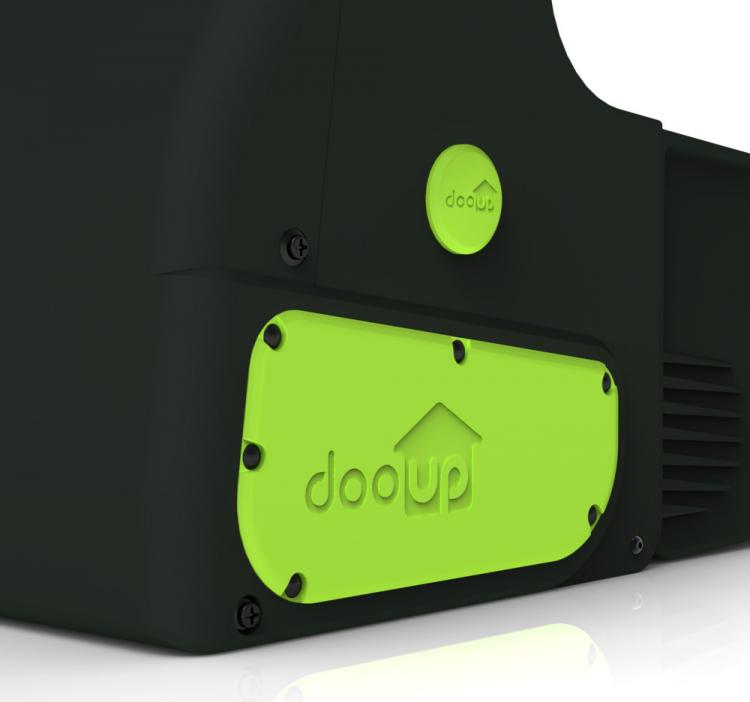 Once the DooUp pooper scooper picks up the dog poop, it stores it into an internal container that you can optionally wrap in a custom made bag. 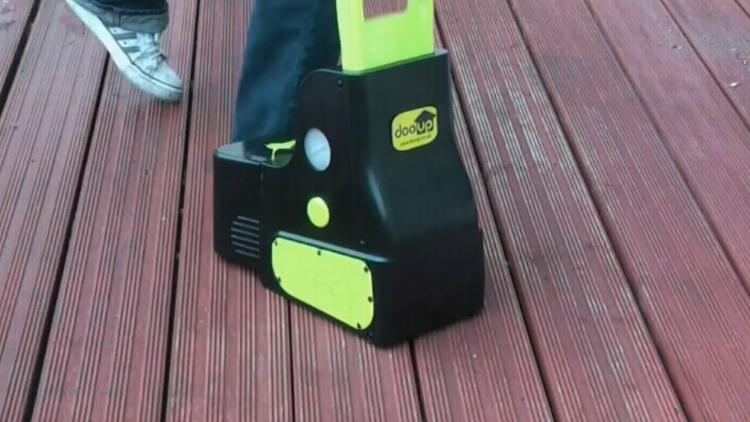 The Doo Up is able to store about 7-10 days worth of a single dog's poop before needing to be emptied. Just press the button on the canister to release it and empty it over a garbage can. 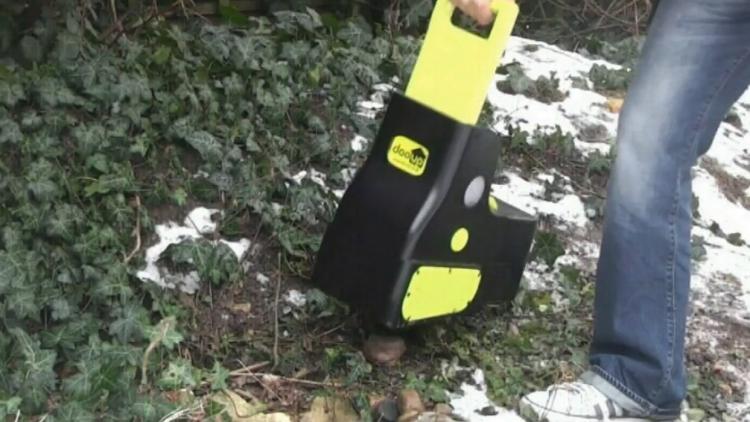 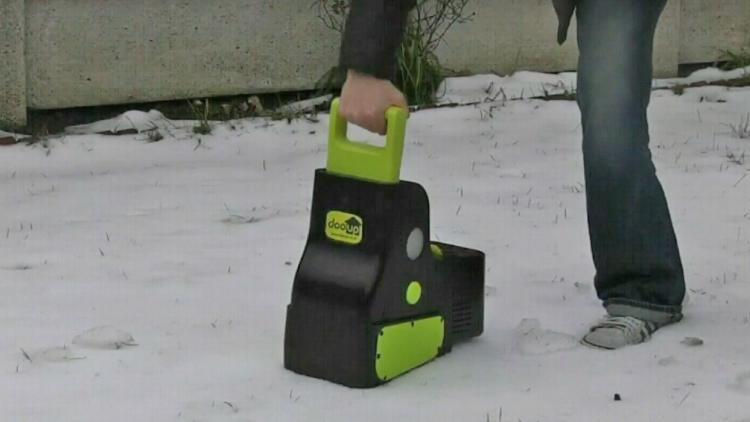 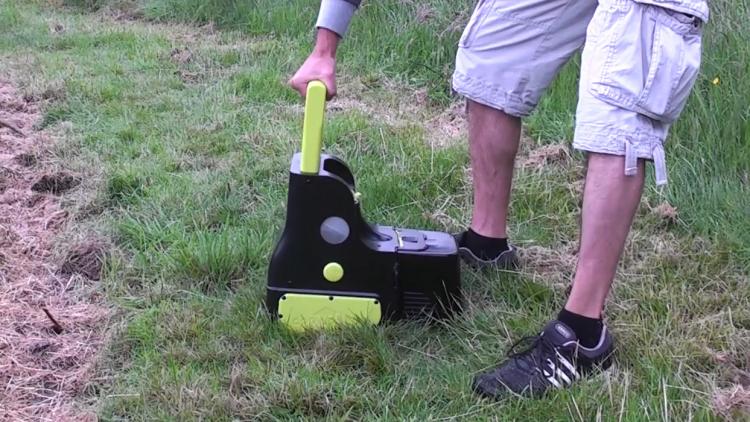 The unique pooper scooper uses an internal waste bag that makes getting rid of the poo extra easy!

The Doo Up can handle poo pickups on any terrain, including gravel, grass, concrete, bricks, etc. Though you may want to take a look at their table which will show you which type of poo can be picked up on which terrain. (Sometimes extra runny poo is a problem) 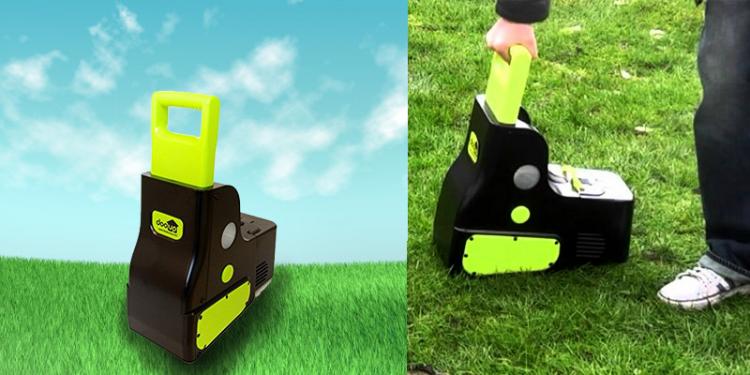 You can snag the auto scooping pooper scooper from their website for around $63 bucks! 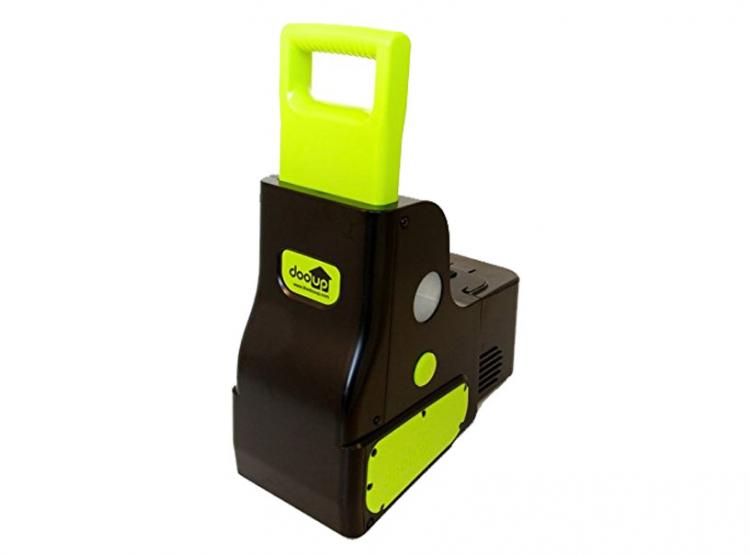 The only catch is they're located in the U.K. and they mention that they don't ship internationally. So if you really want one, you may need to look into a 3rd party purchaser and shipper that's located in the UK. 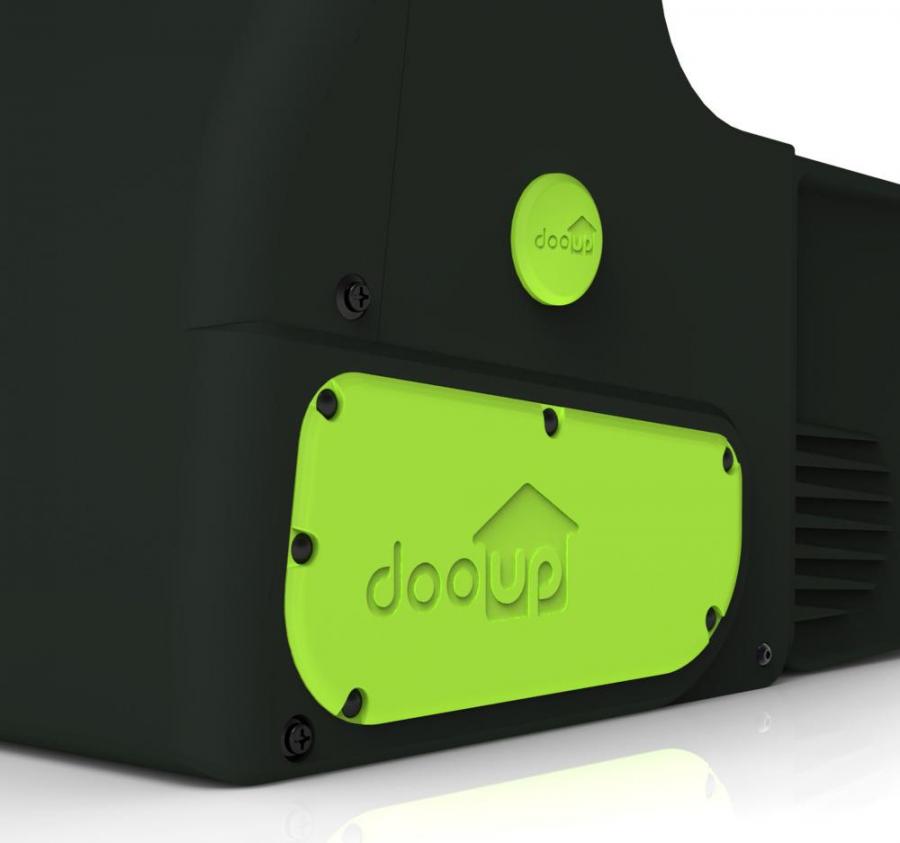 You can snag the DooUp automatic pooper scooper from their website for around $50 bucks! 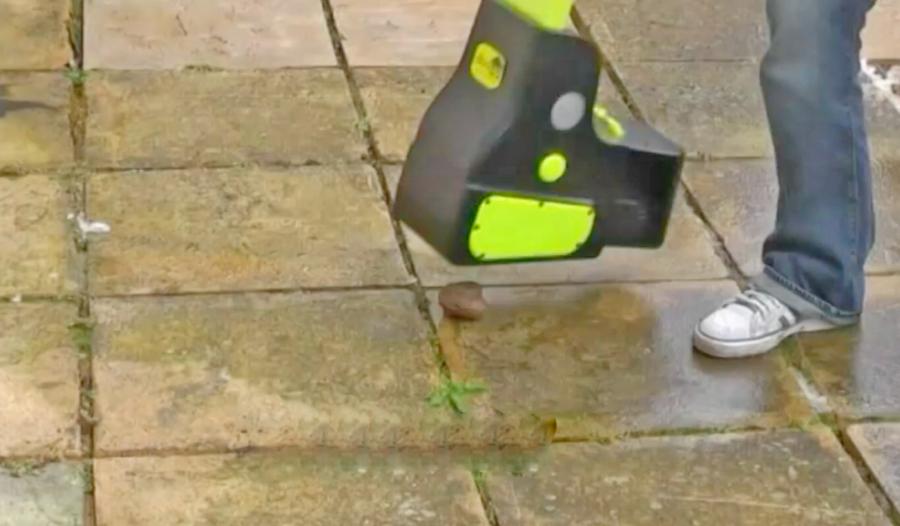 Check out the DooUp auto-scooping and disinfecting pooper scooper in action via the video below.