When you think about hospital rooms, especially during pandemics like we're currently in, they're basically havens for germs, bacteria, viruses, and diseases. Up until recently, disinfecting hospital rooms were done by wiping down everything with harsh chemicals like quat and bleach, while also using UV light to further disinfect.Hospitals of course still need to wash and scrub surfaces with these chemicals, but further disinfecting rooms with UV light just got a whole lot easier with these incredible new UV disinfecting robots. They're pretty much like giant Roombas with huge UV lights protruding out the top of them.

The UV light hospital room disinfecting robots will roam around any hospital room like a Roomba, while blasting UV-light for a small duration of time in all the areas throughout the room. You may have already seen the mini UV cleaning robot for bed sheets that we posted a while back, well this one's just a giant version of that that'll clean hospital rooms instead of just a bed. Though, that's not to say that can't be used in tandem.

The autonomous hospital cleaning UV robots were developed by a danish company called UVD Robots, and they're now starting to be used in regular cleaning routines in hospitals across the world. They're extremely helpful at preventing the spread of infectious diseases, viral infections, bacteria and other types of harmful organic microorganisms in the environment by breaking down their DNA-structure. 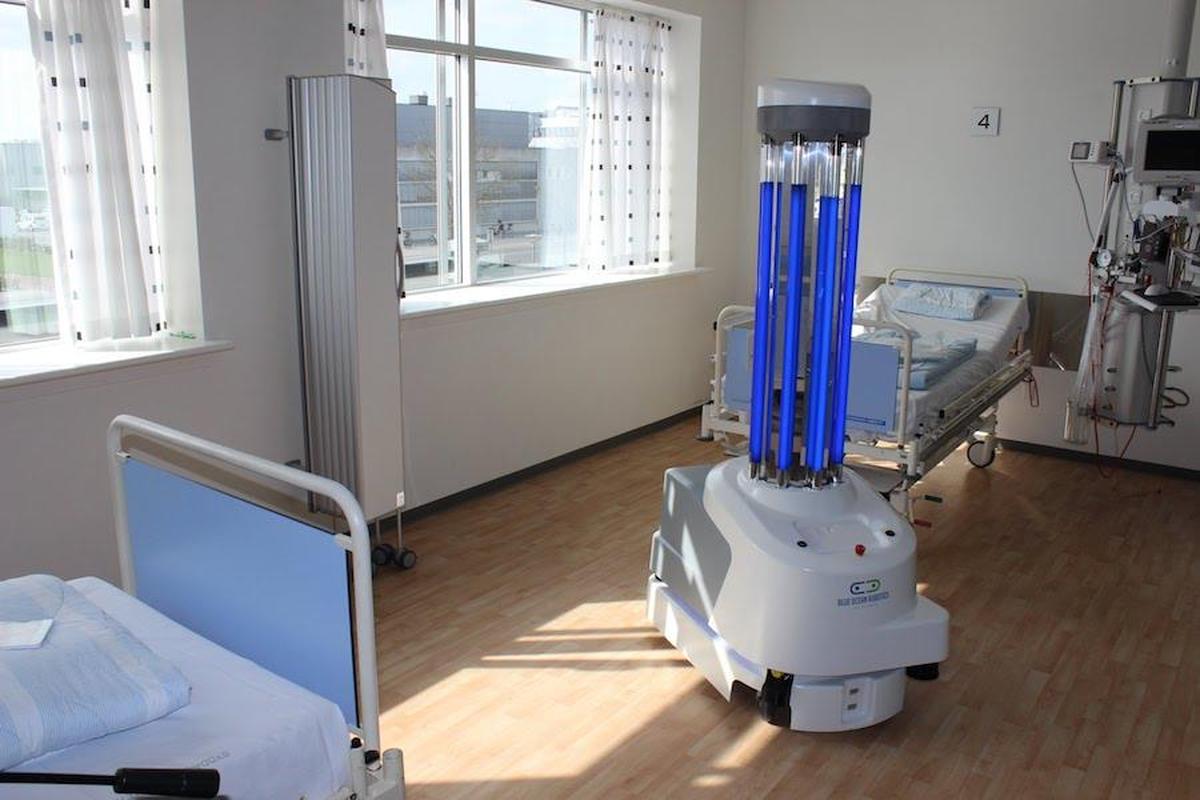 Using 8 giant UV-C ultraviolet light emitting light bulbs on the top of the robot, it will clean each hospital room in around 10 minutes. 4 small bulbs also surround the base of the robot to further disinfect the floor while it moves around. Since the light is somewhat harmful to humans, people are usually required to stay out of the room while the robot is disinfecting the room. Since the lights go full-circle around the robot, it's able to clean 360-degrees around itself, and will stop intermittently throughout the room while blasting it's UV-lights for a small duration of time while then moving onto the next area to disinfect. 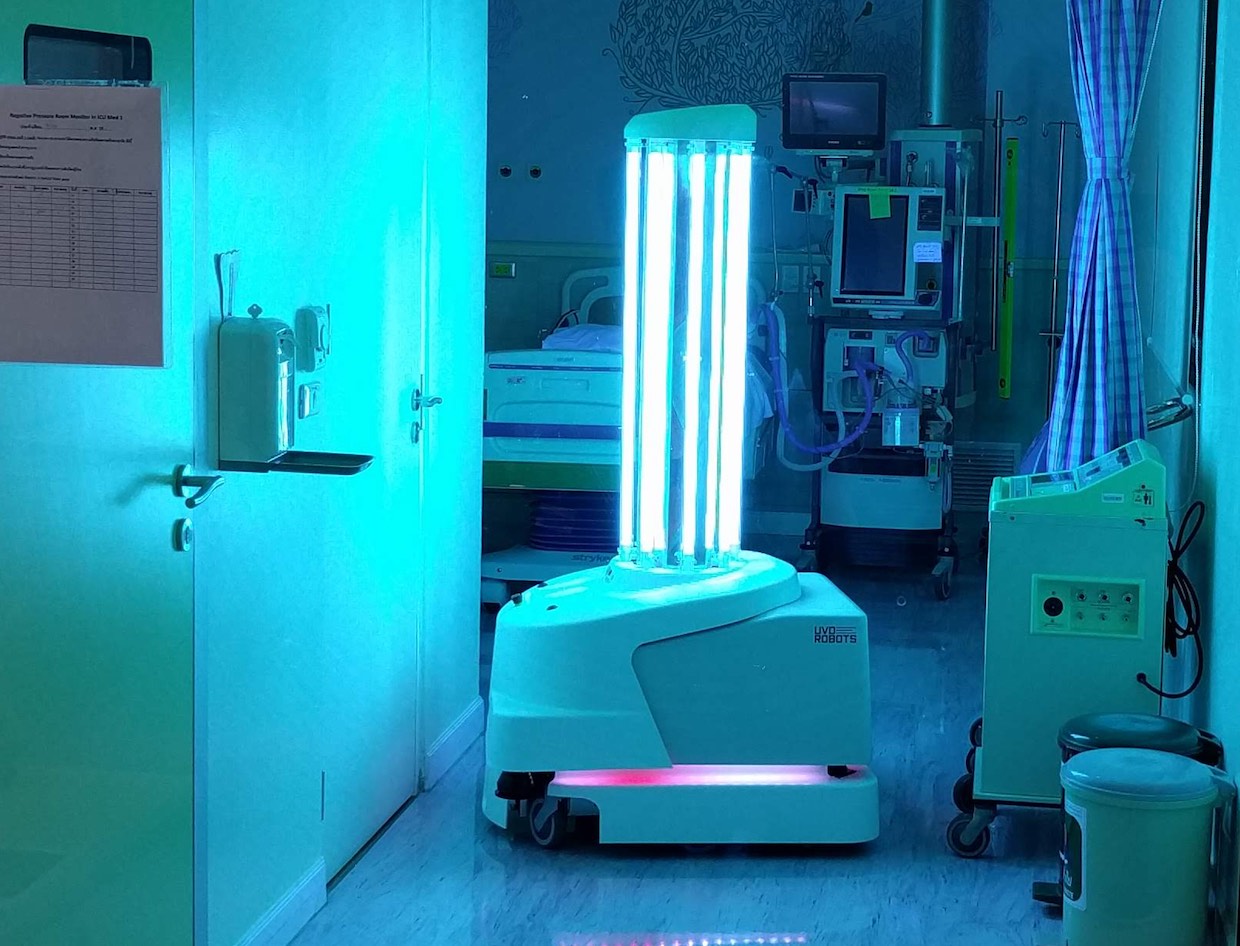 The Process of Calling a UV Disinfecting Robot in the Hospital

How it works is, when a room needs to get cleaned, a nurse or someone on the cleaning staff will call the robot via an app on a tablet or phone, the robot will then autonomously come to where it's needed all on it's own while taking elevators and opening doors on its own. Once the robot enters the room, the staff member will need to go through a security checklist, and then the robot will get to work disinfecting the room which takes right around 10 minutes per room. 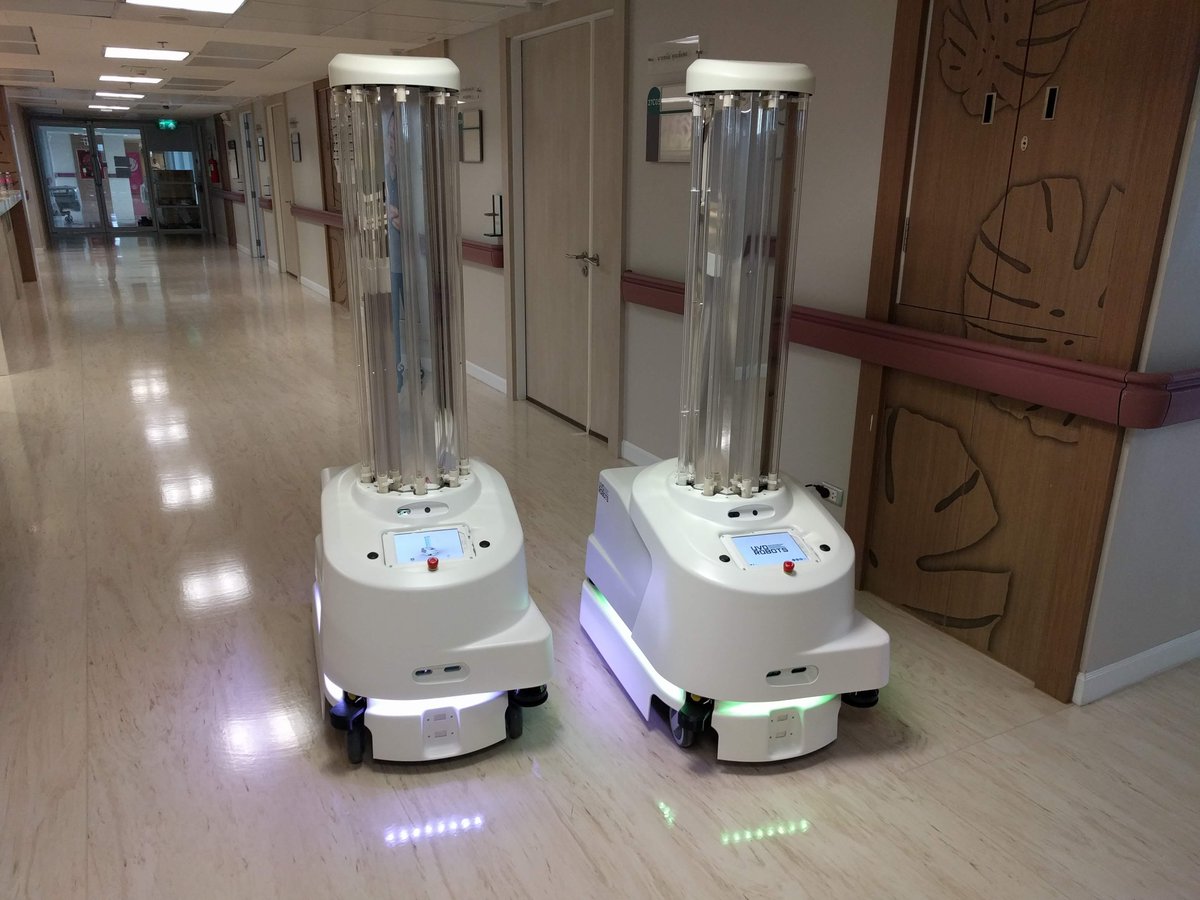 When the UV-disinfecting robot is finished, it'll notify the worker on the app, which a report is filed, and the robot will return to it's base to recharge until it's needed again. Super users and admins can then request a report on a room at any time using the app, which it provides and even takes photos of rooms while it's disinfecting them. Each report comes with detailed statistics and a cleaning efficiency analysis. 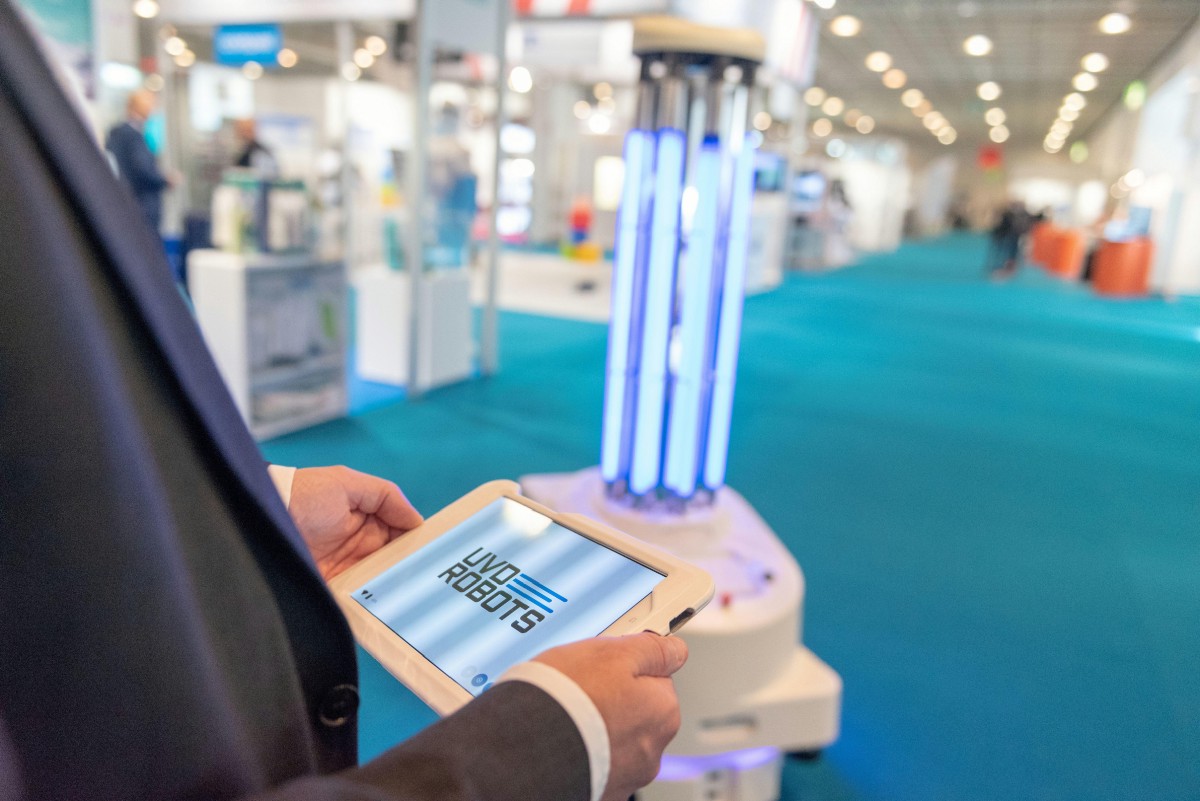 The robot is safe, reliable and eliminates human error. Furthermore, it is user friendly and is designed to be operated by every-day cleaning staff

The robot can be used for around 2.5 hours per charge which is around 9-10 hospital room cleanings. It'll take around 3 hours to fully re-charge the robot, each one weighs 308 lbs, and can reach speeds of up to 3.35 mph. Each hospital room disinfecting robot connects to the hospitals wi-fi, it uses software and sensor based safety features to get around objects, and each one is equipped with an emergency button to immediately turn it off. 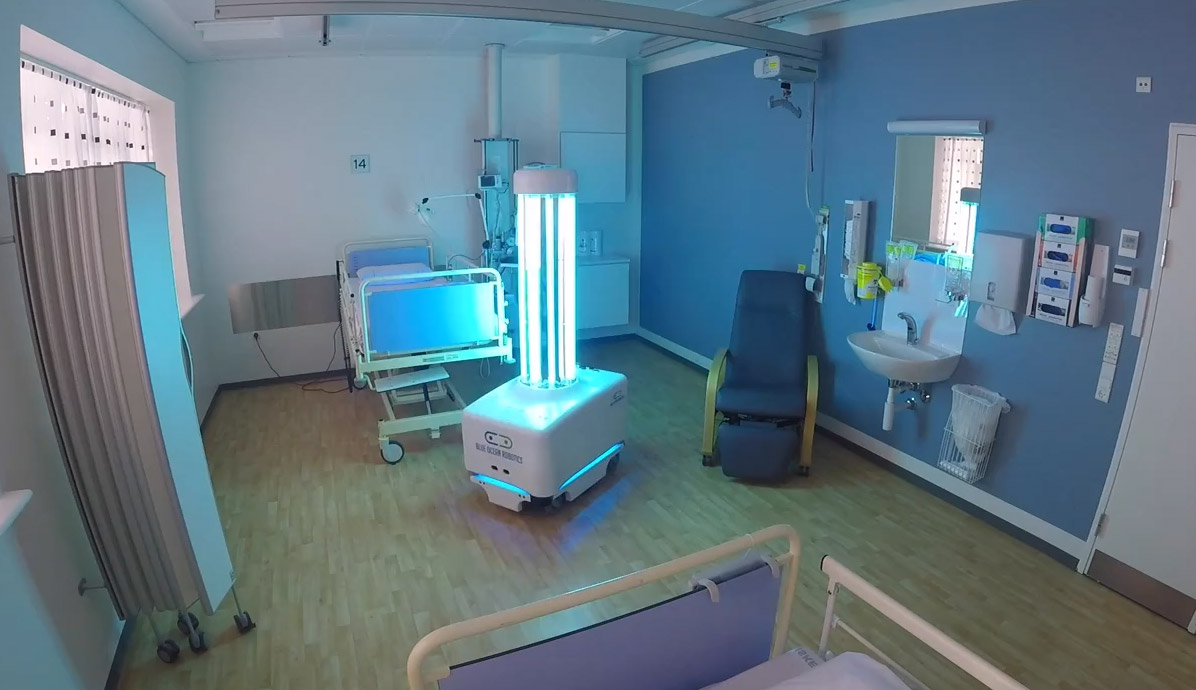 Check out the bacteria-killing UV-robot that disinfects hospital rooms autonomously in action via the video below. 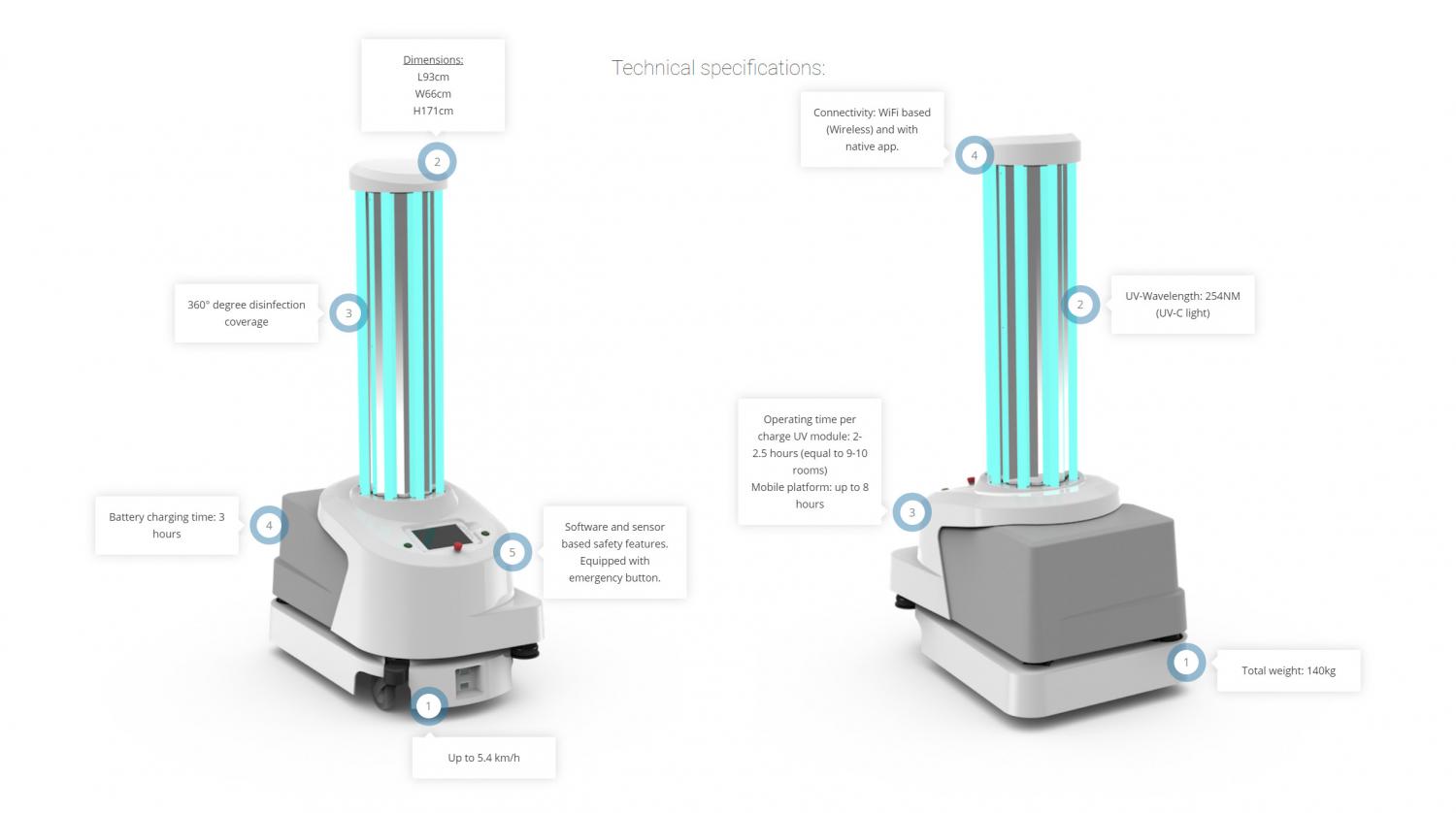 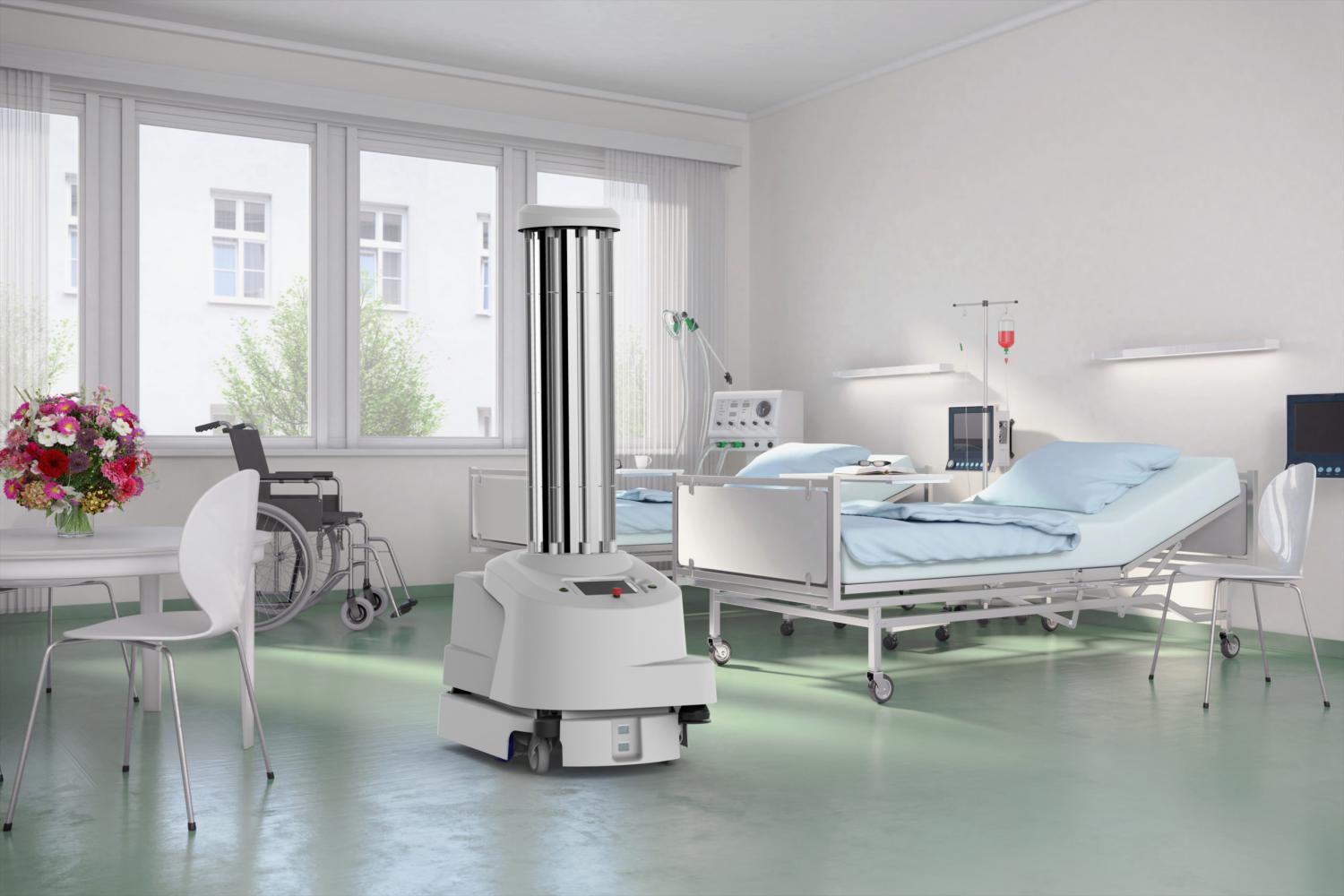 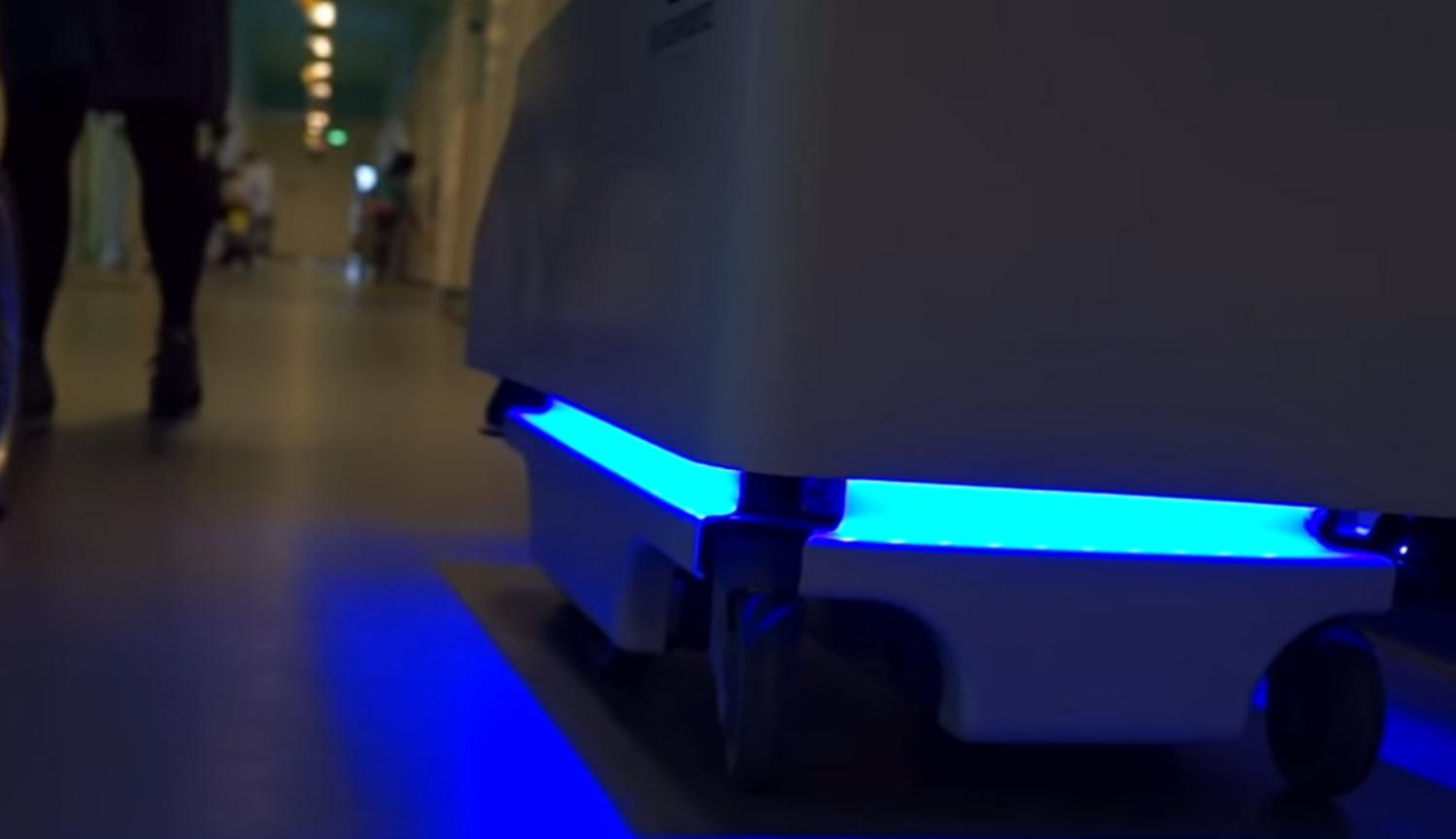 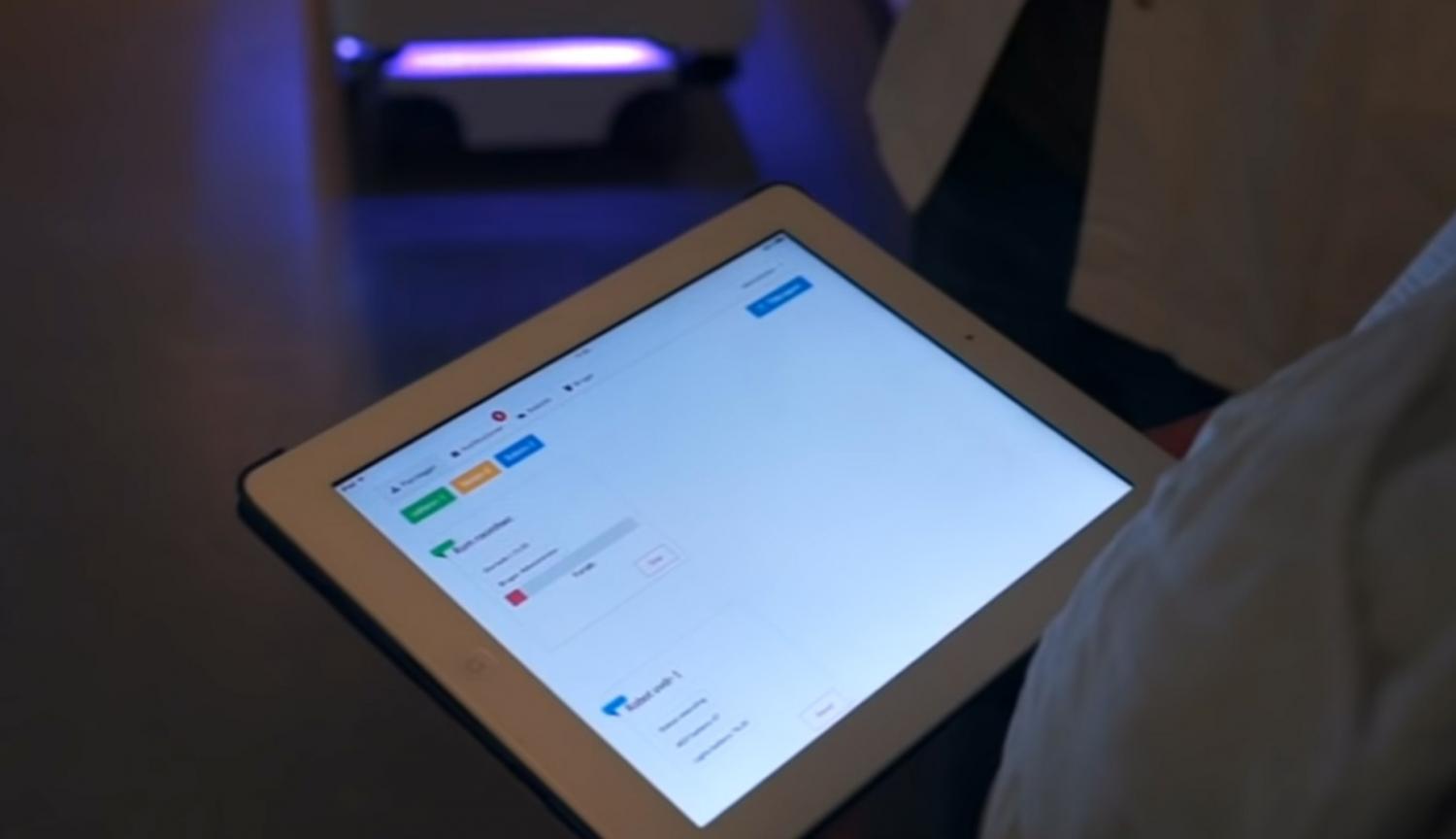