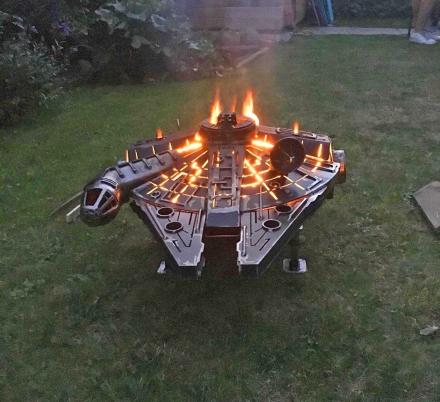 You may recall the At-At Walker Star Wars BBQ grill that we featured a few months back, well, the same maker has created another Star Wars marvel, and it's the Millennium Falcon. Except instead of a BBQ, it's a fire pit/burner, and it makes it look like the Falcon is on fire and up in flames when in use. It makes for a perfect gift idea for any Star Wars fan, especially if they love unique fire pits, or they have a need for a wood burner. 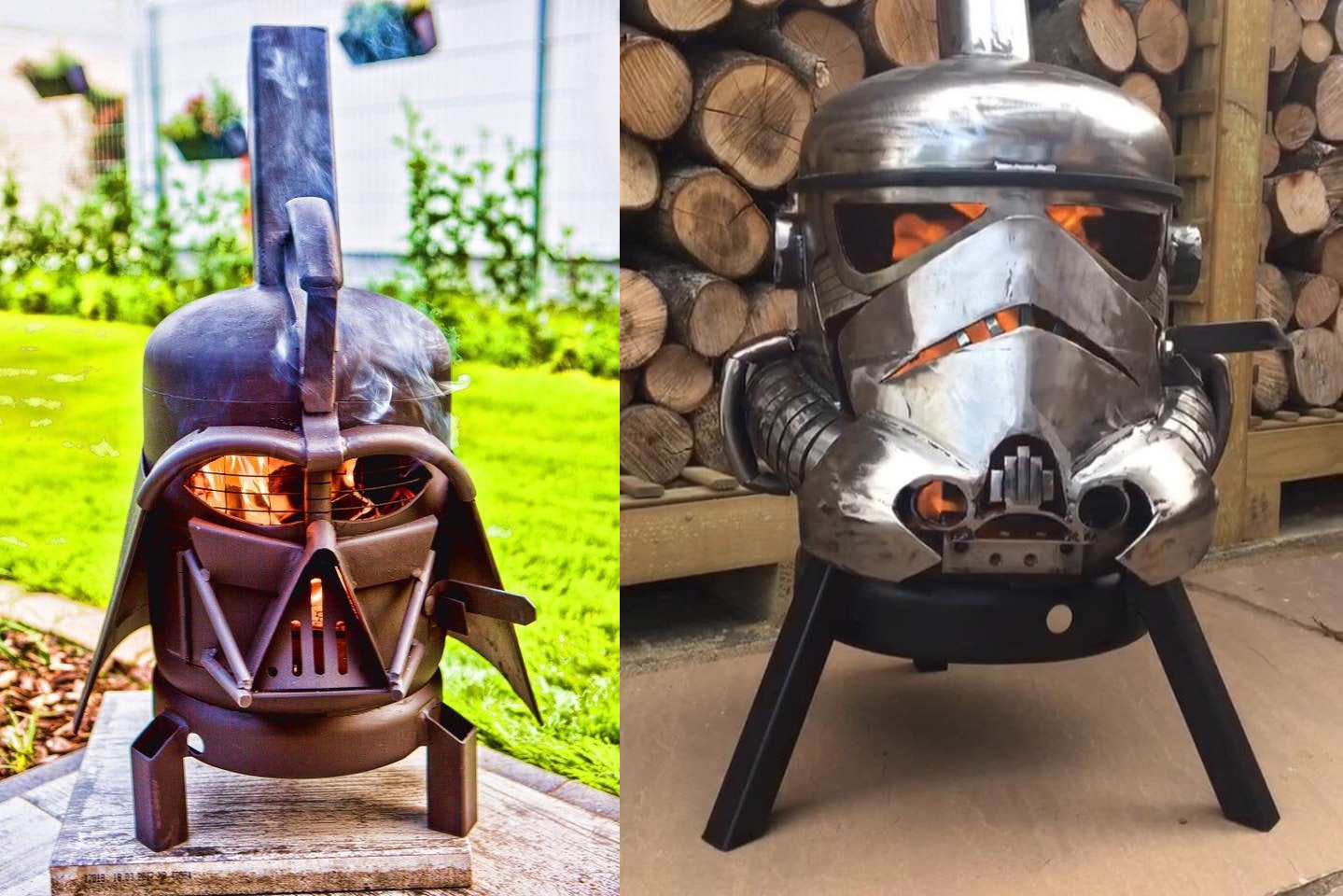 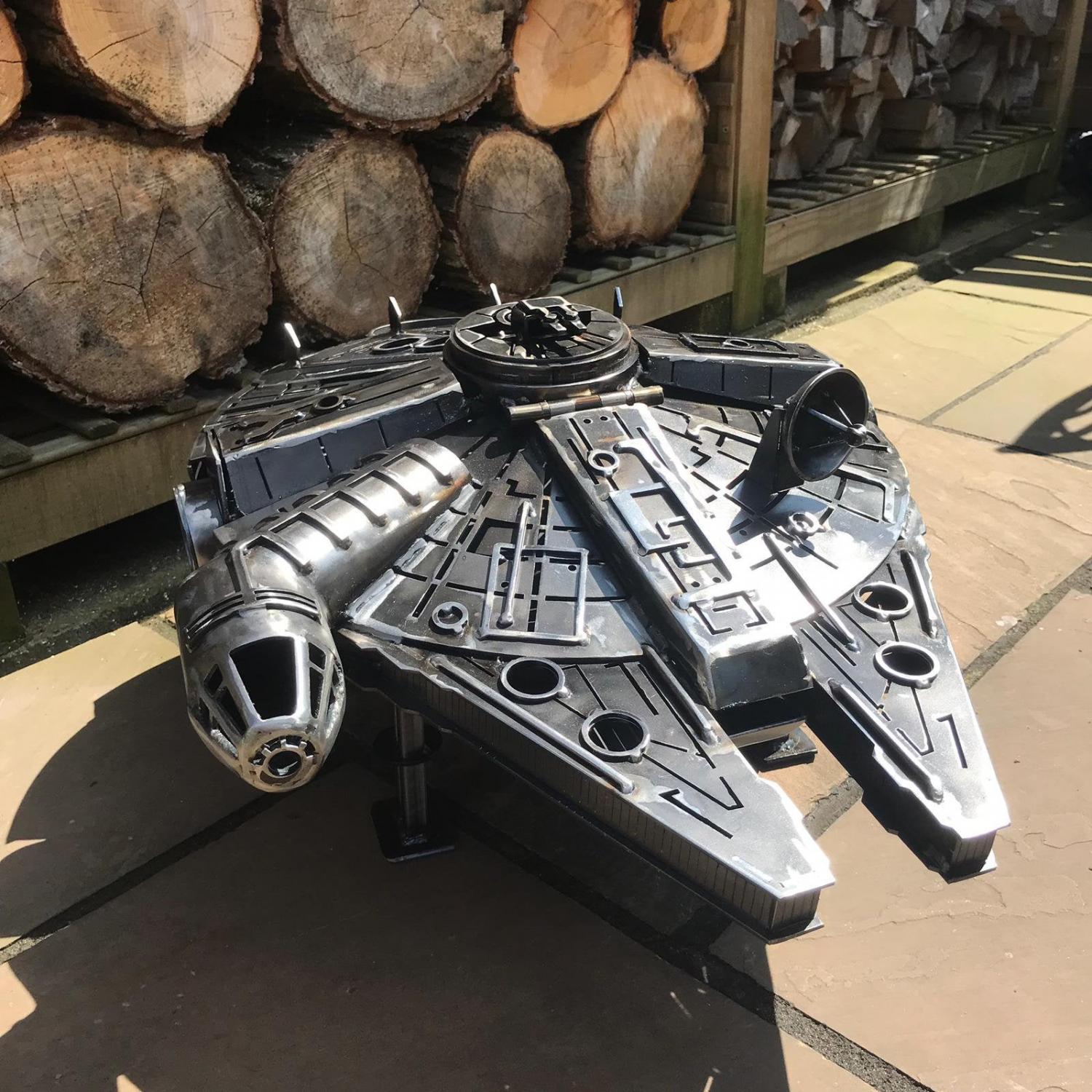 Made from 3mm Mild Steel, the Millennium Falcon fire pit is laser cut for extreme detailing, it features the Star Wars logo on the back of it, and since each one is handmade to order, you can expect around 4-6 weeks of lead time before delivery. 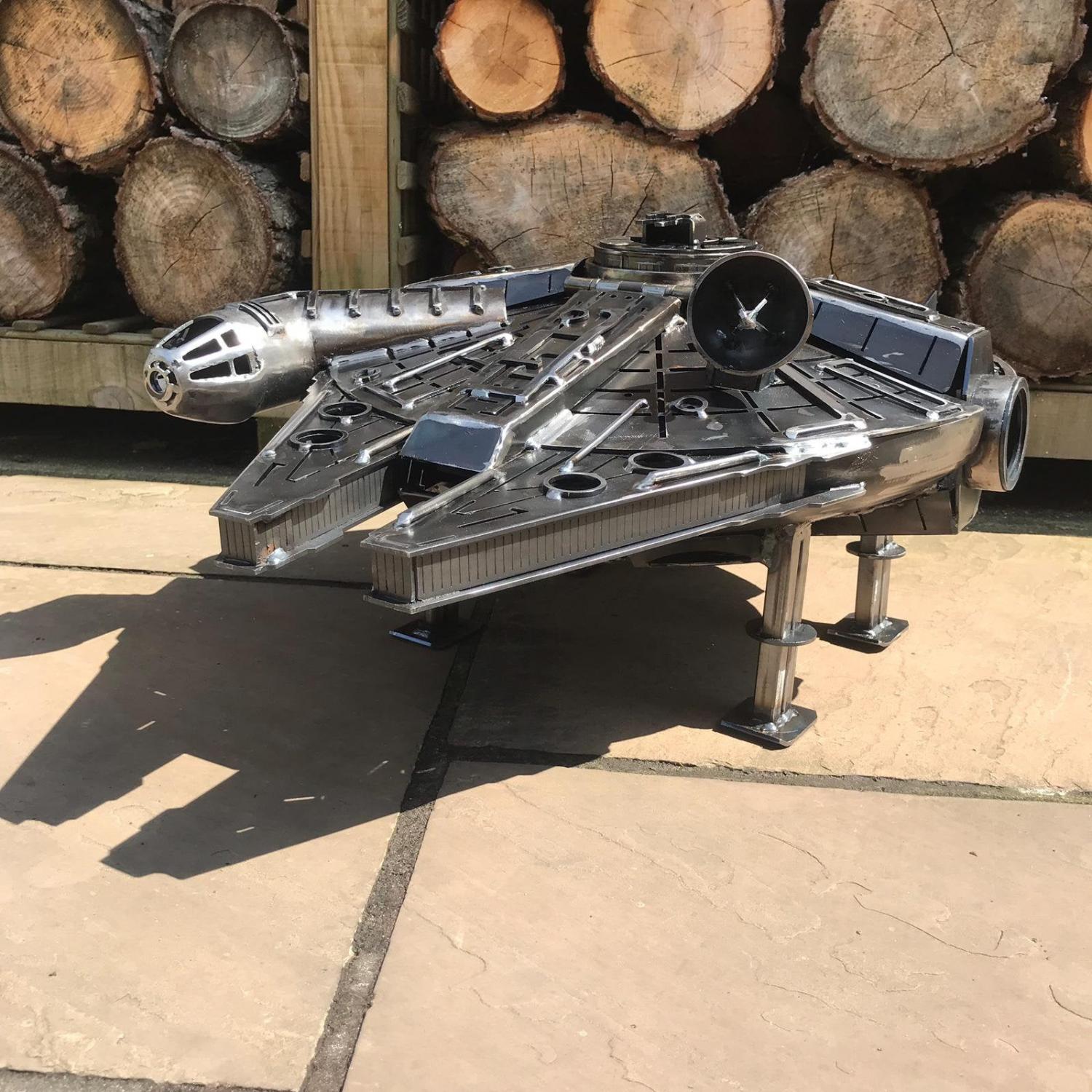 The Star Wars Millennium Falcon fire pit is loaded by simply popping up the back of the burner. The rear top half of ship flips open to reveal an open area inside where you can place wood and start your fire. 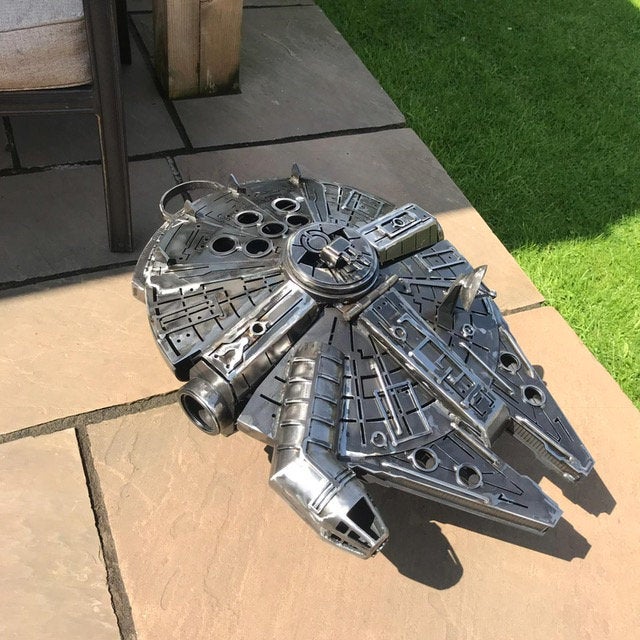 You can then leave it open while burning to act like more of an open bonfire pit, or keep it closed to make it a wood burner, which coincidentally makes it look like the Millennium Falcon is on fire. 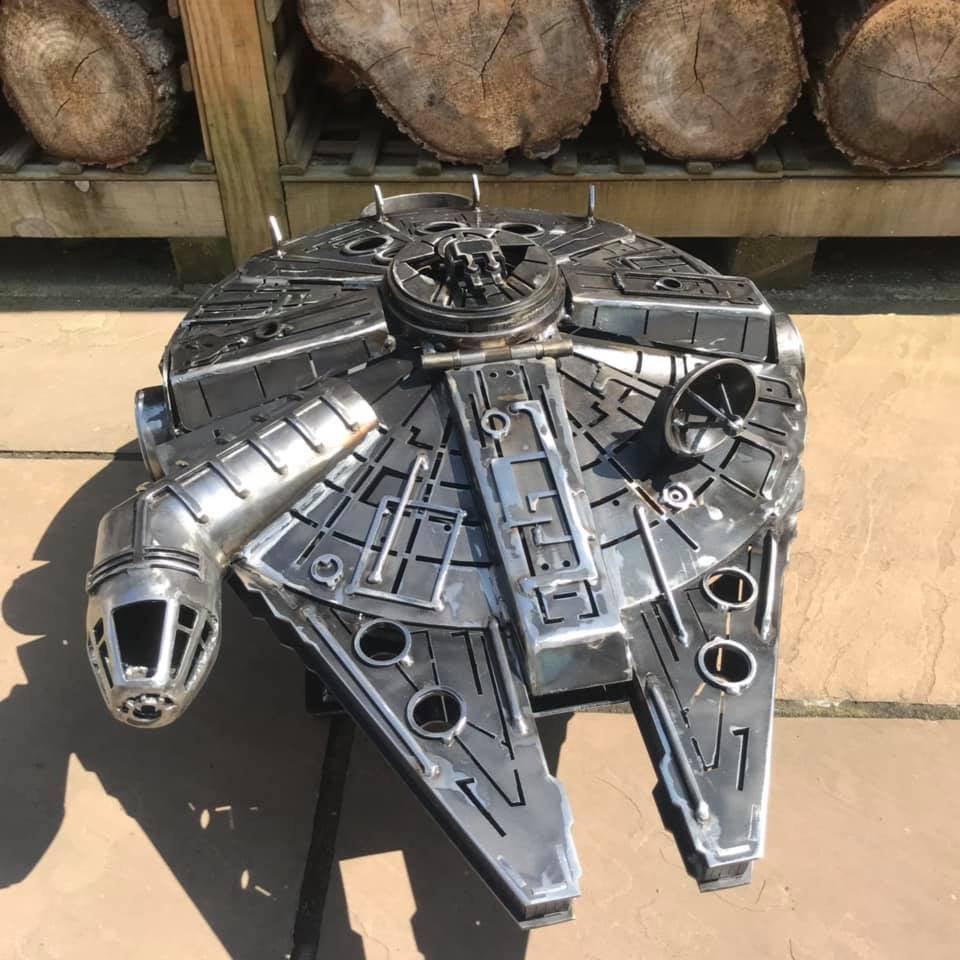 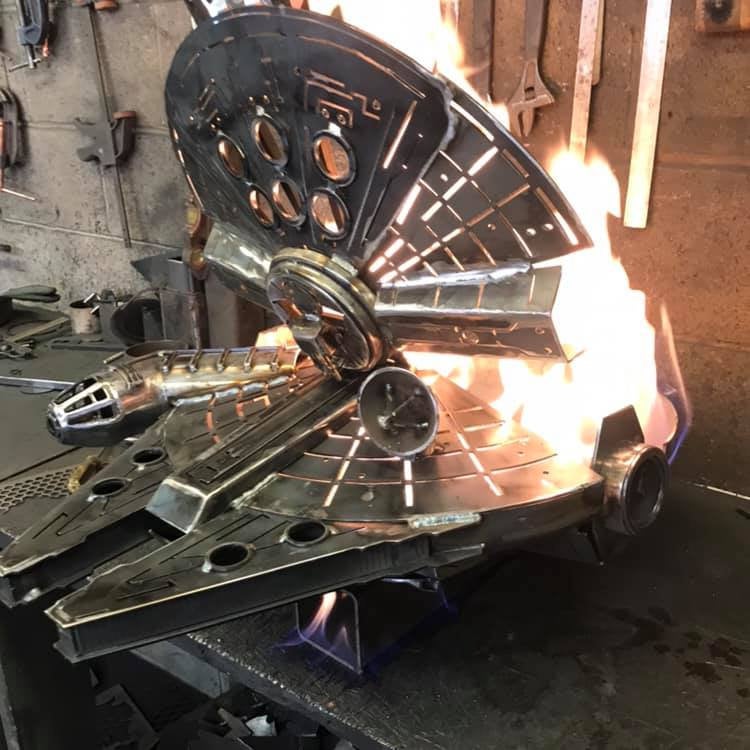 You can snag the Millennium falcon fire pit from their Etsy shop for around $1,300 bucks! 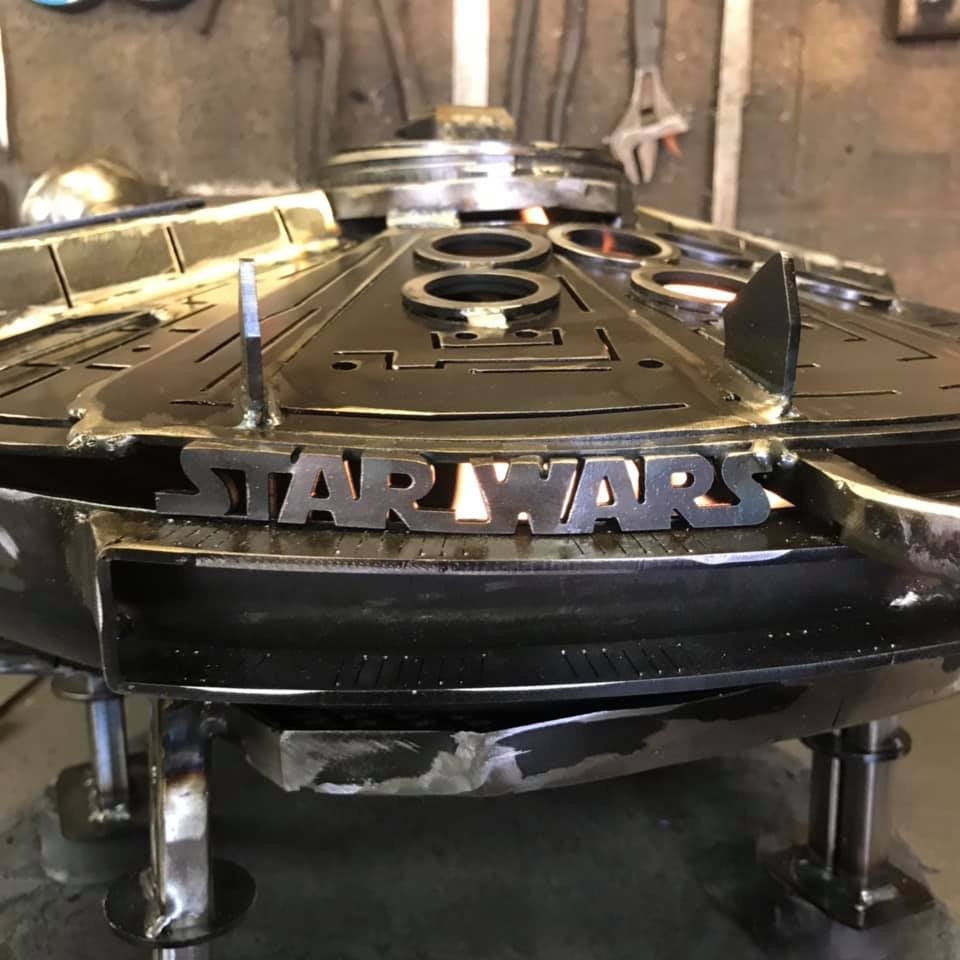 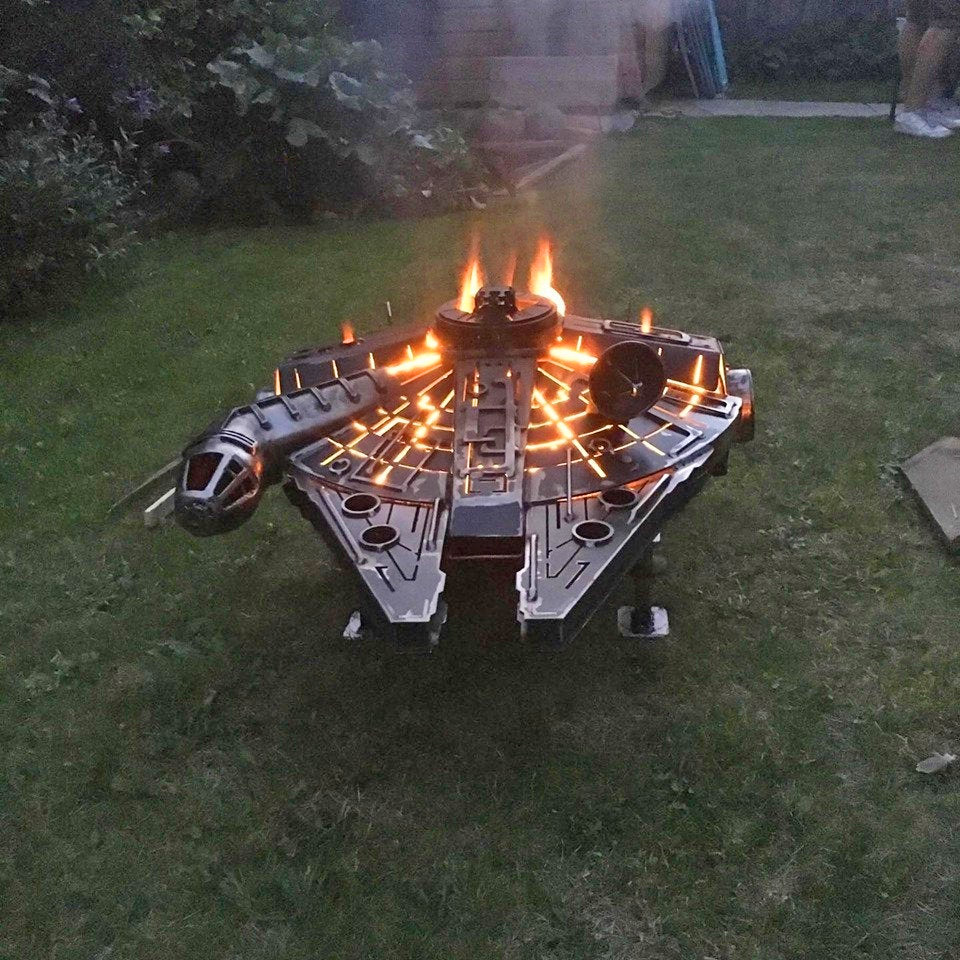 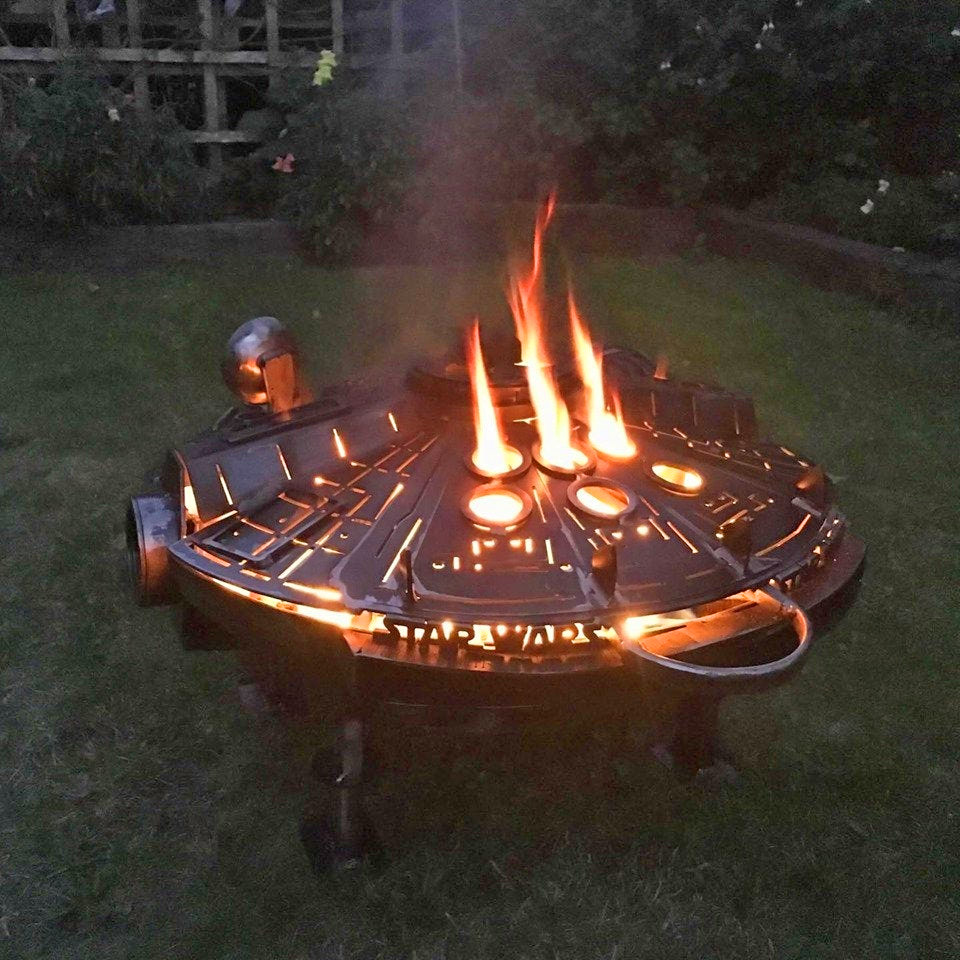 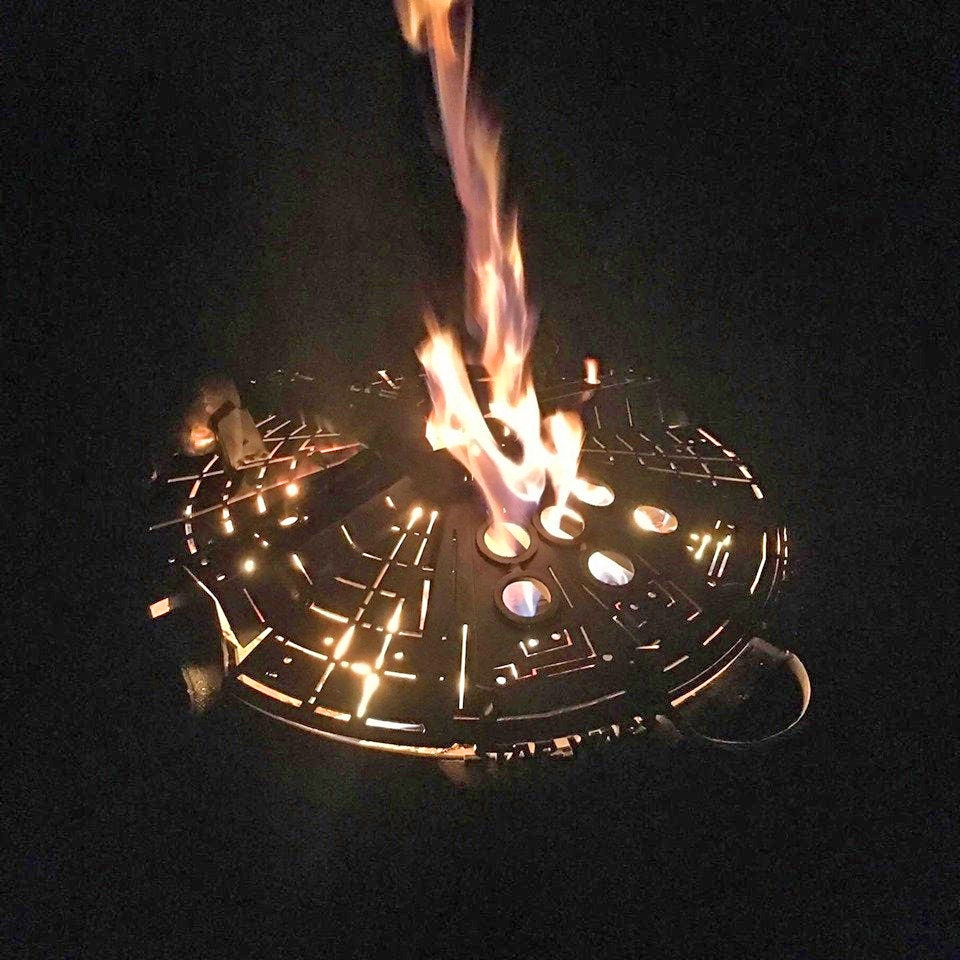 Similarly, they also sell a Death Star fire pit that looks like the Death star is on fire when in use! You can find it here! 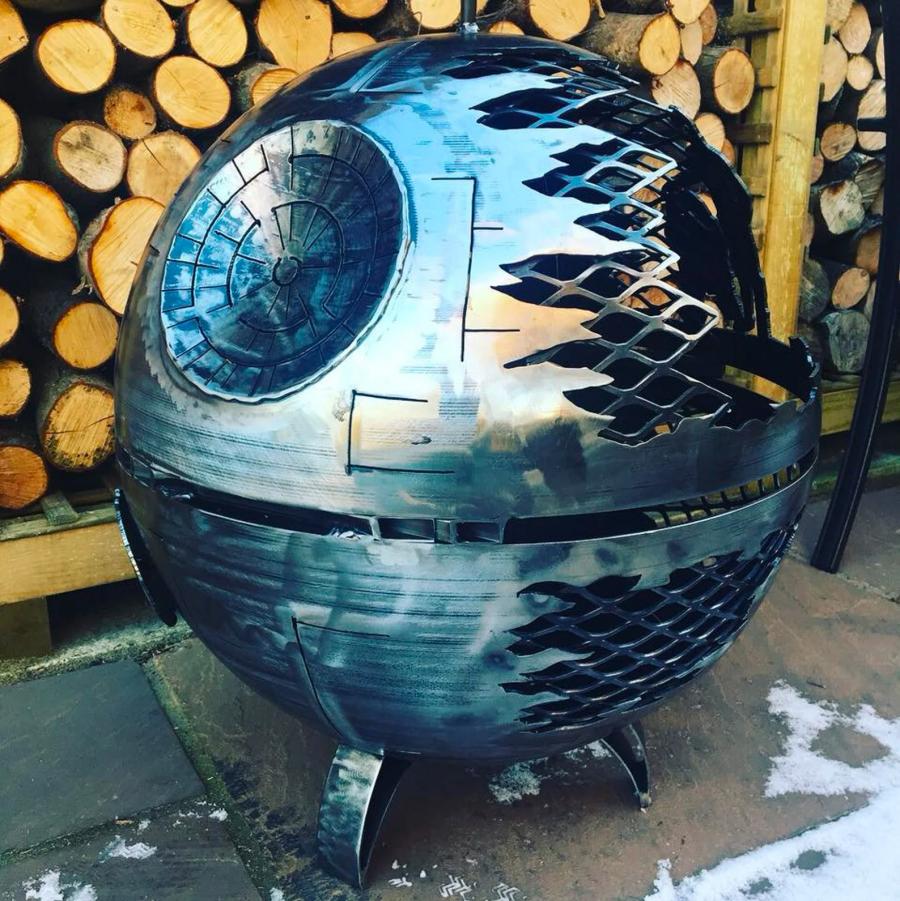 Here's a few other images of their unique Star Wars fire burners. 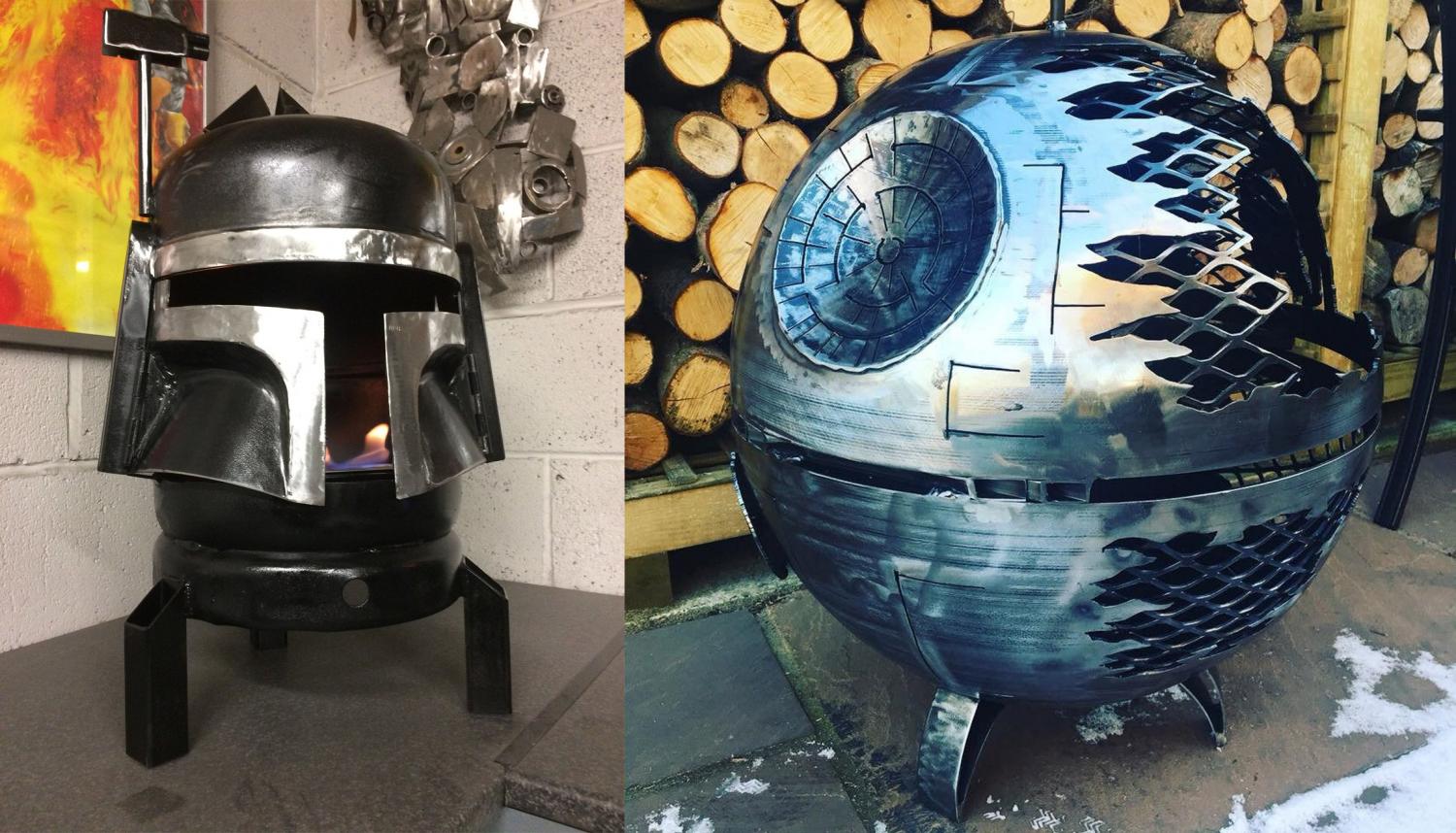 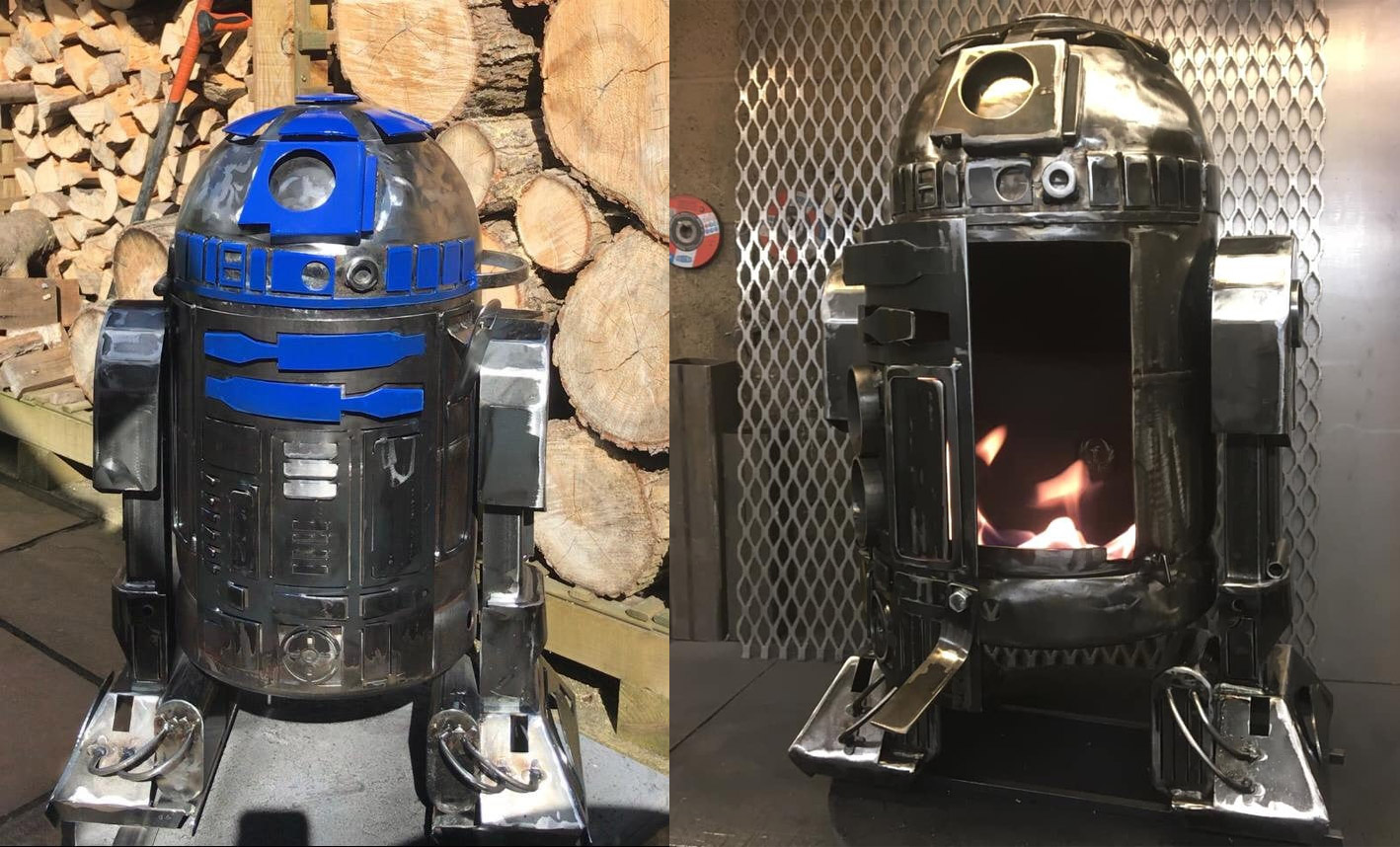 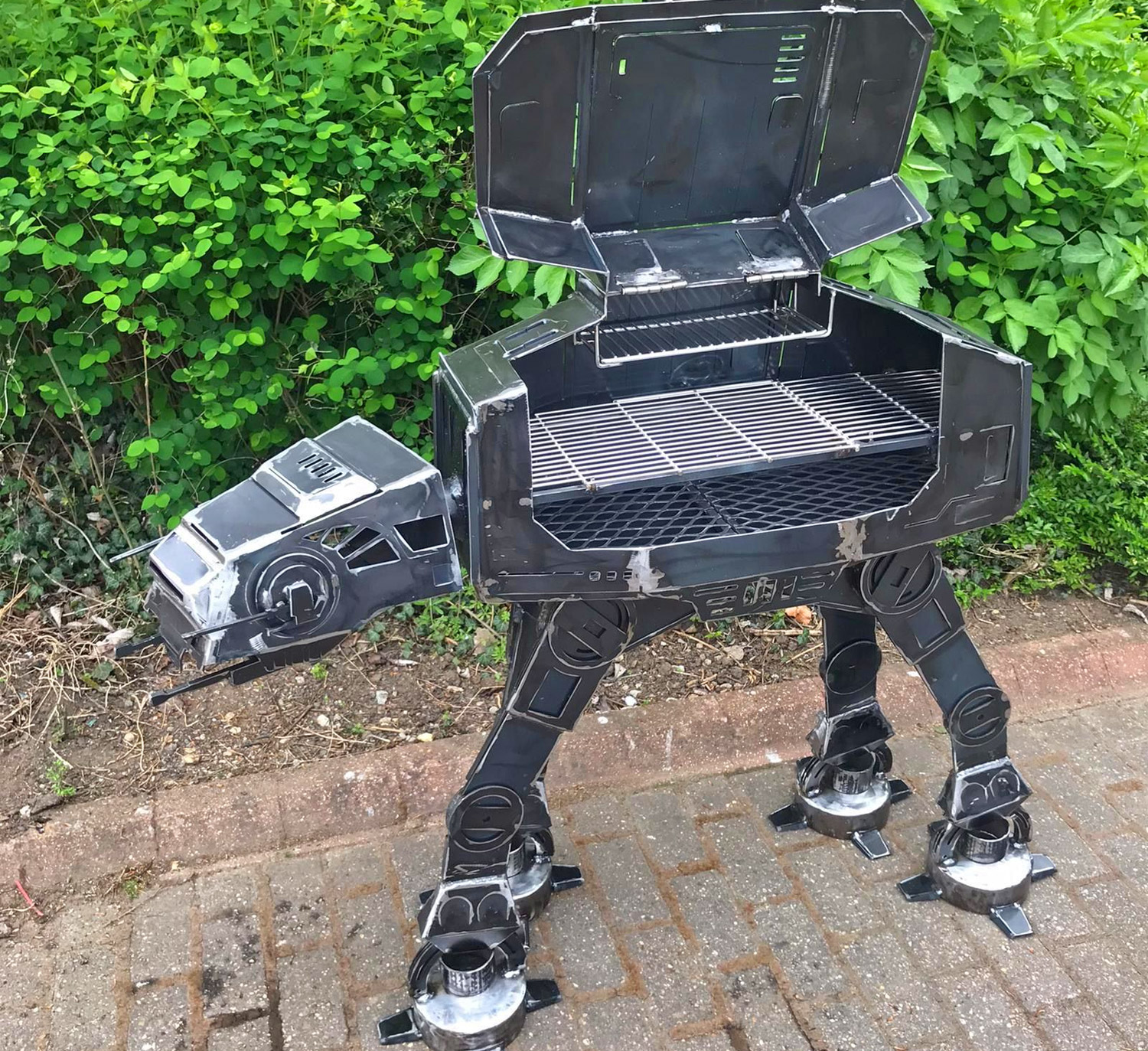 They even make other pop-culture fire pits of popular characters including the Predator, and Freddy Krueger. 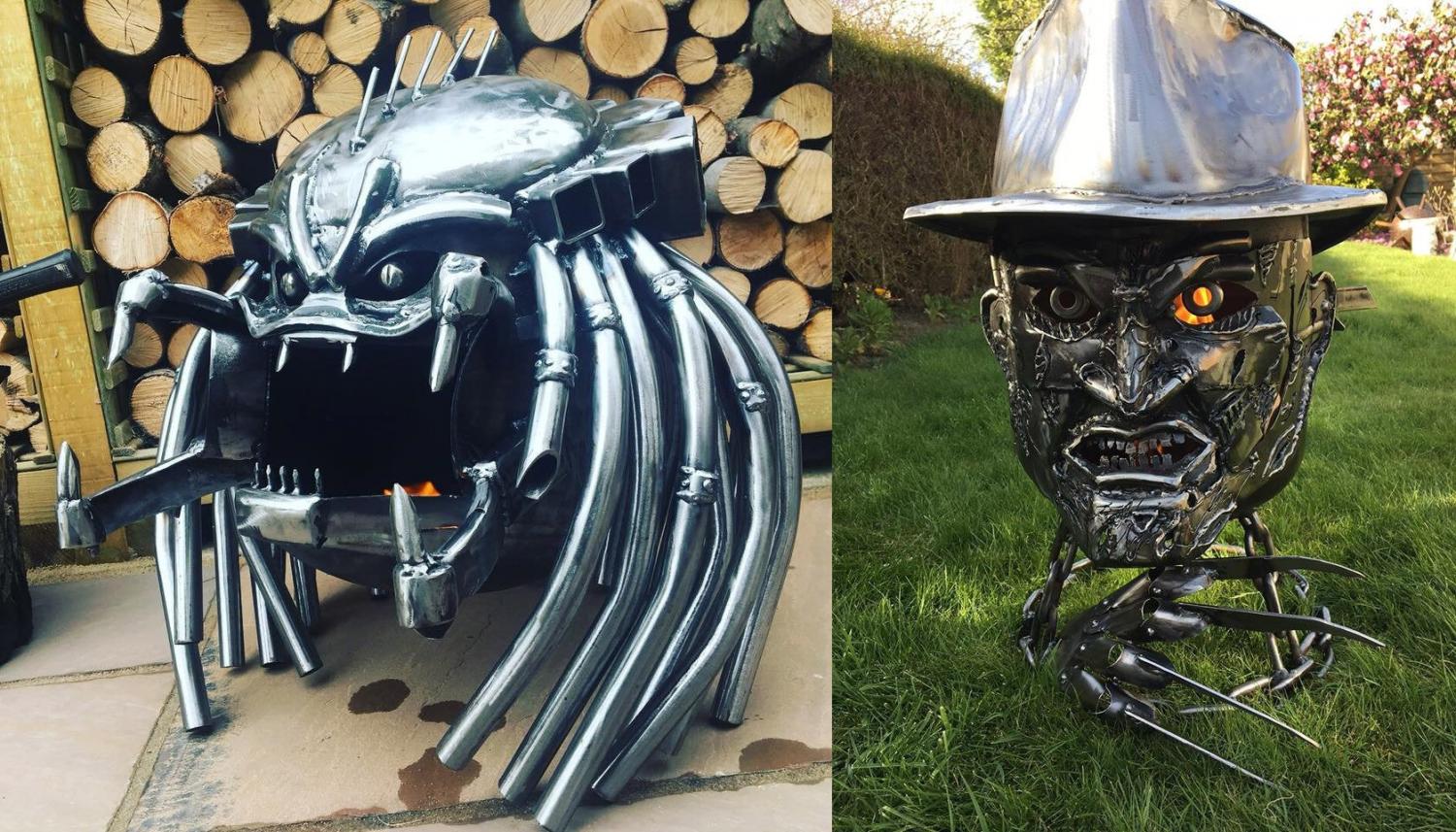