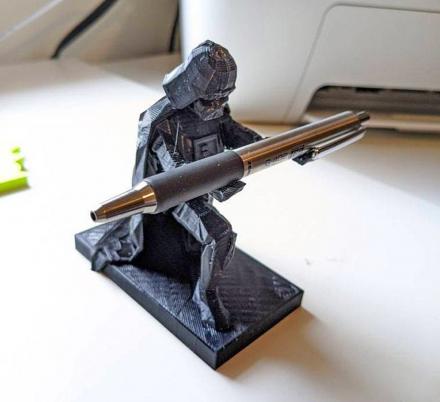 You probably recall the bowing knight pen holder that we featured a while back, and here we thought we couldn't possibly find a pen holder that could present your writing utensil quite as majestically as that... Boy were we wrong. I present to you the bowing Darth Vader pen holder! Vader gets down on one knee and presents your pen to your as if you were emperor of the galaxy. Now I just feel guilt having him hold a cheap Bic pen, so I may have to up my pen game sometime soon!

Created and sold by Etsy store 3DPrintDesignsStudio, the bowing Darth Vader pen holder is of course 3D printed, and they also offer another version of a pen holder that's a Stormtrooper! He bows down and presents your pen to you in the same majestic fashion. By default their arms are held out with nothing in them, just waiting and begging to hold your writing utensil. Just place your pen in their hands, and they'll work tirelessly day in and day out, keeping your pen safe until decide to pick it back up. 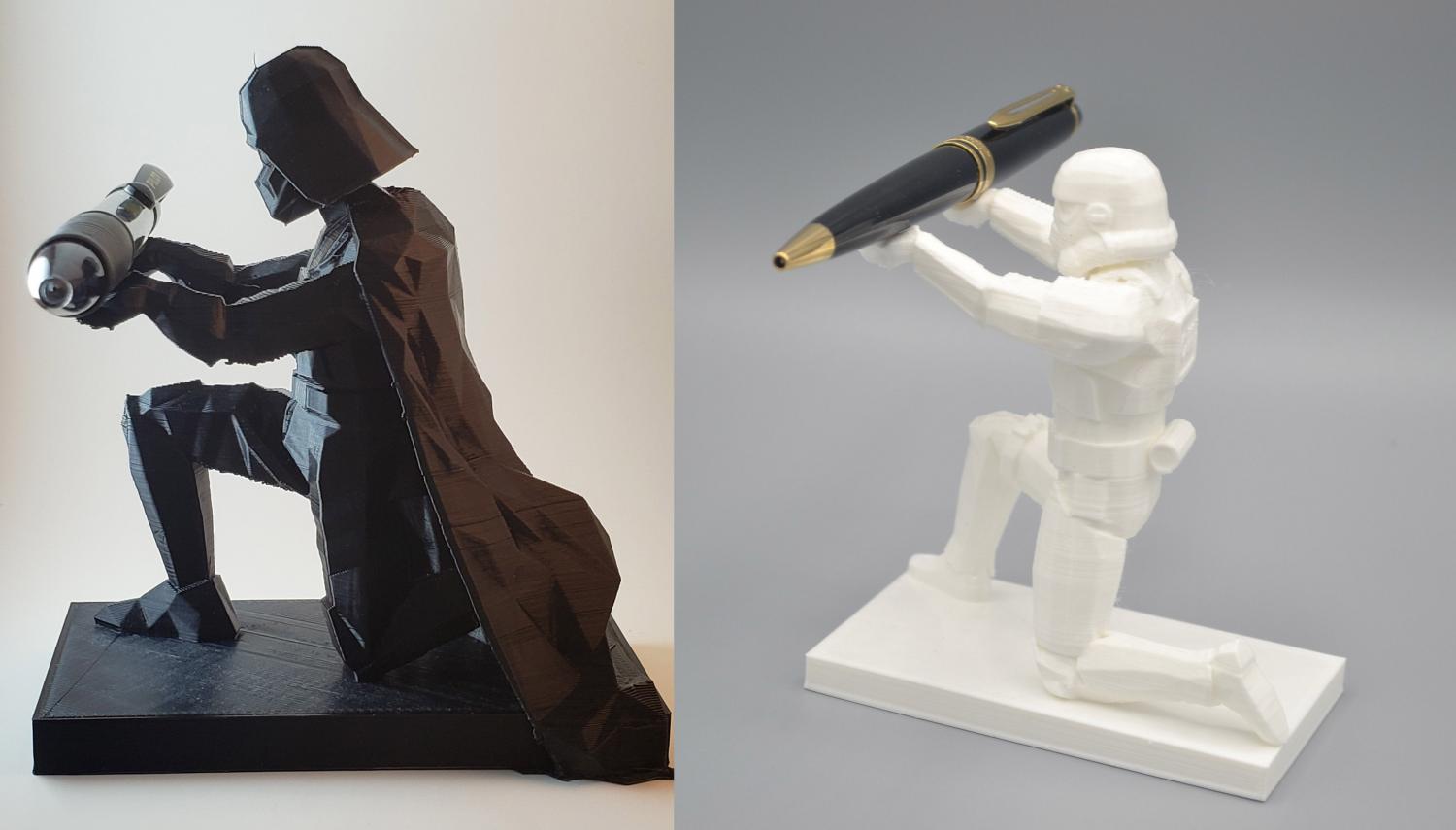 On top of the bowing Darth Vader and Stormtrooper pen holders, they also offer a Stormtrooper helmet cup which is also meant to be a desk pen/pencil holder. It's a larger version of just their the Stormtrooper's head, which is hollowed out where you can stick all of your writing utensils. There's also a Darth Vader helmet smart phone holder. Either the pen holder, helmet cup, or smart phone holder make for a super cool desk ornament or gift idea for a Star Wars lover. 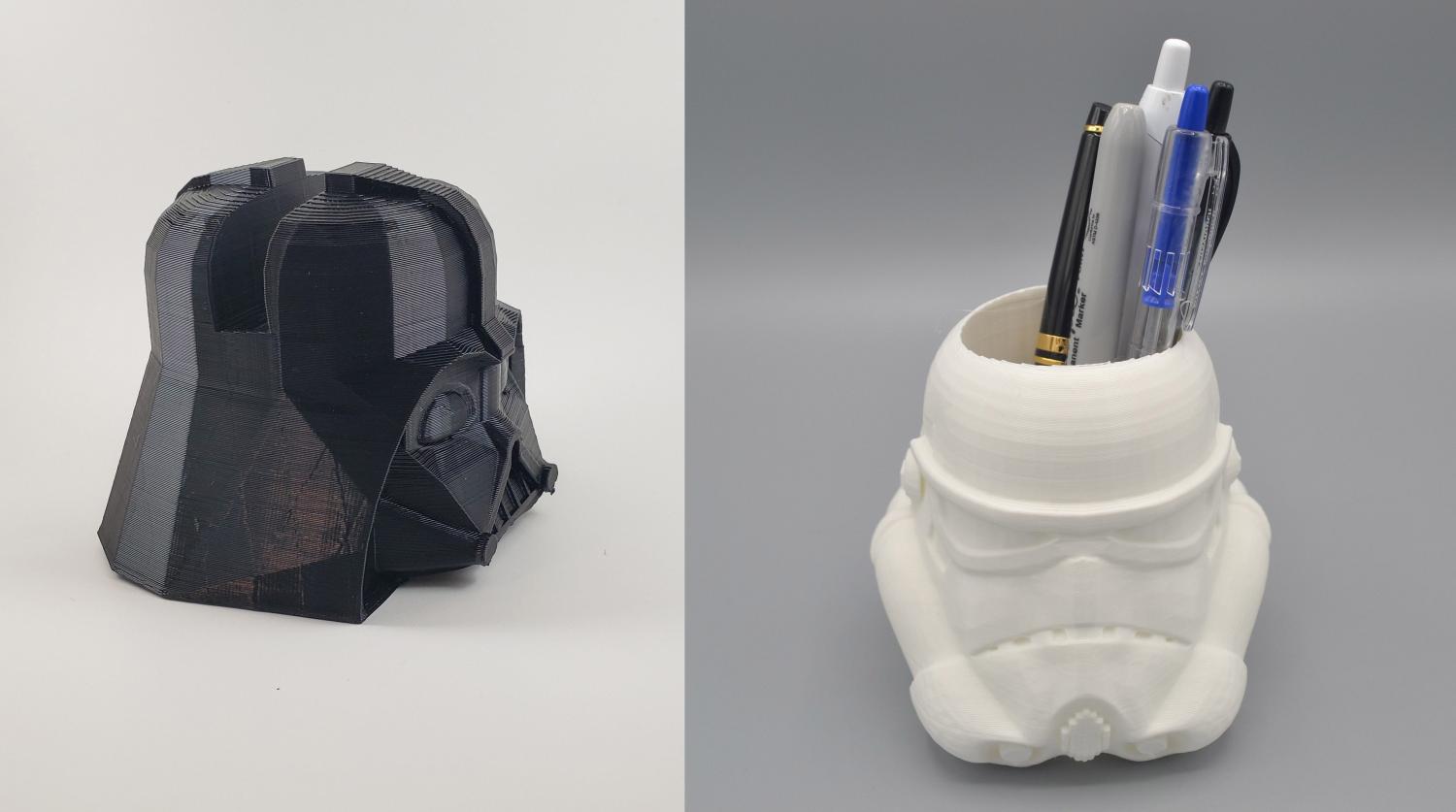 If you've been paying attention to the Mandalorian crazy on Disney Plus, you may remember the Beskar Ingot (aka the Mandalorian steel) which is a alloy bar that's melted down and used to make Mandalorian armor. Well, the shop has also thought of that by making a 3D printed Beskar Ingot business card holder that would also look quite lovely on your desk at work. Combine all 3 of these items, and you officially become that "crazy Star Wars person" at work.

The bowing Darth Vader pen holder measures 4.5 inches tall, is 3D printed with black PLA, and might just be the coolest pen holder any Star Wars fan could have on their desk! 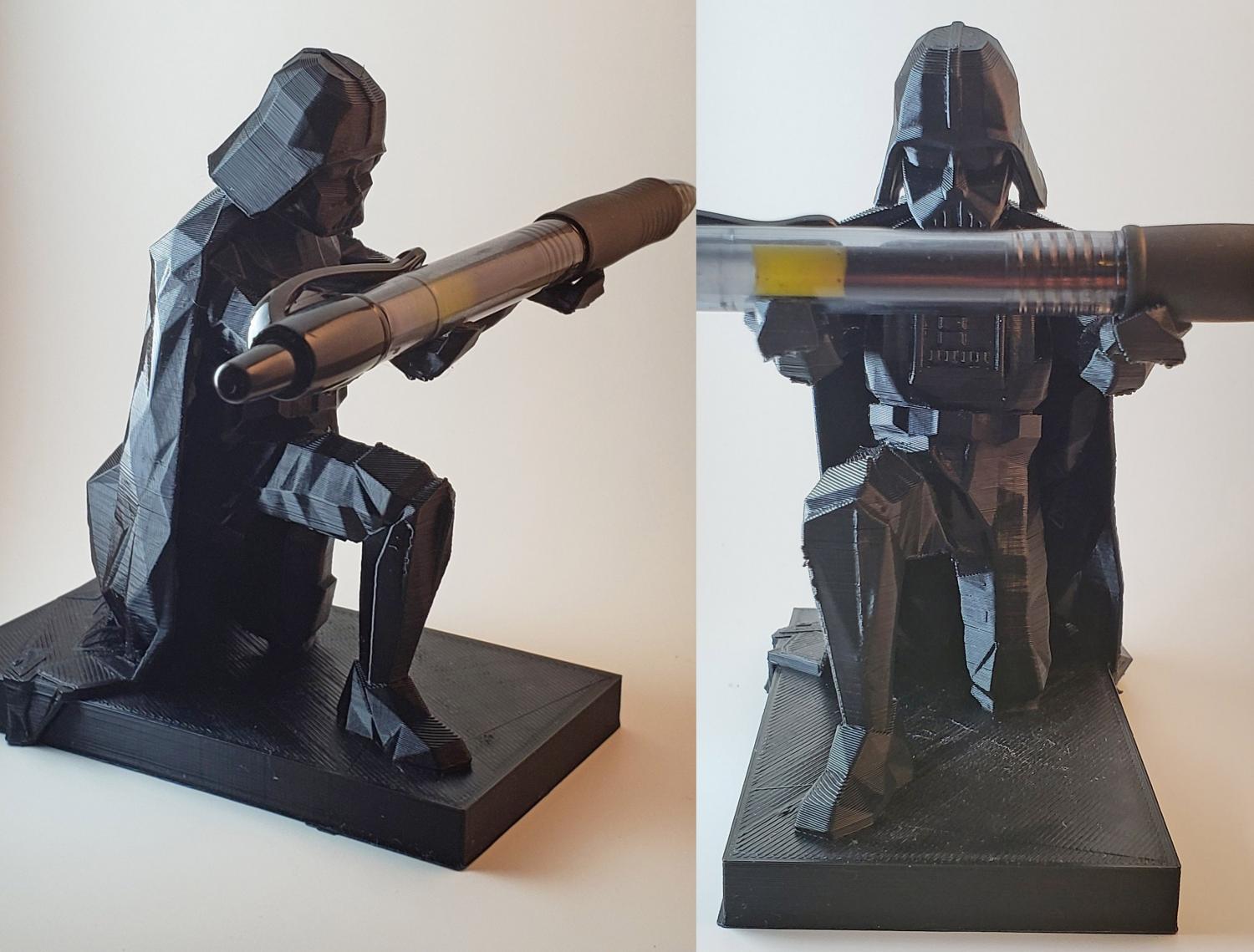 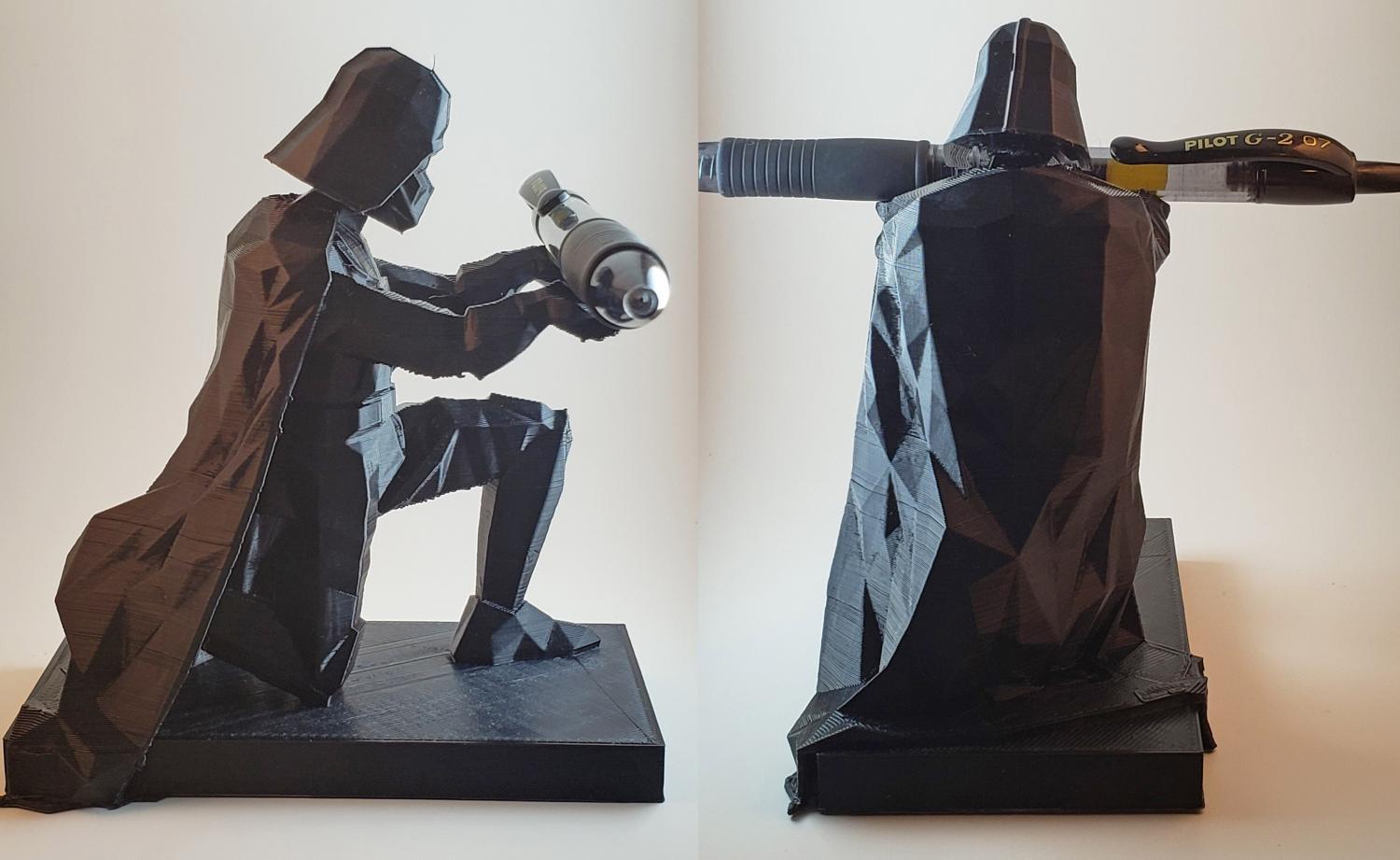 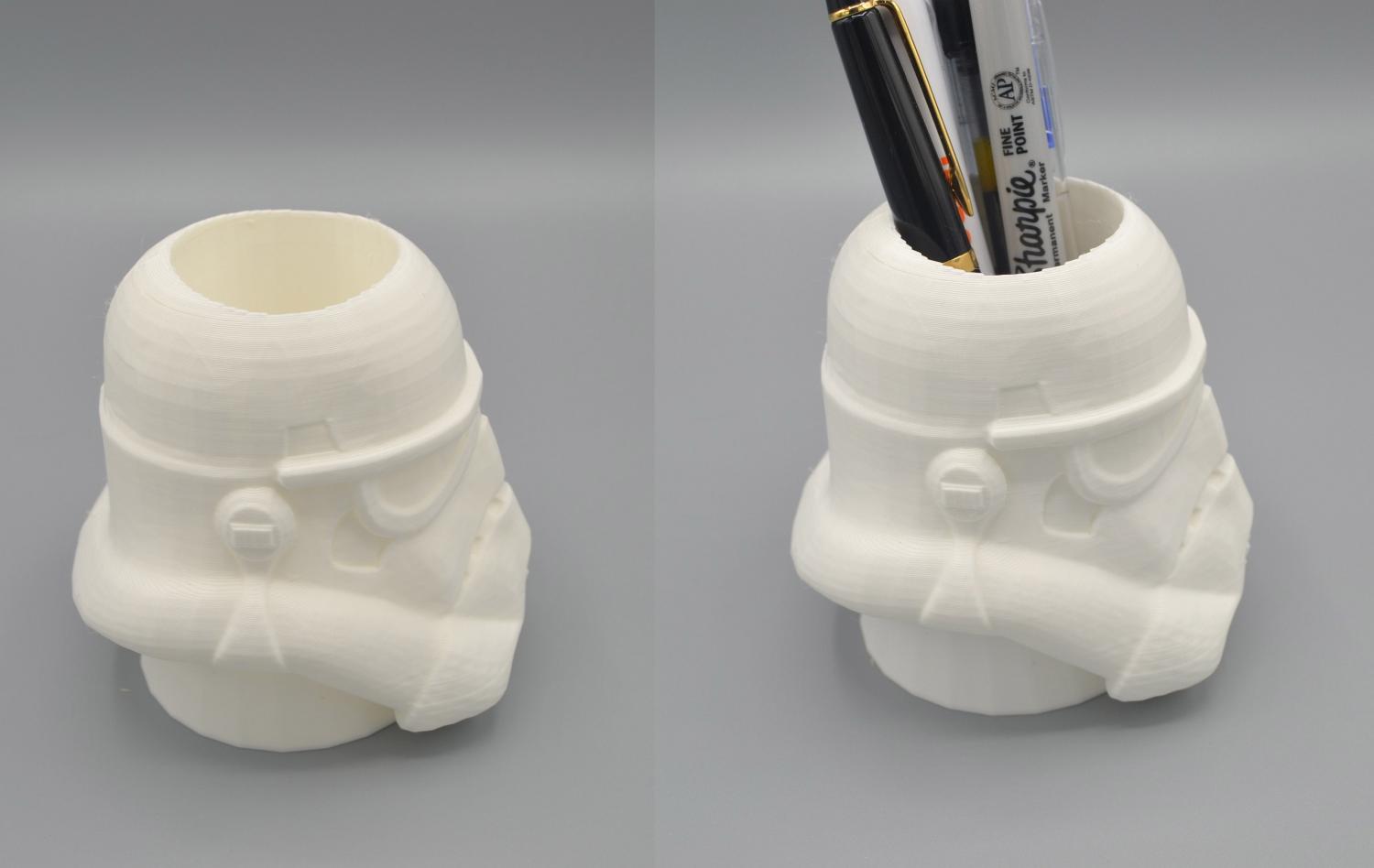 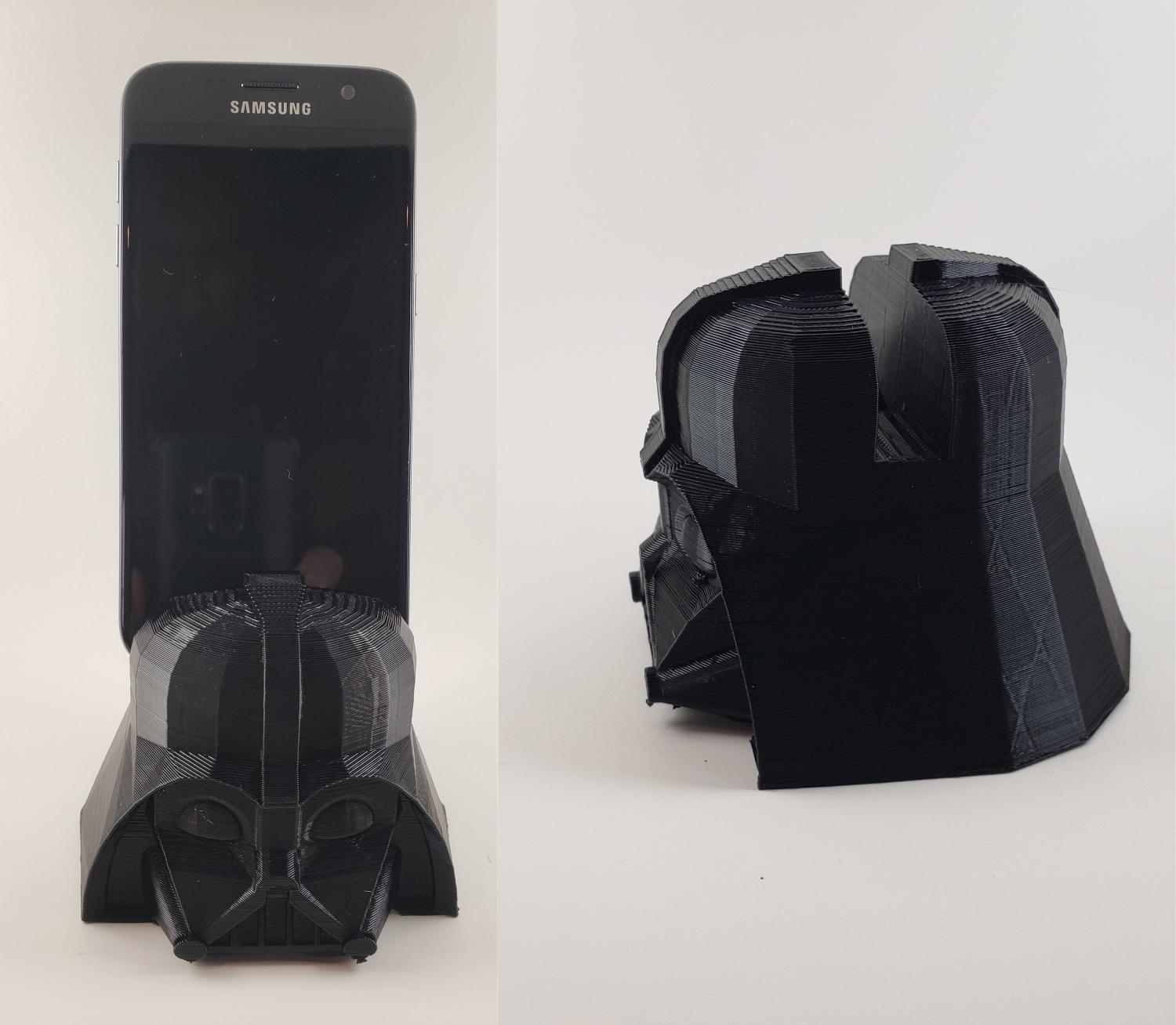 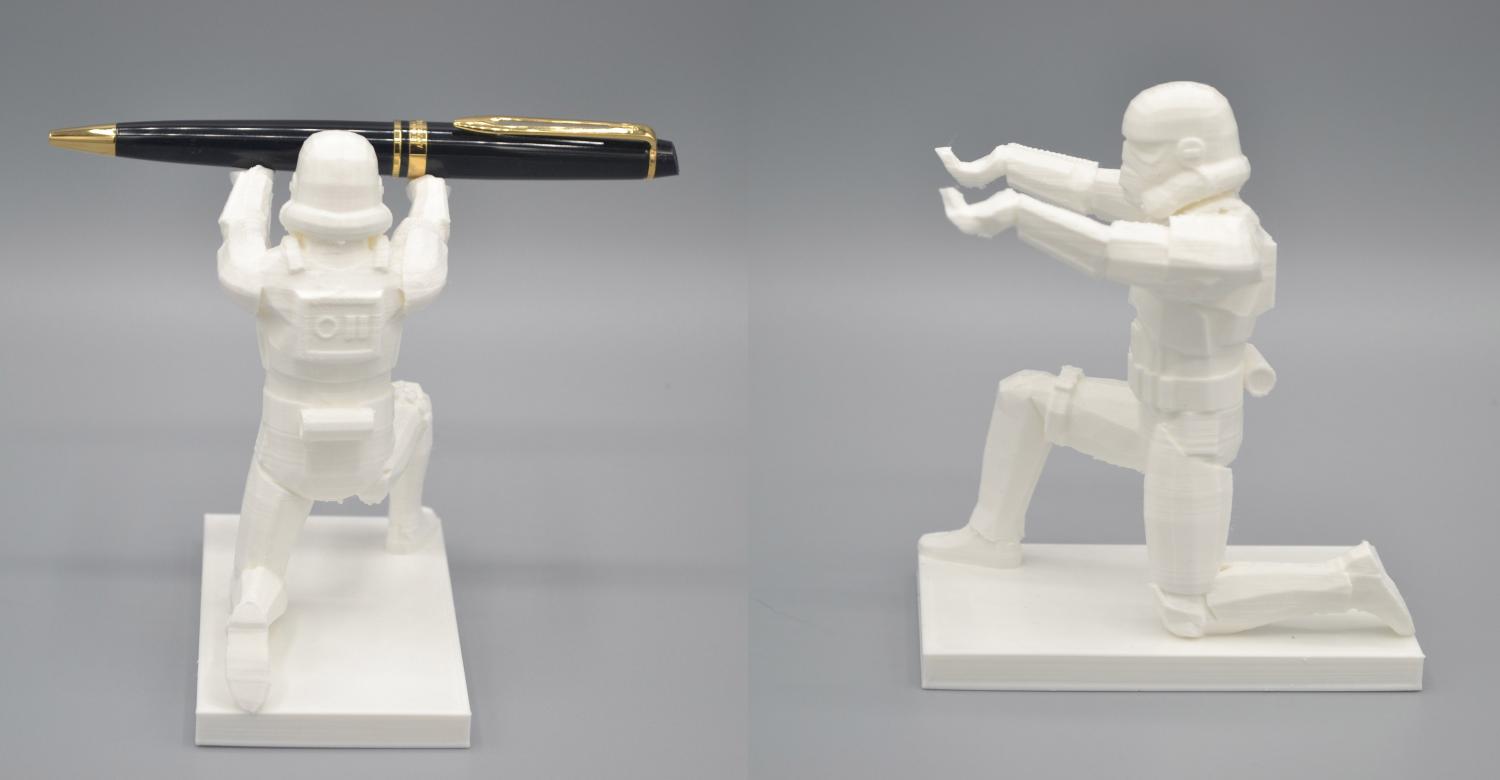 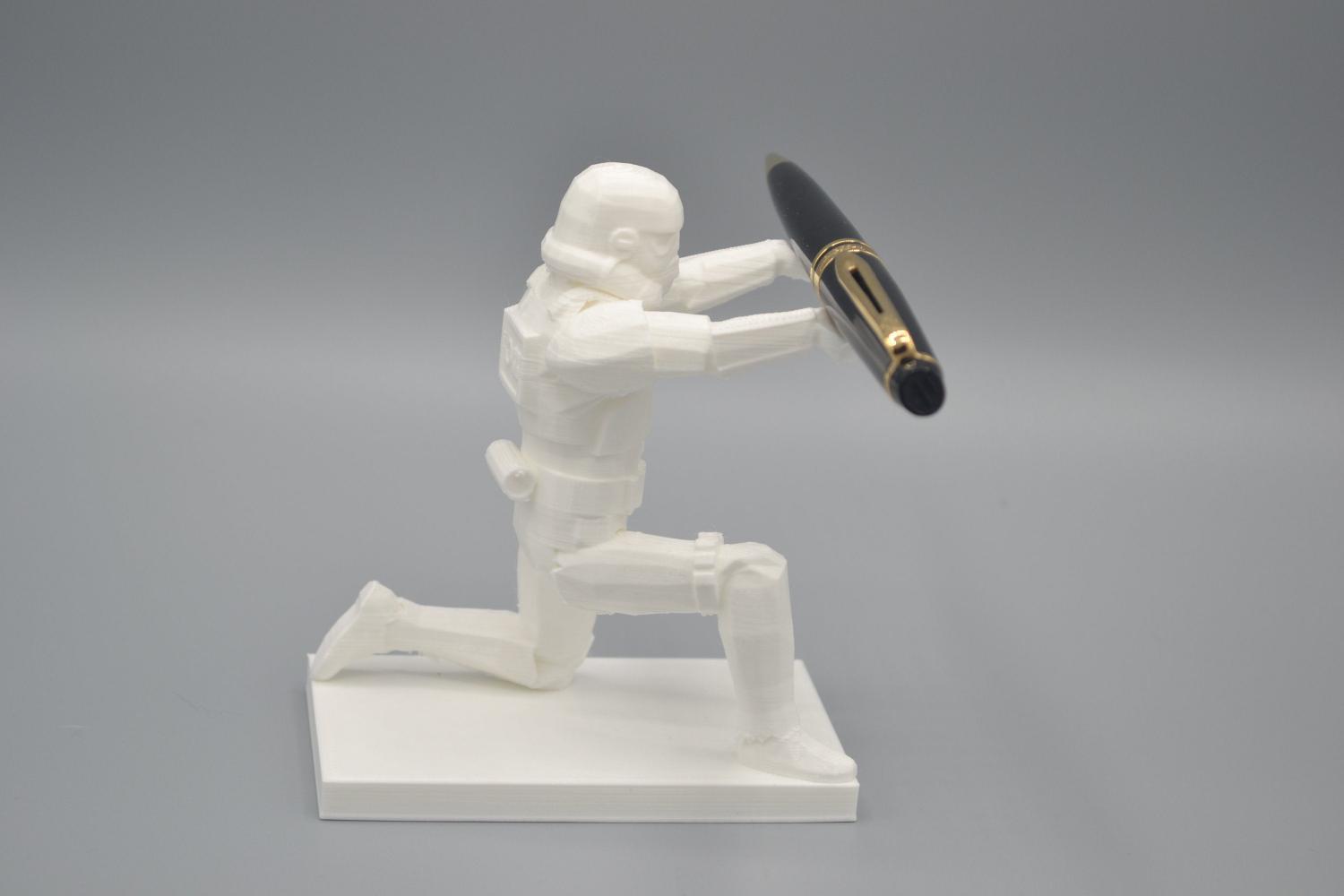 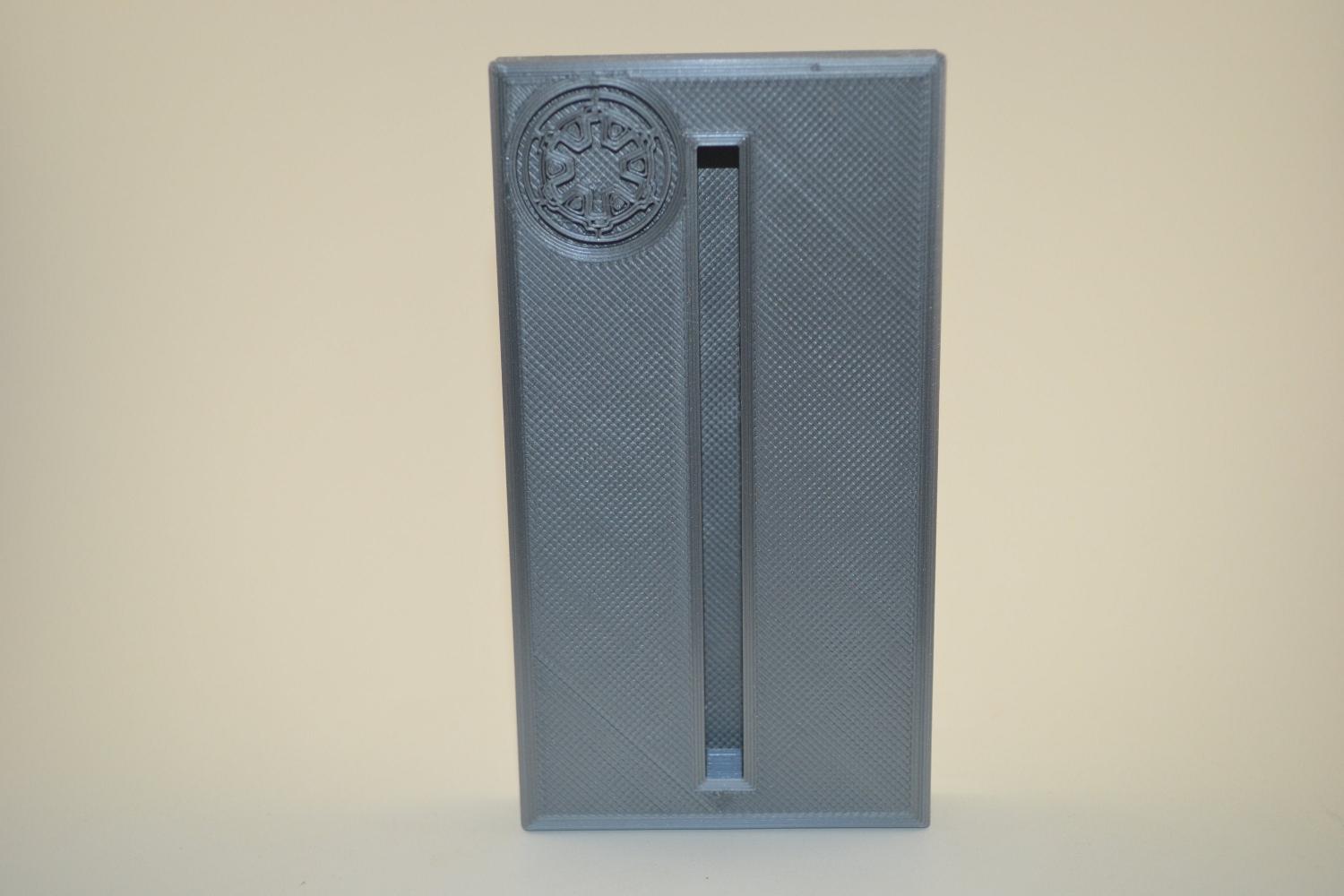 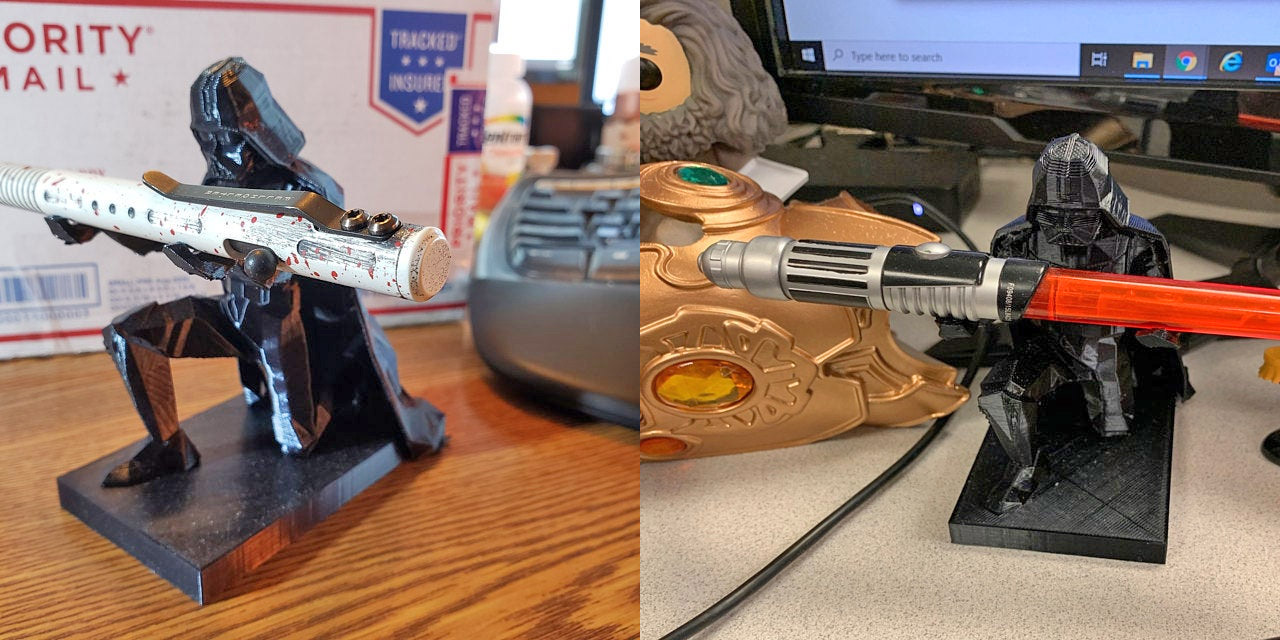 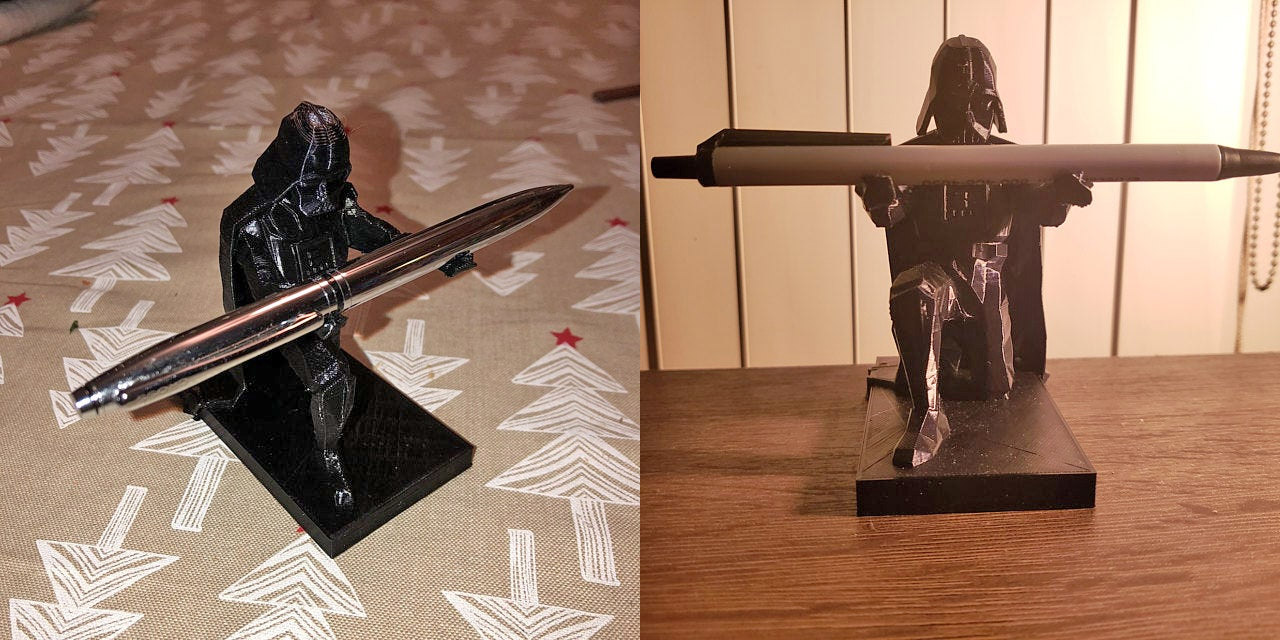