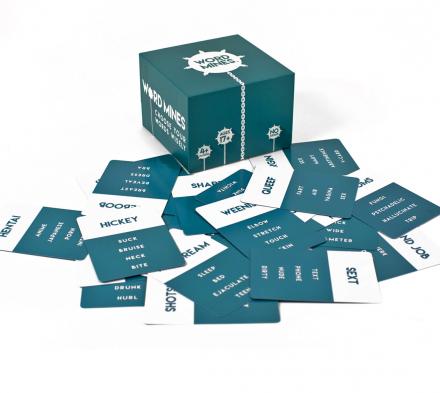 Have you ever been playing Taboo and thought to yourself, why isn't there a dirty version of this game? Well, now there is. Word Mines is an adult party game that's played quite similarly to Taboo, except everything's adult themed or dirty! Unfortunately there's no buzzer, but I'm sure there's some sort of fart button app that you could pull up on your phone.

This Taboo-like party game for adults makes you watch your dirty mouth by making you choose your words wisely. So invite your friends over and get ready for a good time. Words are dangerous people! 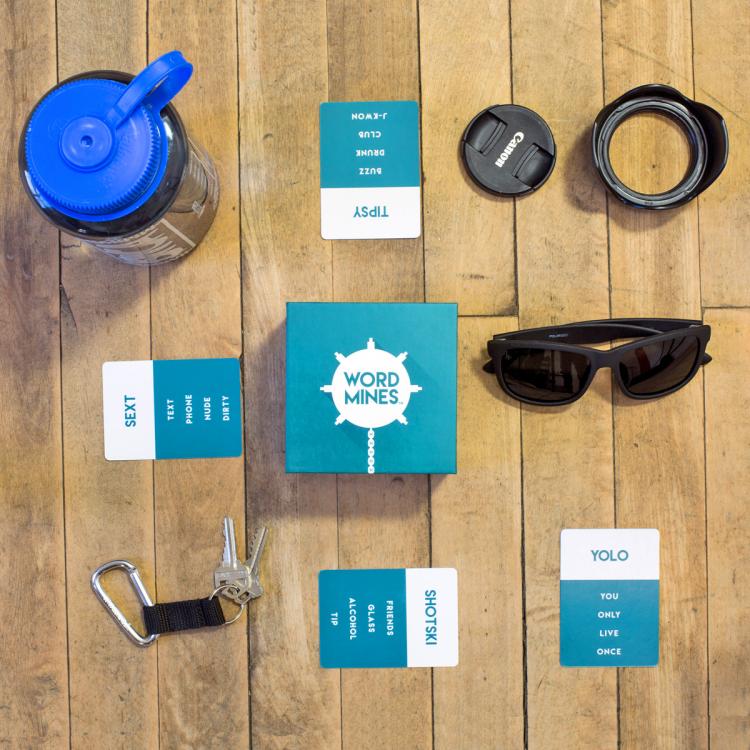 So how do you play? First you split up into two even teams. Then you hand the deck to the first clue-giver. The clue-giver gives clues, while everyone else guesses. If a team guesses correctly, that team gets a point. However if the clue-giver says a forbidden word or passes on a card they lose a point. 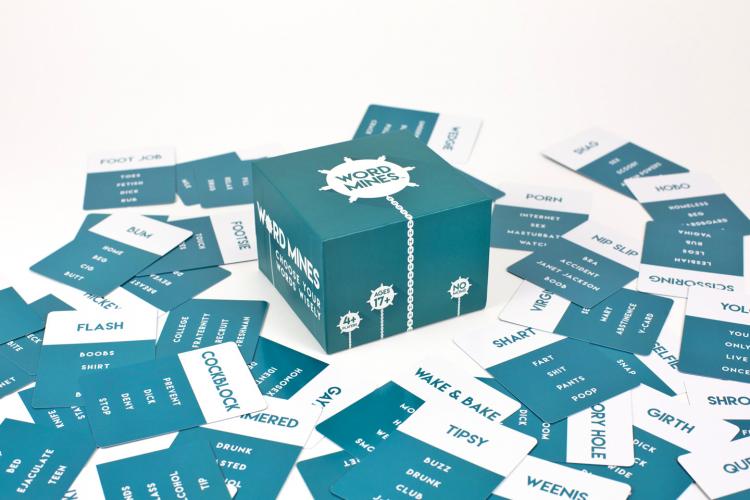 The idea of Word Mines is to score as many points as possible by having your team guess the word on as many cards within 60 seconds. After time runs out, you just pass the deck to the other team and repeat until all players have had a chance to be the clue-giver. 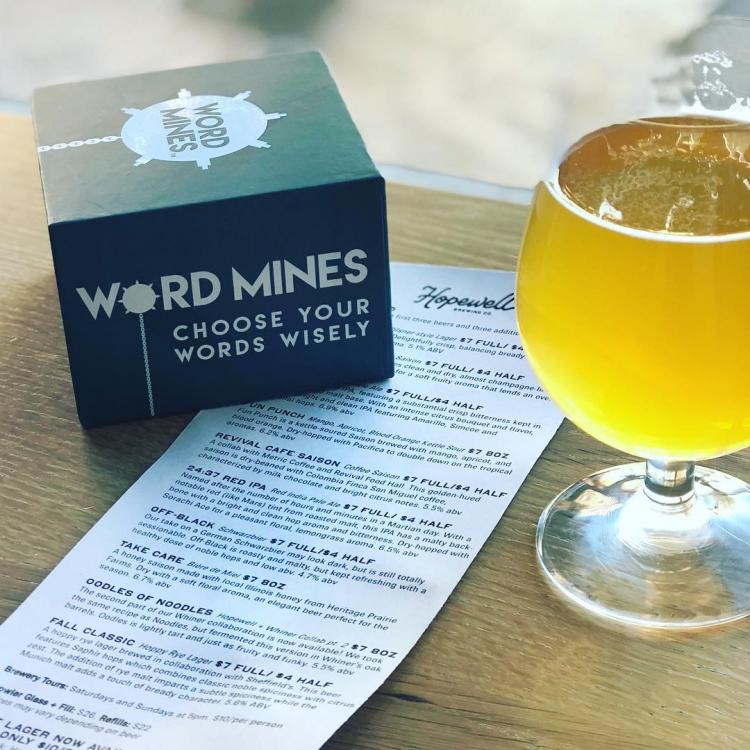 If that sounds like a fun evening to you, you need to get this game and play it with all of your friends and family. At least with those who don't get offended too easily. 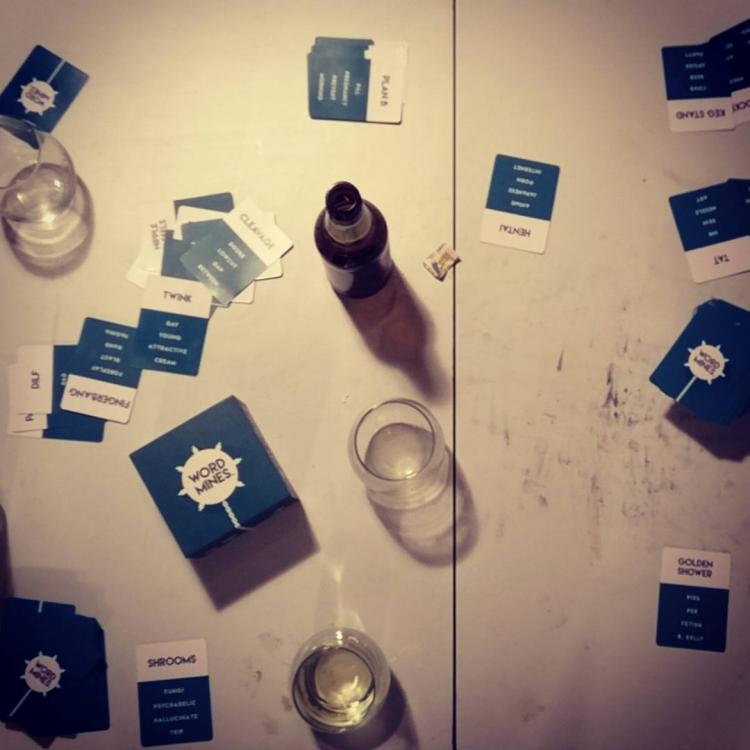 You'll surely want to play Word Mines again and again, and it may just be the chosen family party game at family get-togethers, as long as your family is quite comfortable with one another. 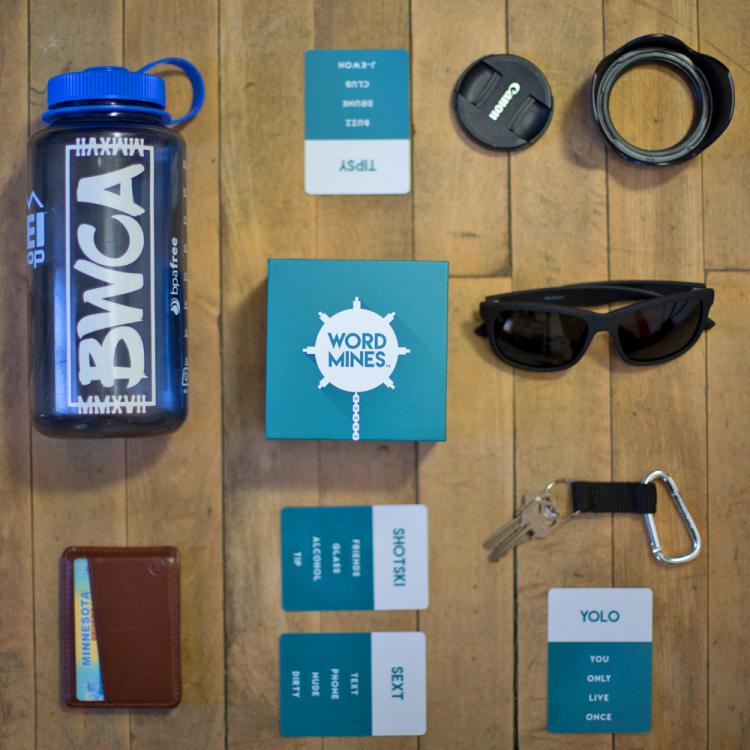 Word Mines is meant to be played with people aged 17 and up, you'll need a minimum of 4 players to play the game, and it comes with a total of 258 cards. 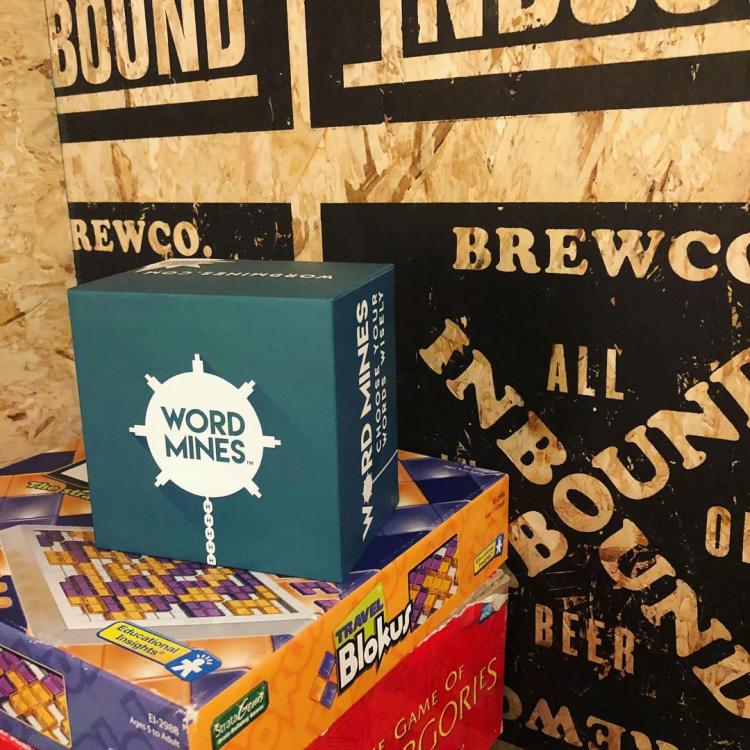 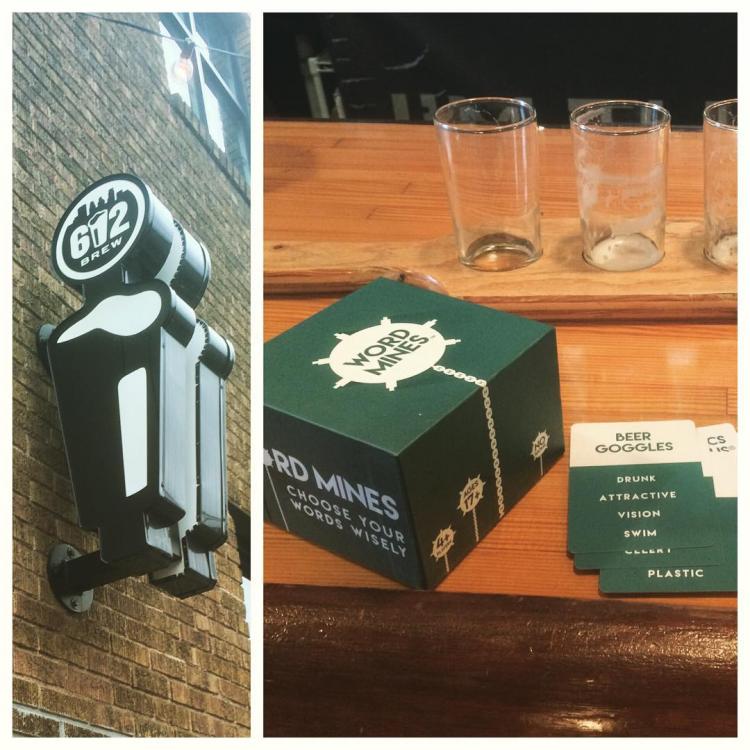 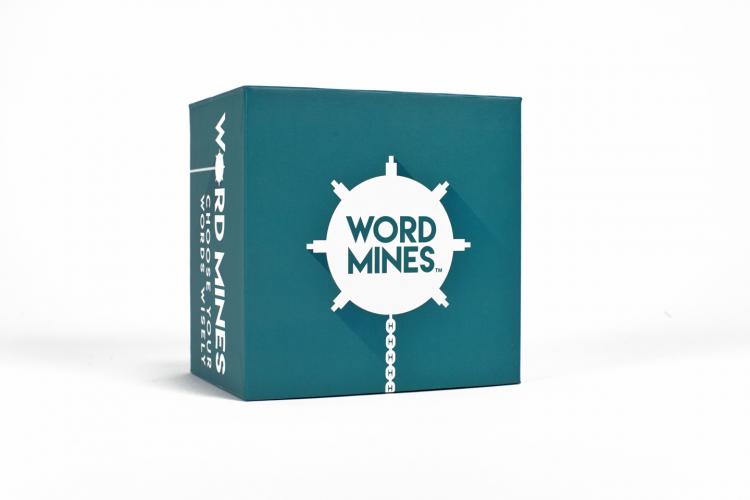 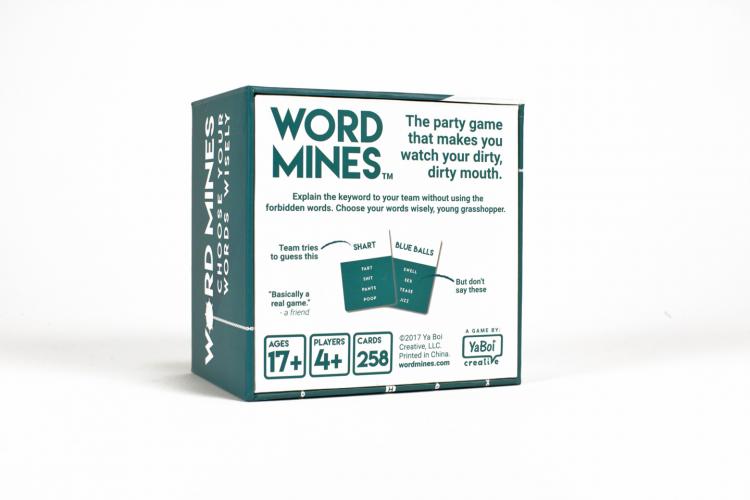