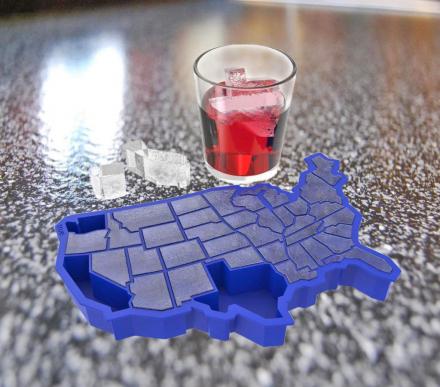 The United States Of Ice is an ice cube tray shaped like the United States of America, with each state making its own cube of ice. Perfect for throwing some ice into your beverage on the 4th of July to show how much you love America, just make sure you show people early before the cubes melt into oblivion. If you throw Texas into your drink you're probably OK with just the one ice cube, but if you venture over towards the east of the country, you might as well throw half of the nation into the drink as it's probably going to melt quite quickly.

The United State Ice Cube Tray is made from durable silicone, is blue in color, and will make around 40 cubes of ice, as making a separate ice cube for each tiny state in the northeast would be damn near impossible. 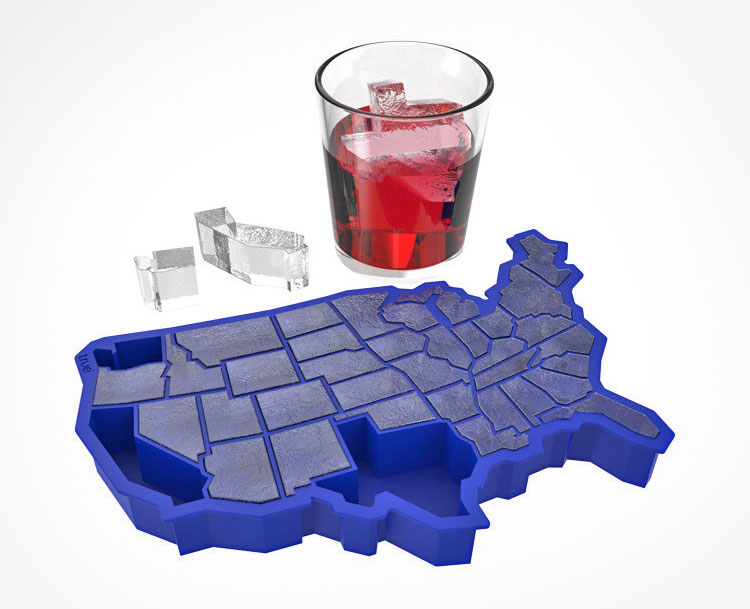 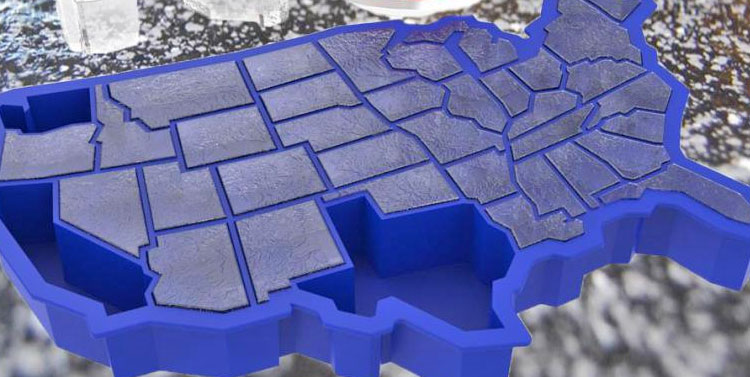 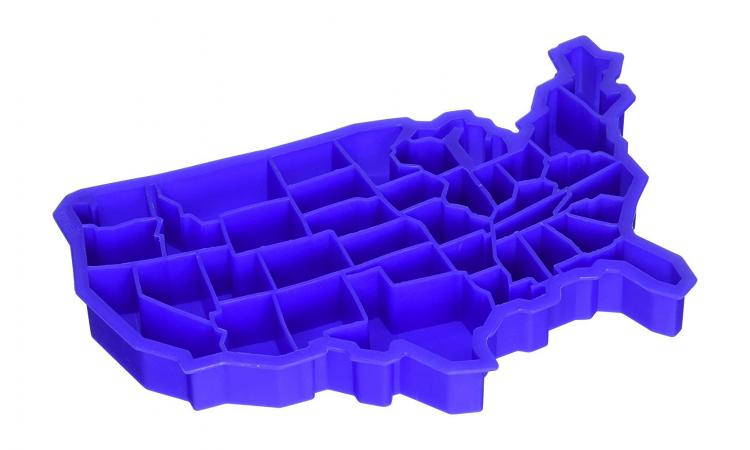