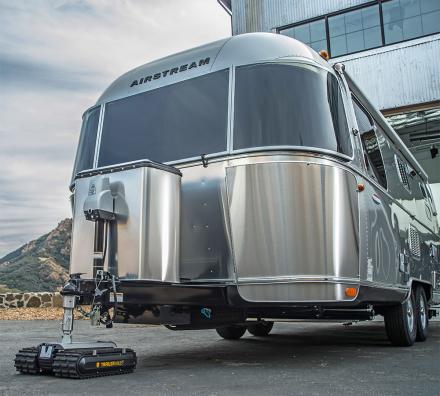 Moving heavy trailers or caravans can be nearly impossible with just one person due to how heavy they are. Well, now there's a little remote control robot that can move and park your trailer into the perfect spot with pretty much no effort from you. It comes in three different models, with the biggest model able to move trailers up to 9,000 lbs. So there's practically no trailer it can't handle!

Made by the company Trailer Valet, the trailer moving robot is the company's first self-motorized and self-controlled series of products. It's made with heavy-duty caterpillar treads, along with 4 planetary gear motors on each track that work together to move and transport extremely heavy loads.

The trailer robot connects right to the trailer's coupler, and is powered by an internal rechargeable battery that offers up to 30 minutes of runtime. It's controlled with a remote control lets you move your trailer with the push of a button from up to 40 feet away.

Since it moves your entire trailer by itself, you won't need a group of people to move it anymore, plus, you can be your own spotter to make sure it doesn't hit any corners or walls.

The Trailer Valet is made with Caterpillar treads that make it look like a mini tank, these also allow it to work on most terrains, including, asphalt, gravel, grass, and dirt. The Trailer Valet RVR comes with either 2 or 4 planetary gear motors that allow it to easily drive both single and dual axle trailers. 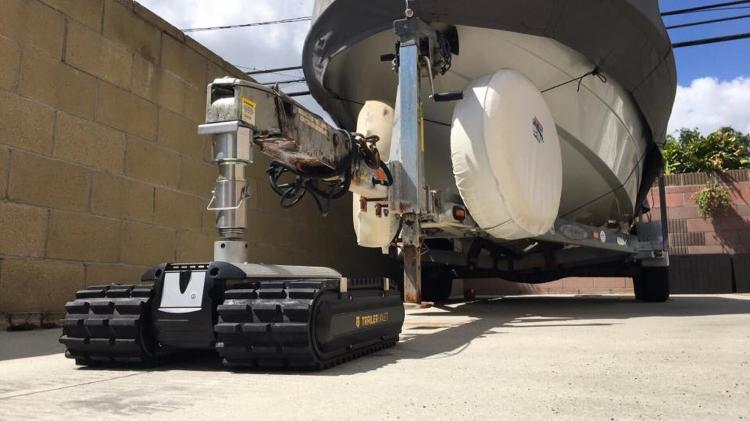 Check out the Trailer Valet remote control trailer parking robot in action via the video below. 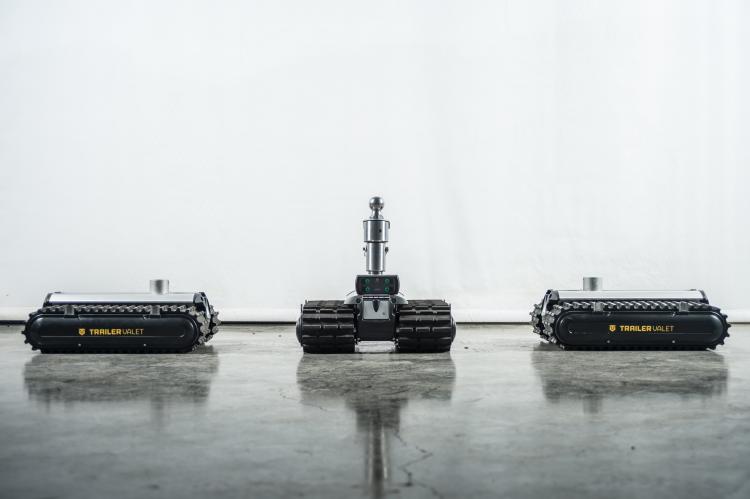 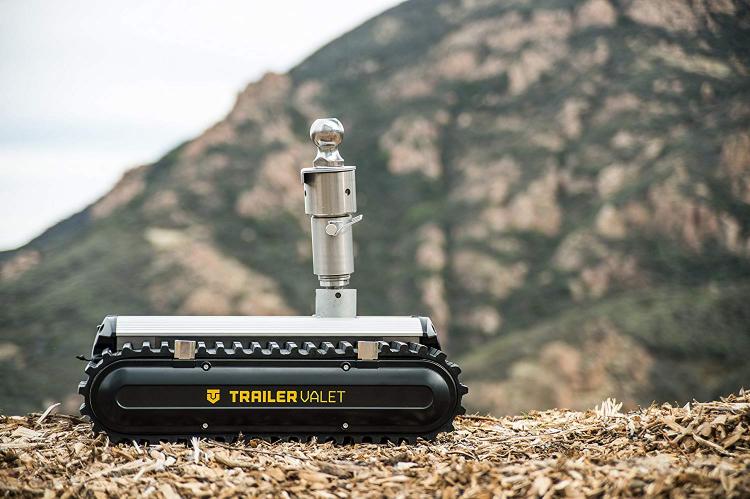 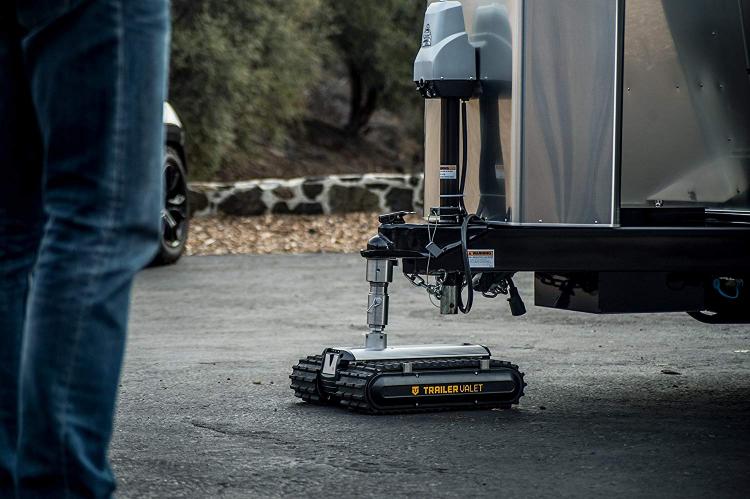 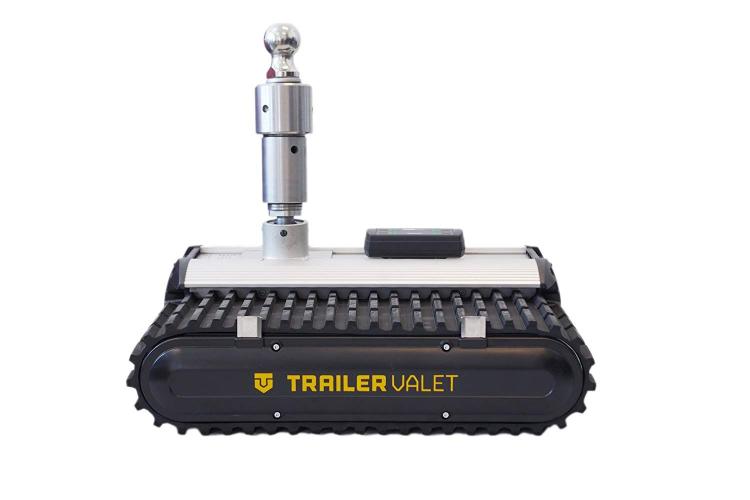