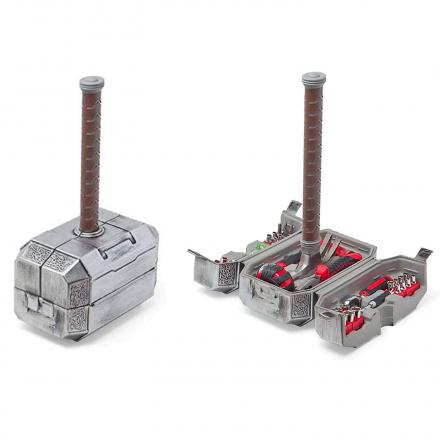 Every man feels like a God in his garage when he's working on that special project or fixing things around the house. It's just what men do, and real men need a manly toolbox. This tool kit is made to look just like Thor's hammer, and is pretty much the manliest toolbox you could get. Wield the power of Thor's hammer and truly feel the power of the Gods flow through you, as you put together that doll house for you daughter.

When hauling around your tools you'll look just like Thor himself carrying around a giant oversized metal hammer, but once you flip open the sides, you'll reveal a total of 44 tools to use instantly on anything around the house or garage! 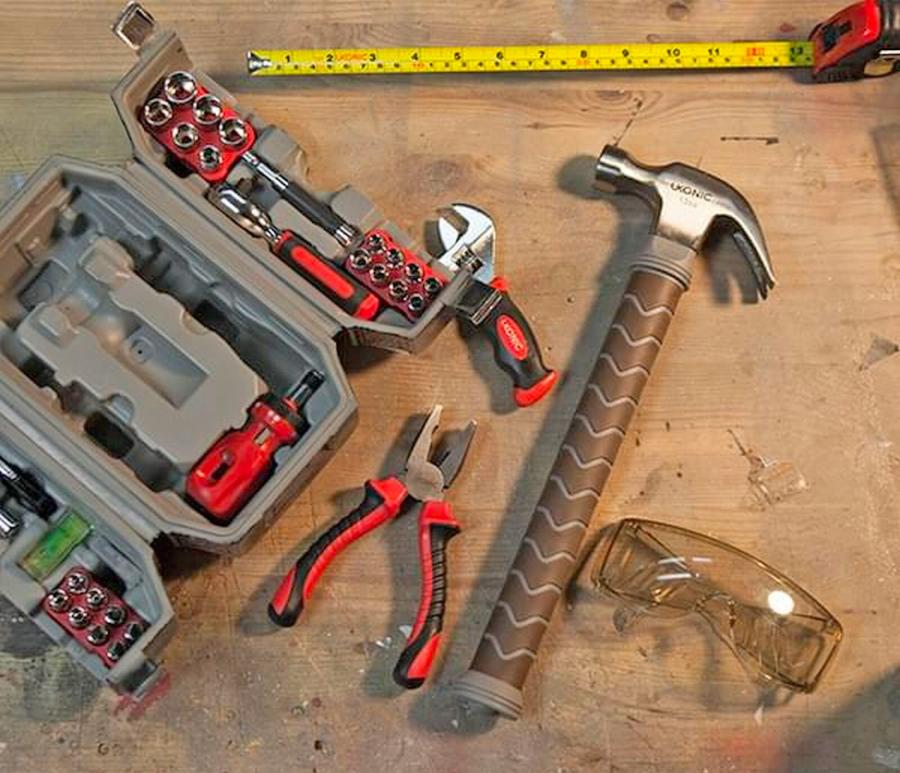 This amazing tool kit contains a total of 44 different tools all in a molded case that looks just like Thor's hammer, and don't worry, you're worthy enough to pick it up. 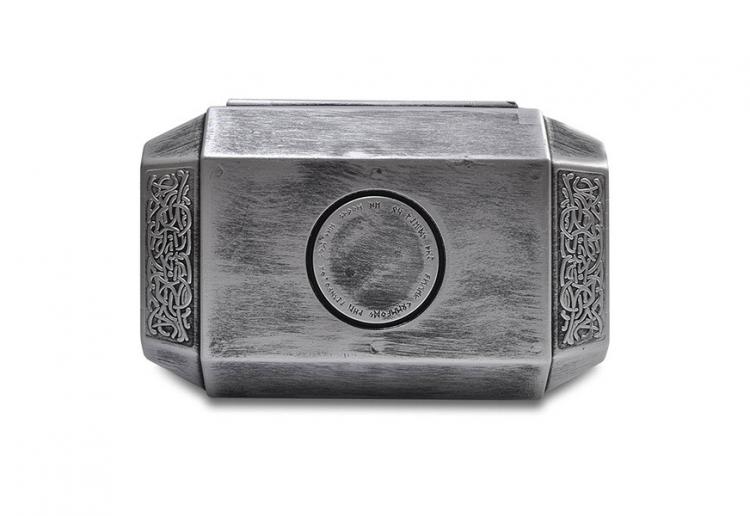 Inside Thor's hammer tools set you'll find an actual hammer, which also serves as the handle for the tool kit, a tape measure, a level, a screwdriver, a wrench, a ratcheting wrench, 24 1/4" sockets, a utility knife, and much more. 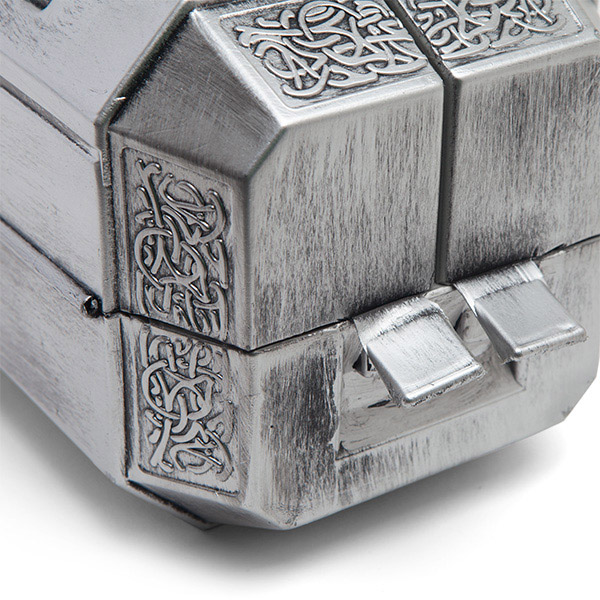 Just open up the base of Thor's hammer to reveal all the tools. Now you can fix the stuff around the house and live out your comic book fantasies at the same time. 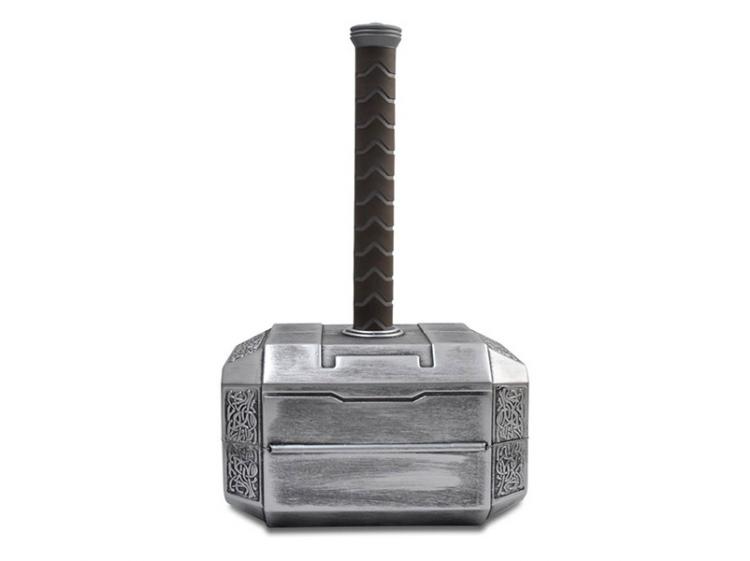 This Thor tool set will make you a handyman Avenger. Your tools just sit there in that magical case, looking bad-ass like Thor's hammer all day and when you need to fix something, it's like your super powers engage. 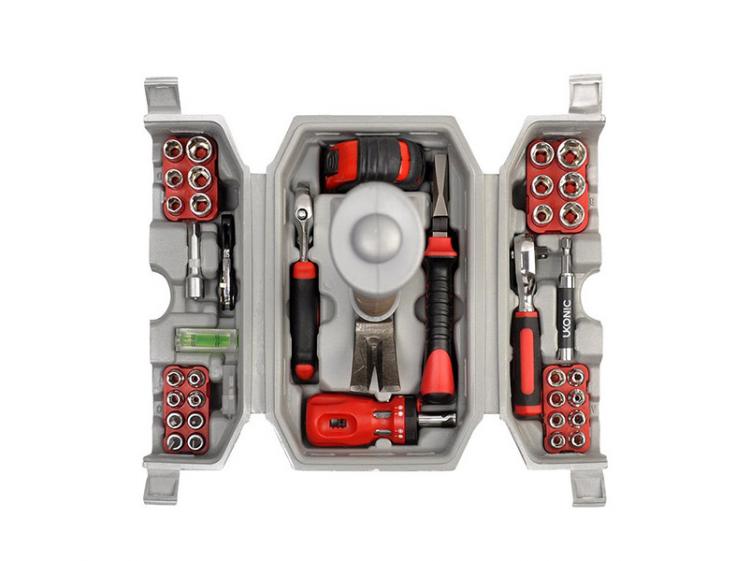 Once you open up the hammer tool set, a blinding ray of light might even shine out. Probably not, but that's what I'm hoping for. 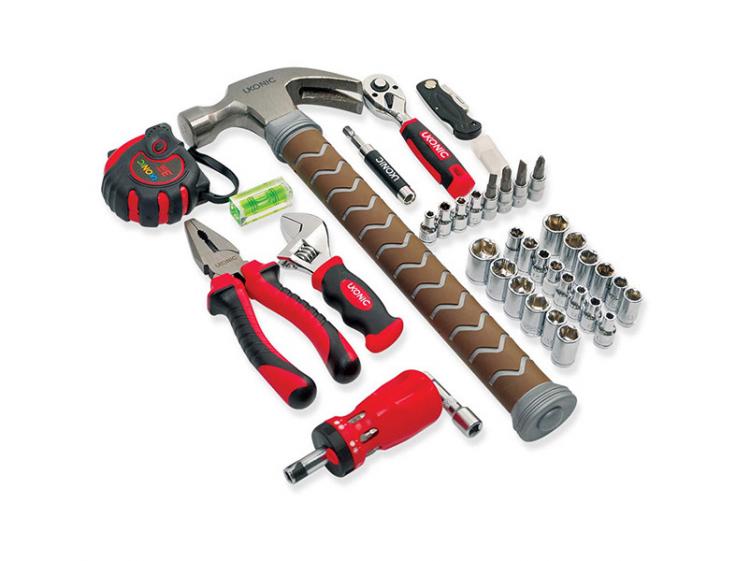 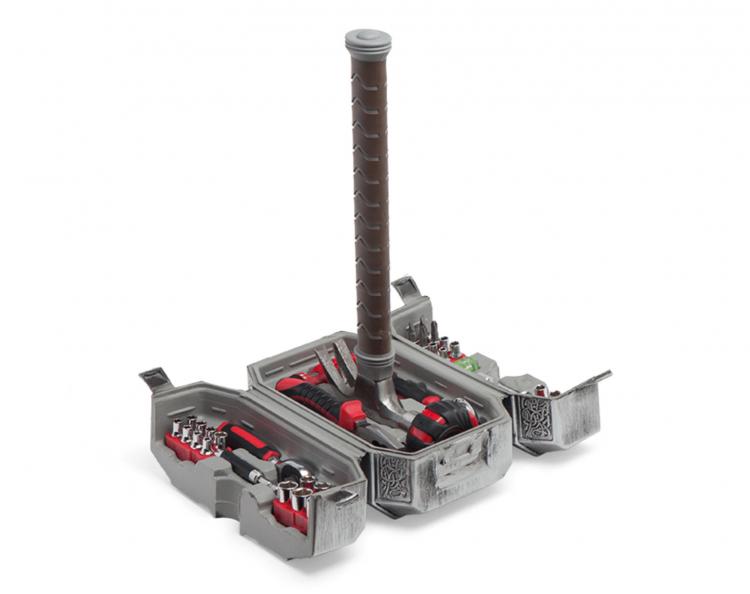 This unique and geeky tool set is officially licensed from Marvel, so no worries on it being a cheap knock off of the real hammer of Thor! 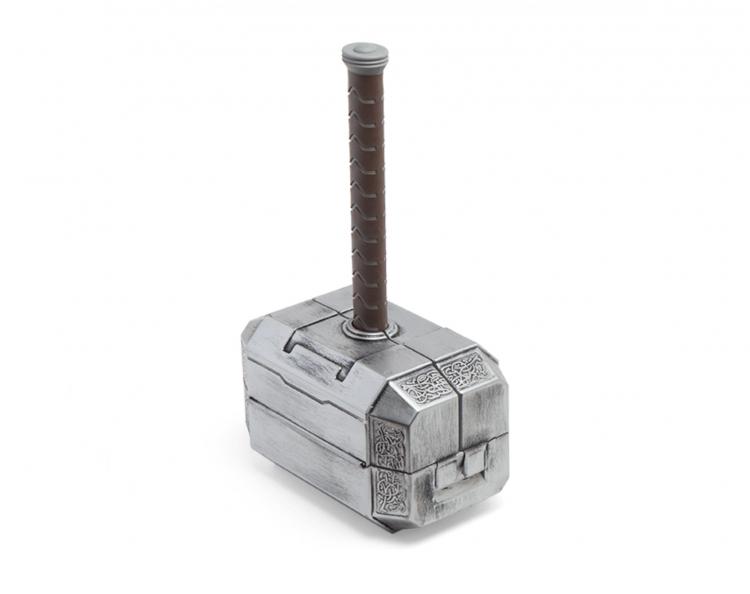 The Thor hammer tool set has two tabs on the bottom side of the hammer head that locks the tool set closed when not in use. Just open up the tabs to unlock the tool set. 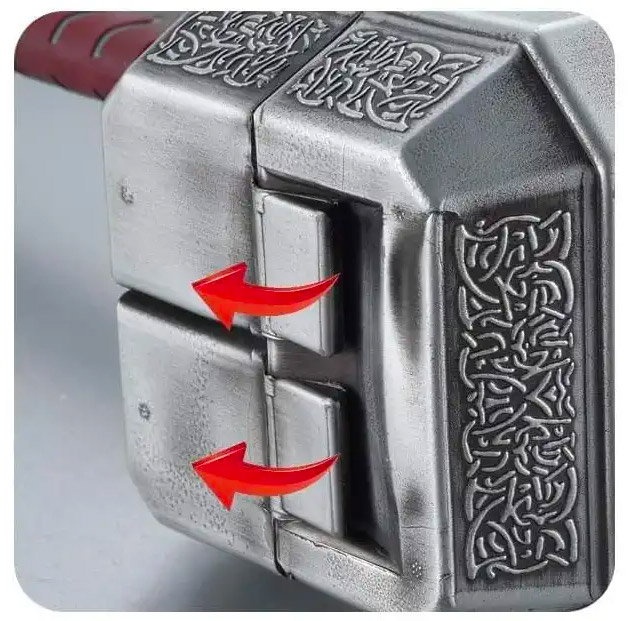 The tools are made from metal, while the shell casing is made from plastic, and the handle of the hammer is made from a TPR material that's extra wide and super comfortable to hold. 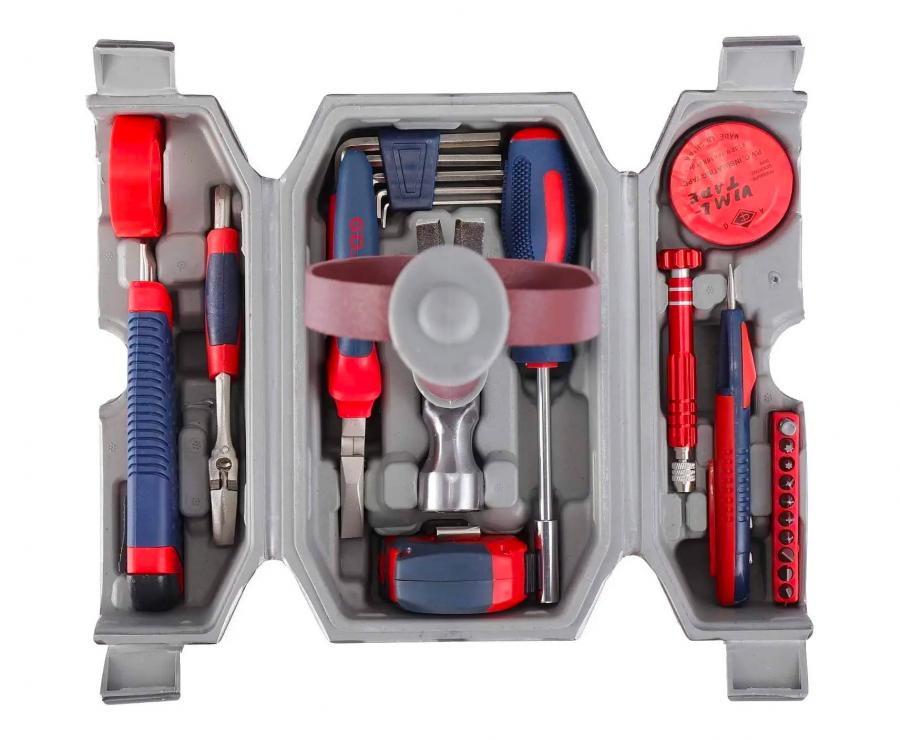 You can snag the Thor's hammer tool set from Amazon for around $54 bucks! 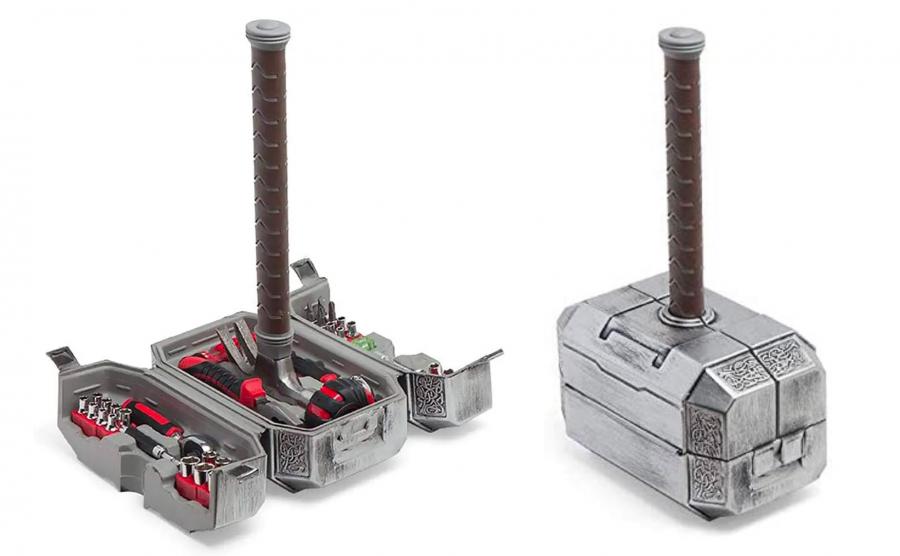 If you still need more geeky tools in your life, be sure to also check out the Millennium Falcon multi-tool... 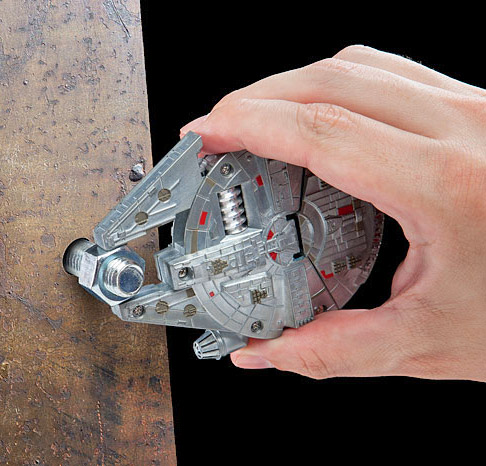 ...Or the Thor's hammer meat tenderizer! 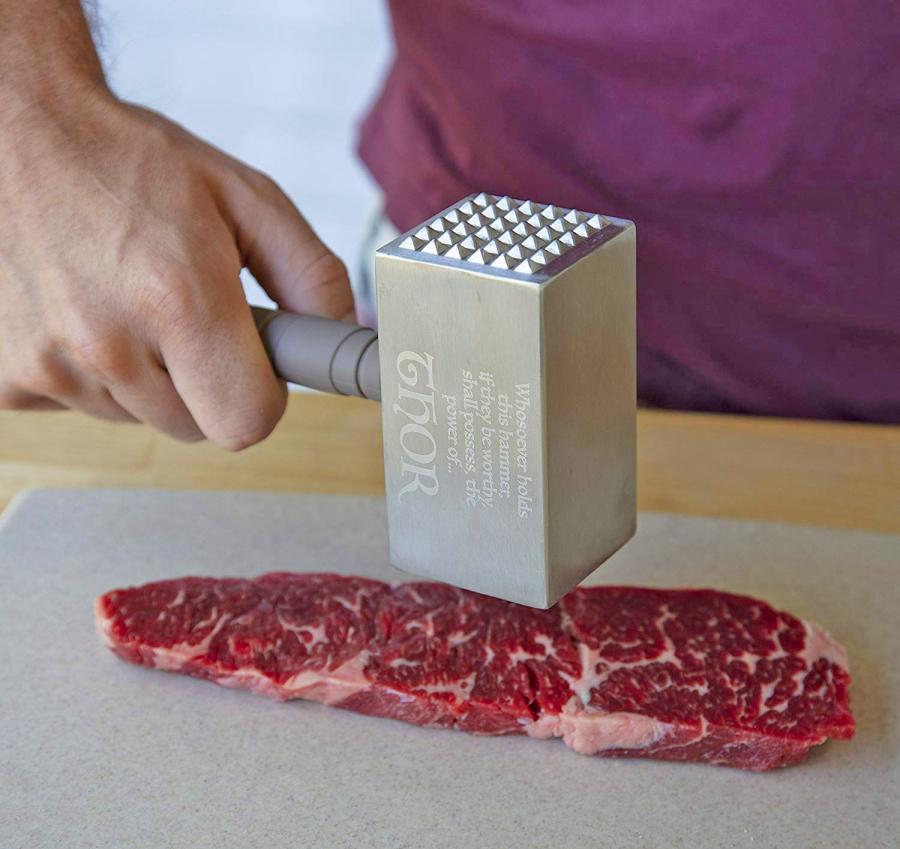 Check out Thor's hammer tool box in action via the video below!