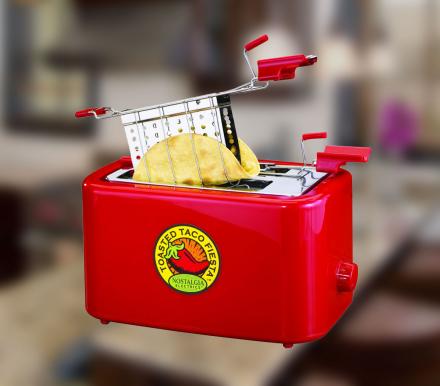 The Taco Shell Toaster is a toaster that makes taco shells for you out of standard tortillas. No longer will tacos need to only be consumed on Tuesdays. Simply wrap a tortilla in the taco forming cage, slide it into the toaster, turn it on, and you will be consuming hard shell tacos in no time. Perfect to go along with your hot dog toaster to make hot dog tacos (which coincidentally is made by the same company), the taco shell toaster is perfect the for the taco lover who's too lazy to heat their taco shells in the oven (which is most likely less work than getting out the shell toaster, opening your tortilla bag, fumbling trying to get just one out cause they stick together, placing it in the taco former cage, and then putting it away when your done).

The Nostalgia Electrics Fiesta Series Taco Shell Toaster is made to only cook tortillas, so no sticking in toast or a bagel on a drunken night, will work with both flour and corn tortillas, has a timer on it so you don't put in a tortilla and pass out at 3am, and can make two taco shells at a time. Check out the taco shell toaster in action via the videos below.

Or, you know... You could just stick some tortillas upside down on a rack in your oven for a few minutes, that might do pretty much the same thing. 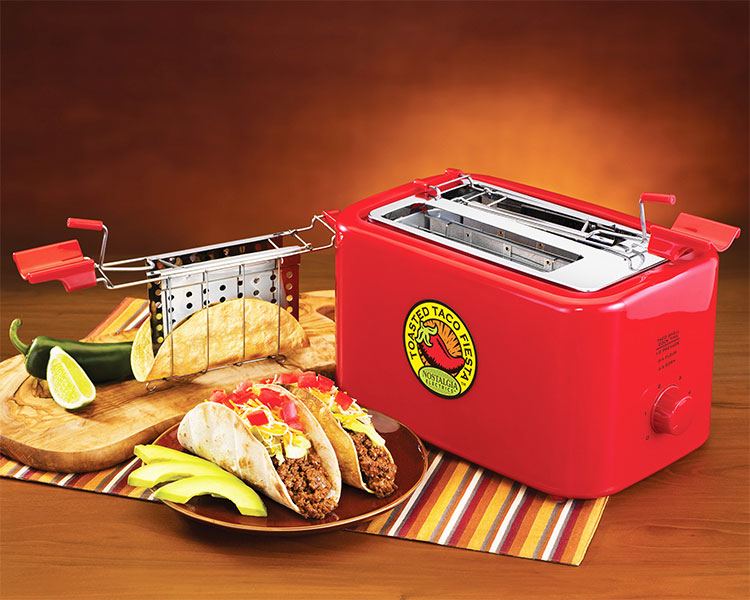 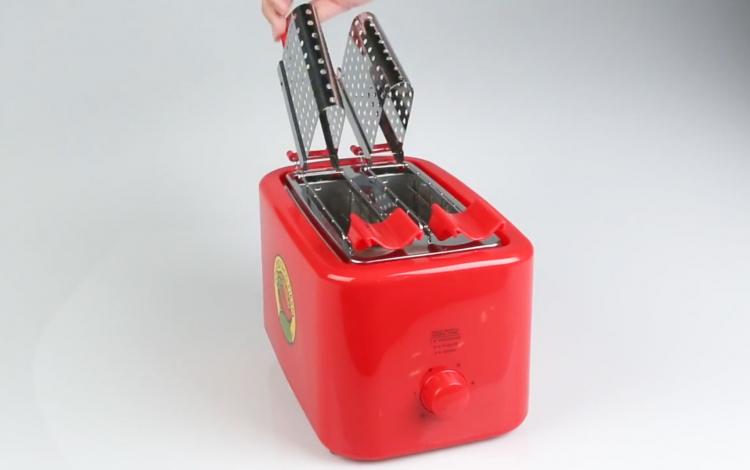 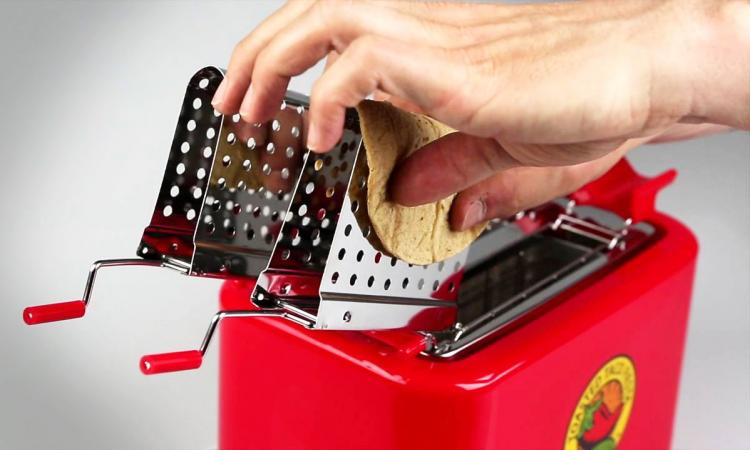 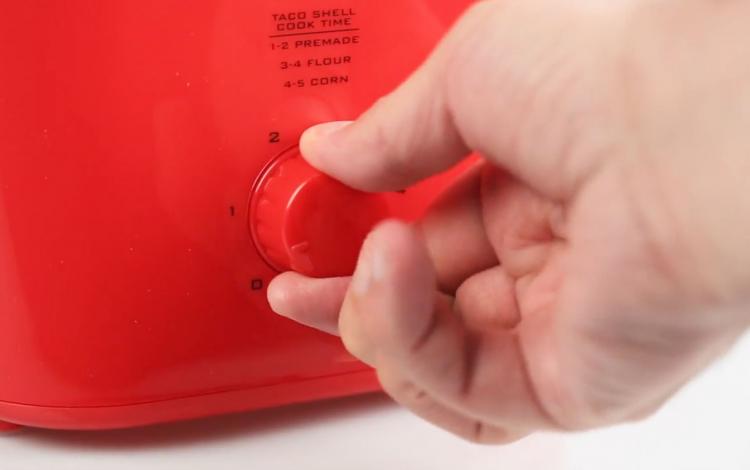 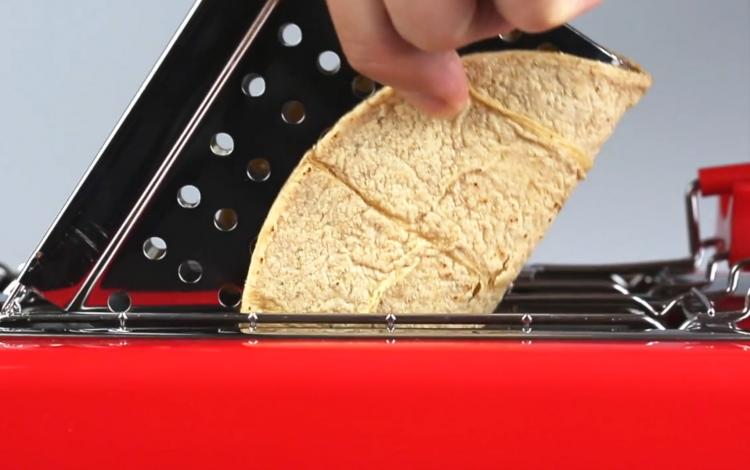 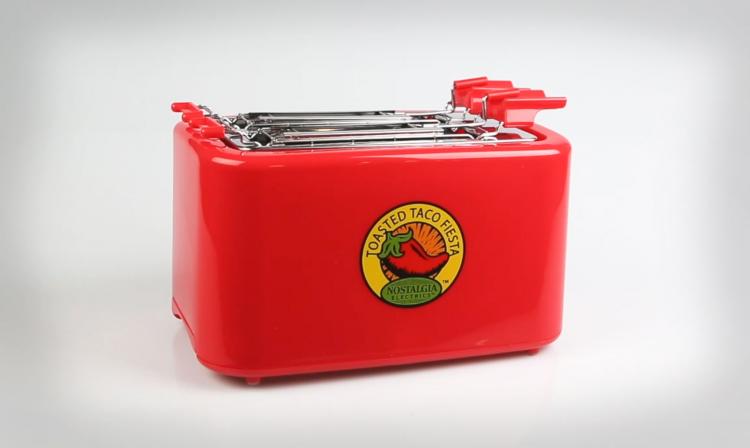 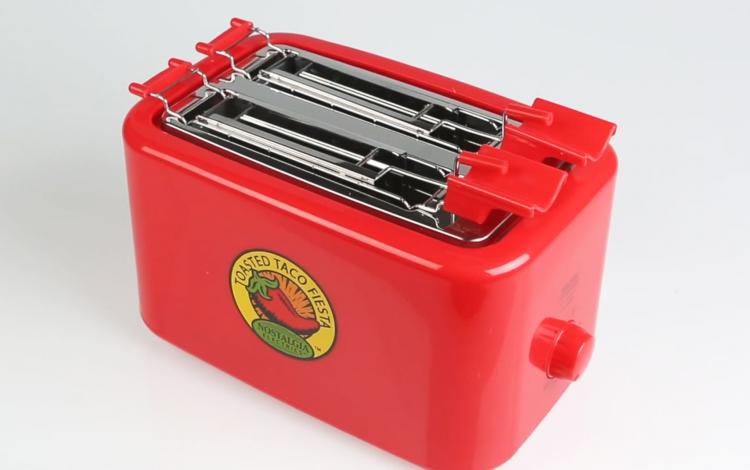