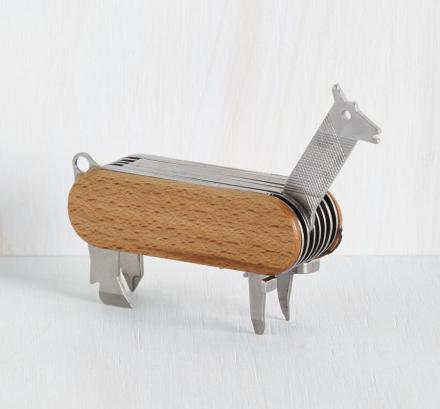 This multi-tool that's similar to a Swiss army knife has tools which take the shape of animal's heads, and if you were to take out four other tools to give the animal legs, you will have a fully functional animal that's ready to help you around the house. A giraffe or llama head pops out of the tool that functions as a file, a dog head pops up to reveal a set of wire strippers, and a rhino pops up to reveal a bottle opener. The tool has four legs that function as a punch, a Phillips head screwdriver, a flat-head screwdriver, and a blade. Plus the tool has just a regular larger knife that you can pop out that doesn't look like any animal, but could certainly be used to kill an animal.

The Swiss army knife animal shaped multi-tool is made from stainless steel tools with a wooden core, is made by Kikkerland, contains 8 tools in all, has a loop on the end of it that allows you to easily connect it to anything, and when fully closed it measures 3.25 inches long x 2.5 inches wide x 1 inch thick. 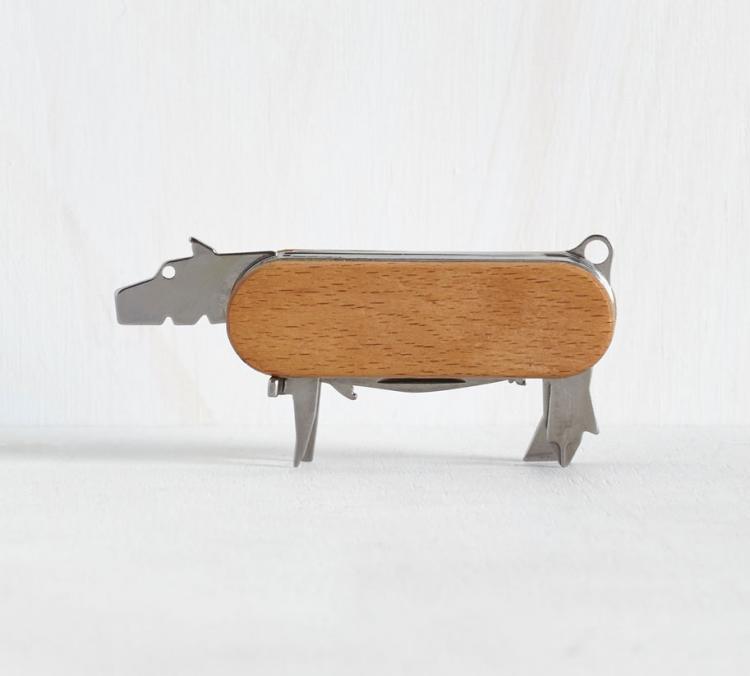 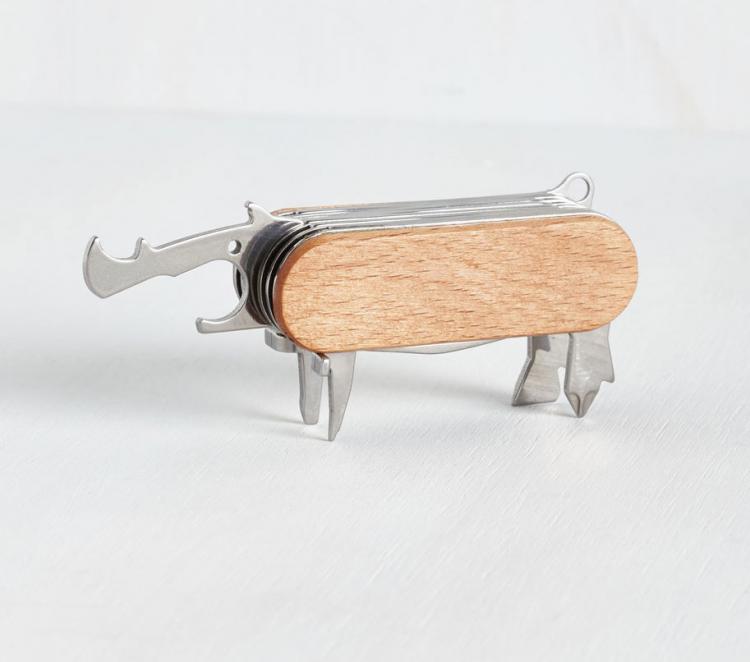 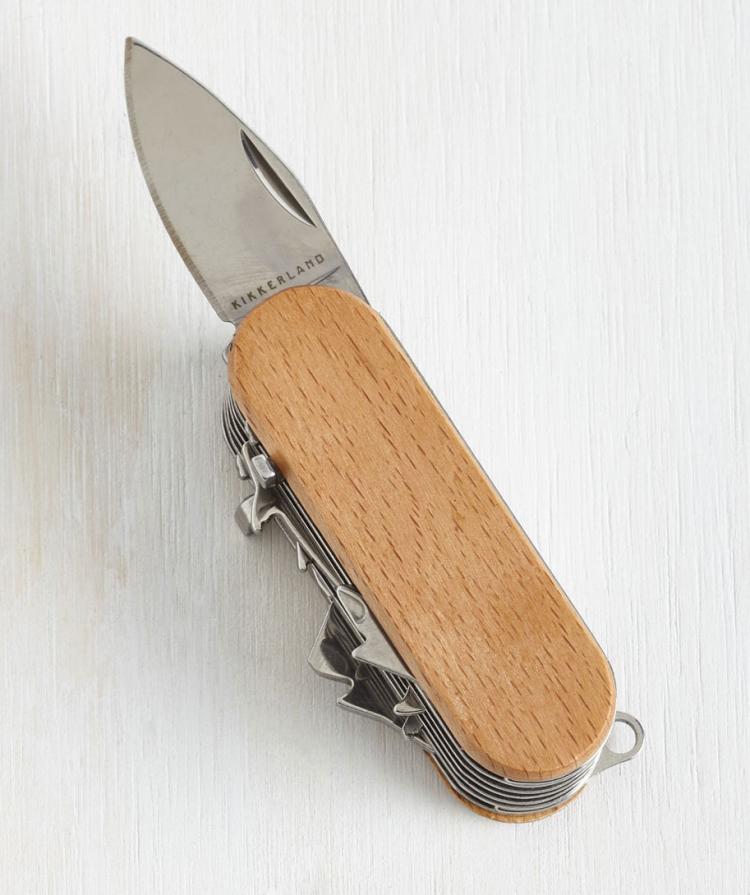 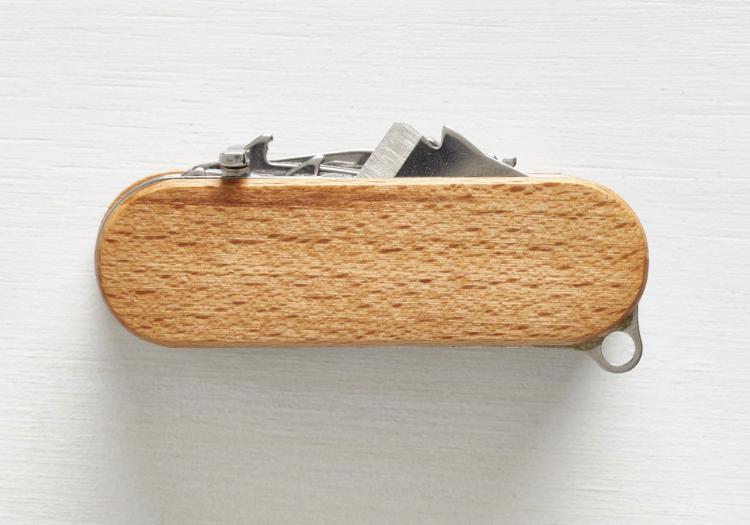 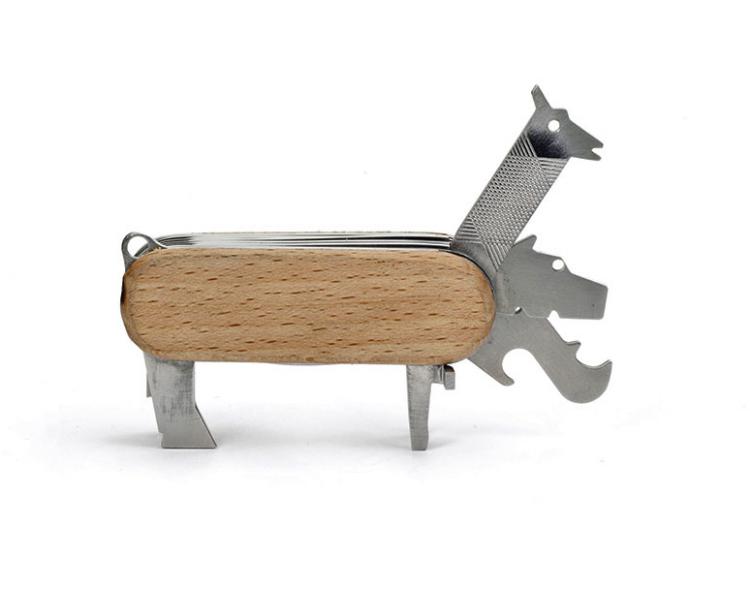 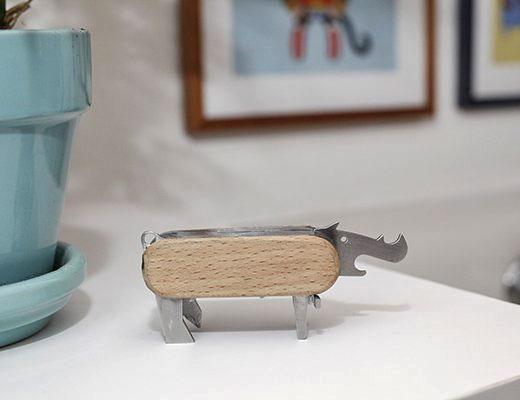 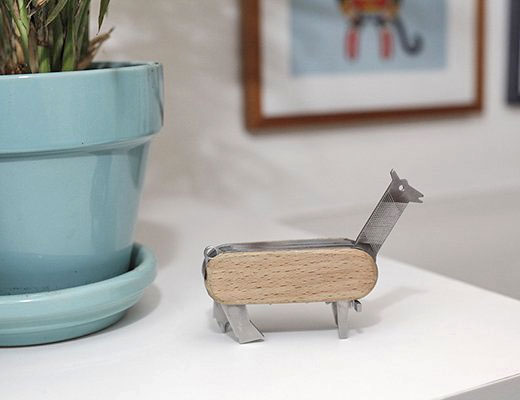