This Waving Queen Is Powered By a Small Solar Panel

This tiny replica of the Queen of England, Queen Elizabeth II has a litle robot hand that continuously waves back and forth. The hand is powered by a small solar panel located on the Queen's hand bag, which you wouldn't think would gather much energy through its tiny surface area, but I guess it really just has to power a tiny hand to move a few millimeters back and forth. If you find yourself oddly infatuated with the Queen of England and just don't know how to show it to the world, this creepy waving Queen robot figurine might be for you.

Created and sold by Kikkerland, the Waving Queen is just one of their many solar powered mini robots, with others including an Einstein that taps on his head like he's thinking, a Derby Queen that's of course wearing a big derby hat, a waving Canadian Mountie, a Napoleon who continuously tucks and untucks his hand from his waistcoat, and a solar powered waving Pope. All of which you can find here.

The mini solar powered waving queen figurine is perfect to display near a window to show your love for the Queen or for England, comes in either a pink or light blue dress (which is randomly selected for you), and measures 6.25 inches tall.

Also to note: there's certainly something creepy about an army of waving Queen's staring you down, as seen in the video below. 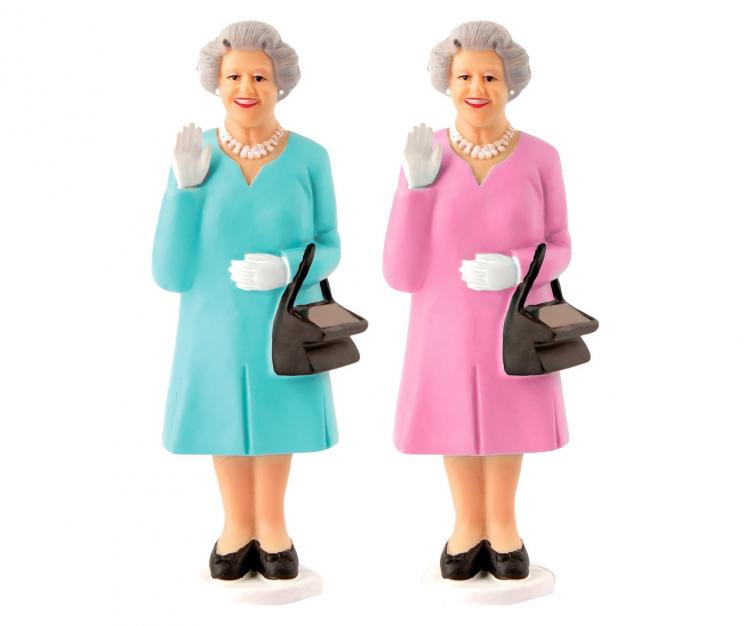