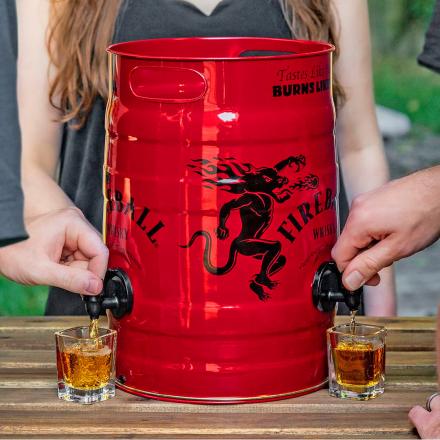 It’s that time of year again! The weather is getting colder and you’re looking for ways to spice up the season (and get incredibly drunk in the process). It’s time to put away that watermelon keg and get out that pumpkin keg. And if you’re really serious, you’ll consider this utterly irresponsible and delicious keg of Fireball.

If you don’t already know, Fireball is a spicy, cinnamon-flavored whiskey that’s perfect for the winter months. It’s delicious as a shot or added to a drink like coke or hot chocolate, and it’s not really something I imagined would ever be found in a keg. Needless to say, we’re pretty pumped about it. 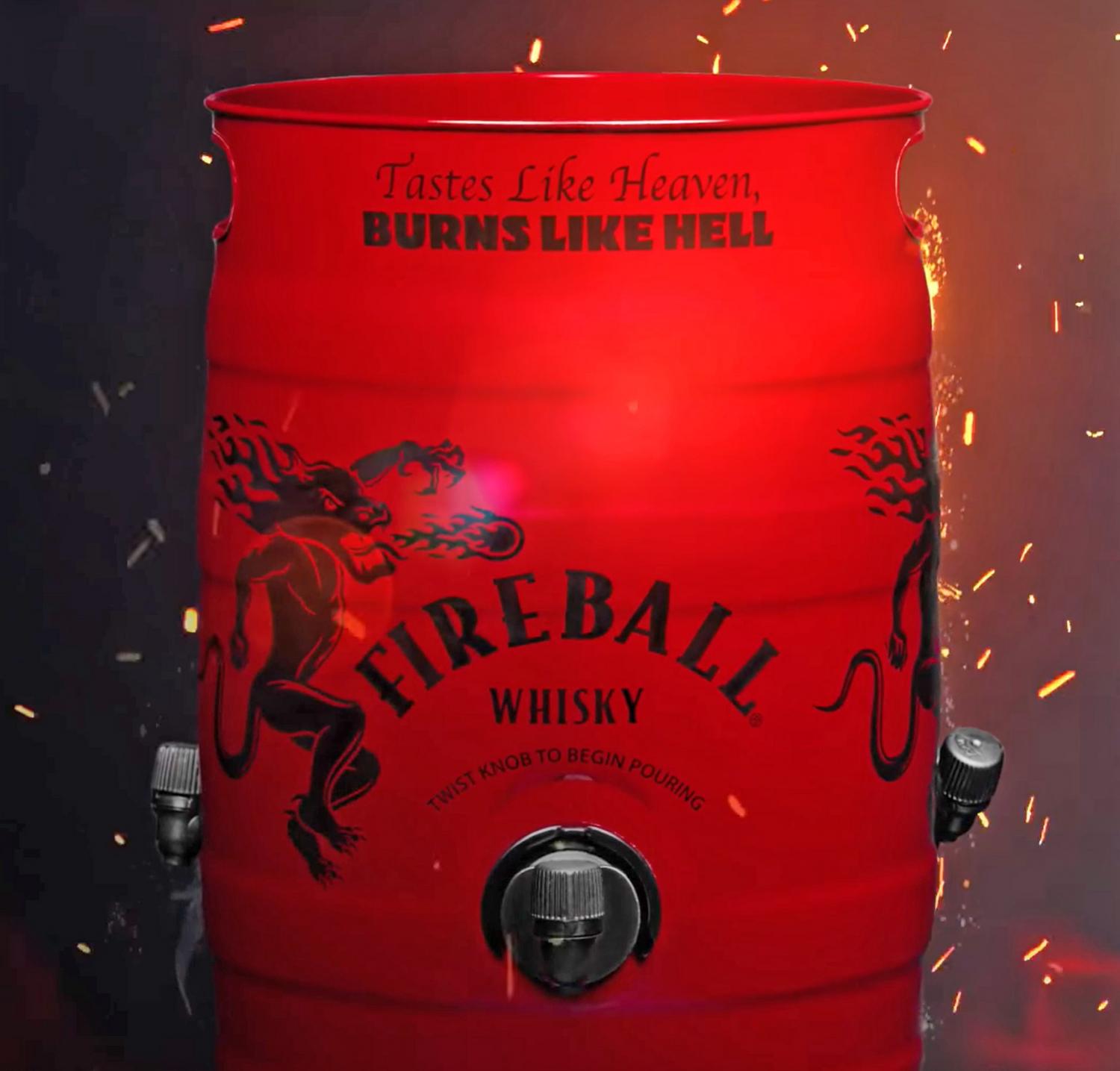 I like to imagine the corporate boardroom that pitched this one. Five liters of straight Fireball whiskey in a single container! That’s about 115 shots, more than enough to give you and your friends heartburn for days. 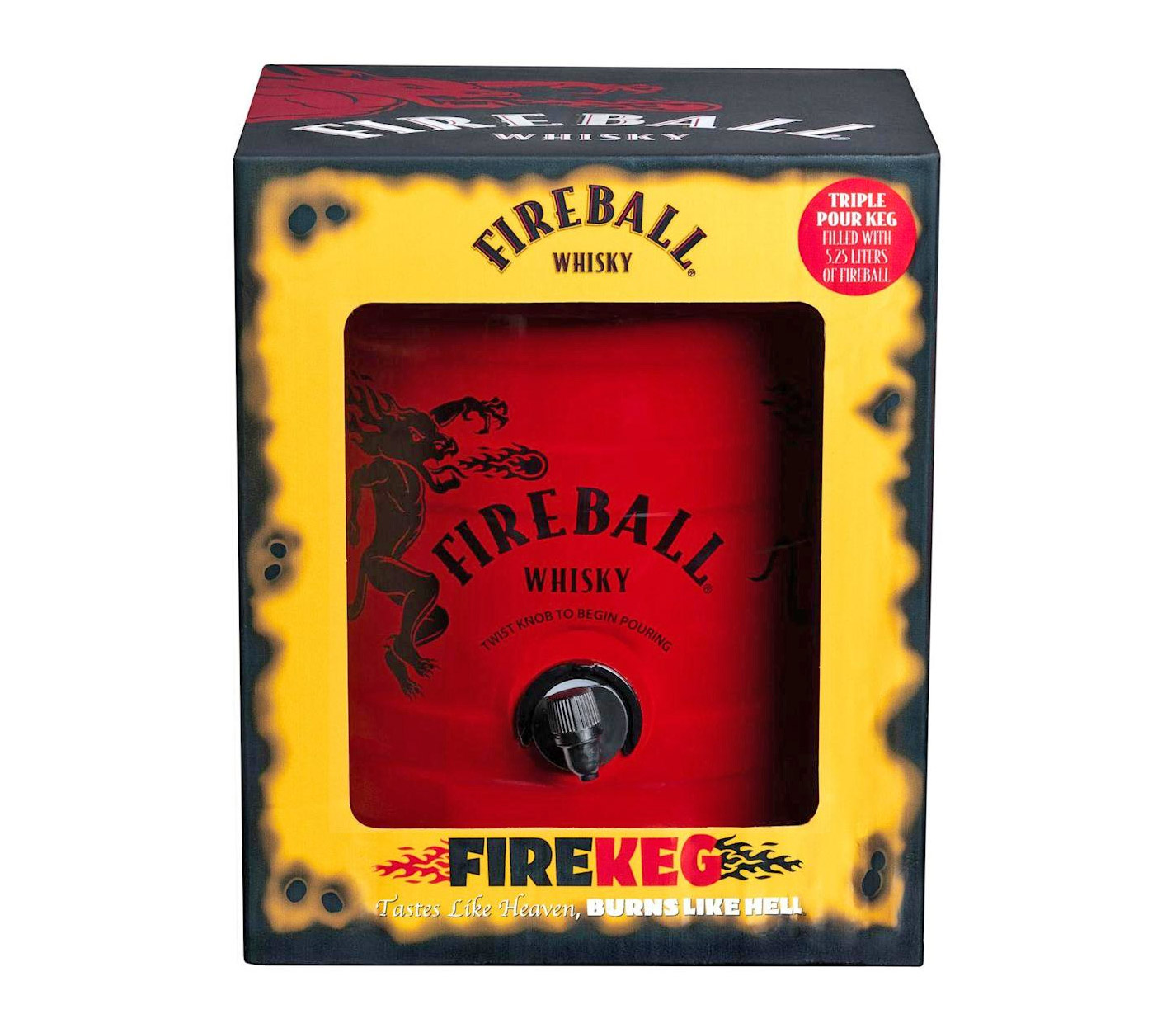 The FireKeg has three separate spouts for awkward cinnamon keg stands and a sleek red design that would look just lovely next to your parents’ Christmas tree.

The Fireball devil mascot is on the mini fireball keg too, with the infamous and accurate slogan “Tastes like heaven, burns like hell” printed across the top of the keg.

I can’t imagine an easier way to light up (and black out) a party than hauling this bad boy out. Fireball is only for the most refined palates, so I can imagine some of your friends might turn away in disgust. That just means there’s more cinnamon goodness for you!

The vice president of marketing at Fireball (whose offices I can assume are at the bottom of a volcano) had the following, pun-filled statement:  “"Fireball fans always know how to ignite the party and keep it going. The limited-edition FireKeg will amp it up in a way only Fireball can .. Fireball Friday, Tailgating, any occasion really–grab one while they’re hot! Just remember to ignite responsibly."

Why hasn’t anyone told me about Fireball Friday?? These spicy red kegs are selling at the retail price of $75 (so like, less than a buck per shot) but that could vary depending on your location.

The Fireball kegs are only available for a limited time, so make sure you snag one quick! Maybe avoid the throngs of rabid Fireball fans by calling your neighborhood liquor store in advance. You can also buy the FireKeg online at various online liquor sale websites. For instance, this one called FineCask is selling the mini fireball keg for around $75 bucks!

Check out the FireKeg mini Fireball Keg in action via the video below!