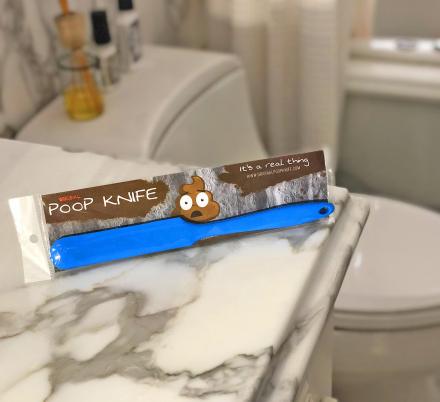 We all have those poos after we've had some Chipotle or Benihana's, where our excrement becomes so gelatinous that there's just no real of getting it down the toilet with out some sort of personal intervening. Sure you could use a kitchen knife to slice your poo in half in order to flush it down the pipes, but why dirty a kitchen tool in such a way when there's a designated tool out there to get the job done. It's called the Poop Knife, and it's specifically made for slicing your discharge in half for a proper flush.

Made with a strong metal core that's surrounded with hygienic silicone for easy slicing and cleaning ,the poop knife will allow you to be a samurai to your poo-poo platter. Whether it's just a gag gift for someone you know who's a large pooper, or a gift for someone to actually use to slice their turds, the poop knife is made for both a laugh and to solve real world problems. 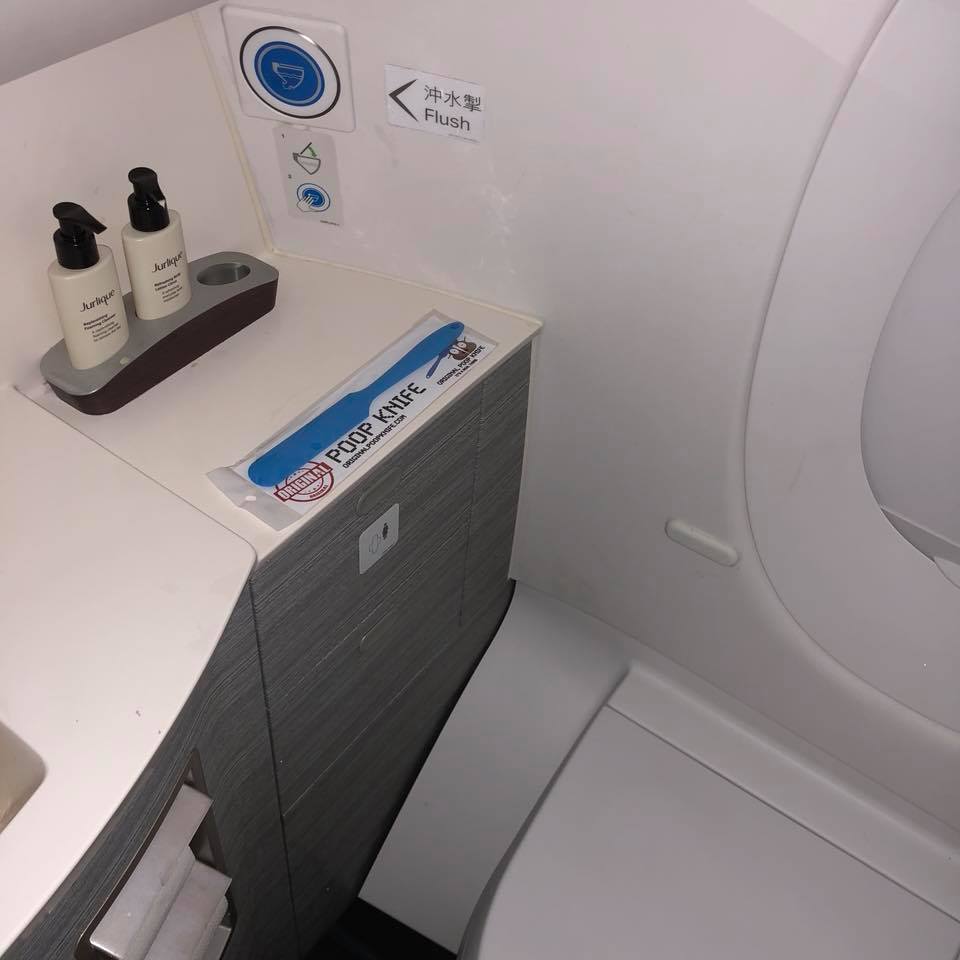 The poop knife is especially useful in smaller toilets like those on an airplane while traveling.

The poop knife measures 9.8 inches long, and has a handle on one end, and a soft blade on the other end of it for slicing your dung. Just be sure not to confuse which side is which before using. They to state that the poop knife is long enough to keep your hand clear of all danger in a standard depth toilet. 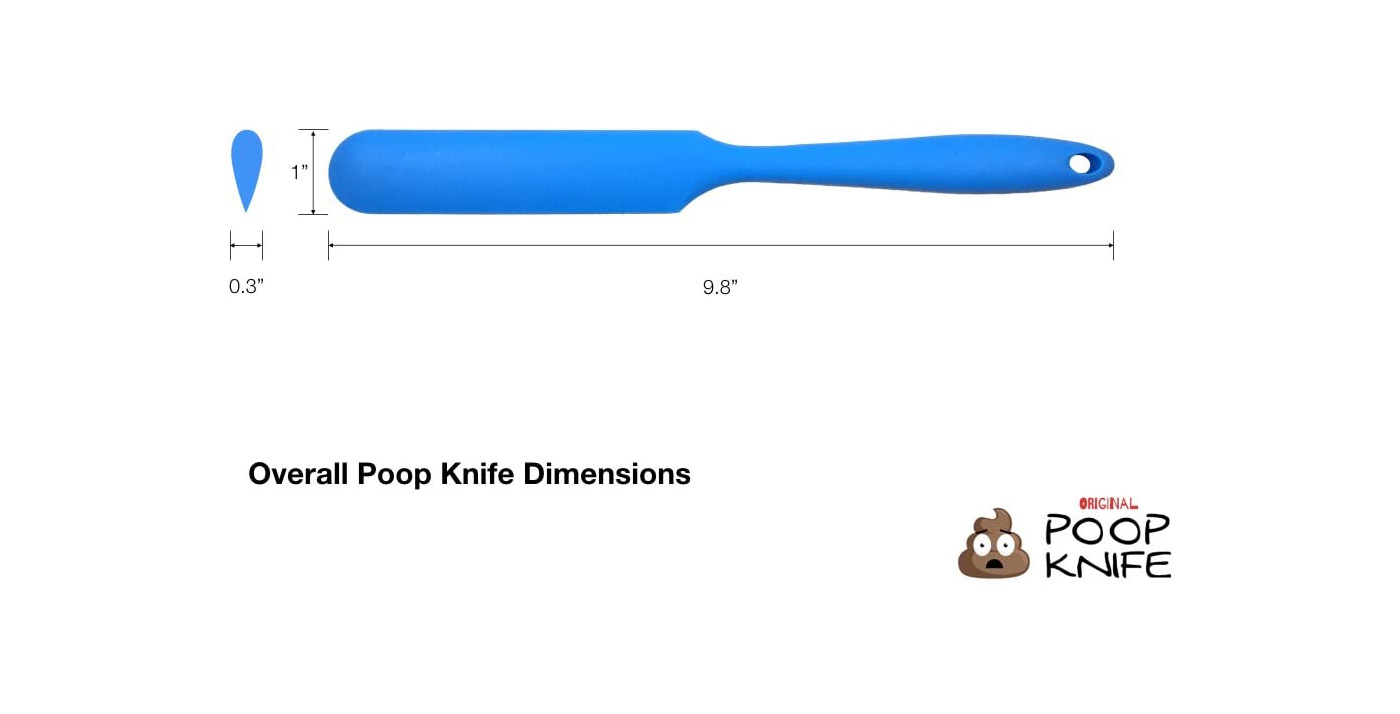 On the packaging of the poop knife it reads:

Original poop knife will chop the most compacted of brownies, the most seasoned of sausages, the hardwood of butt logs, the longest of sewer snakes, the most ferocious of bog crocodiles, and the fattest of heaved Havanas.

"Never to be mistaken for a box opener again, this poop knife is one of a kind. Made from metal reinforced silicone, it is strong hygienic, and easy to clean. Guaranteed not to turn into a rusty punji stick. Be a samurai of the porcelain poo poo platter." 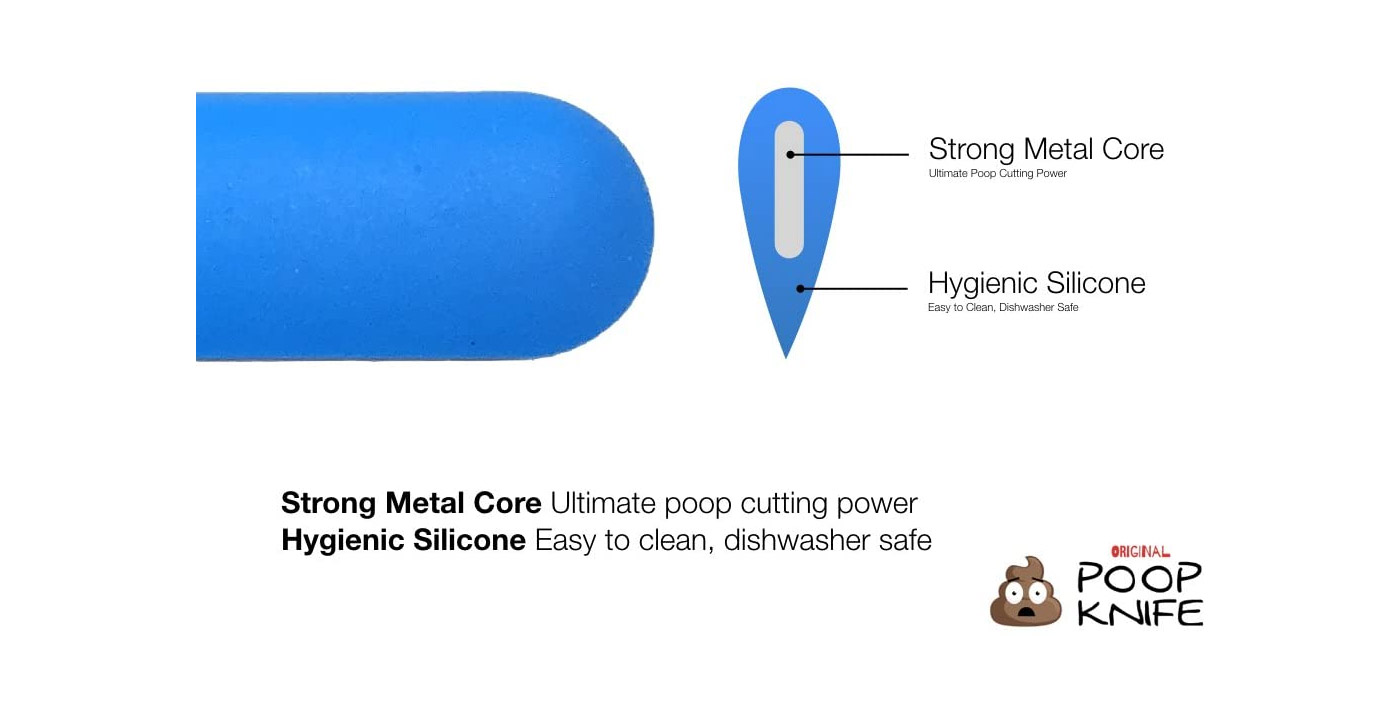 It's always a great idea to have a poop knife by the toilet for guests to use after serving them thick meals. 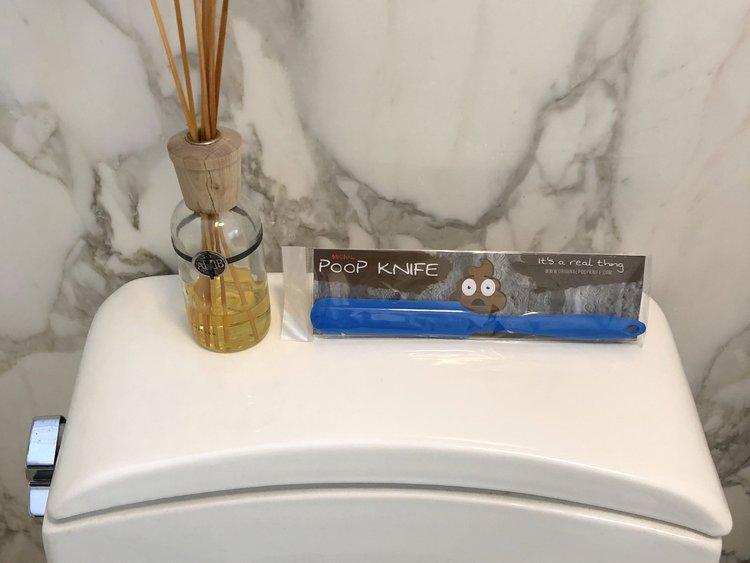 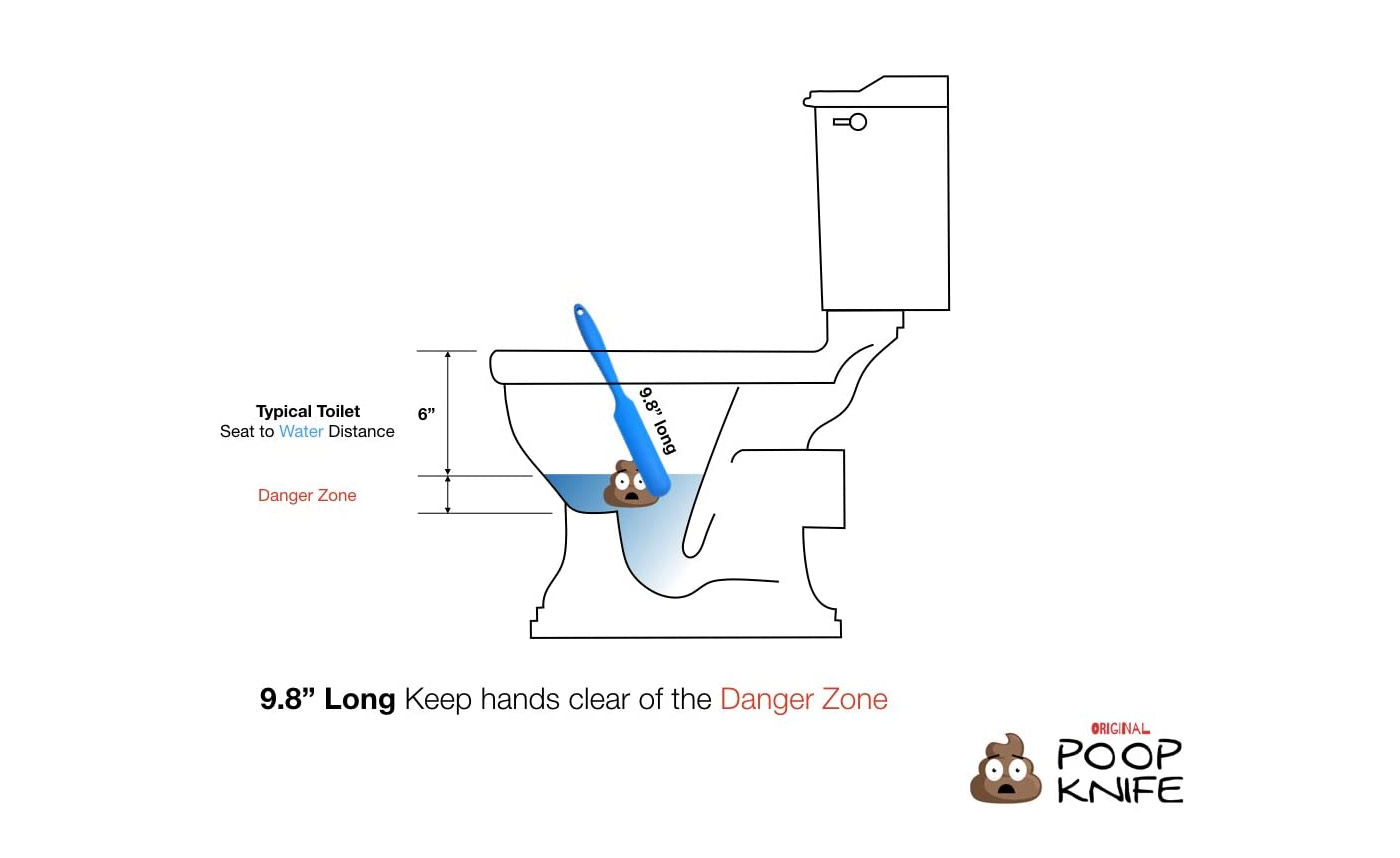 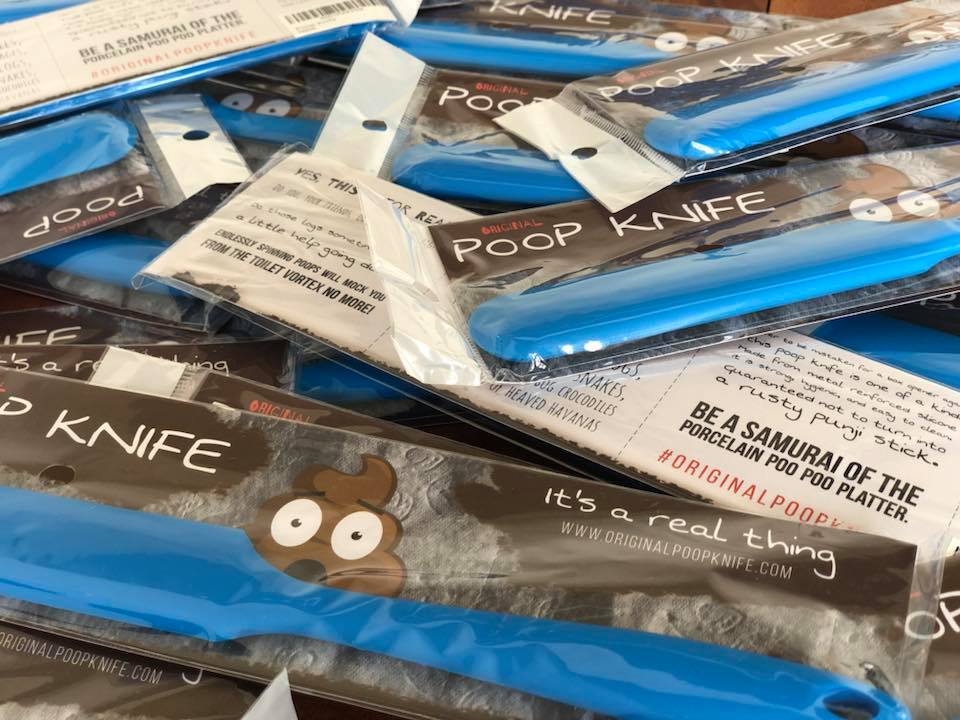 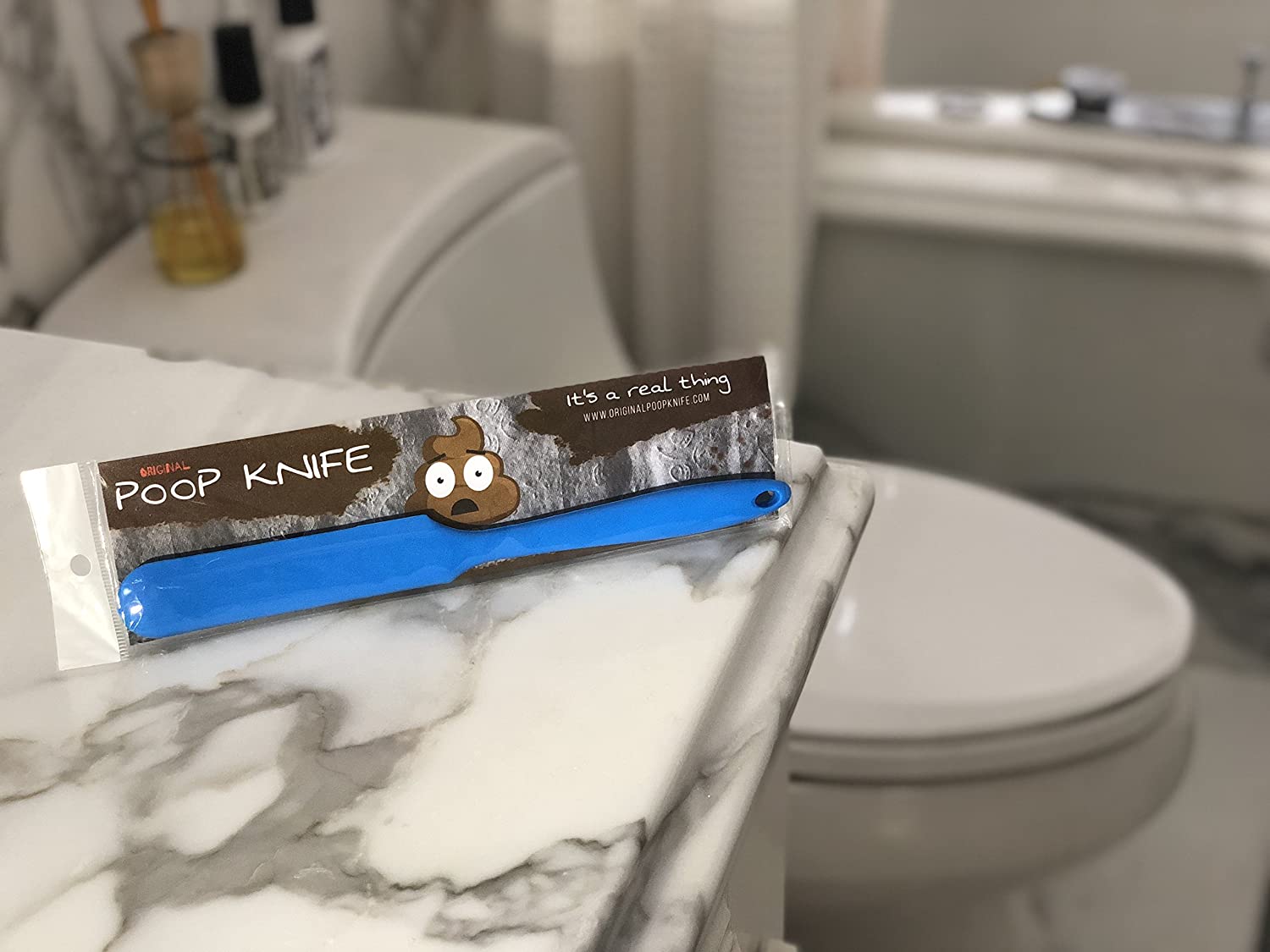 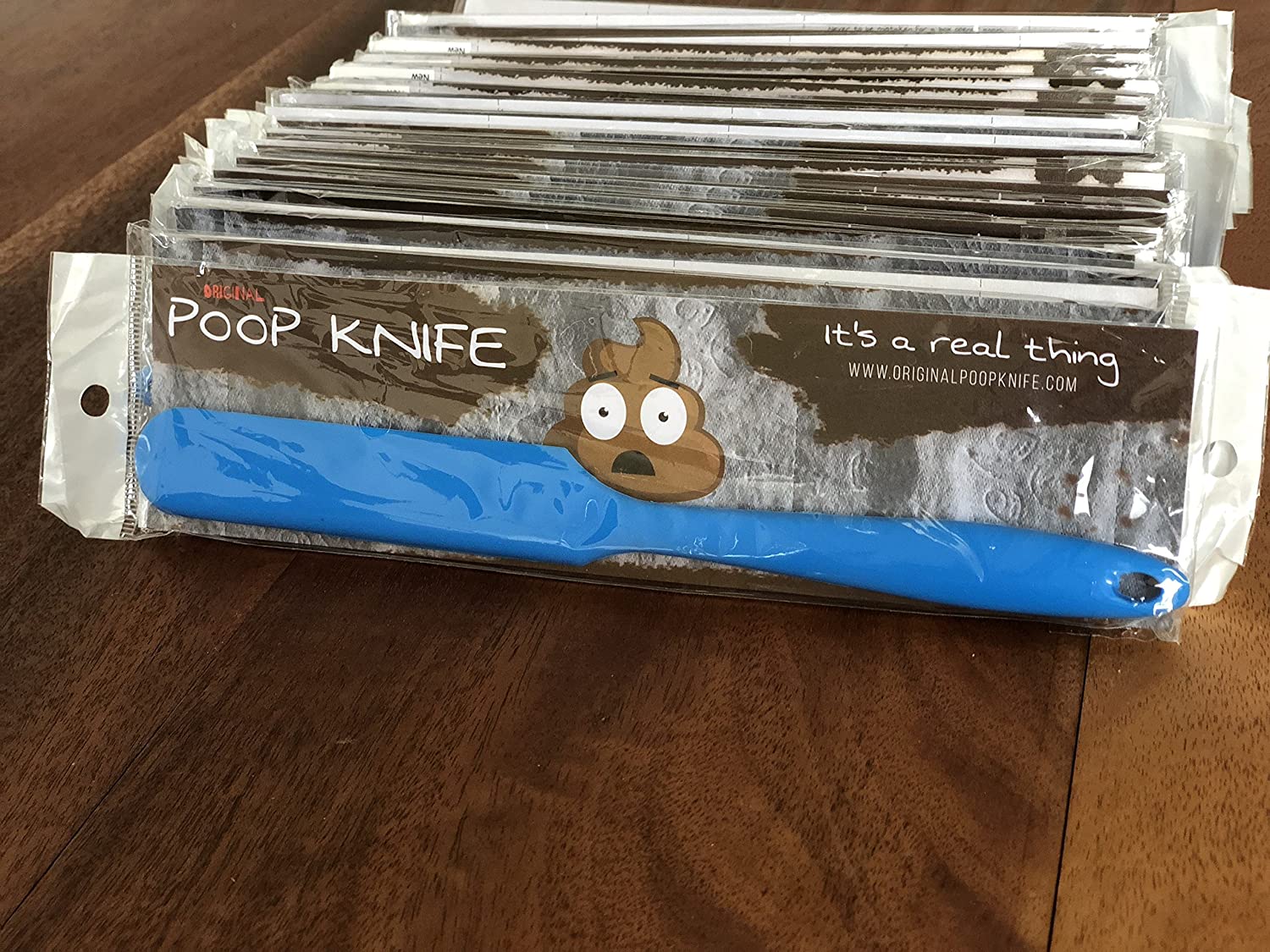 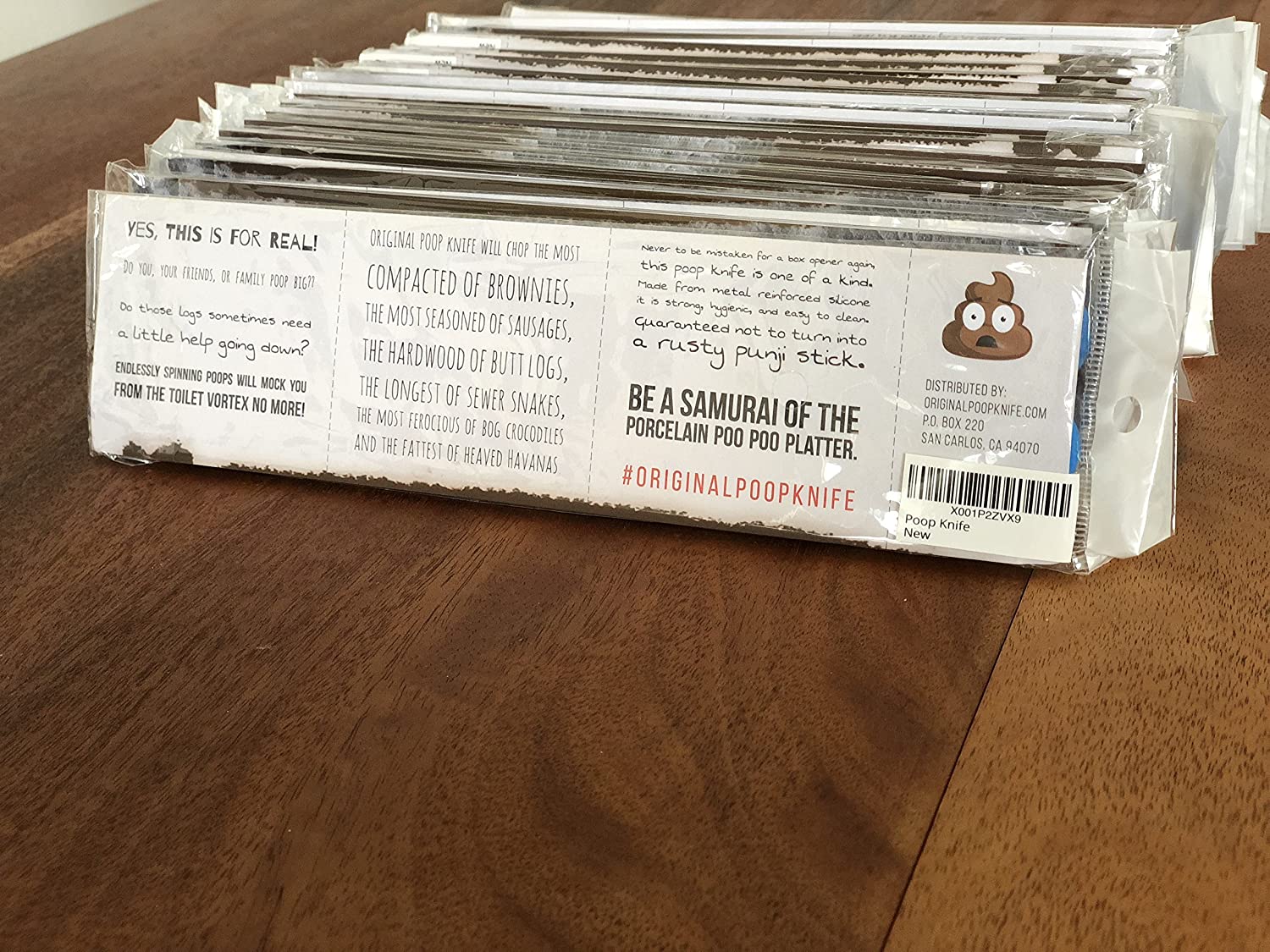