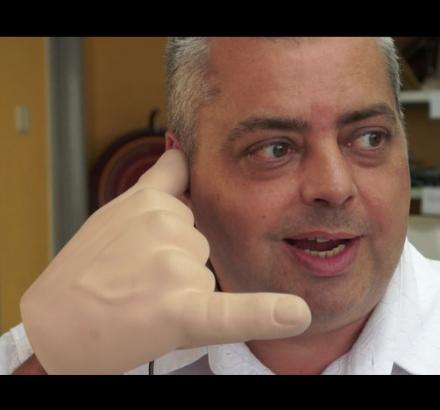 The giant hand phone headset is basically a giant hand with it's pinky and thumb sticking out that you can use as a headset for your phone which has a purpose that is yet to be determined. Simply plug the cord into your phone, and stick your hand into the giant hand glove thing, and start talking using your giant pinky as your microphone and your giant thumb as the ear piece. Currently in a funding phase on Kickstarter which looks like it's going nowhere fast, unless you do something about it, the HandiHeadSet although a unique and awesome idea that would be cool to use once, is unfortunately most likely destined for failure as it (currently) has only 9 days left on it's campaign with only $390 raised of it's $33,500 goal.

The giant hand headset is compatible with iPhone and Android phones or your laptop using an adaptor and is sure to make your phone answering duties much more hilarious and cumbersome than they should be, although that's not to say we don't want one. Check out the giant hand headset in action via the video below, and click here to reserve yours. 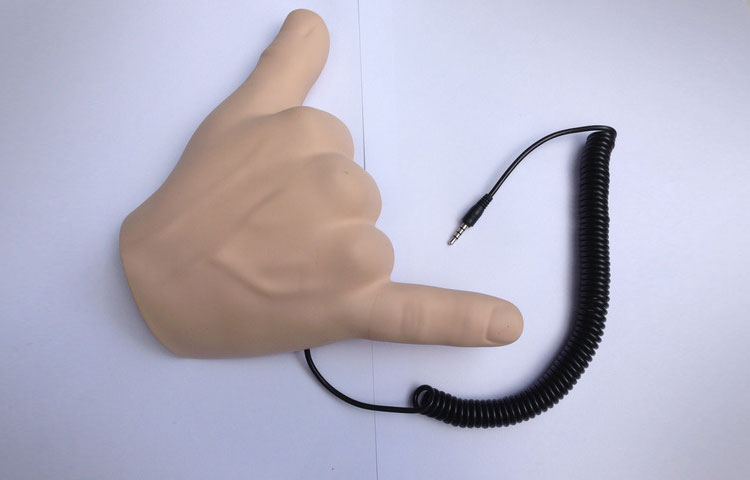 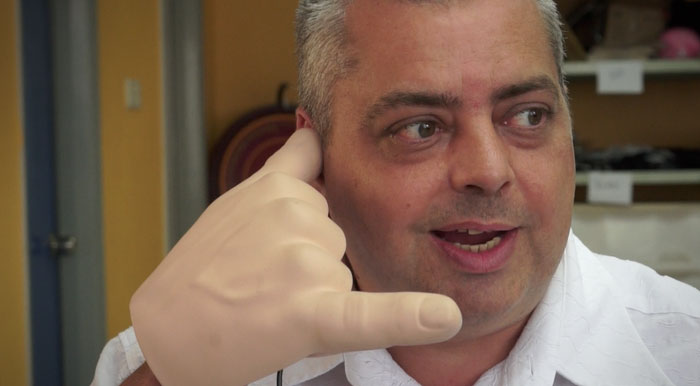 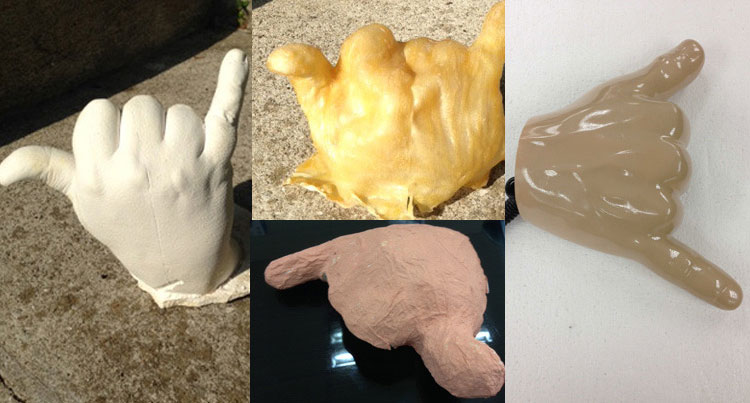