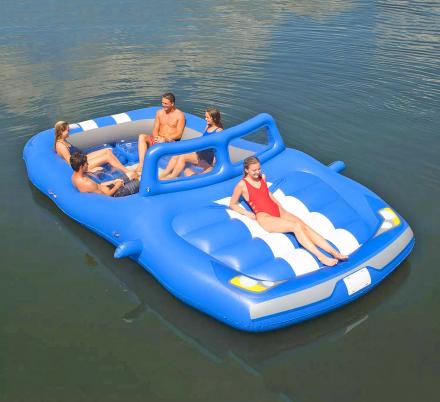 There's really nothing better than hanging out on a lake on a giant float with all of your friends or family. You may recall the giant 7-person lake float party island, the giant unicorn lake float, or perhaps the life-size speed boat lake float. This new giant lake float is made to look just like a giant convertible car. You can hang out in the seating area of the car, or lie down on the hood of the car for some sun-tanning!

It's called the Member's Mark Convertible Island Float, and it says the giant car shaped float can fit just 6 adults, but chances are you could probably fit closer to 10 people spread around through the seating area of the and the hood of the car. 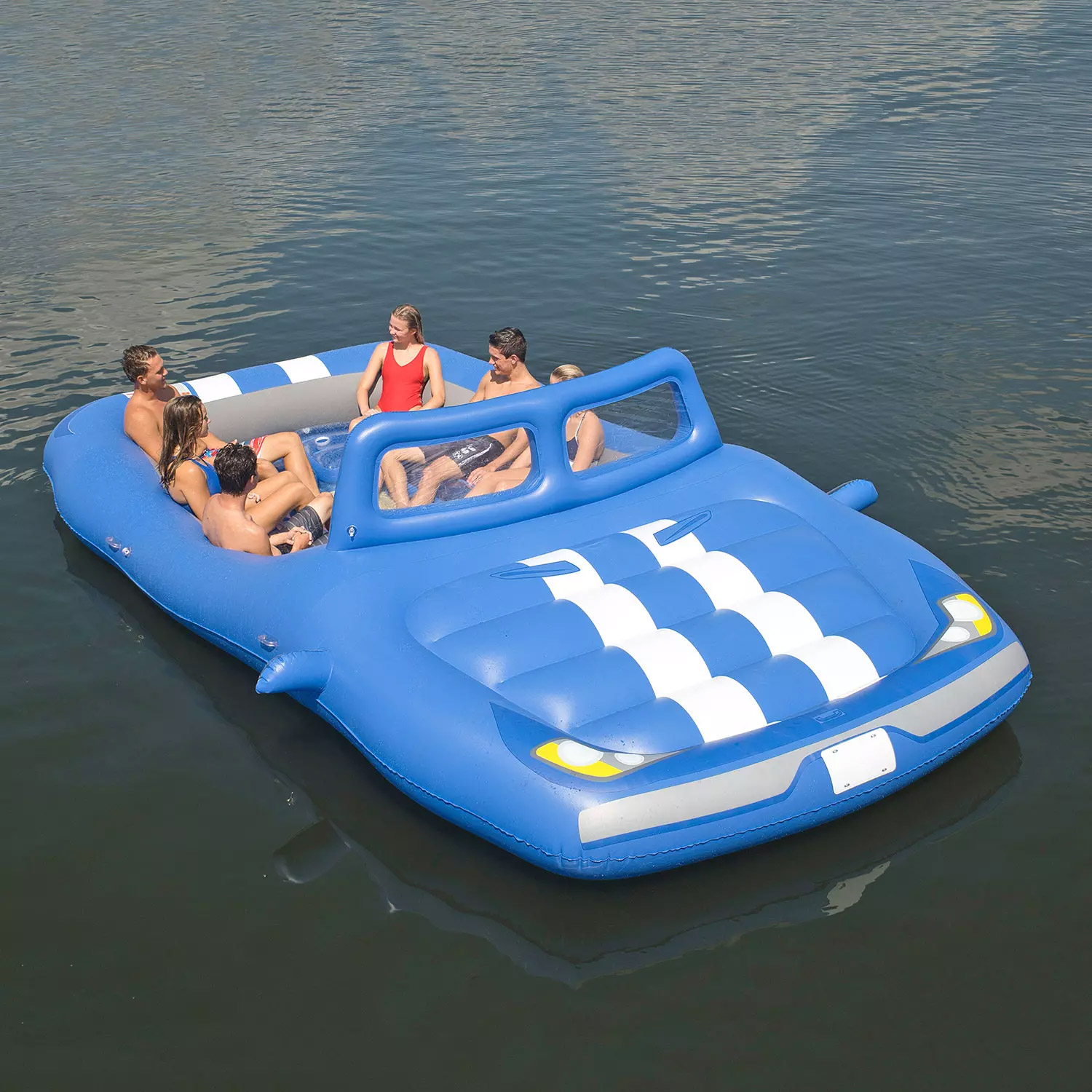 The rear of the convertible shaped lake float contains a boarding platform that helps you get in and out of the float, along with handles along the outside of the car to further assist you from getting in. The handles also allow you to just hang onto the edge of the float while swimming in the lake. 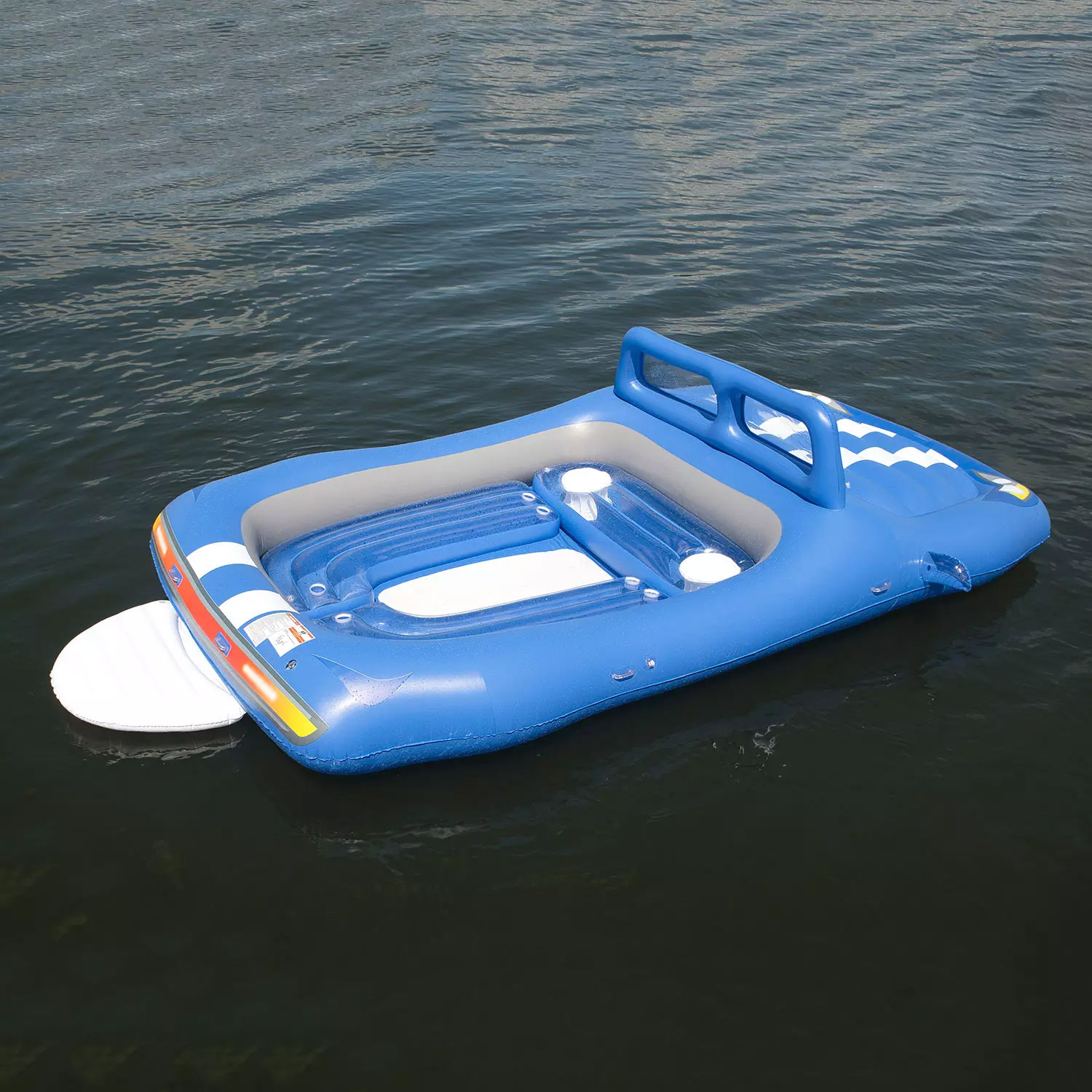 The seating area in the convertible has a net bottom so that while sitting down everyone can dip their toes into the water to keep cool. Toward the front of the seating area is two built-in coolers where you can stick your beverages and some to have nicely chilled drinks while hanging out with friends or family on the lake float. 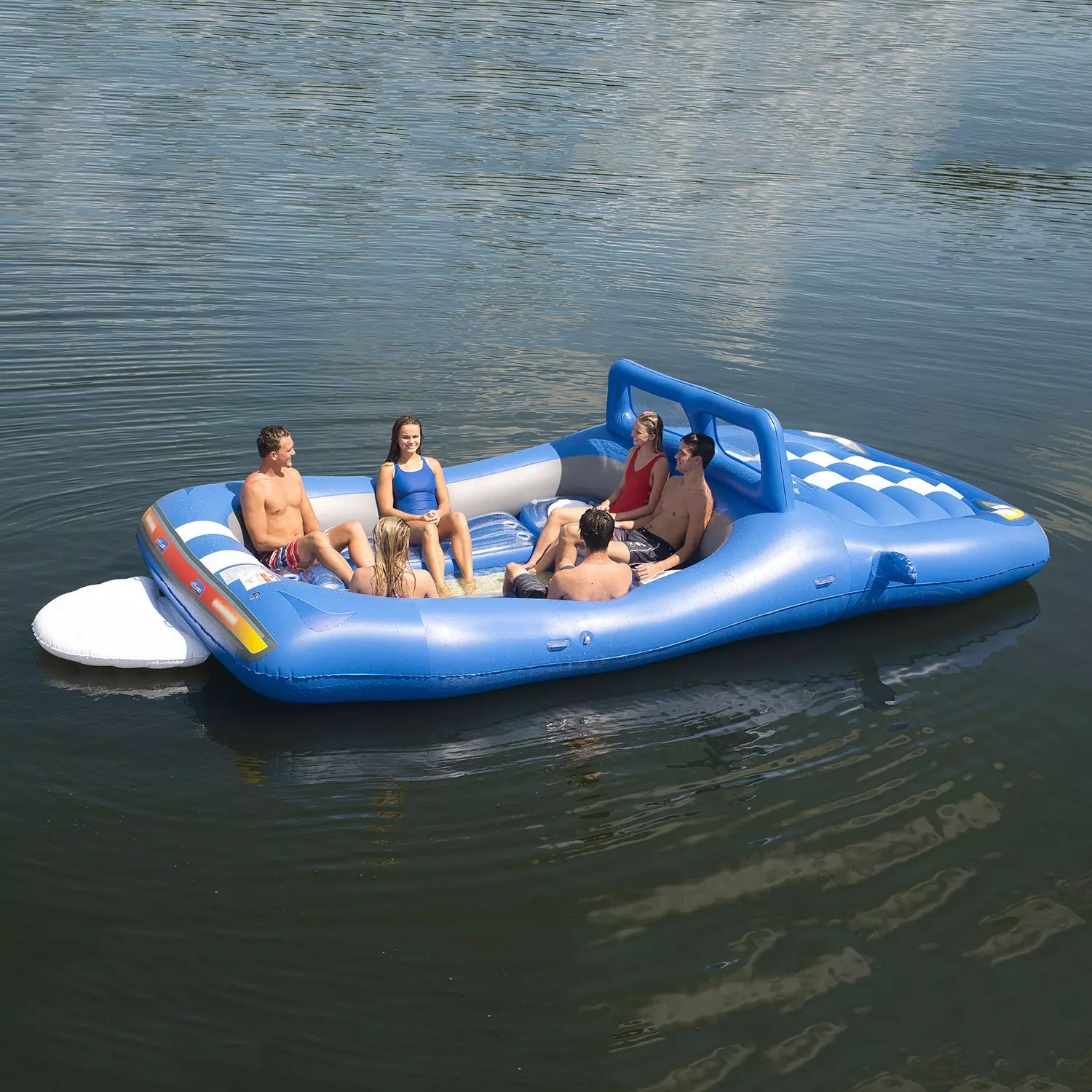 What would a giant lake float be without a place to set down your drinks?! That's why the giant convertible lake float is filled with 6 cupholders. Could it use about a half dozen more cupholders? Probably, but six is better than none. Chances are you could find a few nooks and crannies to set down a few extra drinks. 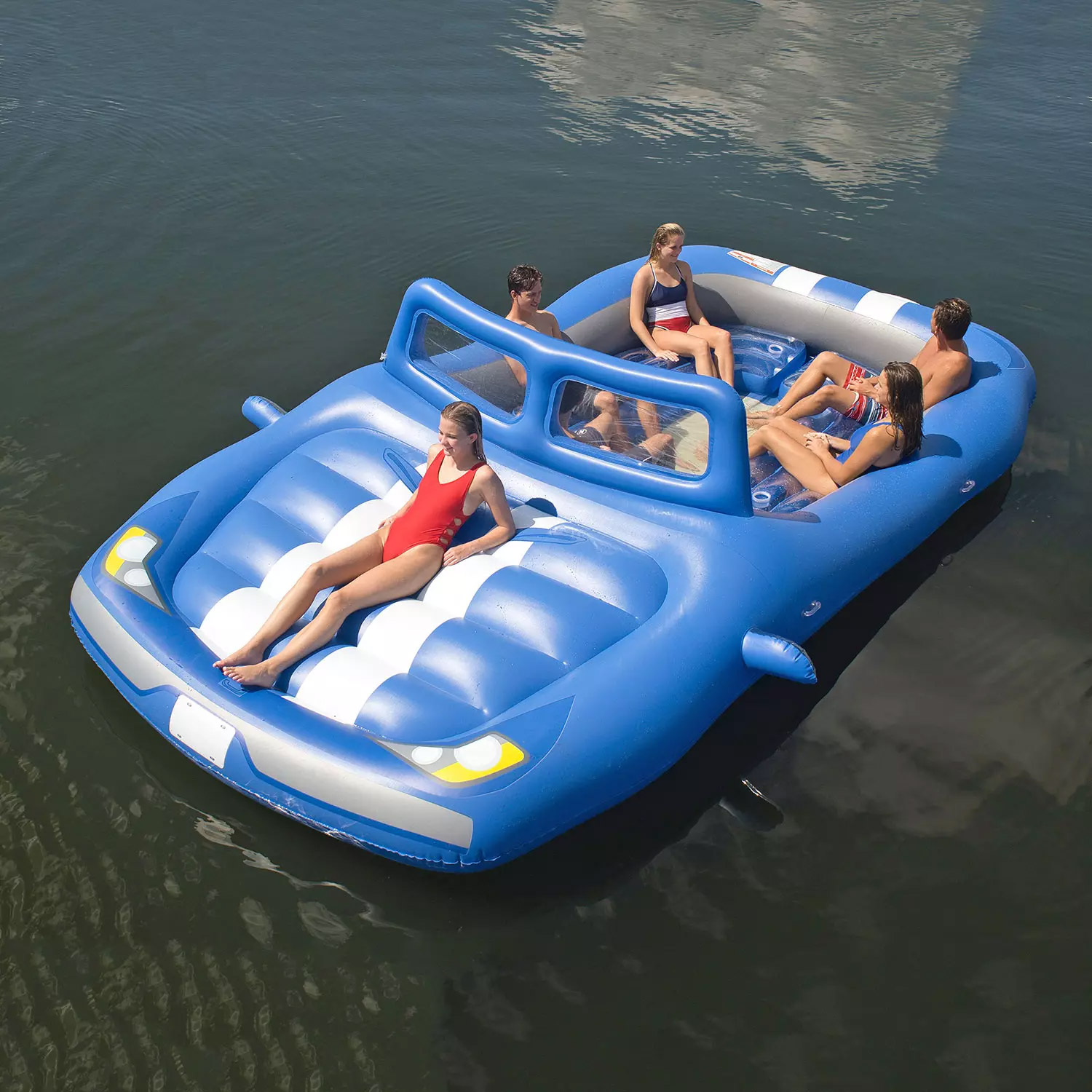 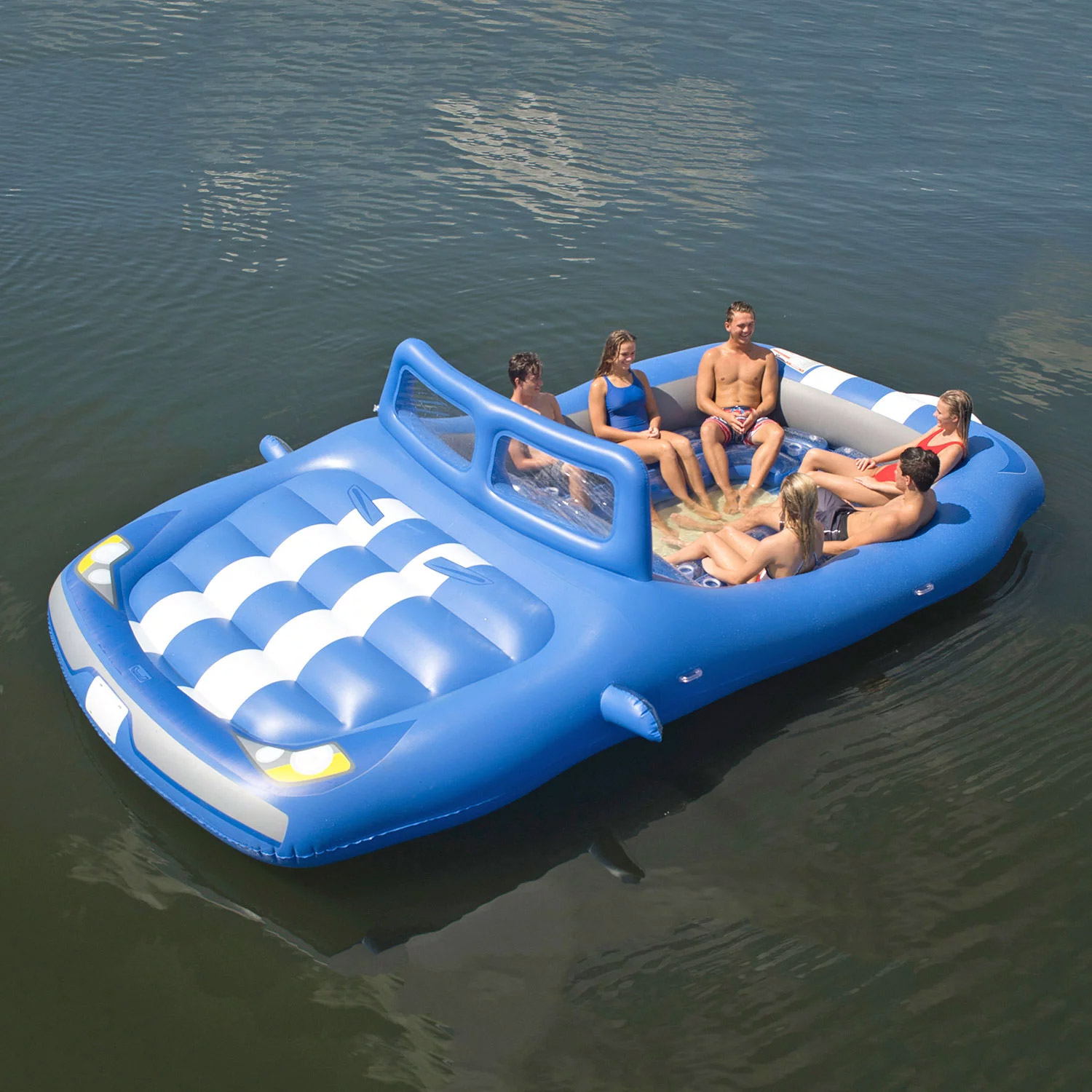 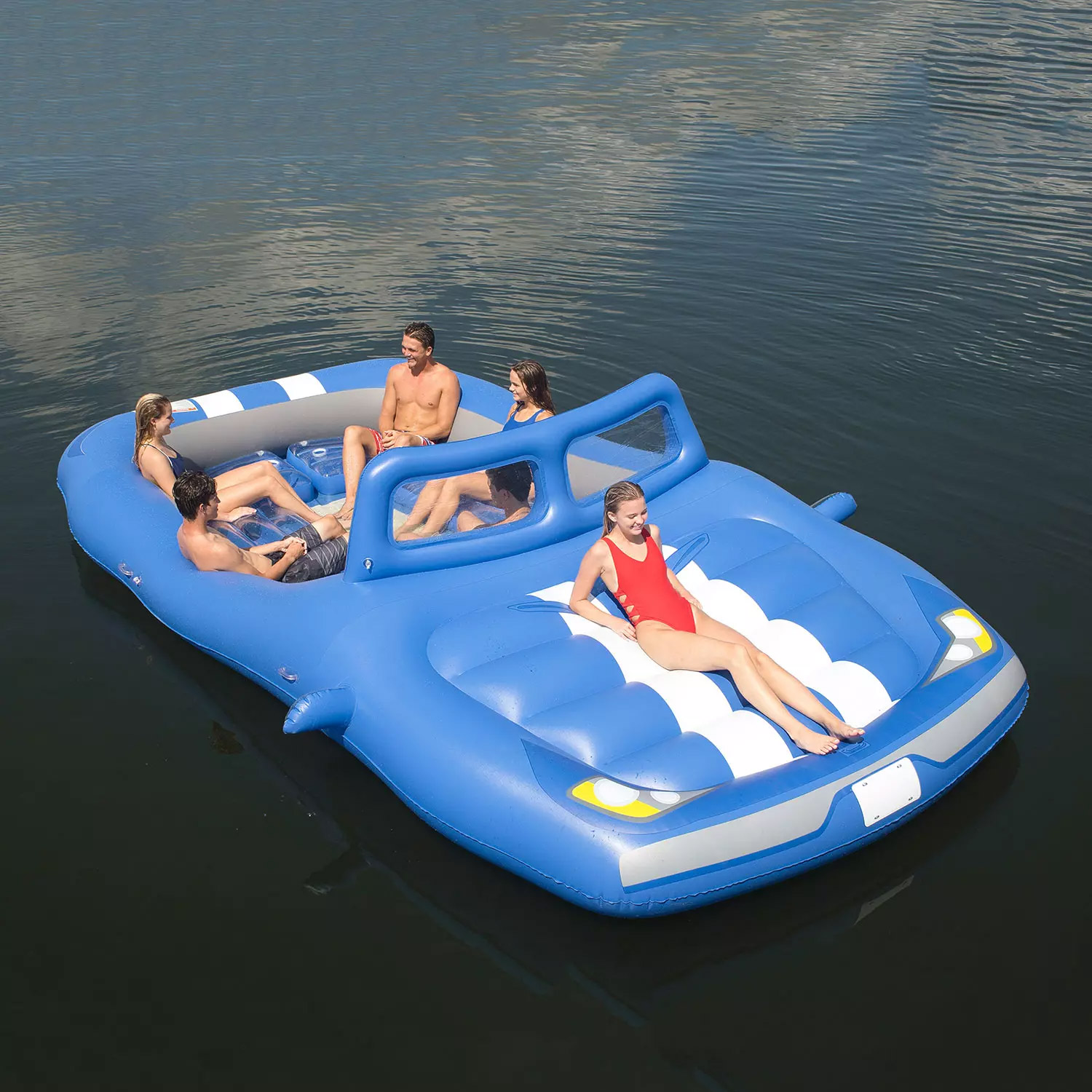 The giant car float is made from Heavy-gauge PVC that'll last for years, plus it uses a speedy inflation and deflation quick release safety valve! 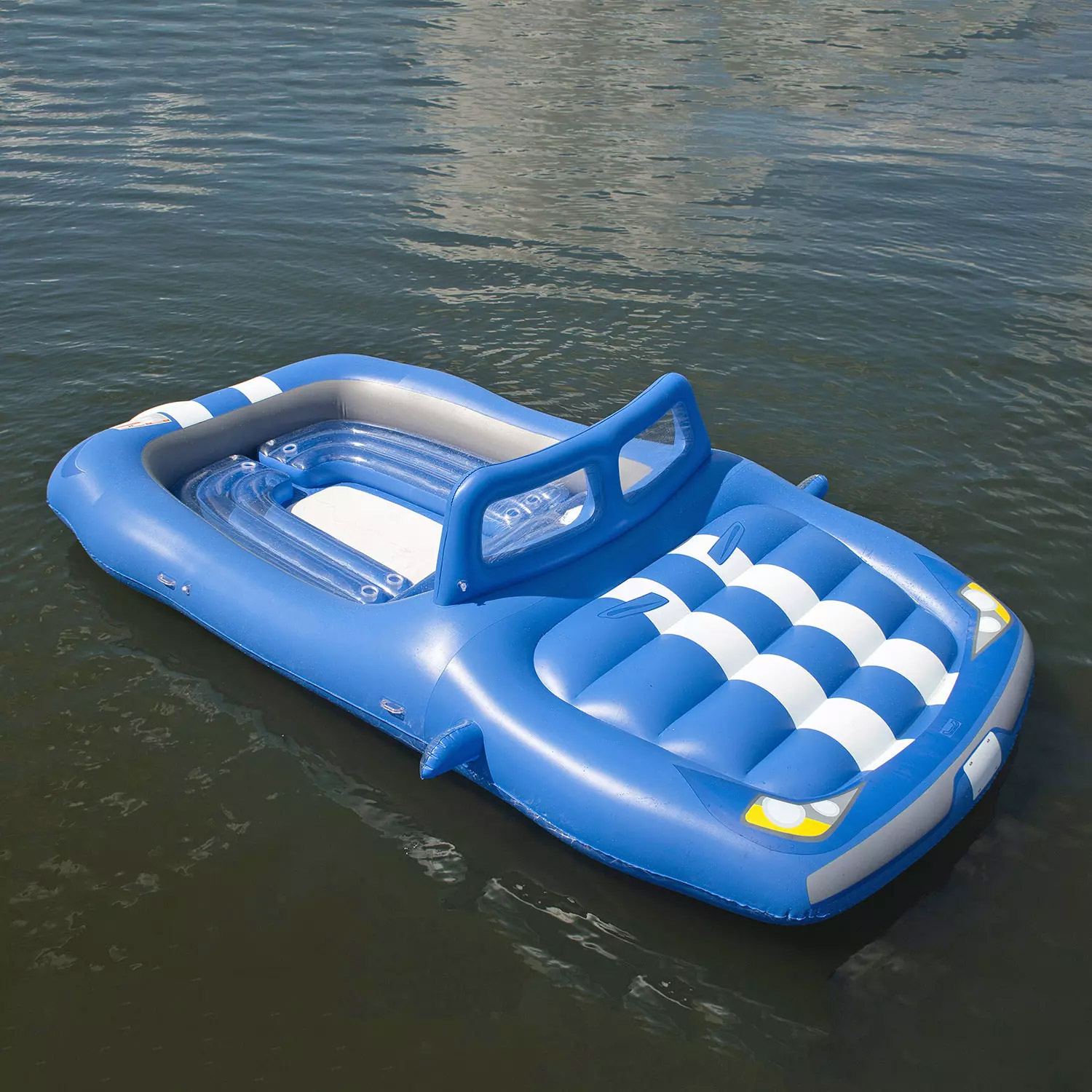 They state that the convertible car lake float can fit 6 adults, but it sure looks like it could fit closer to 10-12 people! It's also recommended for kids aged 14 and up! 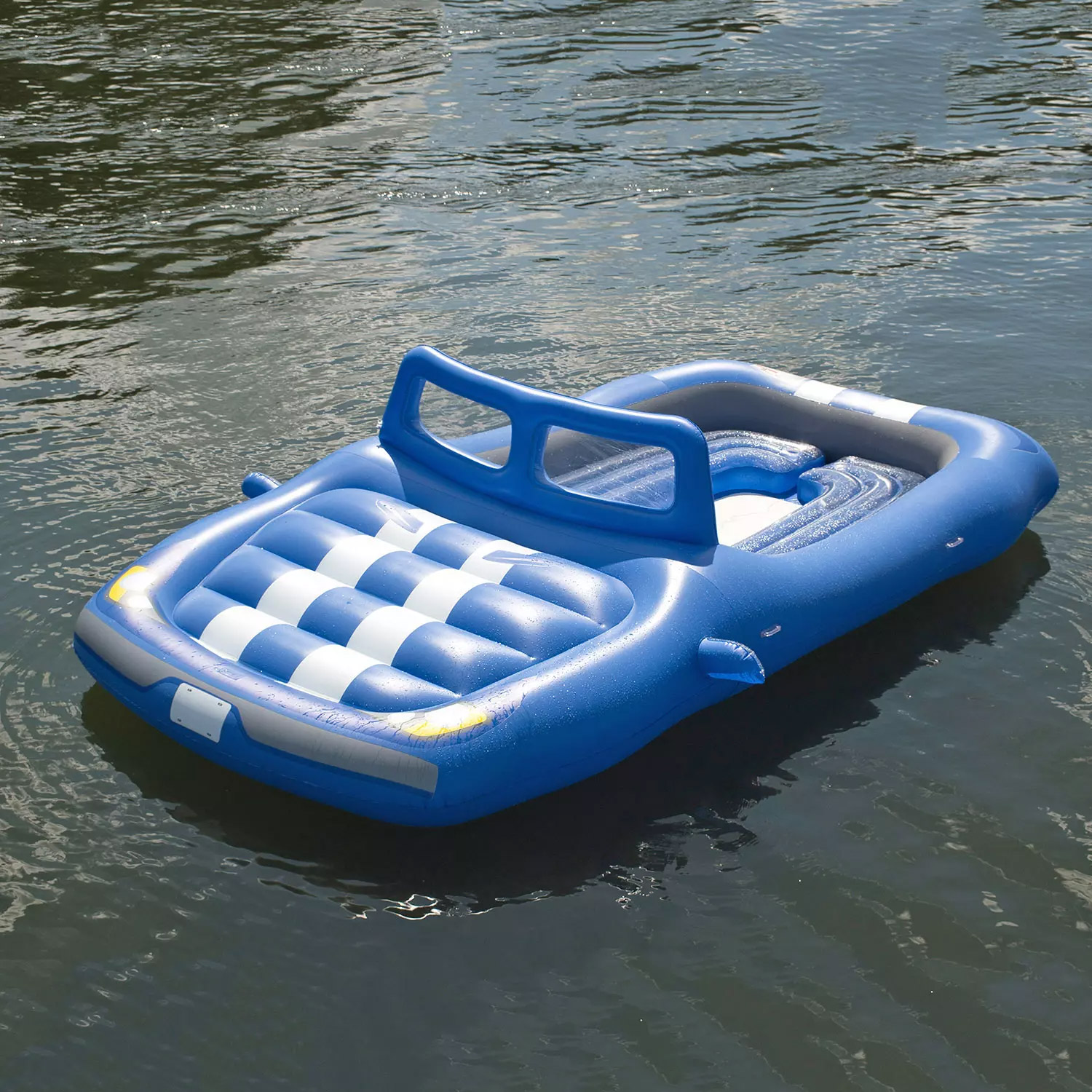 The life-size convertible car lake float comes in three different colors to choose from, including blue, red, and pink! 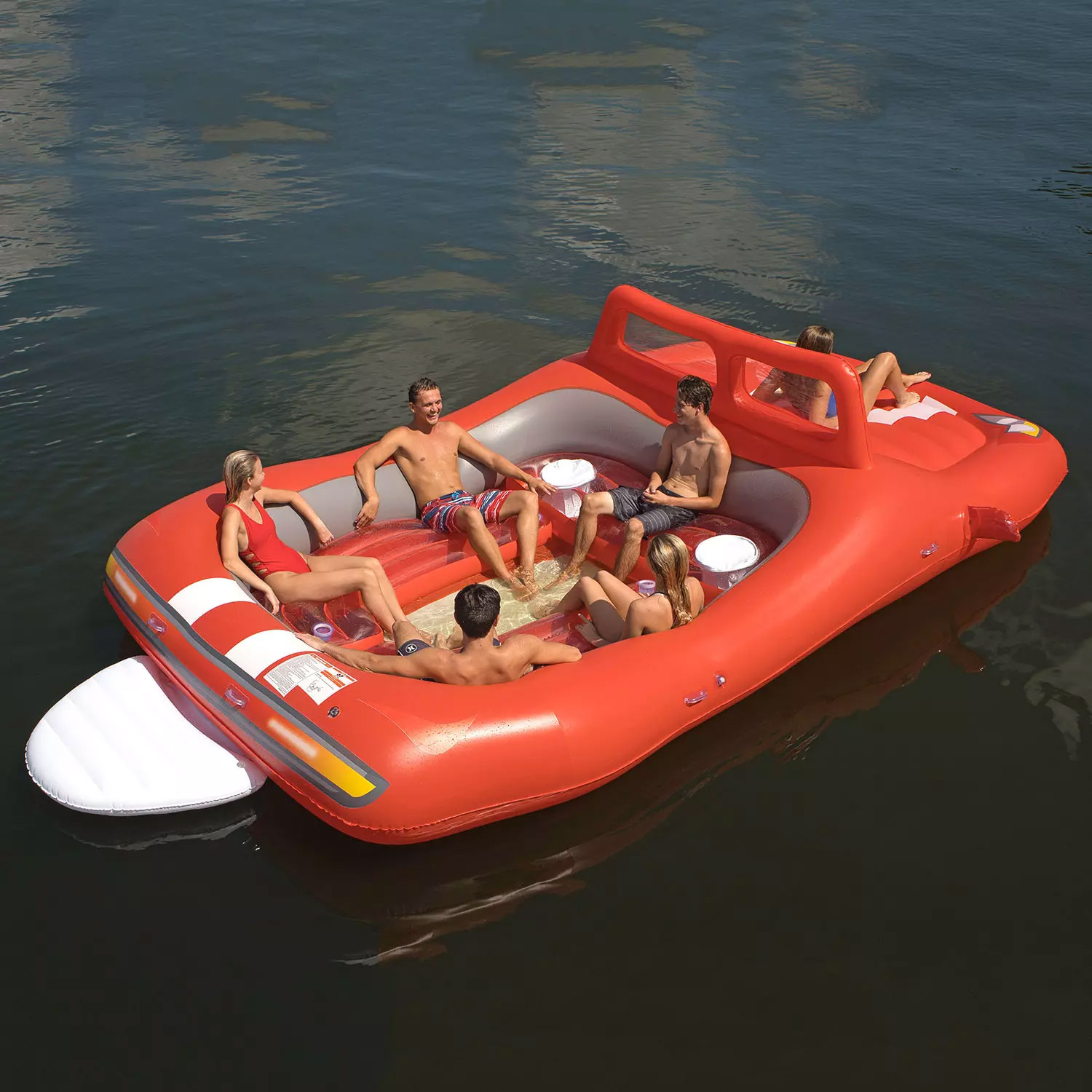 The pink version of the car float looks more like a classic/vintage car from the 50s, and has even more seating on the trunk area of the car! 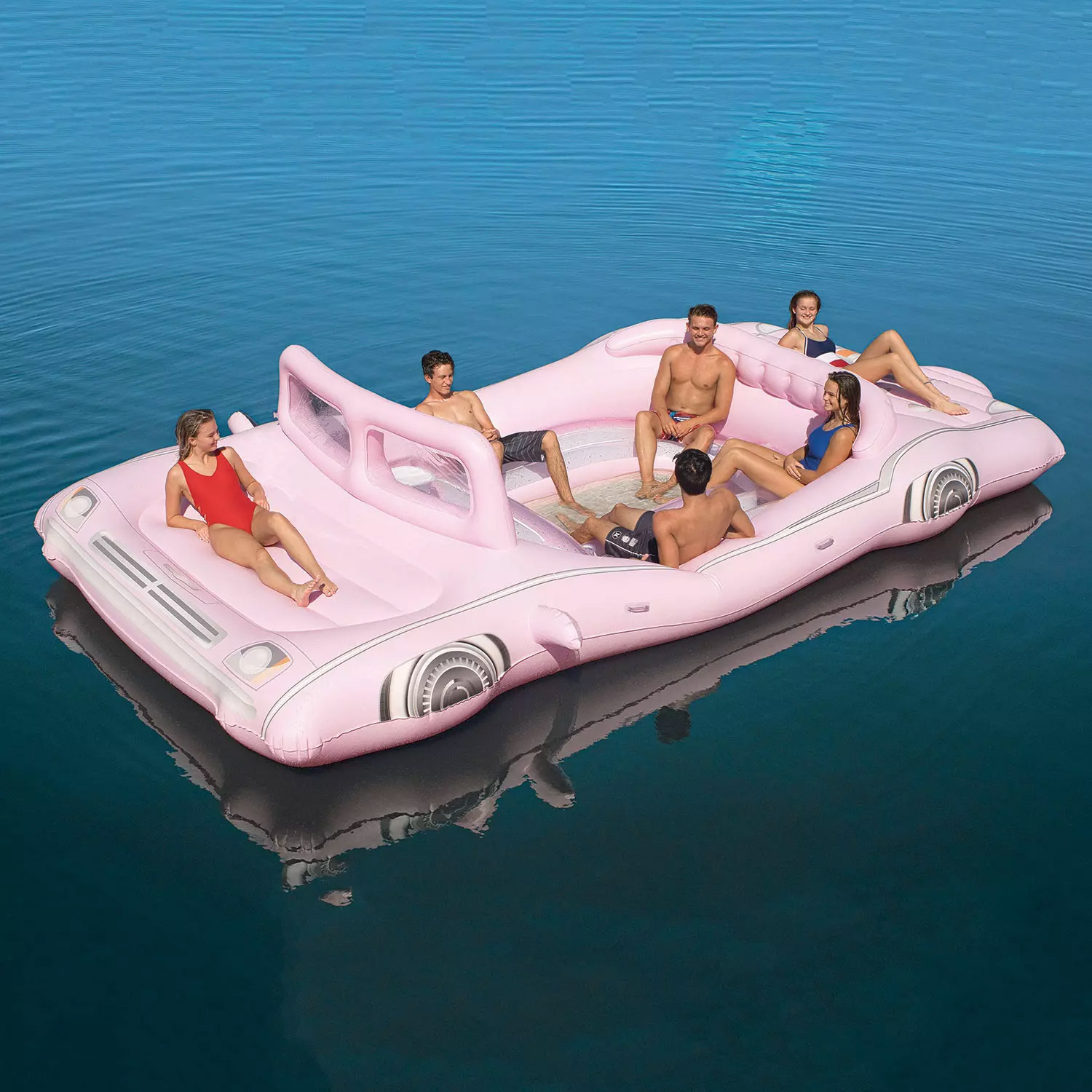 Each car float has 2 drink coolers and 6 total cupholders! 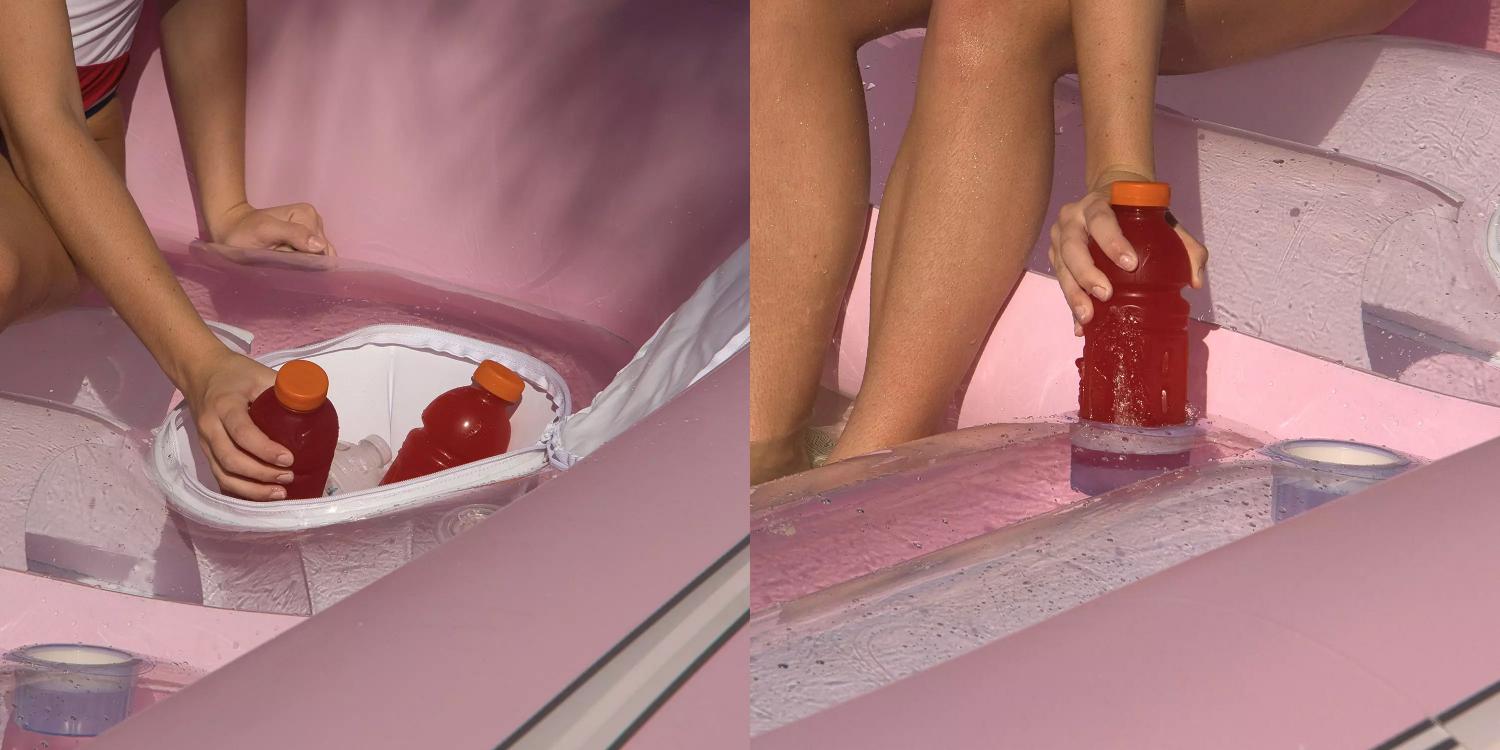 The giant car float is perfect for people who frequent the lake or happen to have a cabin on a lake! 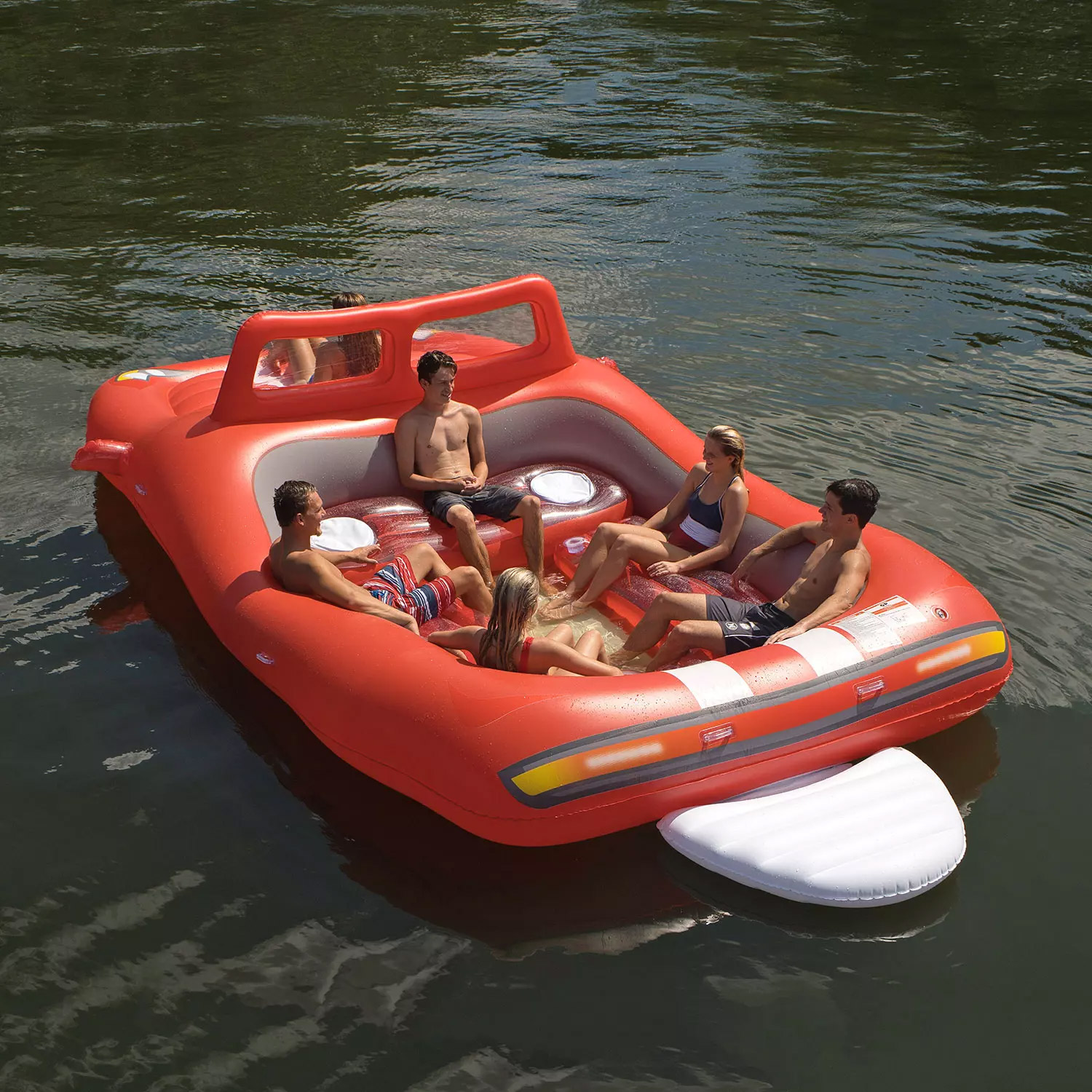 Yes, the convertible car lake float even features side view mirrors and an actual giant windshield that separates the passenger area from the hood of the car! 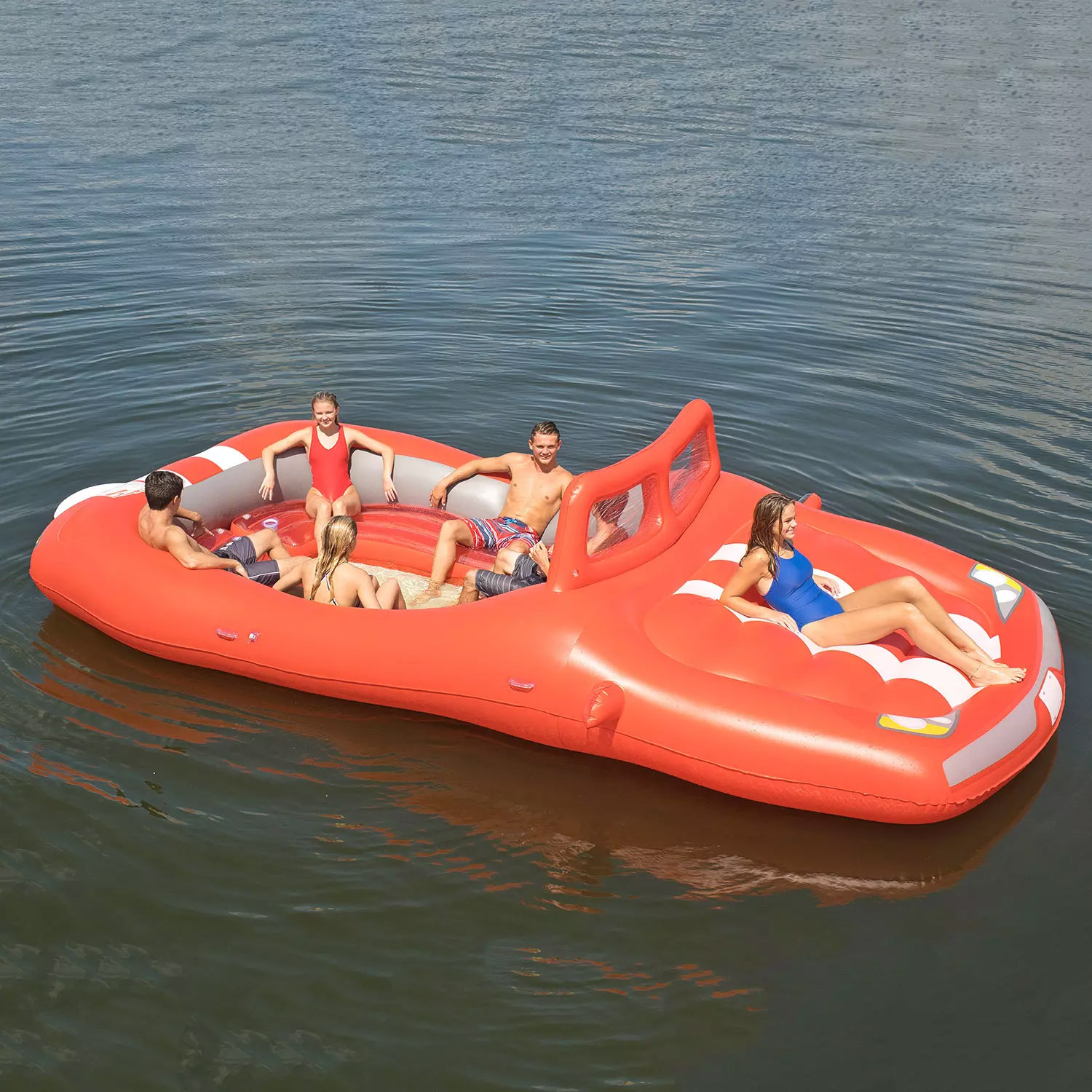 The pink classic car lake float is a perfect gift idea for vintage car lovers who happen to frequent the lake! 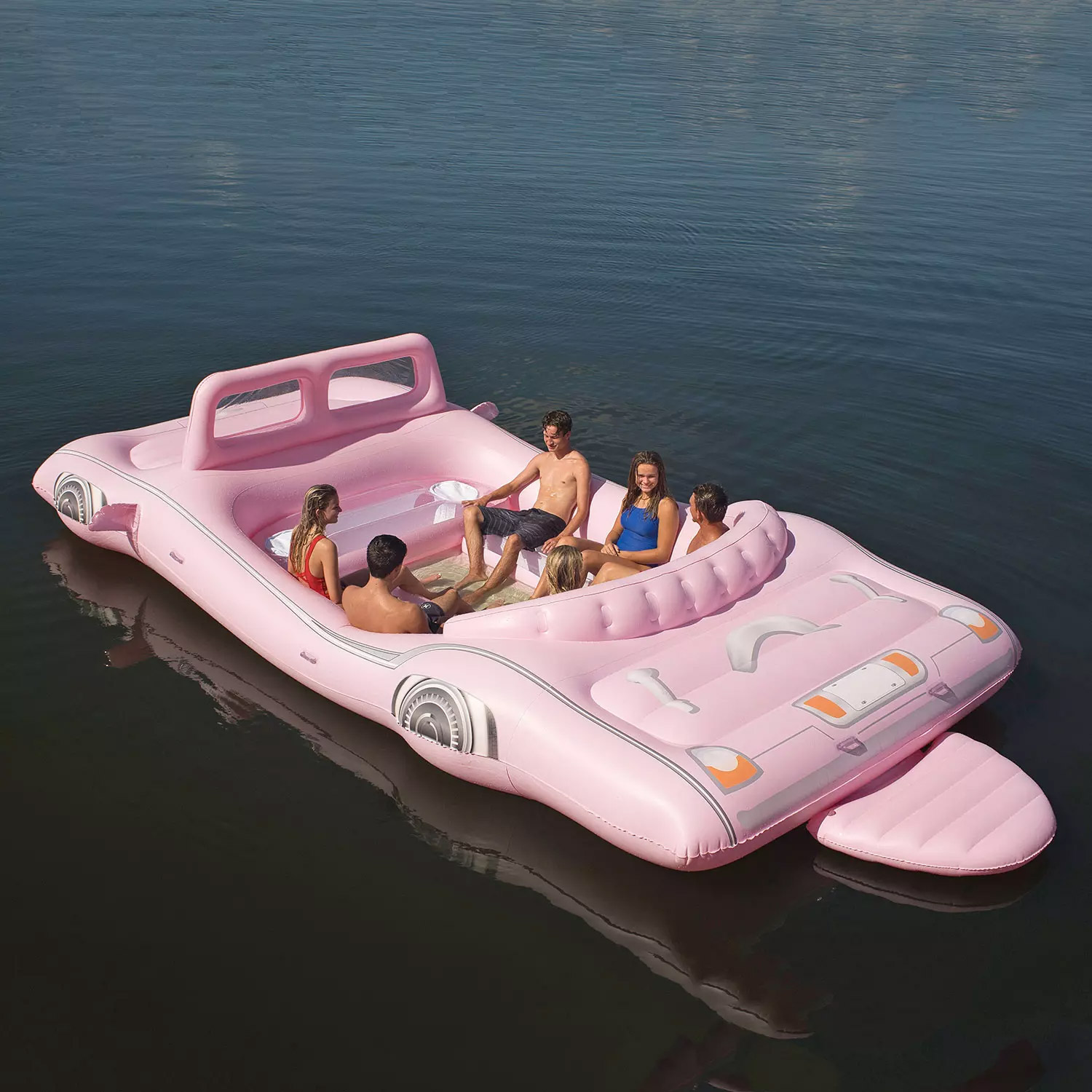