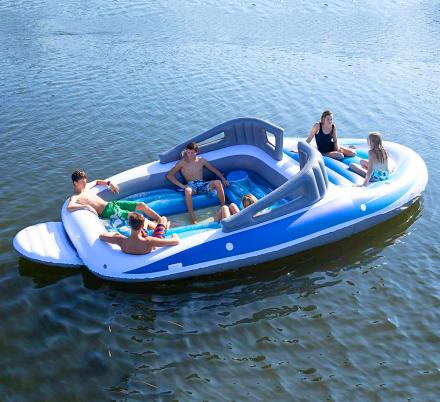 If you're like me, you both lack the money to buy a boat, and you lack the know how to properly maintain a boat. Not to mention, chiseled features required to be a speed boat owner. Luckily, someone has created an inflatable life-size version of a speed boat, that will make it look like you actually own a boat... from afar... 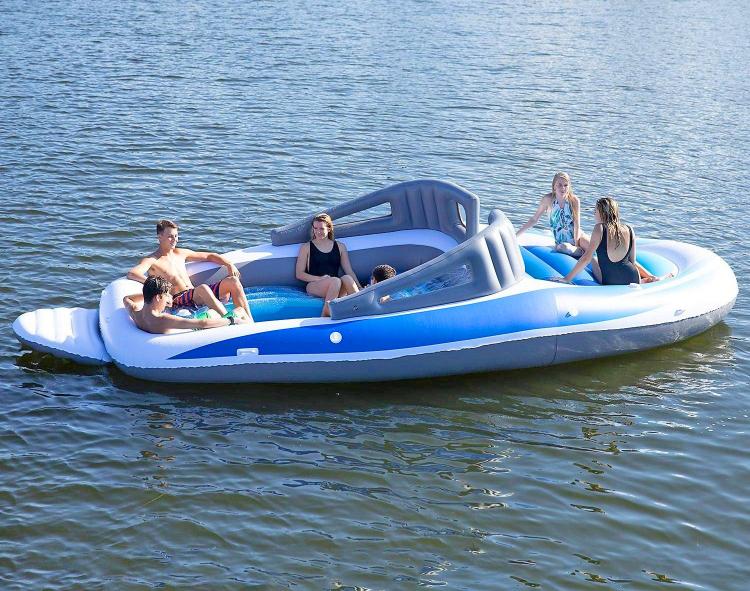 Though they say the inflatable speed boat seats 6, it's pretty clear it can fit more like 8-10 people, and features a large circular seating area in the rear of the boat with an opening in the center for your feet to go in the water. 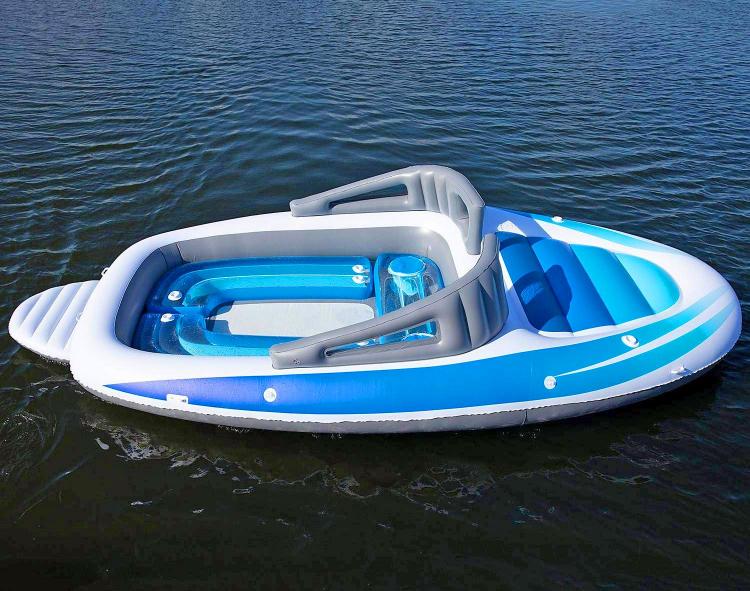 Plus there's additional seating up front for another 2-3 people (just like on a real boat). 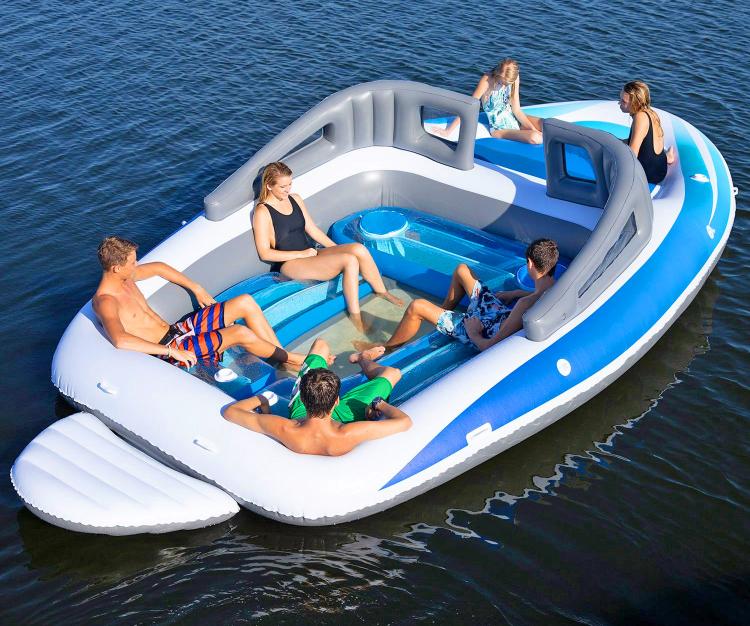 The life-size inflatable speed boat also features a blow-up windshield with openings that make it look like windows, an entrance ramp to help people get in and out of the water, 6 cup holders built-in to the seating, and even a built-in cooler within the seating area to keep your beverages ice cold. 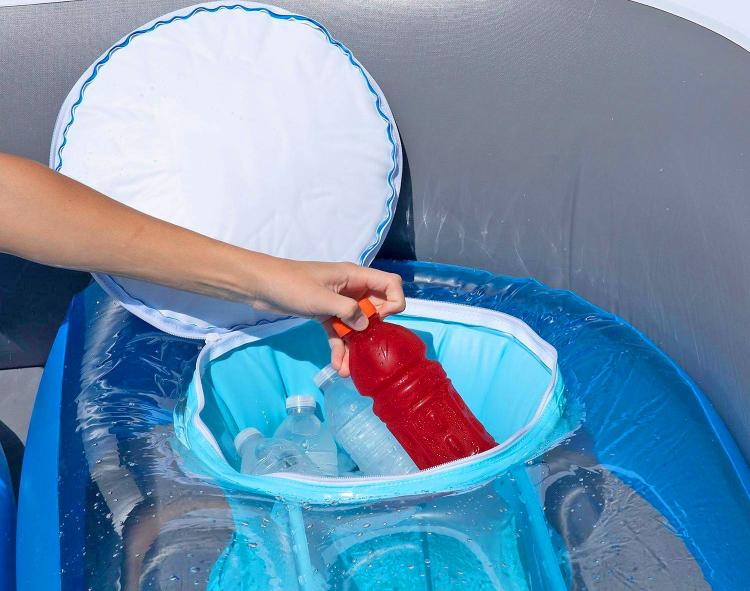 Quite possibly the greatest way to lounge on a lake or a river with 7-9 other people, the giant life-size inflatable speed boat measures about 20 feet long x 10 feet wide x 3 feet tall, and weighs 62 lbs when not inflated. 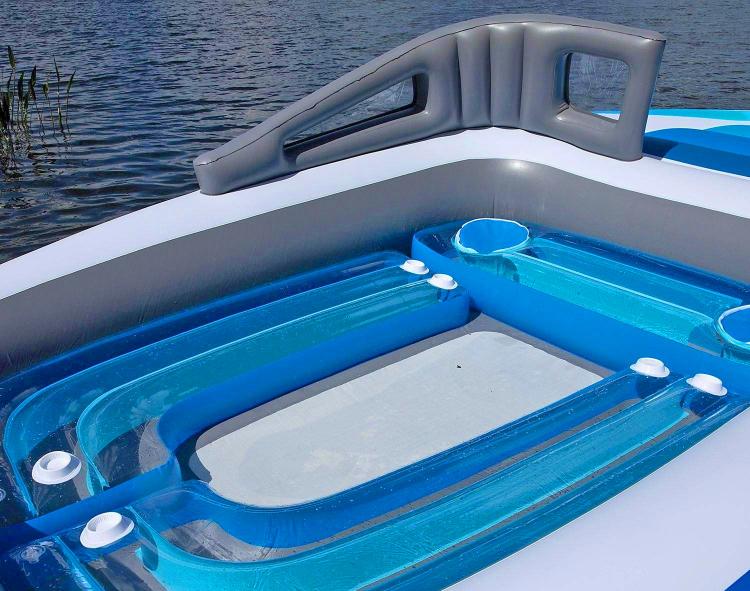 The giant inflatable speed boat has a weight limit of 1,300 lbs, and can be used with oars to move around the water, though it's meant more so to be used with an anchor to just hang out on a lake and look totally awesome doing so. 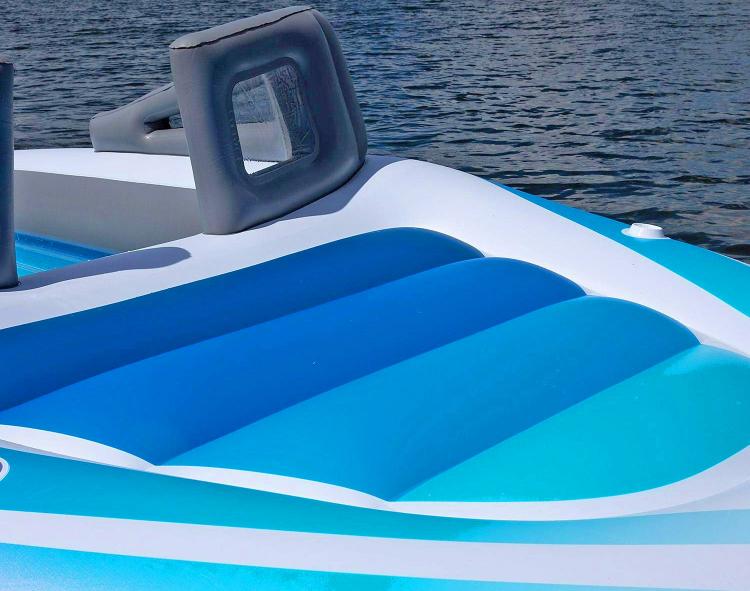 Cupholders are located throughout the inflatable speed boat, so you'll never be left holding your drink! 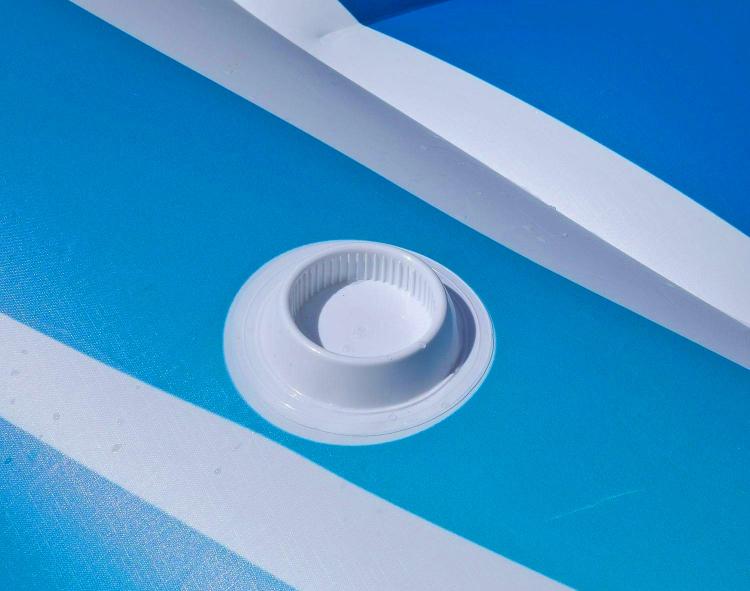 An easy entry/exit on the rear of the boat makes sure you can easily get in and out of the water when you're feeling a little toasty and need a soak! 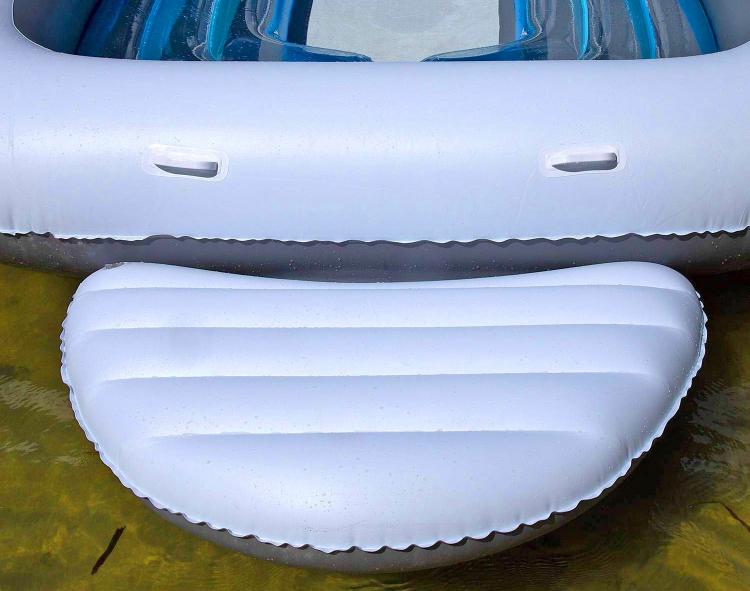 In the middle of the seating are in the rear of the boat is a foot soaking area so your feet can splash in the water and help you feel like you're somewhat in the water! 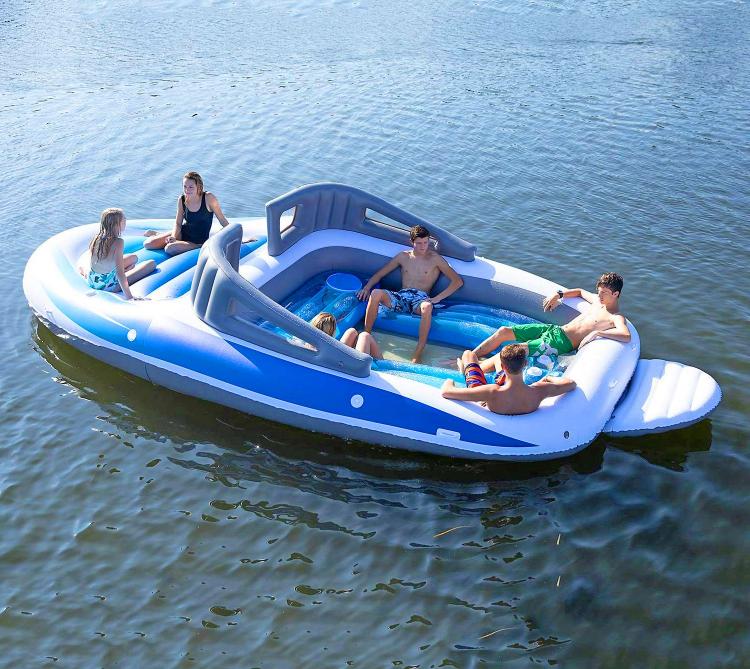 There's also a red and blue version of the inflatable boat float that you can get on Amazon here. 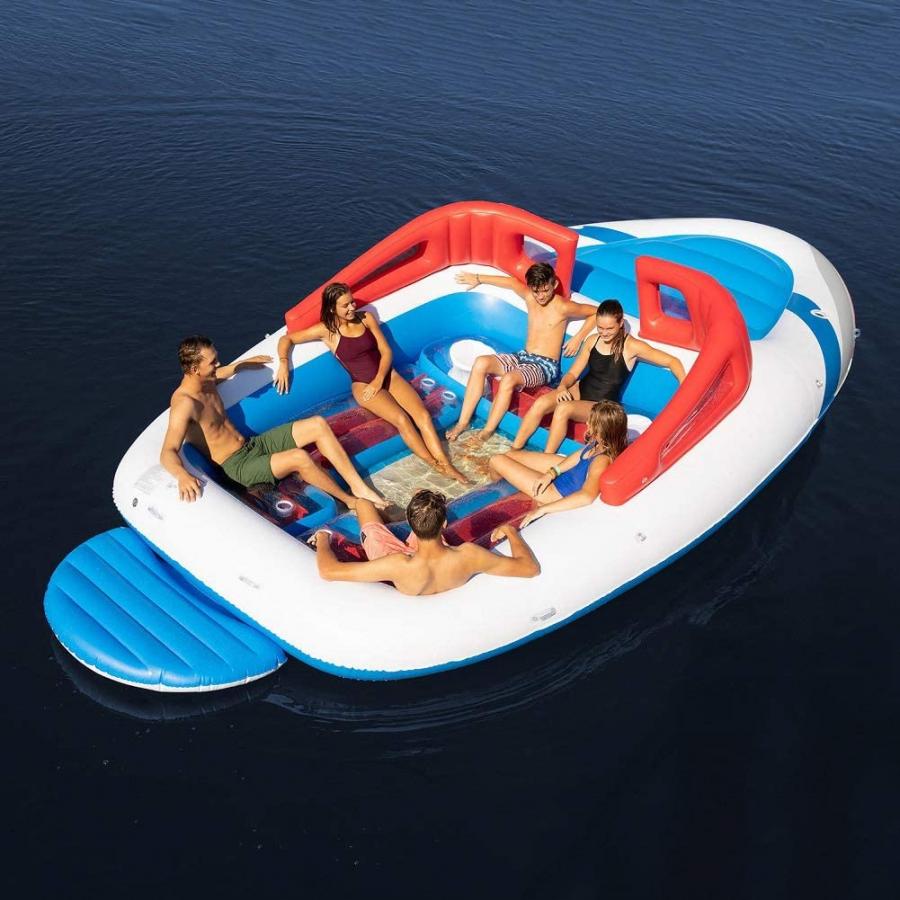 This version also measures a massive 20 feet long, and can hold the same amount of people! 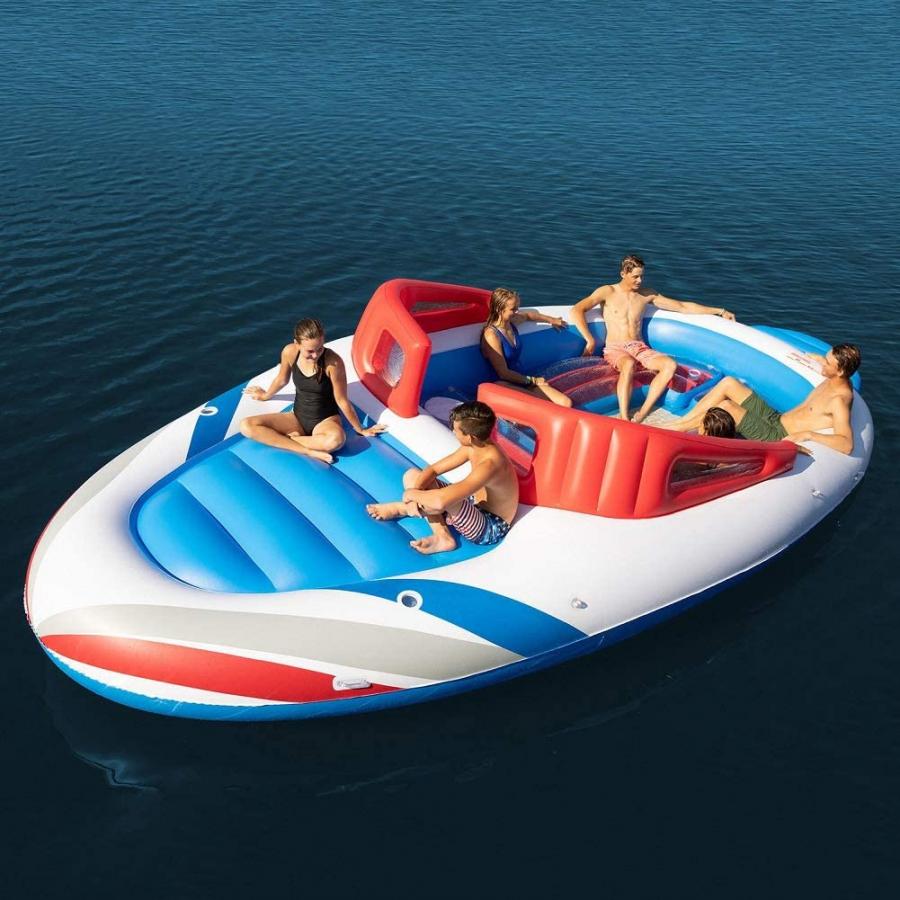 The inflatable speed boat float weighs just 54 lbs, and might just be the ultimate way to float on a lake or down a river! 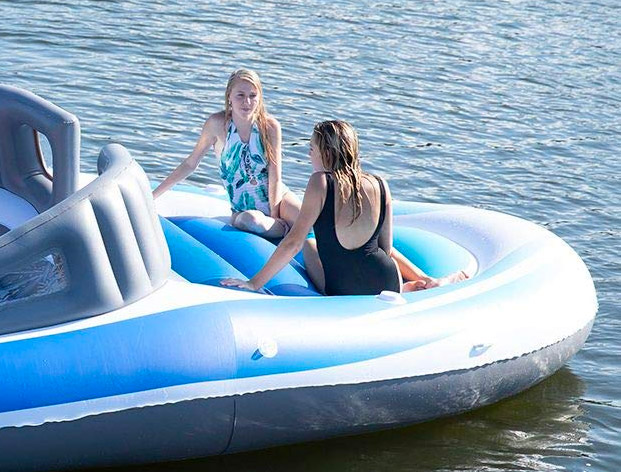 You can snag the giant inflatable speed boat from Amazon for around $530 bucks! 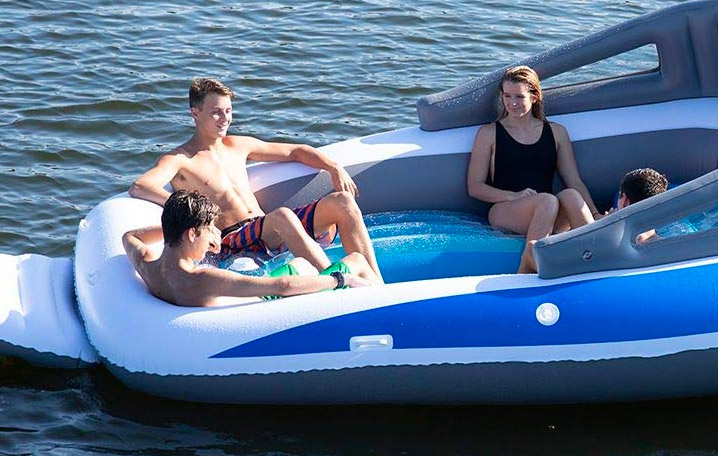 Check out the giant inflatable speed boat in action via the video below!