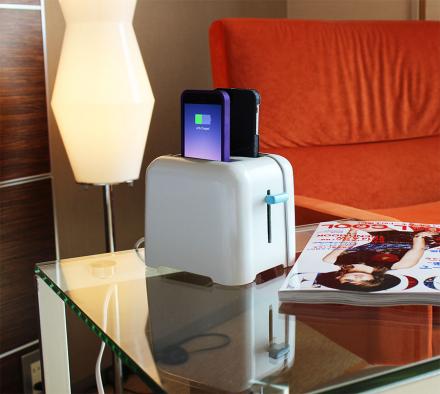 You might remember the original Foaster that had an unsuccessful Kickstarter campaign back in December of 2013, well they're at it again with a new and improved Foaster that now supports the iPhone 4, 5, 5c, 5s, 6, 6 Plus, as well as Android phones, iPads, and tablets of all shapes and sizes. Need to charge a tablet? Simply push the toaster lever down and the Foaster will expand to show two extra areas to charge tablets or phablets, you can then charge up to 4 devices at the same time with just one cord going back to the outlet. Just make sure your grandma doesn't come over looking to make some english muffins in your new toaster.

The Foaster phone charger is covered in micro suction foam technology so that the toaster doesn't slide around when trying to plugin your phone, it can easily charge android devices using a simple cable adapter, and is currently in a funding phase on Kickstarter with an estimated delivery date of March 2015, so go reserve yours now, and be sure to check out the Foaster phone charger in action via the video below. 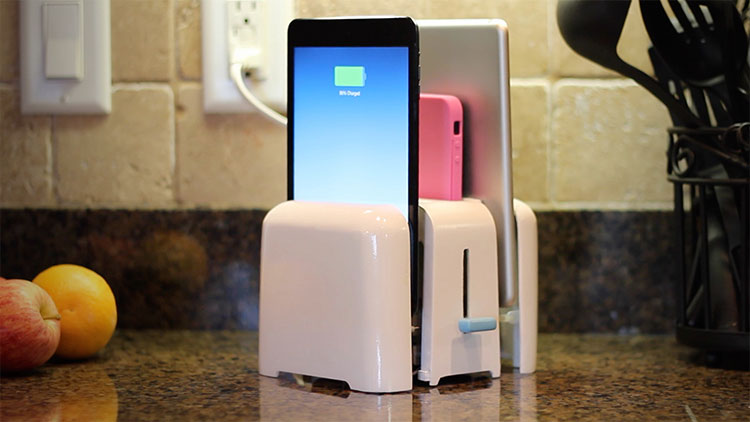 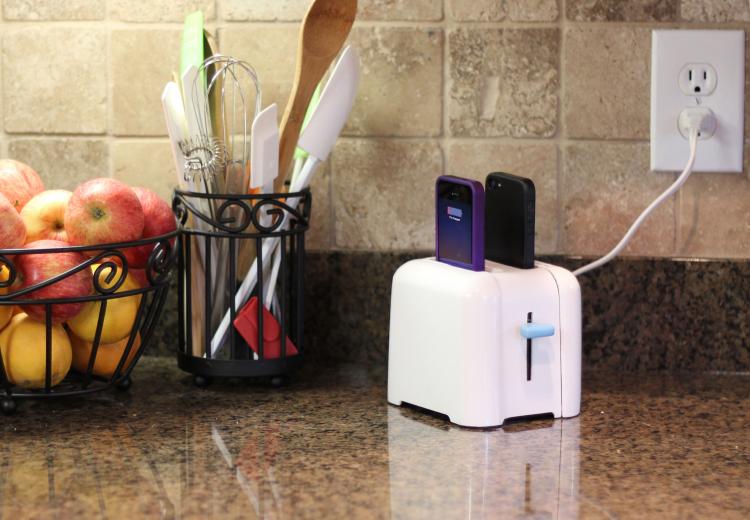 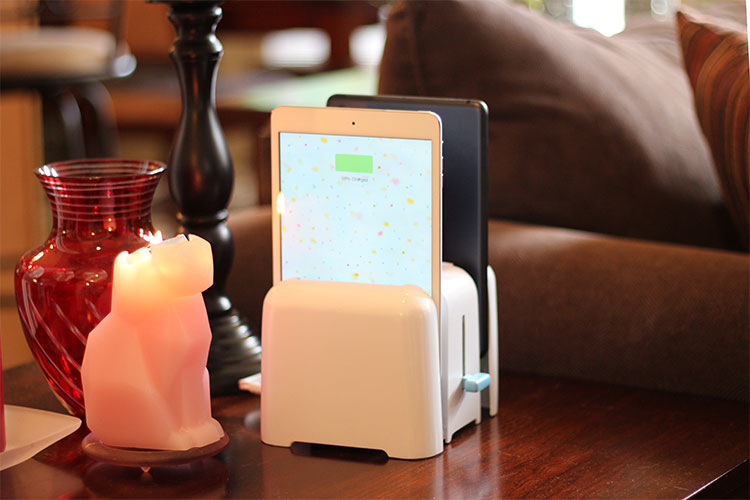 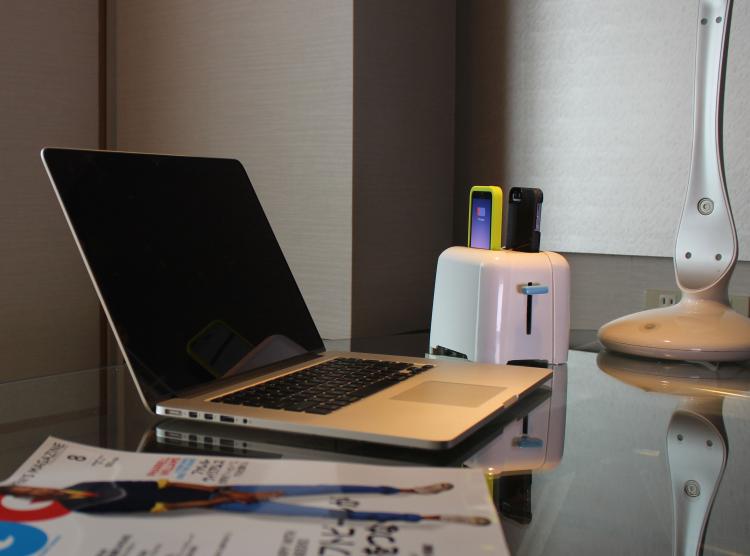 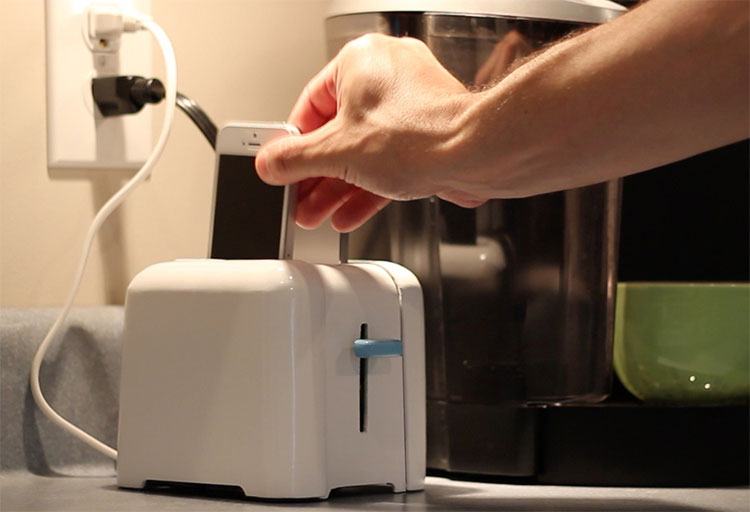 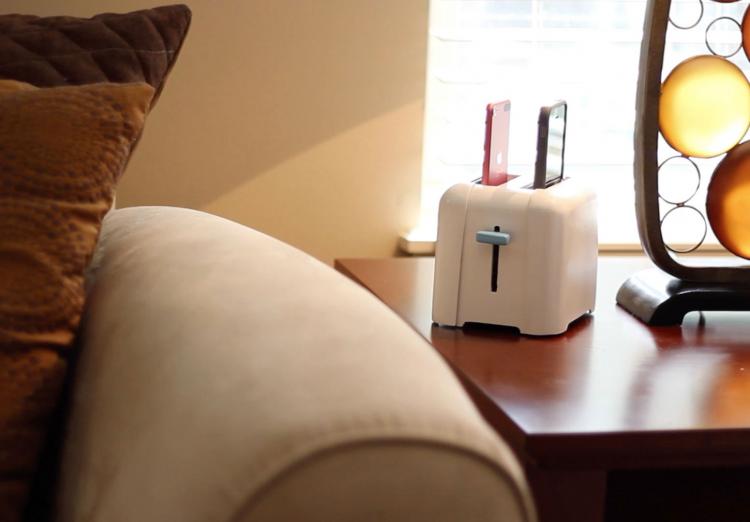 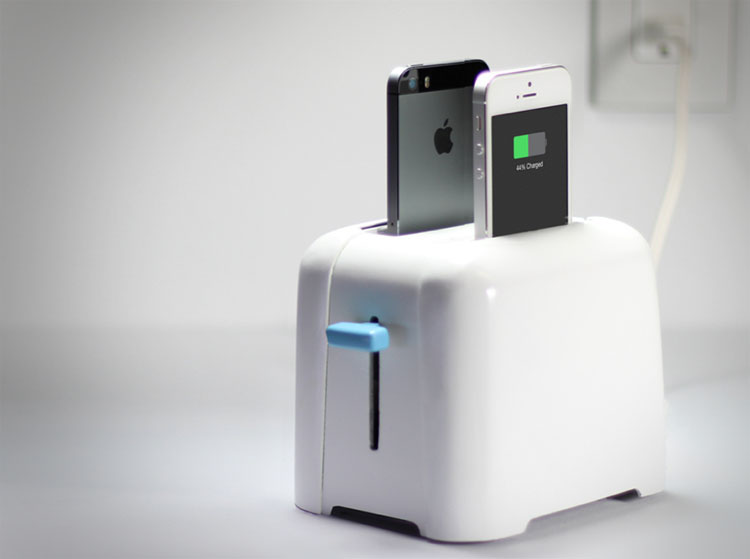