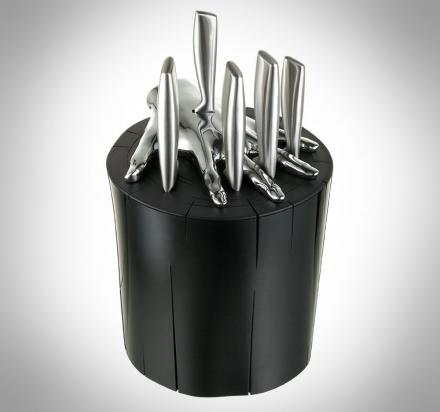 The Five Finger Fillet Knife set is a set of knives that come with a knife holder that resembles a hand that is playing the game five finger fillet, where you attempt to stab a knife in-between your fingers as fast as you can without stabbing yourself or cutting off a finger, it's fun for the whole family! Quite similar to the Voodoo Knife Block Set, the Five Finger Fillet Knife Set allows you to maximize your counter space as well as maximize your awesomeness with a designer knife set that will surely make you the biggest bad-ass between your frat bros. 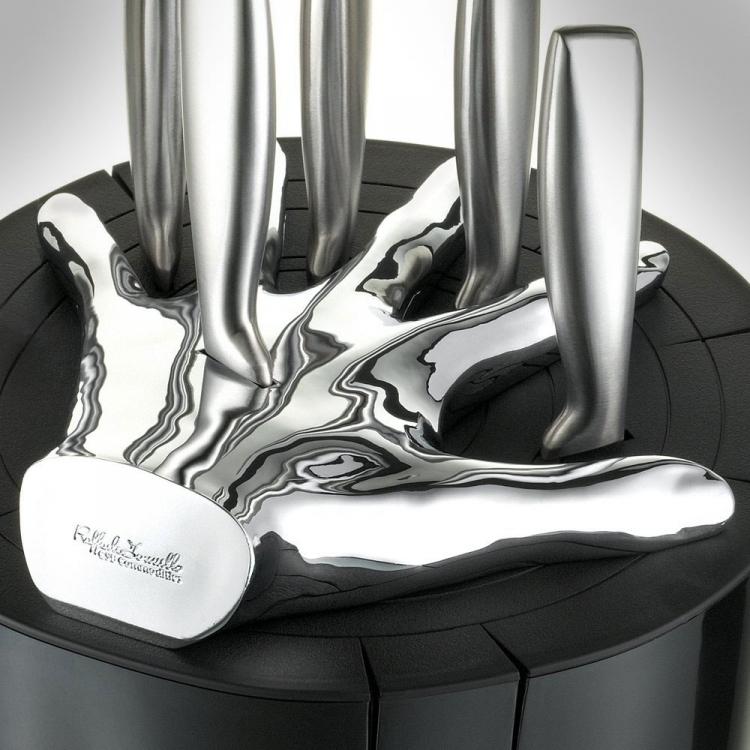 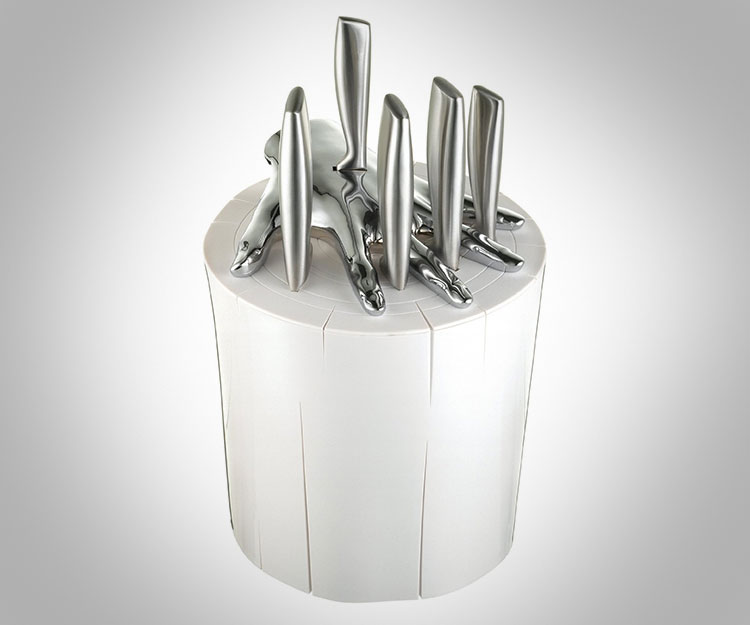 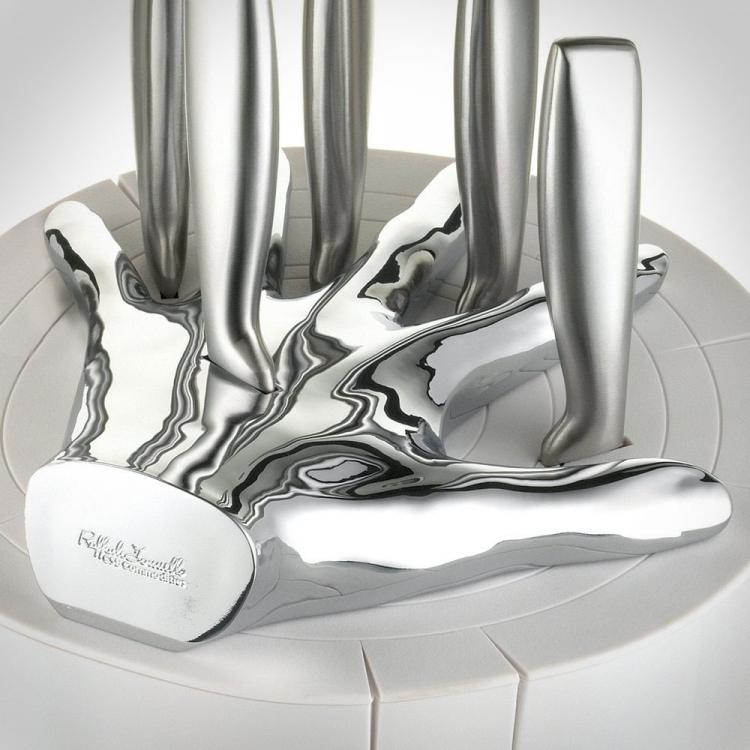 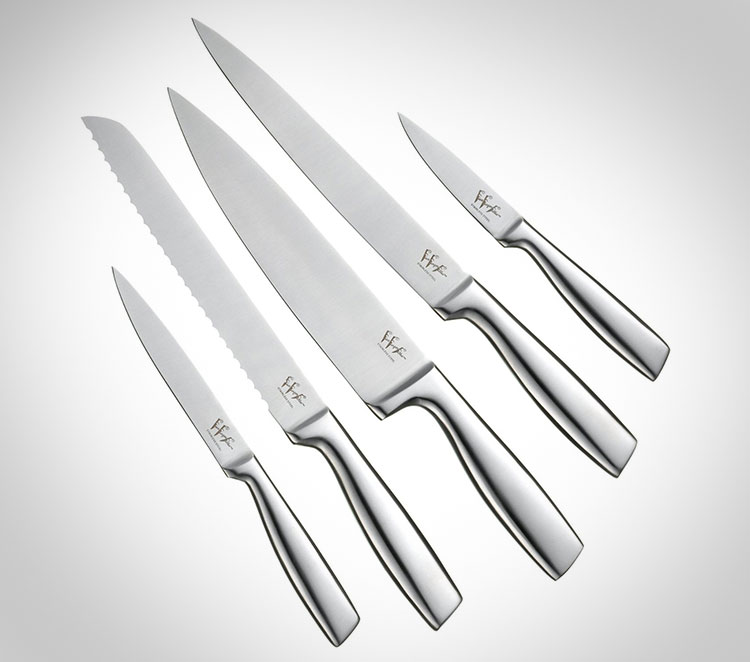 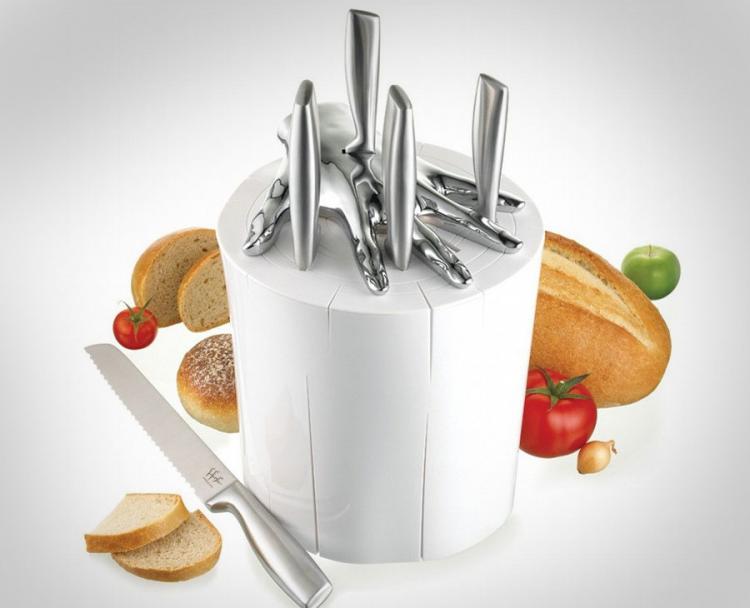