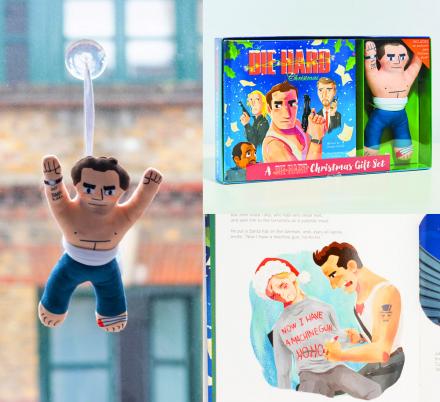 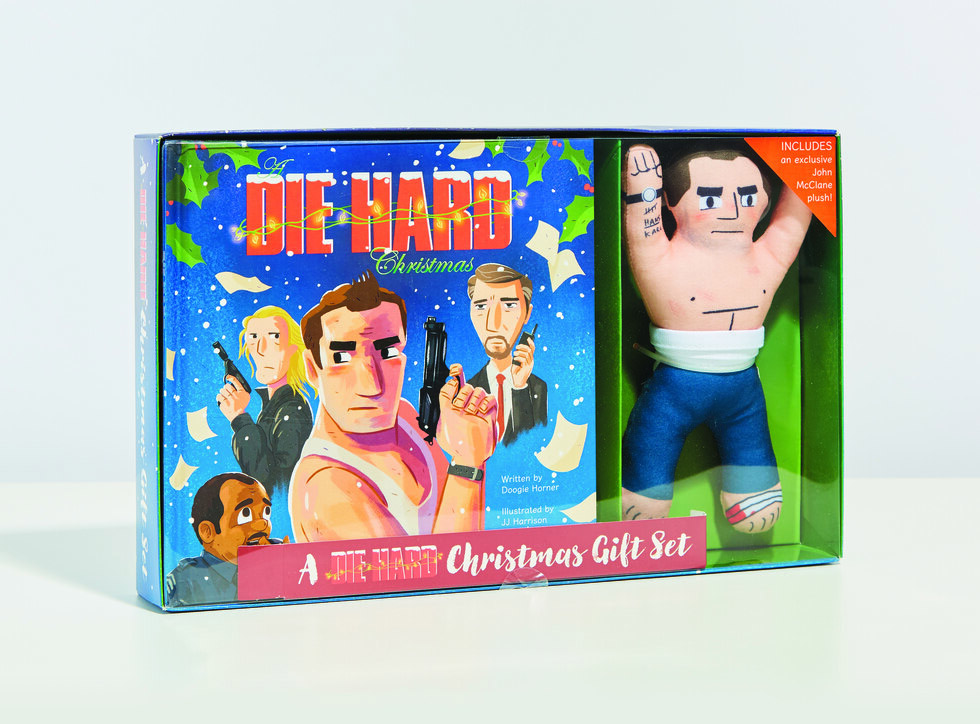 The Die Hard Christmas book is written based off the writing style of "The Night Before Christmas", and nostalgicly retells the gripping story of the original Die Hard movie plot in rhyming poem form. There's really nothing quite like the retelling of an action thriller with a wisecracking hero in soothing verse form. 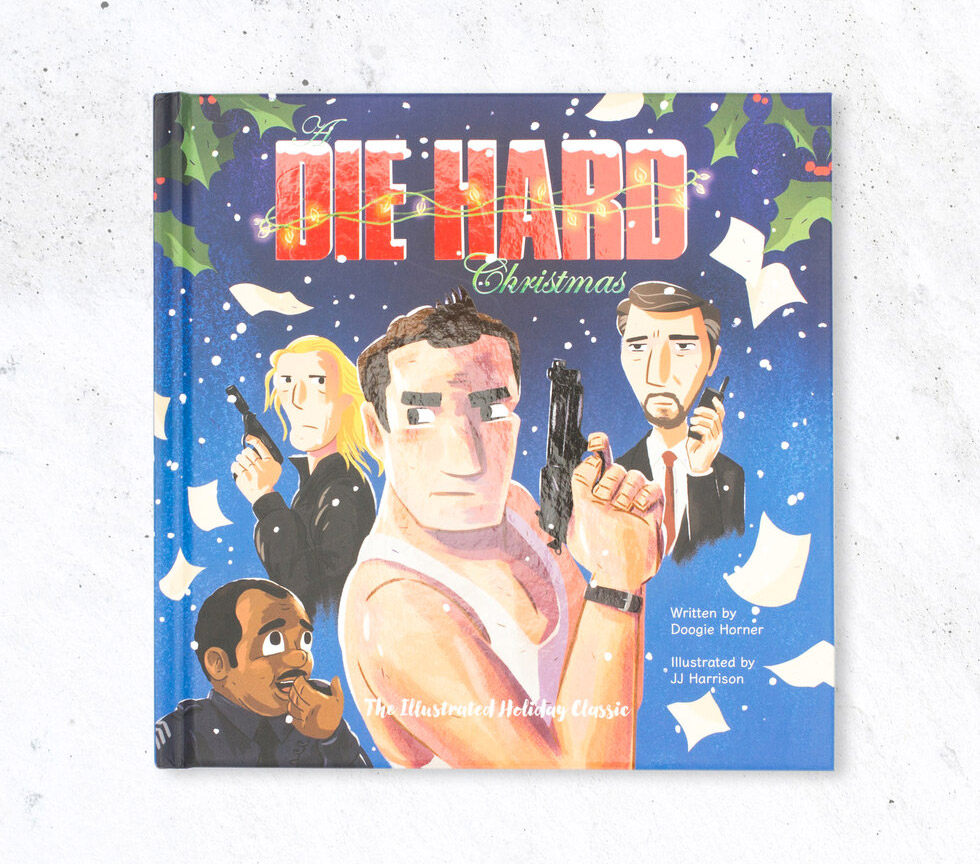 The John McClane plush doll also features sharpy writing on his right arm where he wrote the villains name, Karl's name, along with the marks on his arm he made in tik form. The whole gift set comes in a nice colorful box that'll sure to make any Die Hard fanatic extremely happy. 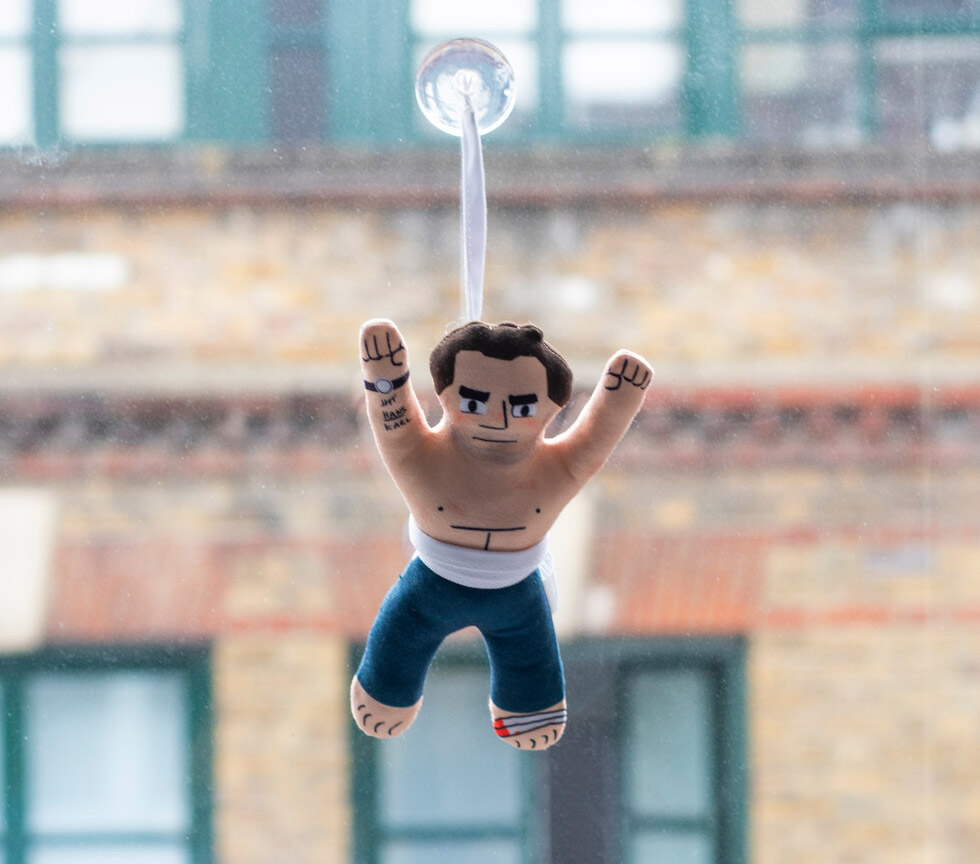 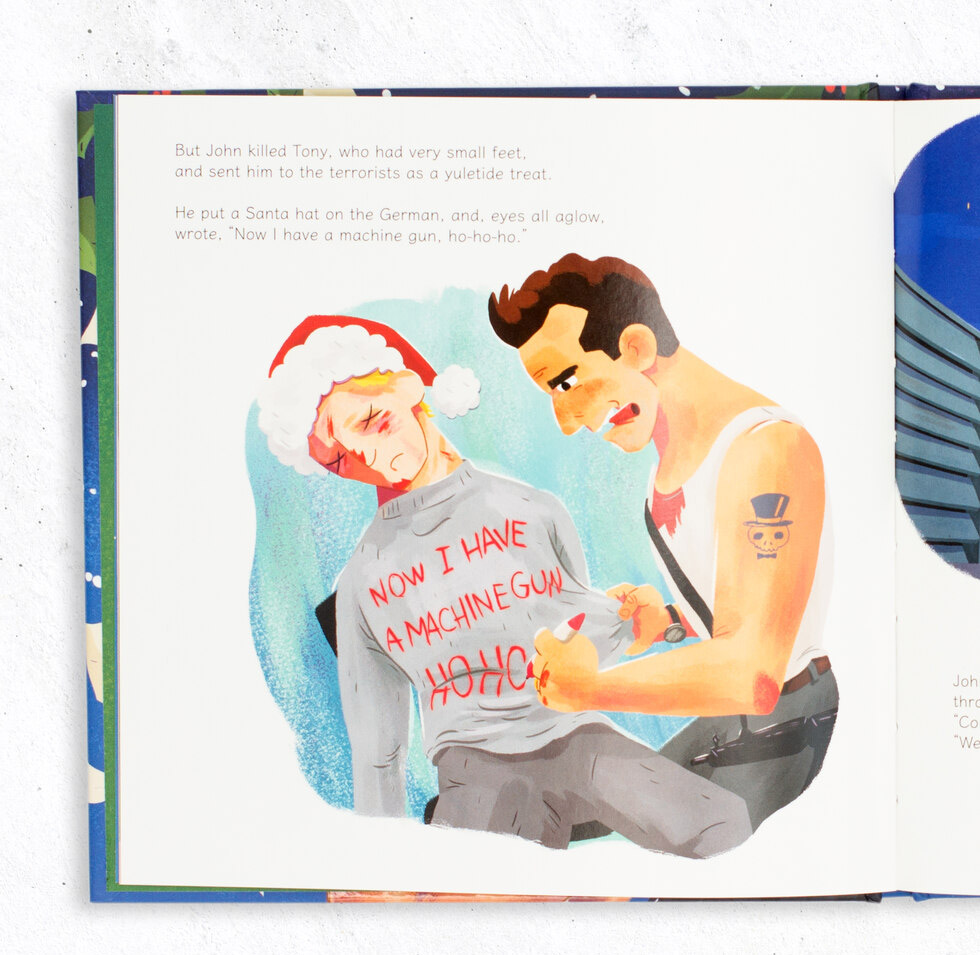 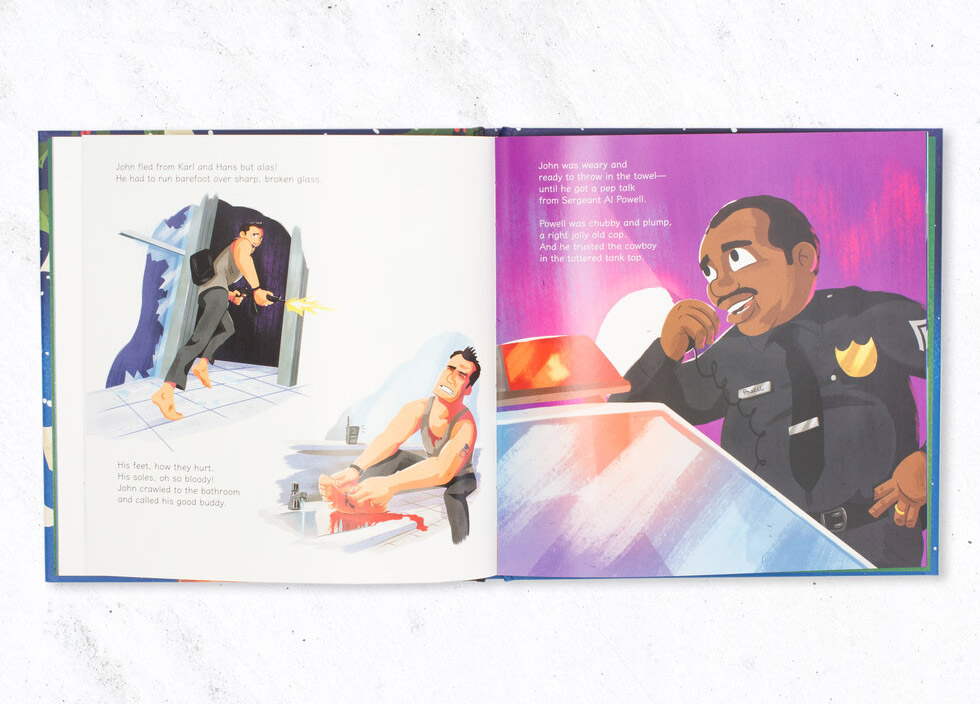 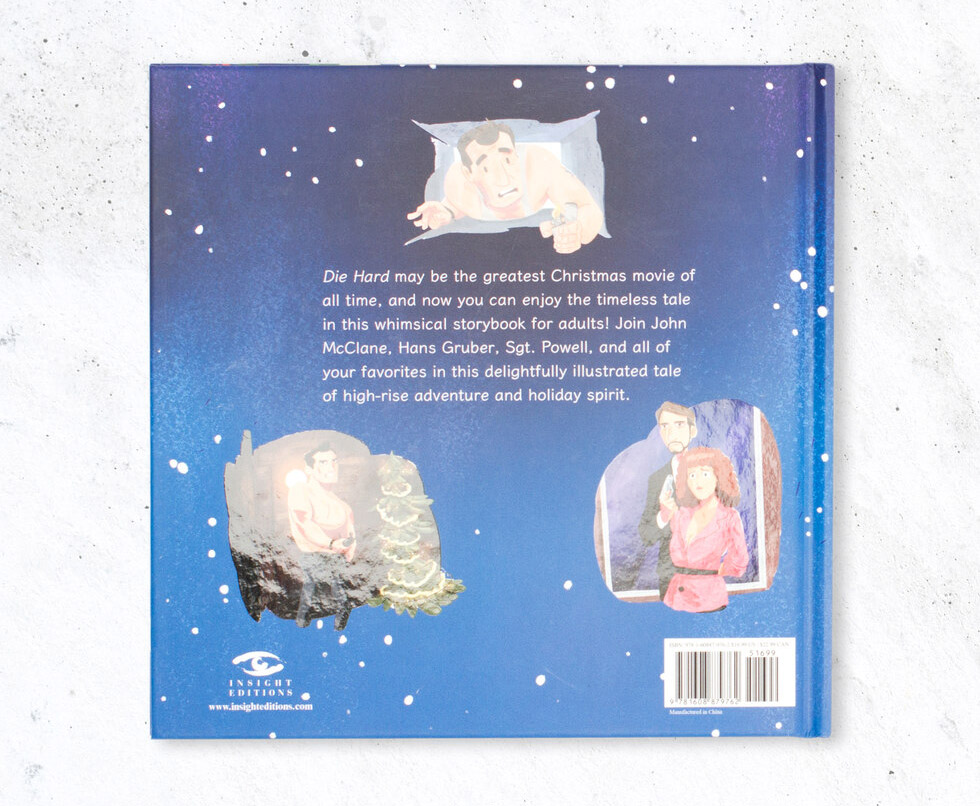 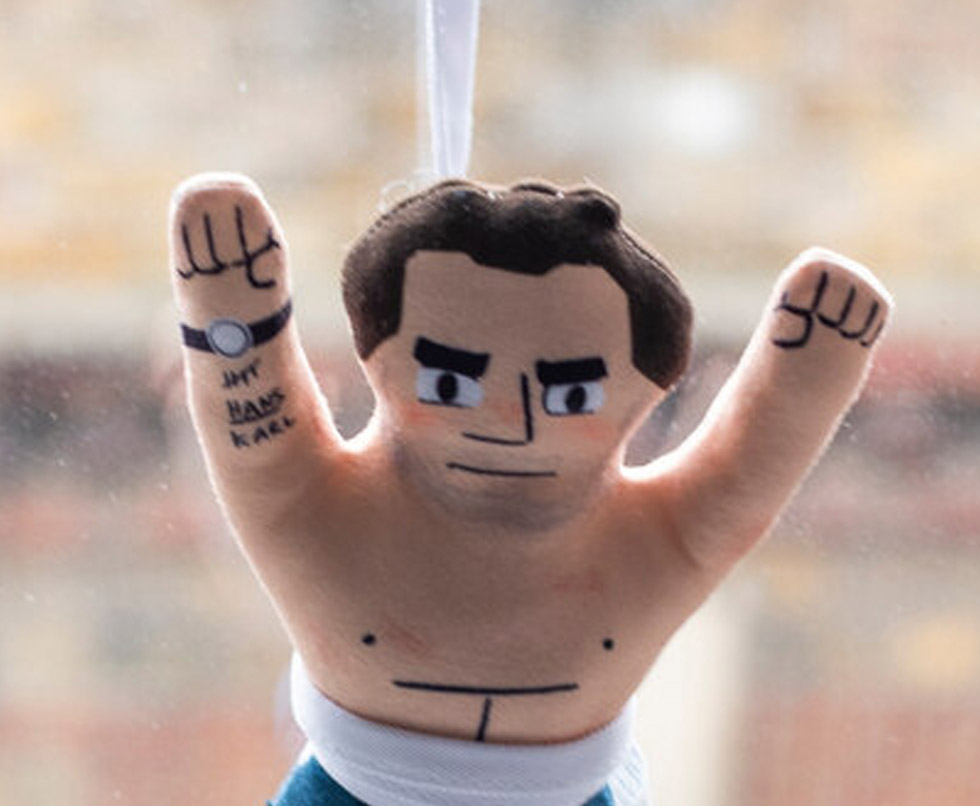 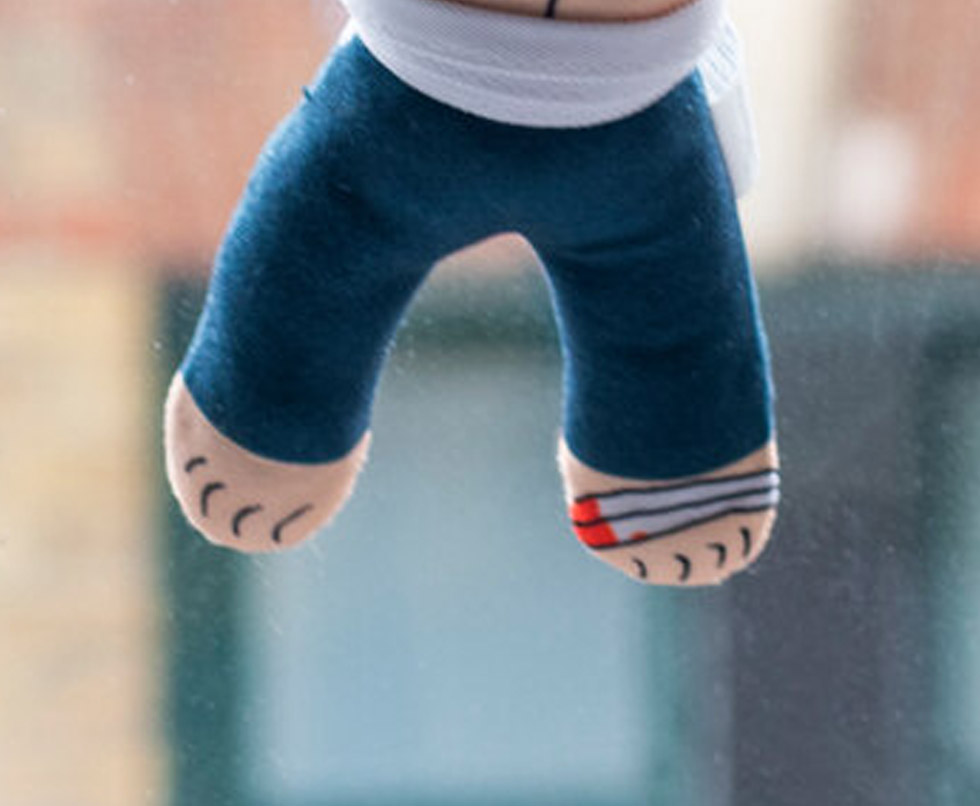