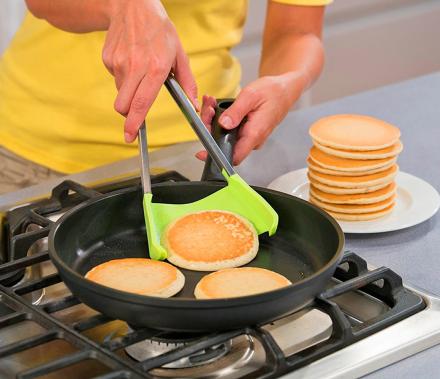 Note: This purchase comes with both a large and small set of Clever Tongs.

The Clever Tongs is a unique kitchen tool that will grip like a set of tongs while letting you flip like a spatula. It's perfect for cooking breakfast when you have some things that you need to grip like sausages and bacon, while having other things that need flipping, like pancakes, or eggs.

With the Clever Tongs you can grab, scoop, and serve foods like scrambled eggs, pulled pork, pot roasts, fish fillets, fruits, cookies, salads, hamburgers, grilled-cheese, steaks, and more! The Clever Tongs give you a commercial quality tool with practically no mess!

The Clever Tongs has the ability and strength to lift heavy items like pot roasts, while being simultaneously delicate with other foods like salmon, hard boiled eggs, and potato cakes.

There's really nothing that the Clever Tongs can't pick up and serve, including other items like ground beef, chicken nuggets, egg rolls, stir fry, rice, and a whole bundle of asparagus. It's perfect for serving taco ingredients directly into the shell, or putting a Philly cheese steak from the pan right onto the bun. 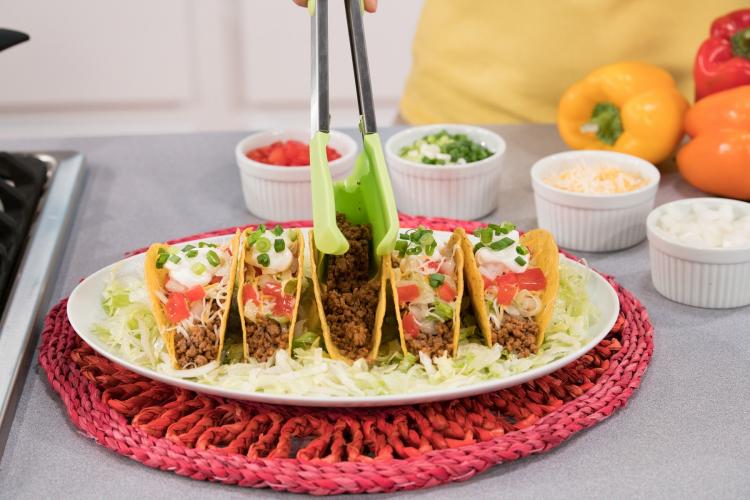 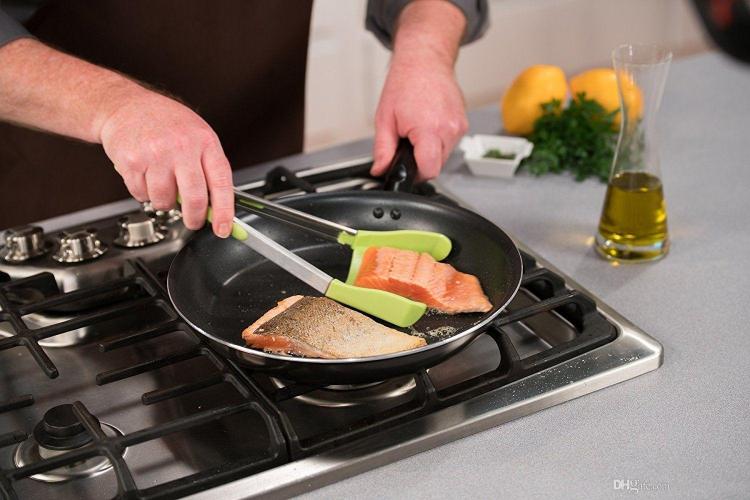 The Clever Tongs are non-stick, heat-resistant, are dishwasher safe for easy cleanup, and is the best and most versatile kitchen tool you'll probably ever use! 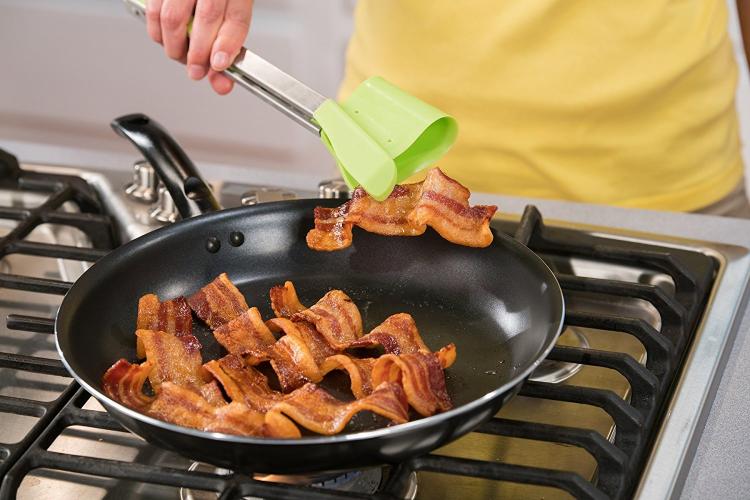 Check out the Clever Tongs in action via the video below. 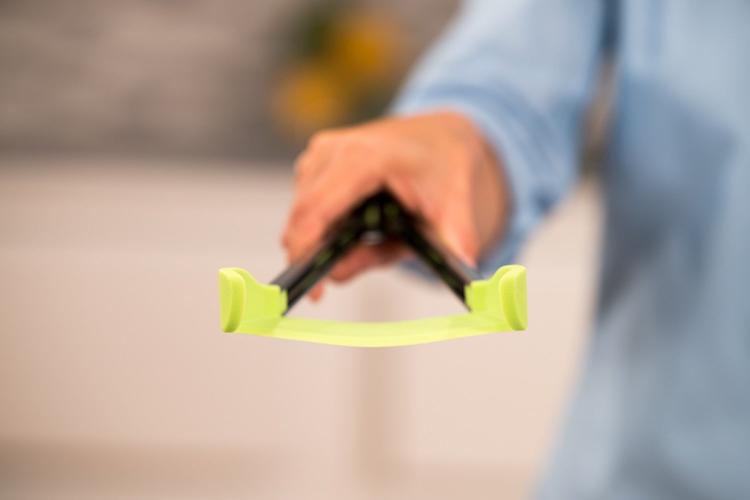 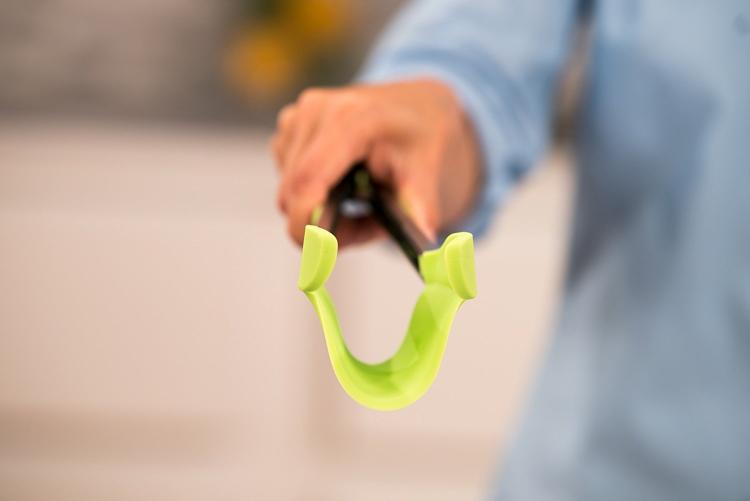 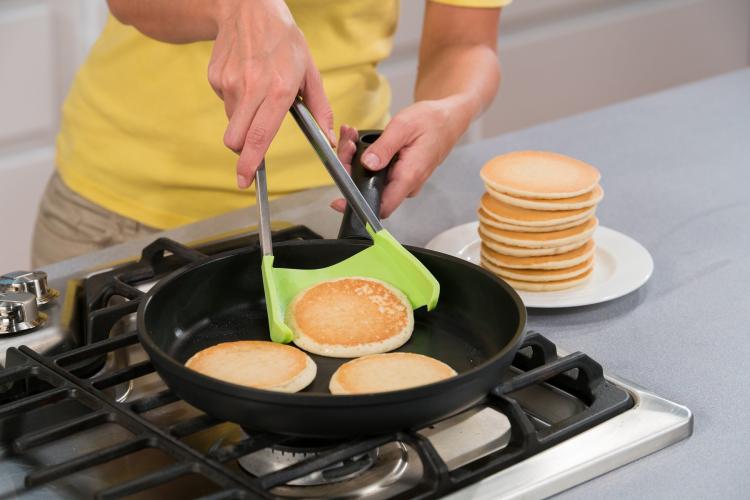 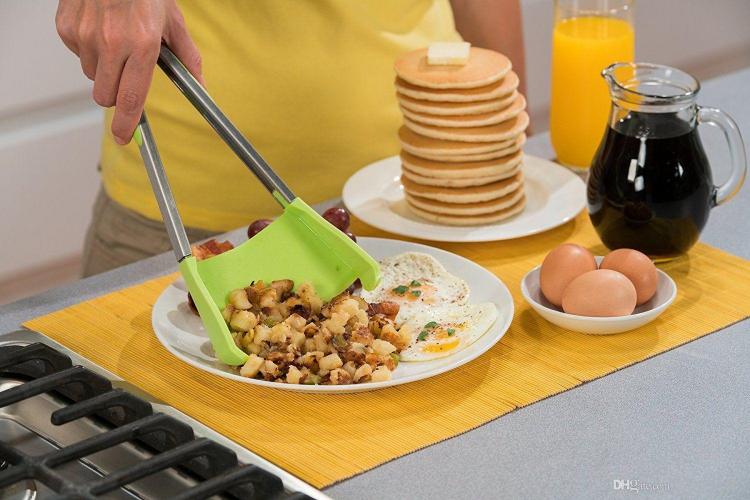 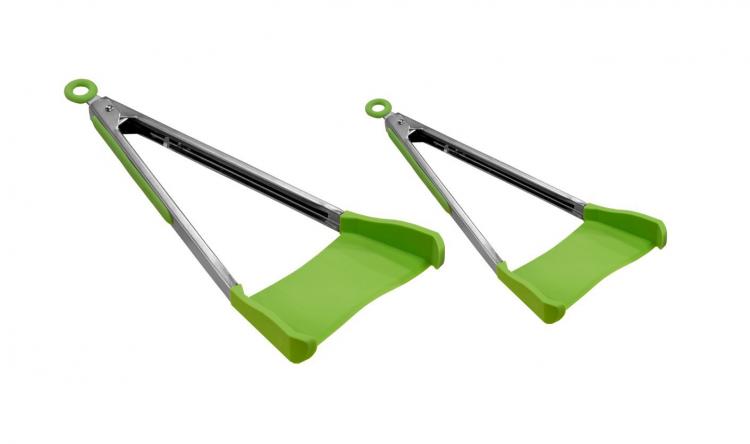 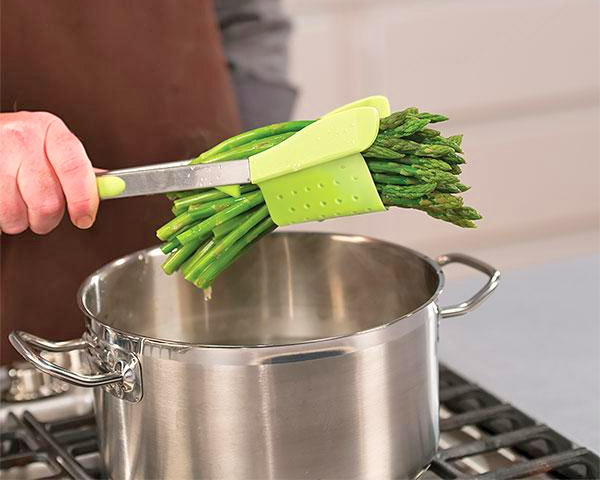 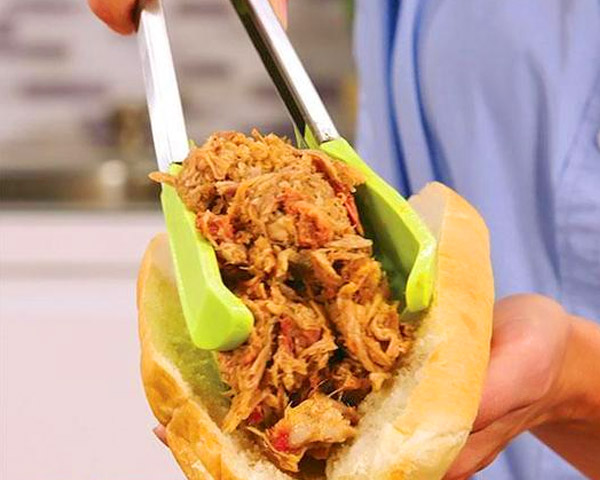