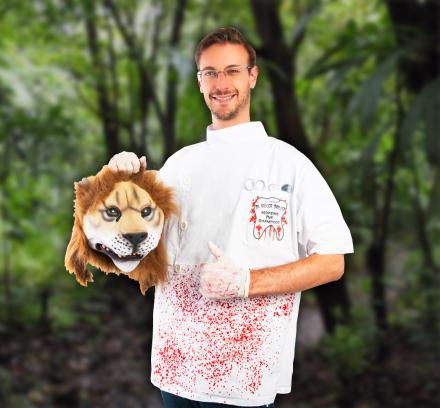 It seems the point of a successful Halloween costume now-a-days is just to be as offensive as possible, along with somehow displaying via your costume the death of a recent celebrity, like being zombie Steve Jobs, the Crocodile Hunter with a sting ray hanging out of his chest, or a bruised face Rihanna. I'm not saying anything is wrong with this, in fact, I find them hilarious. But whatever happened to the Halloween costumes that were just good old-fashion fun, like a one-night-stand costume, or a man in a gorilla cage costume. The Cecil The Lion Killer costume is a new trending costume that's getting a lot of buzz and is of course made to look like the famous dentist, Dr. Walter Palmer who shot and killed Cecil the Lion and made Jimmy Kimmel cry.

Made by Costumeish, a company that makes unique Halloween costumes for the whole family, the Cecil The Lion Killer dentist costume was one that they got a lot of requests to sell, so they went for it. Costumeish CEO Johnathon Weeks tells TMZ that they made the costume because they were flooded with requests, and although they went live with the costume on Tuesday at Midnight, they haven't sold any yet. Although my guess is we're going to see a lot of these this Halloween, maybe not sold from Costumeish at the outlandish price of $140 for a bloodied dentist shirt and a stuffed severed lions head, but most certainly some home-made ones. 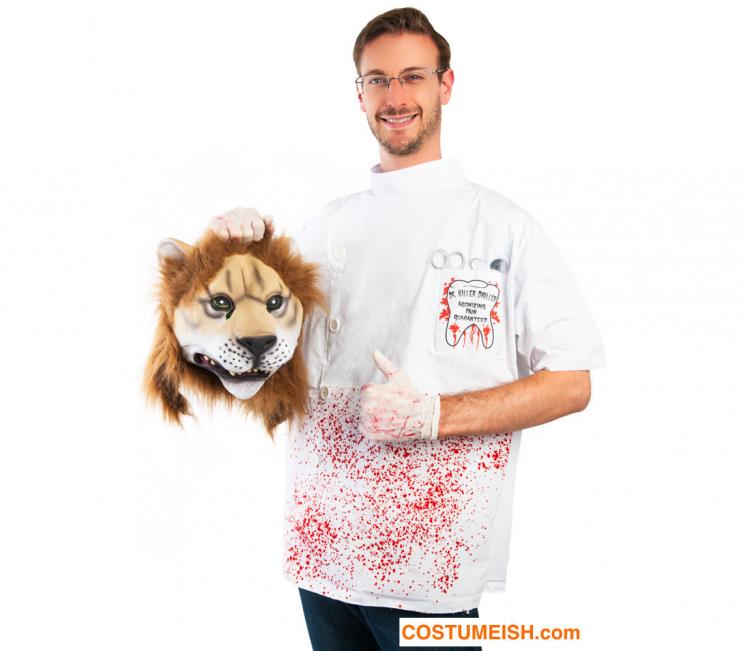 The Cecil The Lion Killer costume features a dentist shirt with blood stains all over it, white gloves with blood stains on them, a set of dentist tools in the front pocket of the shirt, along with a severed lions head that you can carry around to display to people your trophy. The Cecil the lion killer dentist costume is white in color, comes in only one size that should fit most standard sized humans, and has text on the pocket of the shirt that reads 'DR. KILLER DRILLER AGONIZING PAIN GUARANTEED'. 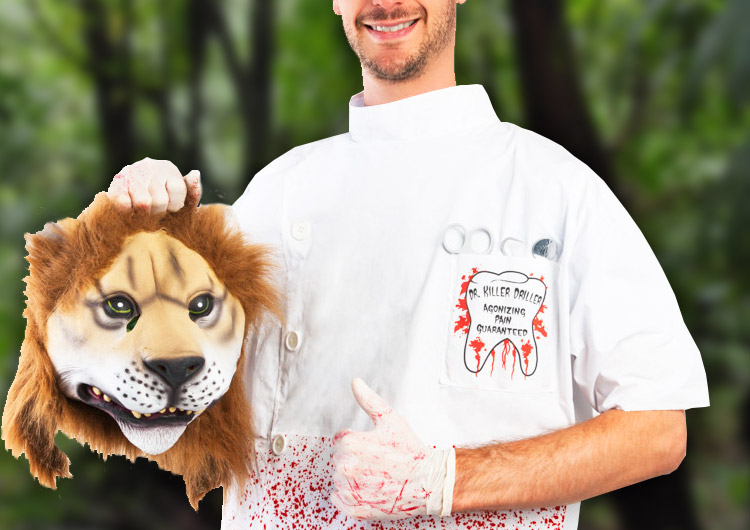