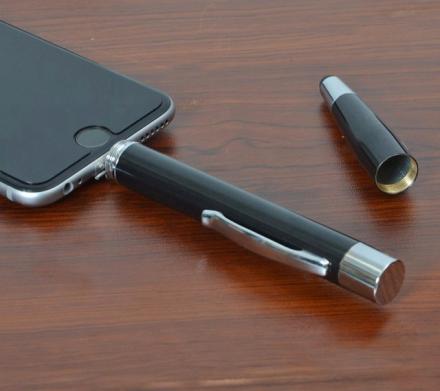 Sometimes while out at a Starbucks jotting some notes down about your upcoming novel you plan on thinking about writing in the near future, you're phone may run low on batteries. Luckily this super-secret battery pen is here to save your day. Aptly named the Ballpoint Pen Power Ring, the pen is able to be unscrewed in the middle to reveal a micro-USB or Apple Lightning plug so you can plug the pen right into your phone to charge it up. Like something straight out of a James Bond movie the ballpoint pen phone charger is perfect for charging your phone while being held hostage against your will by someone looking to take over the world, or maybe just at home if you don't feel like scraping your body off the couch.

The pen battery charger fully works as a pen and as a stylus, plus it even comes with two pen refills, so if you're someone who uses a pen on a regular basis, it might make for a good new primary pen since it has a three total uses, besides making you think your James Bond while using it. 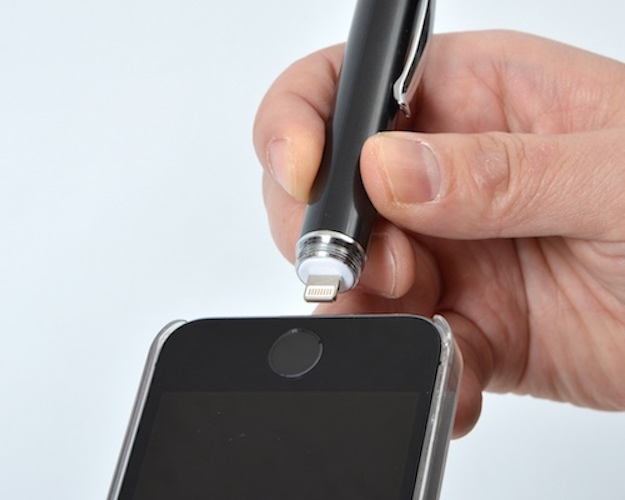 The ballpoint pen battery charger has a 5V 800 mAh battery inside of it that takes 90 minutes to fully charge itself up using a USB 2.0 connection, works with both Android and iOS devices (simply choose the correct one when adding to your cart), measures 6.2 inches long x 0.6 inches in diameter, and comes with instruction in Japanese, but my guess is you'll probably be able to figure it out. 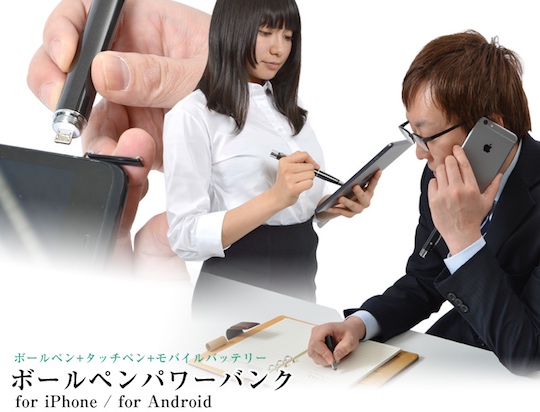