The Yarbo Yard Robot Will Mow Your Grass, Snowblow, and Even Blow Your Leaves 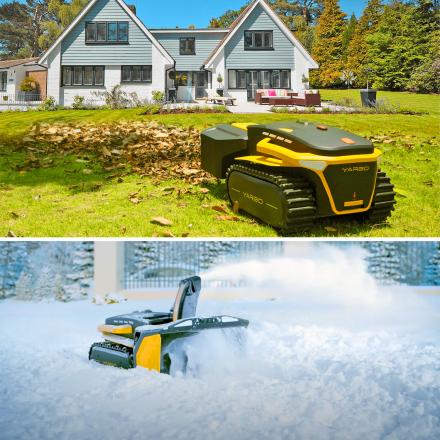 With the turning of each new season also comes new annoyances for keeping your yard maintained. As if it wasn’t difficult enough to mow in hot weather or pick up leaves in the fall, those who experience the most dramatic climate changes are bound to struggle when the snow comes — taking more than just a few extra hours per week in snow removal.

However, one new smart tech product is coming along to help with these exact lawn care issues.

Introducing Yarbo, a multi-function intelligent yard robot on Kickstarter that can maintain your lawn all year.

This 3-in-1 smart lawn care robot can mow the lawn, blow snow from driveways and sidewalks and blow leaves and other debris. The company also says it will feature a modular design that can add even more yard cleanup capabilities once it launches.

The Yarbo lawn cleanup robot uses a proprietary fusion technology between RTK-GPS Computer Vision, an inertial measurement unit (IMU) a magnetic field, an odometer and several other sensors to help it position itself precisely. 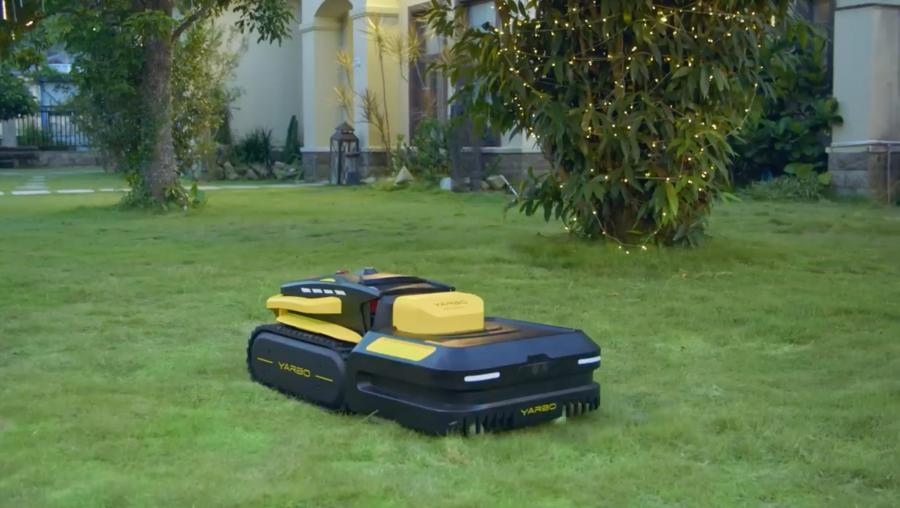 The all-weather yard robot also utilizes smart algorithms to avoid obstacles and terrain changes anywhere there’s access to satellite, Wi-Fi or 4G connections — with the magnetic unit set to help even if you don’t. 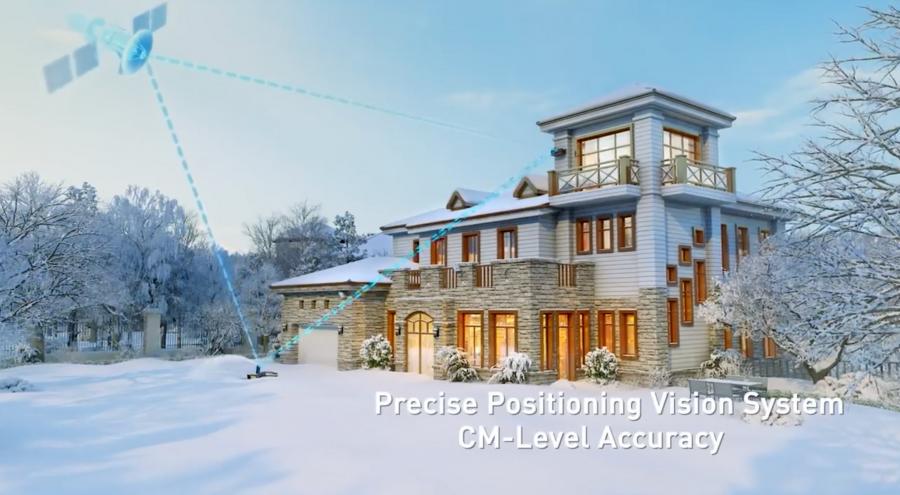 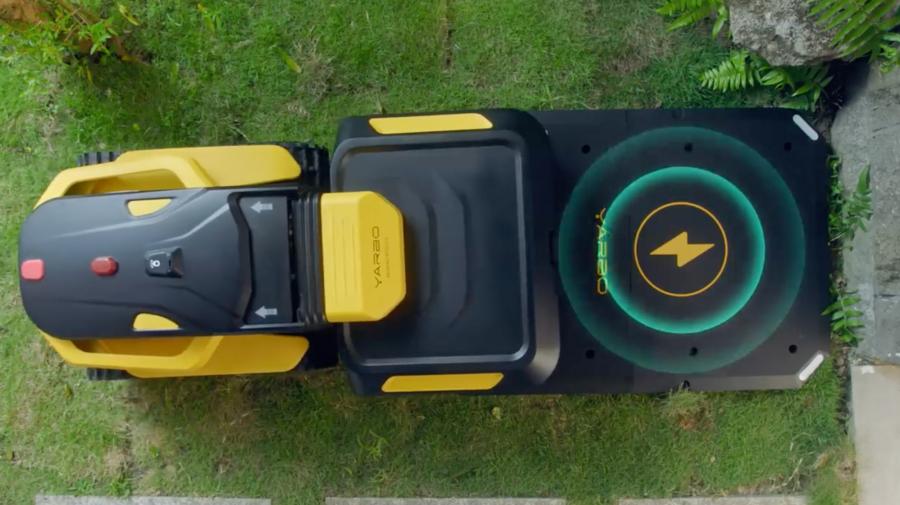 The Yarbo automatically heads for the docking station any time the battery drops below 5 percent. The 36 volt, 38.4 Ah lithium-ion battery works in temperatures as low as -22 degrees Fahrenheit (-30 degrees Celsius) and it’s enclosed in a shockproof steel shell for added safety. 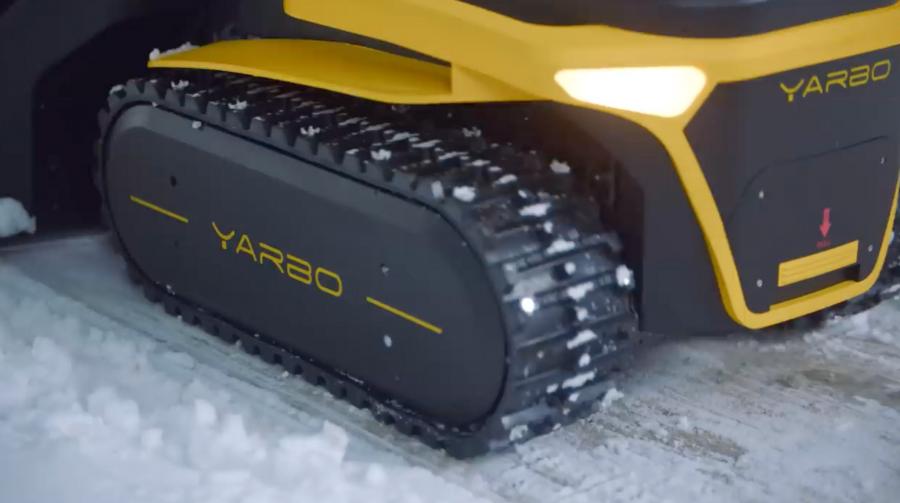 The battery can also be removed and replaced using a portable power station accessory from the company. 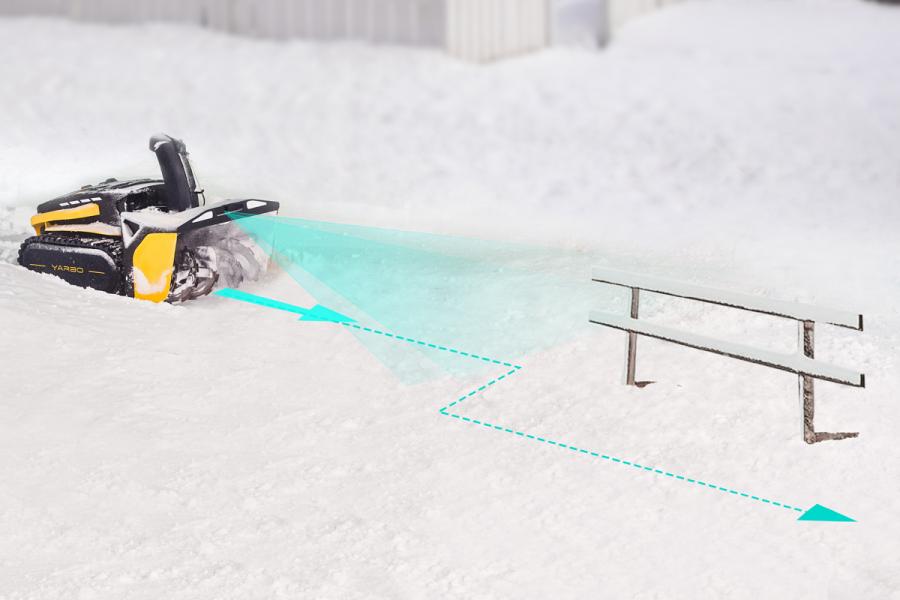 This smart year-round yard cleanup robot also has a huge coverage area, so you can set elaborate paths and whole areas for the Yarbo to maintain at different times. 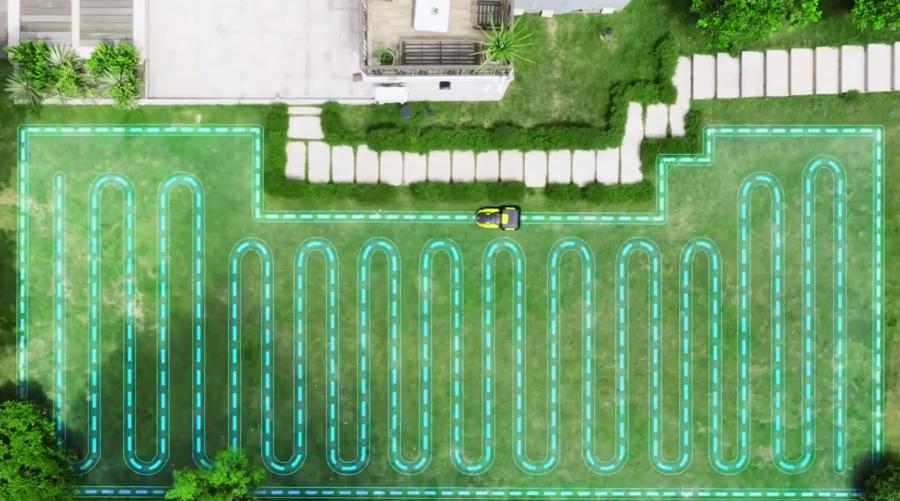 Impressively, the Yarbo yard maintenance robot can handle steep yards, with a flexible lawn-mowing, leaf-blowing and snow-blowing design that can handle grades up to 68 percent. 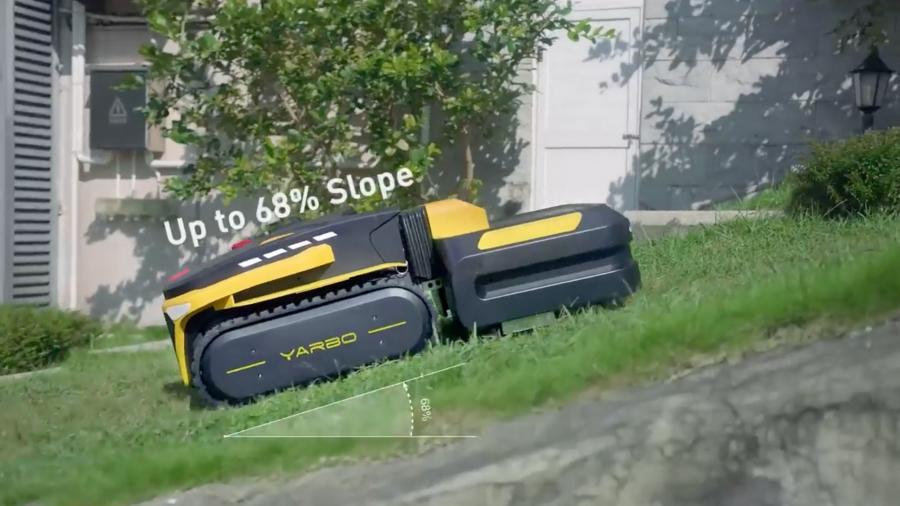 ou can also attach a tow hitch to the back, which can be paired with useful yard accessories such as a lawn sweeper, a lawn roller, a towed wheelbarrow, a dethatcher and more. 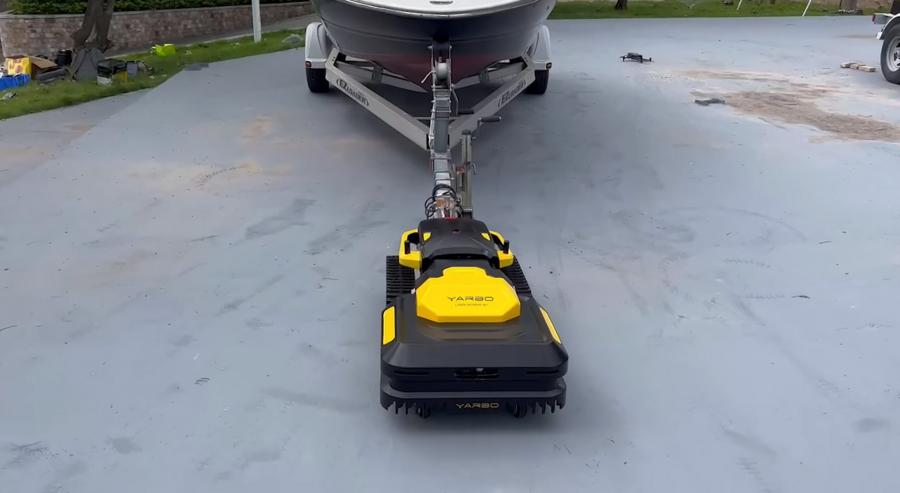 To manage the yard cleanup smart robot, users can simply use the Yarbo smart app, which lets you customize routes and cleanup areas using GPS positioning, and anti-theft features ensure that nobody can walk away with your new technology. It also has bonus features like music streaming, voice operation and compatibility with other smart home products. 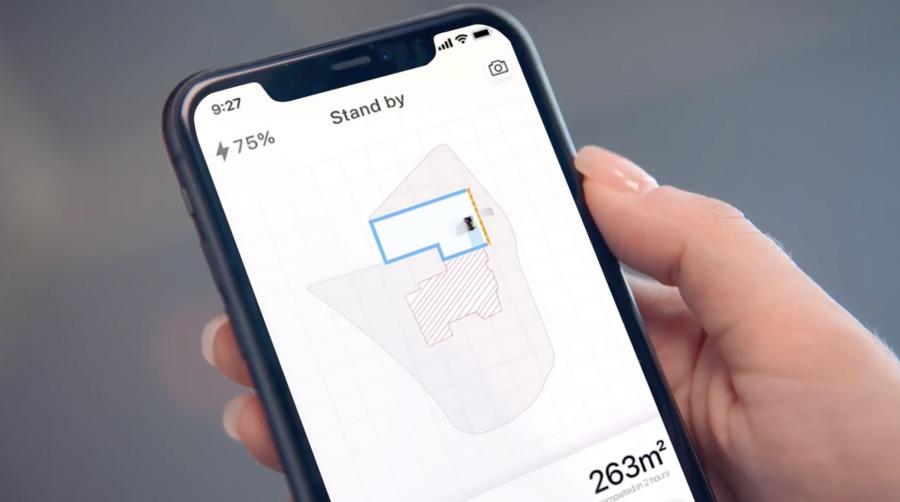 You may remember the Yardroid landscaping robot that we posted about a while back, was a Kickstarter campaign that never reached it's goal, so the yard robot never came to fruition.

The Yarbo is also using a Kickstarter campaign to fund it's project, though this one looks to be a lot more successful after already surpassing their goal and raising a massive $3 million bucks so far! 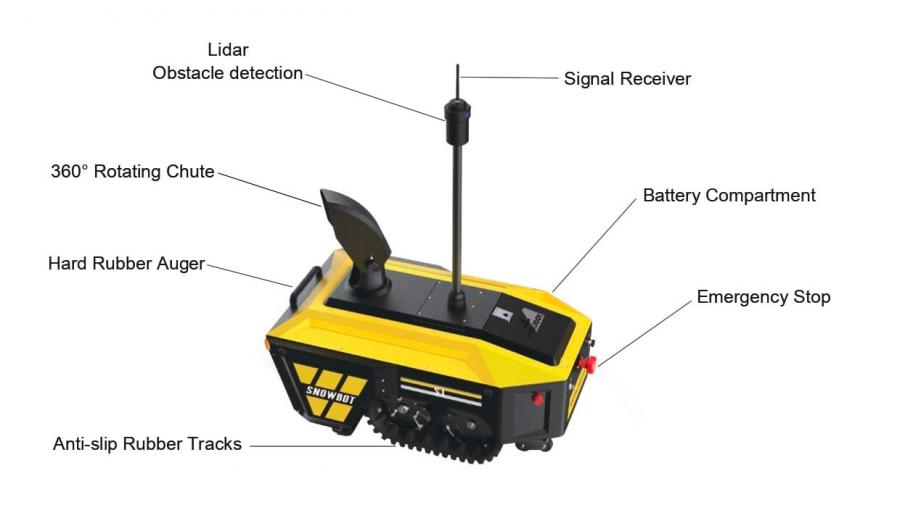 Purchase of the Yarbo yard cleaning robot comes with a two-year limited warranty, and free shipping and tax costs around the world. 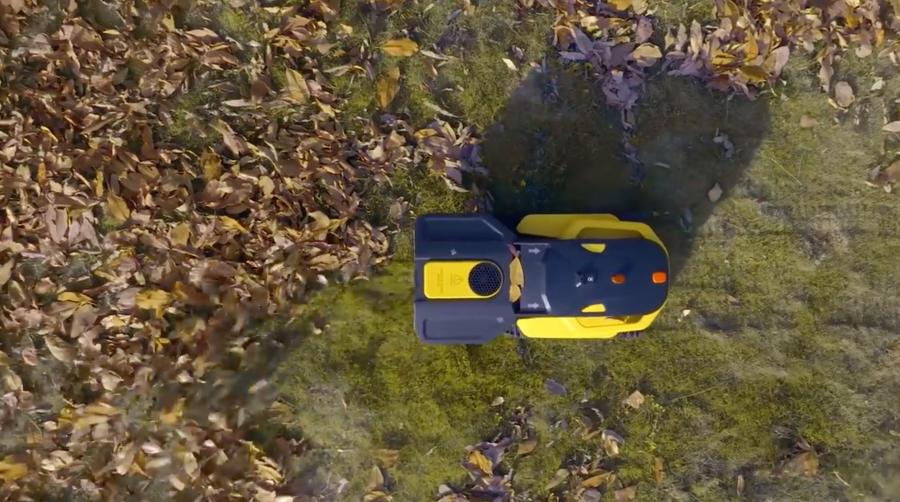 The campaign has been featured across a number of notable publications, including Bloomberg, Associated Press, MarketWatch, Yahoo News, Benzinga, NewsmaxTV, The Daily Dispatcher, Asia One, Street Insider and Digital Journal — likely among others. 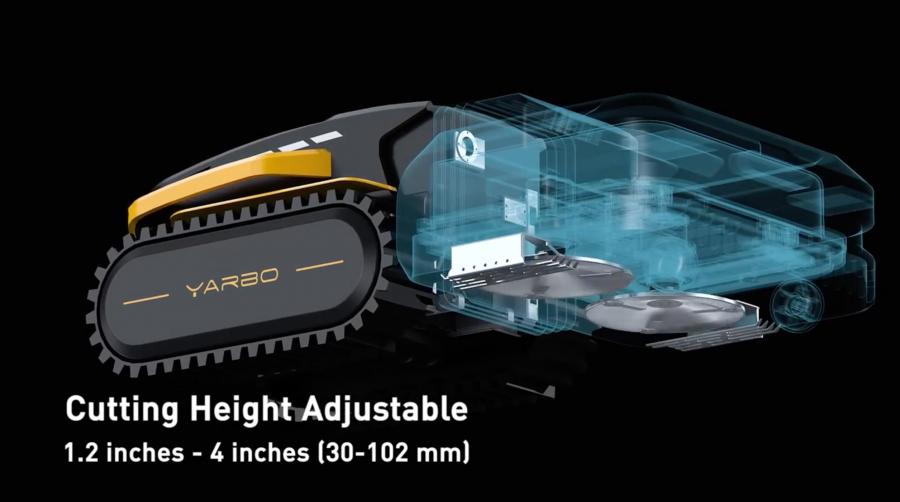 The Kickstarter campaign has garnered an incredible $3 million after setting a goal of just $50,000. The campaign ends October 30, 2022, and the first deliveries are slated for December 2022. 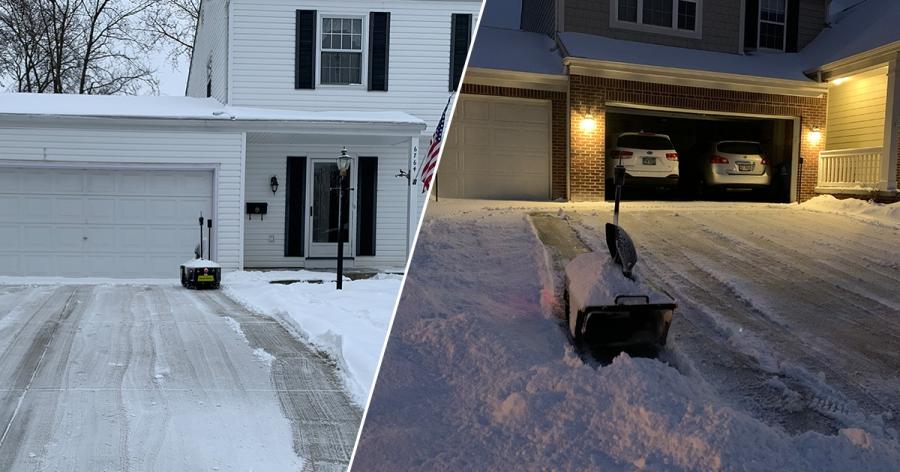 No matter who you are or where you live, it’s hard to deny that yard care can be a total pain. However, with the Yarbo personal yard cleanup smart robot, you can look forward to enjoying your yard all year round, without the headache of maintenance.

The Yarbo is actually small enough and light enough to fit right into the back of your SUV, truck, or even some hatchbacks! 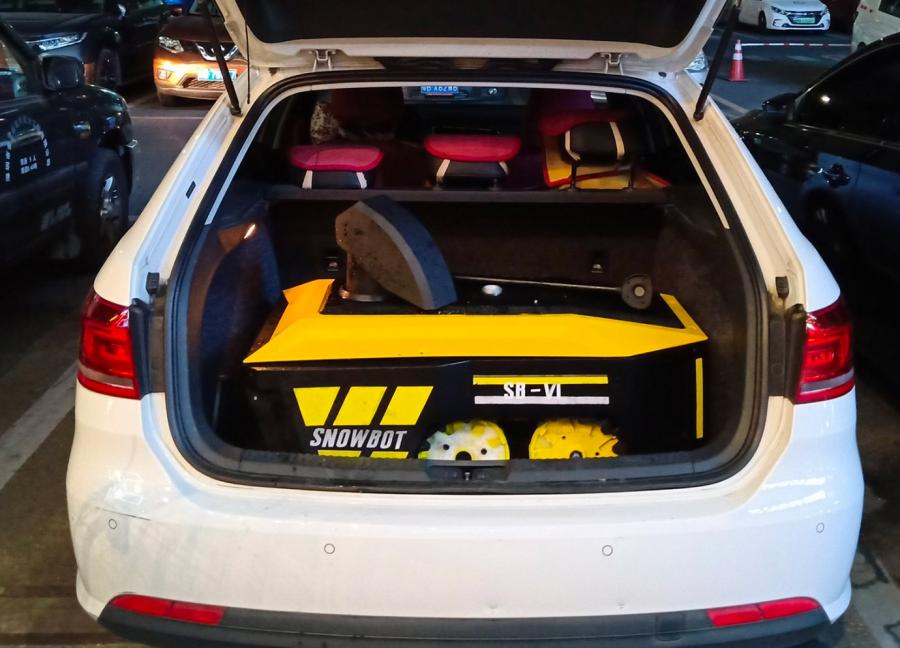 The snow chute on the yard robot is fully adjustable and allows you to throw the snow anywhere you like. You can even program where you want your snow piles to accumulate within the app. 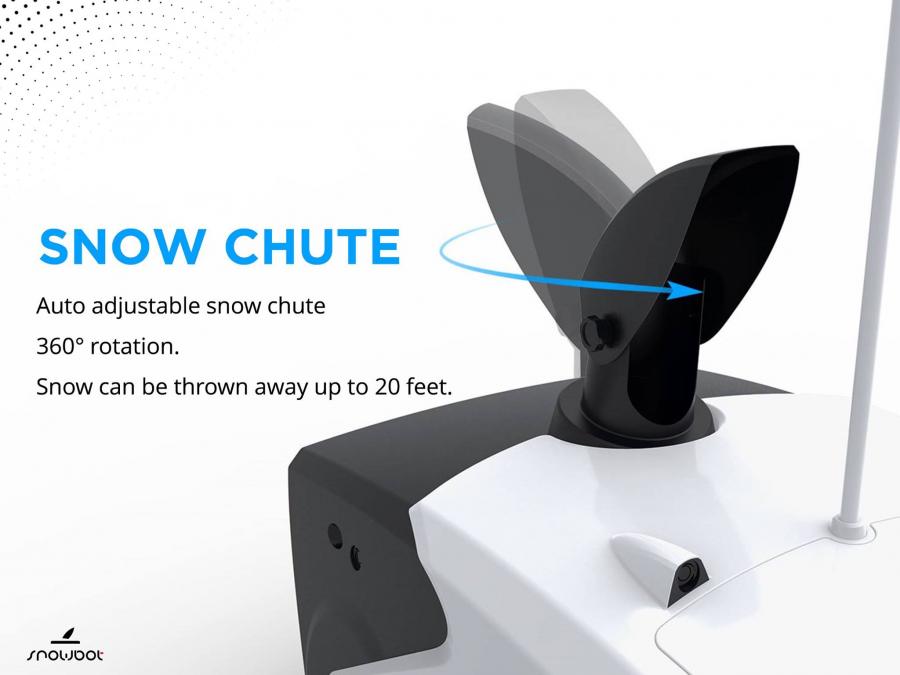 The Yarbo actually started out as the SnowBot, which was just an automatic snowblower robot, but they figured it could do so much more, so they changed the name to Yarbo, and and added tons of new features! 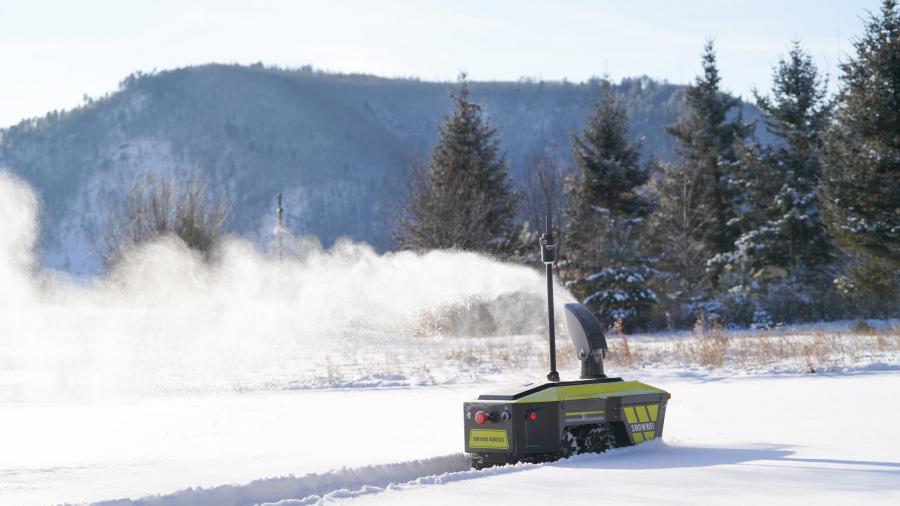 The Yarbo has a line of attachments and modules to get each task completed. Each module attaches right to the front of the robot. 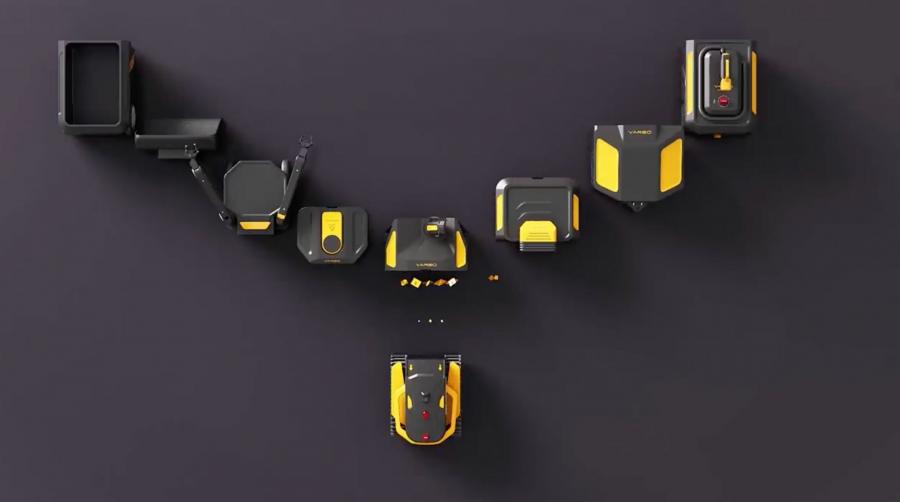 Plus, no worrying about cords or hauling around large heavy batteries... Yarbo will find it's wireless charging pad whenever the battery is less than 5%. 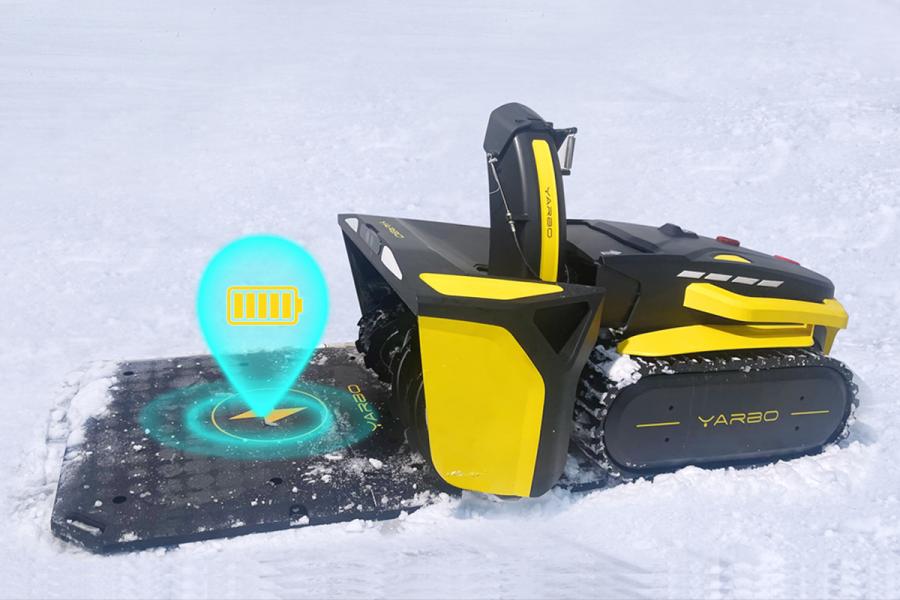 You can reserve your own Yarbo yard robot from their campaign for around $2,800 bucks! 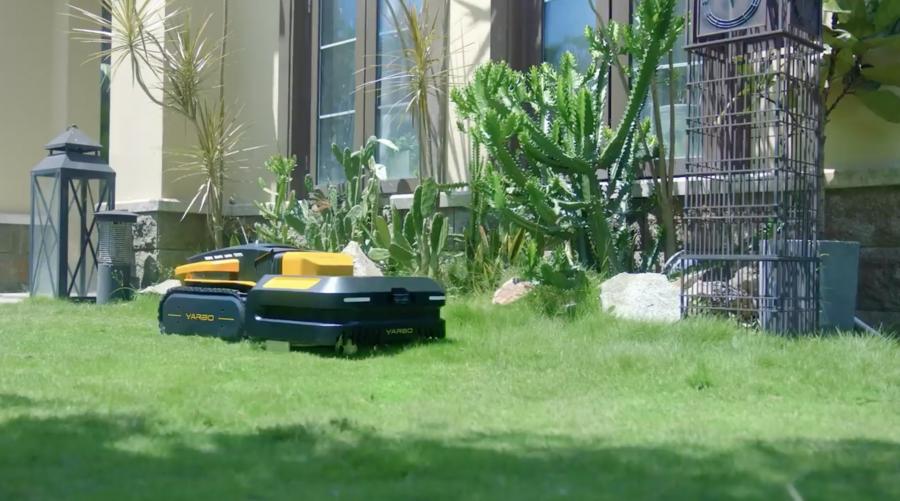 Check out the Yarbo robotic mower, snowblower, and leaf blower in action via the video below!