Water Cannon: A Giant Squirt Gun on a Tripod 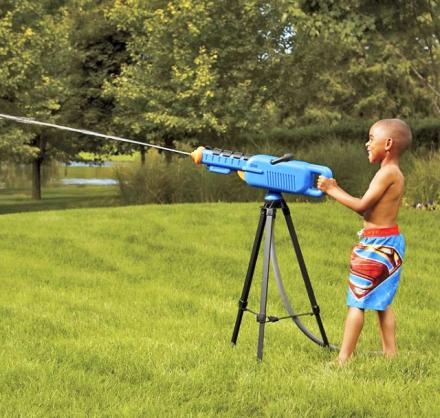 Where were these awesome water toys when I was a kid? When I as a kid all we had was a lousy squirt gun that shot 7 feet away which you had to refill with every other pull of the trigger. Similar to one of those massive machine guns you might find on the top of some military hummer, this water canon comes with it's own little tripod that you can use to swivel the gun back and forth to easily cover every angle where your enemies might be coming from, and since the gun attaches directly to your garden hose, you can destroy your invaders with an everlasting amount of water (unless you live in California). Plus the water cannon can shoot up to 100 feet away, so even your farthest away enemies aren't even safe from your wrath.

Not only can the water cannon be used by your children while in a water fight with the neighbor kids, but this giant squirt can could also be useful if you might have dogs that like to bark at stupid things while outdoors. Simply turn on your hose, and squirt your dog until they stop barking. Eventually they should equate barking with getting soaked by a giant water cannon and eventually stop barking at non-sense outside like other dogs, squirrels, or a shadow that moved just a little bit from the wind. 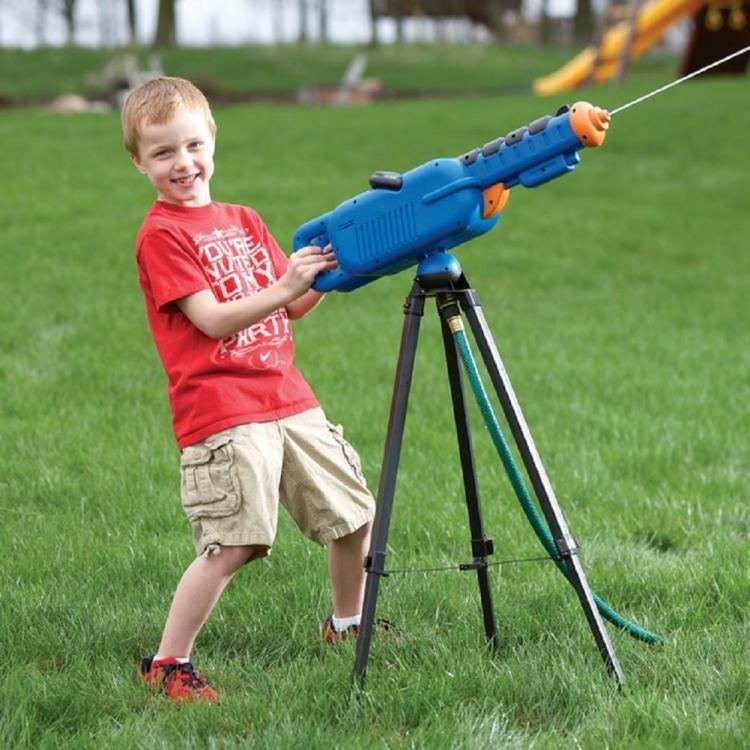 The giant water cannon attaches to a stable tripod for perfect aiming every time, shoots up to 100 feet away, is blue, black, and orange in color, and can pretty much guarantees you win every water fight you get in to.

Check out the giant water cannon squirt gun with a tripod in action via the video below.