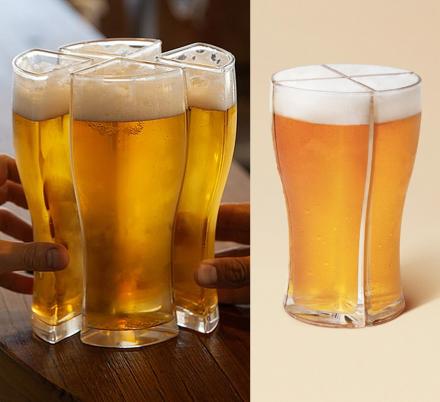 We've all been there... trying to carry 2, 3 sometimes 4 glasses of beer at once to the table we're at after buying everyone a round. No one wants to make the shameful second trip back to the bar to get more drinks. That's why someone invented this ingenious new drinking vessel called the Super Schooner! It's designed to help you carry four different glasses of beer at once. When pushed together they look to form one large pint glass, but they come apart like pieces of a pie to form 4 different drinking glasses.

In Australia, the term Schooner refers to a beer glass that holds 285ml (or 10 oz) of beer, so when you head down under and someone asks you to carry a four-schooner round from the bar, you can take solace if the bartender poured them into one of these Super Schooner glasses! You can carry it like you would 1 pint glass with either one hand around the entire bottom, or use both hands around the entire perimeter of the glasses. They then easily come apart once you set them down. 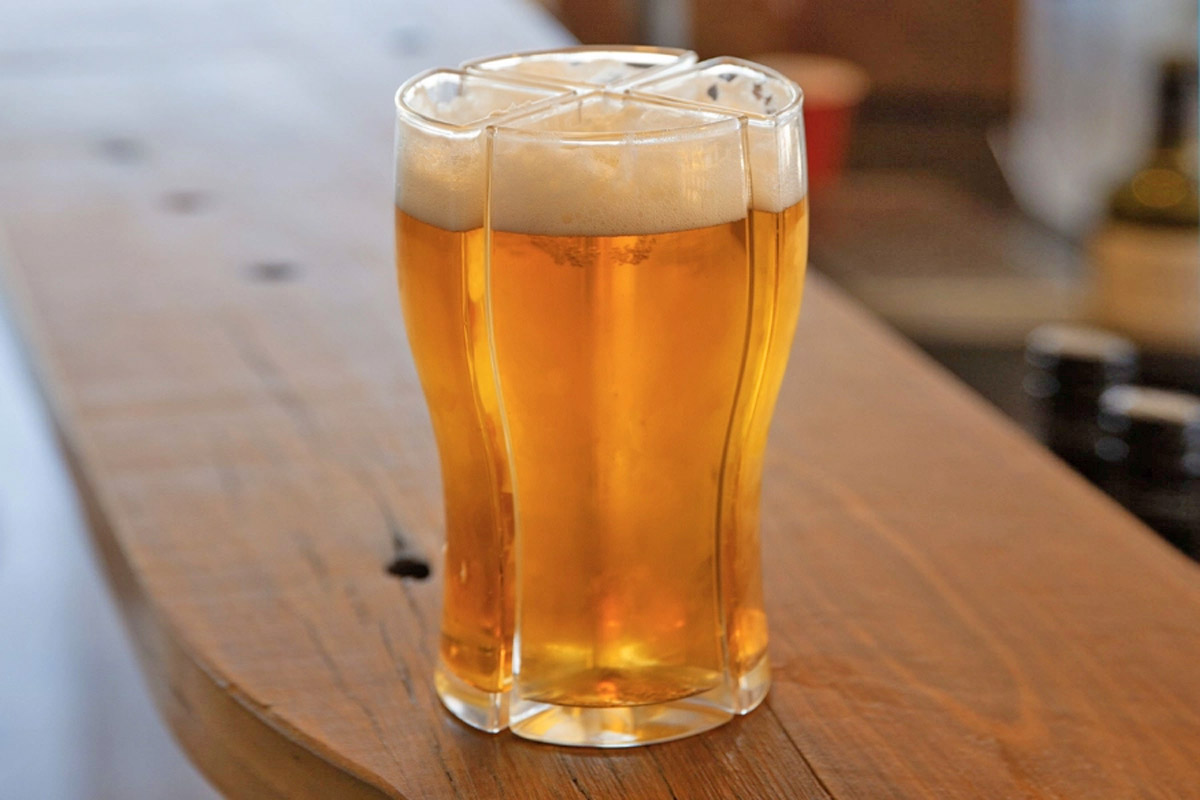 Whether the Super Schooner is for four beers for yourself, or you're sharing three with some friends or family, this ingenious new drinking vessel design is something we can perhaps look forward to in a future where we can actually go out to bars once again without worrying about getting the plague. 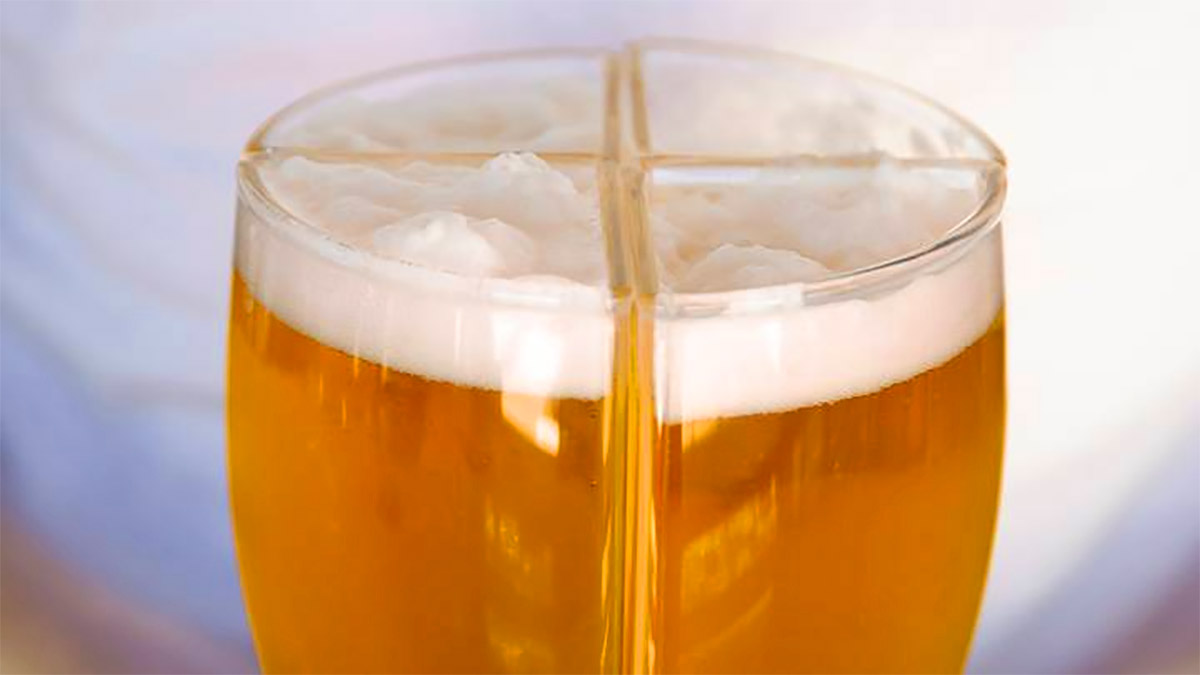 The unique 4 beer glasses in one design will be unveiled at the Sydney Institution Vic on The Park for the final State of Origin rugby game on November 25, 2020. The Super Schooner quad-beer-glass will be on the menu for 35 bucks. It'll be a great way for four friends to pool together some cash to grab a really unique beer glass. 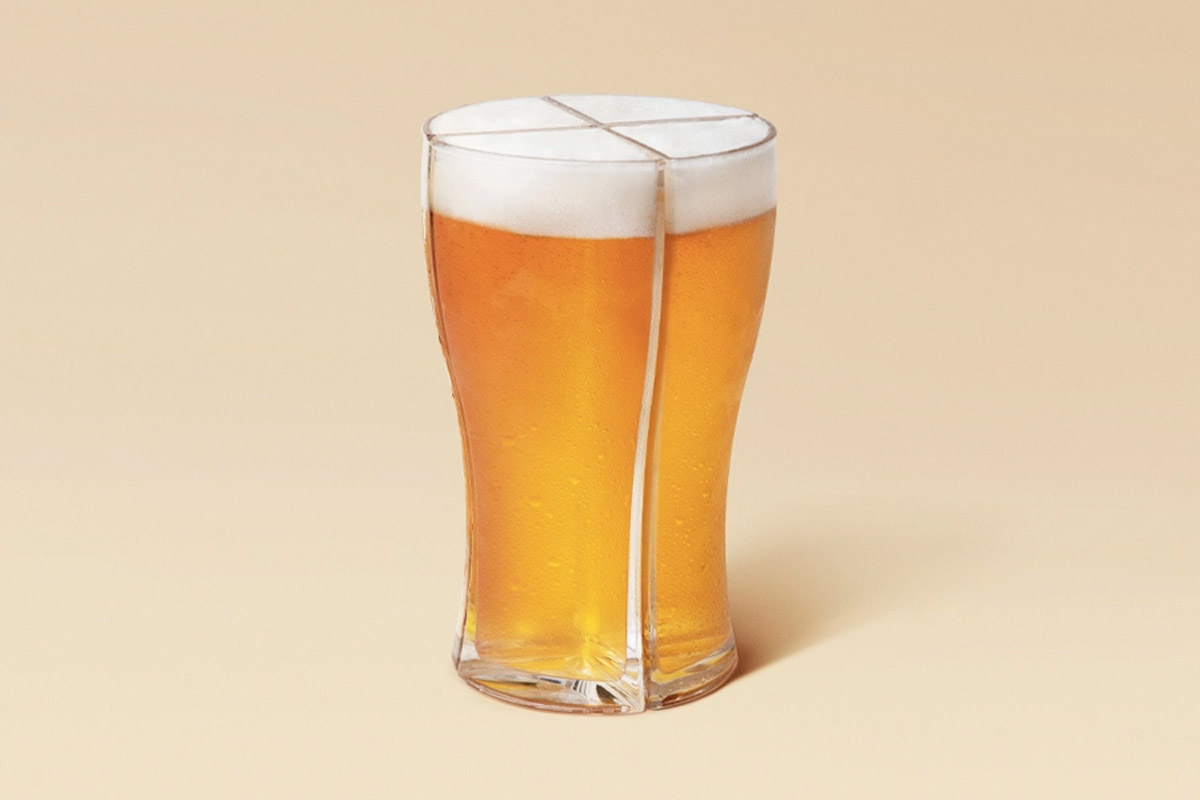 Where the uniquely shaped beer glass goes from there is anyone's guess, but we can only hope the design takes off and bars everywhere start serving them! 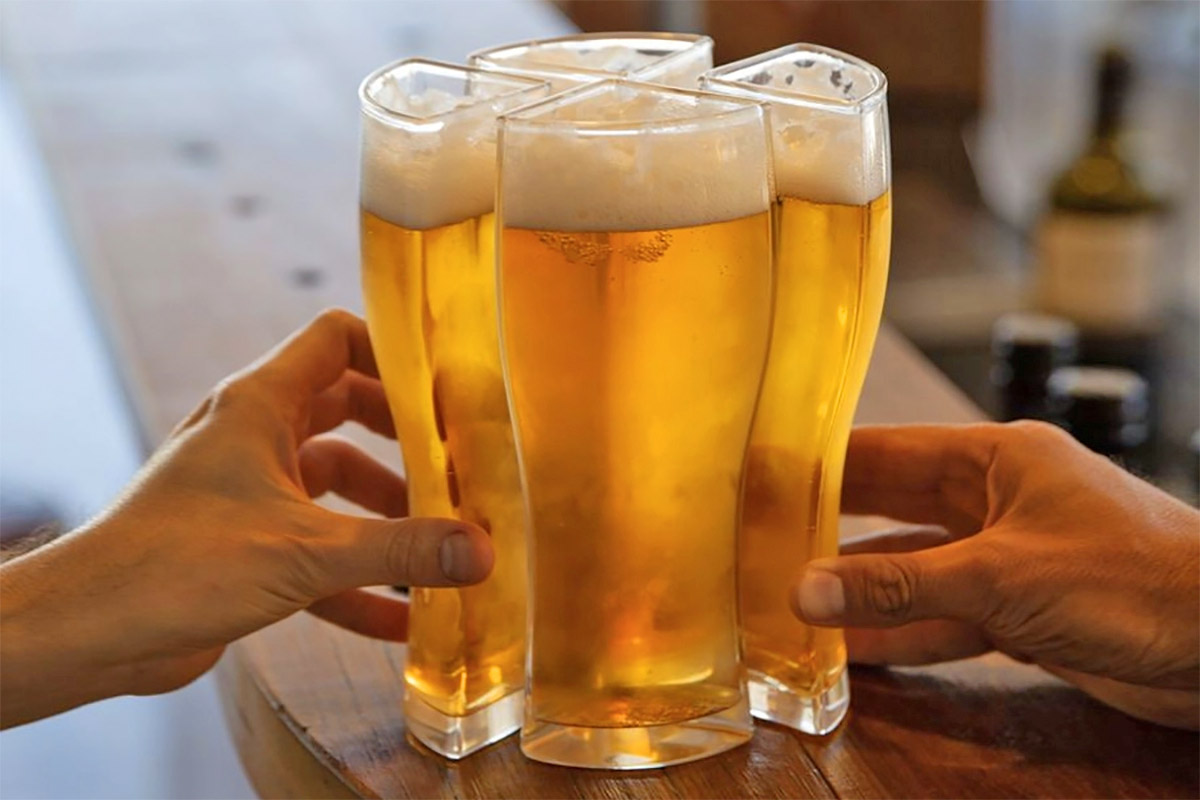 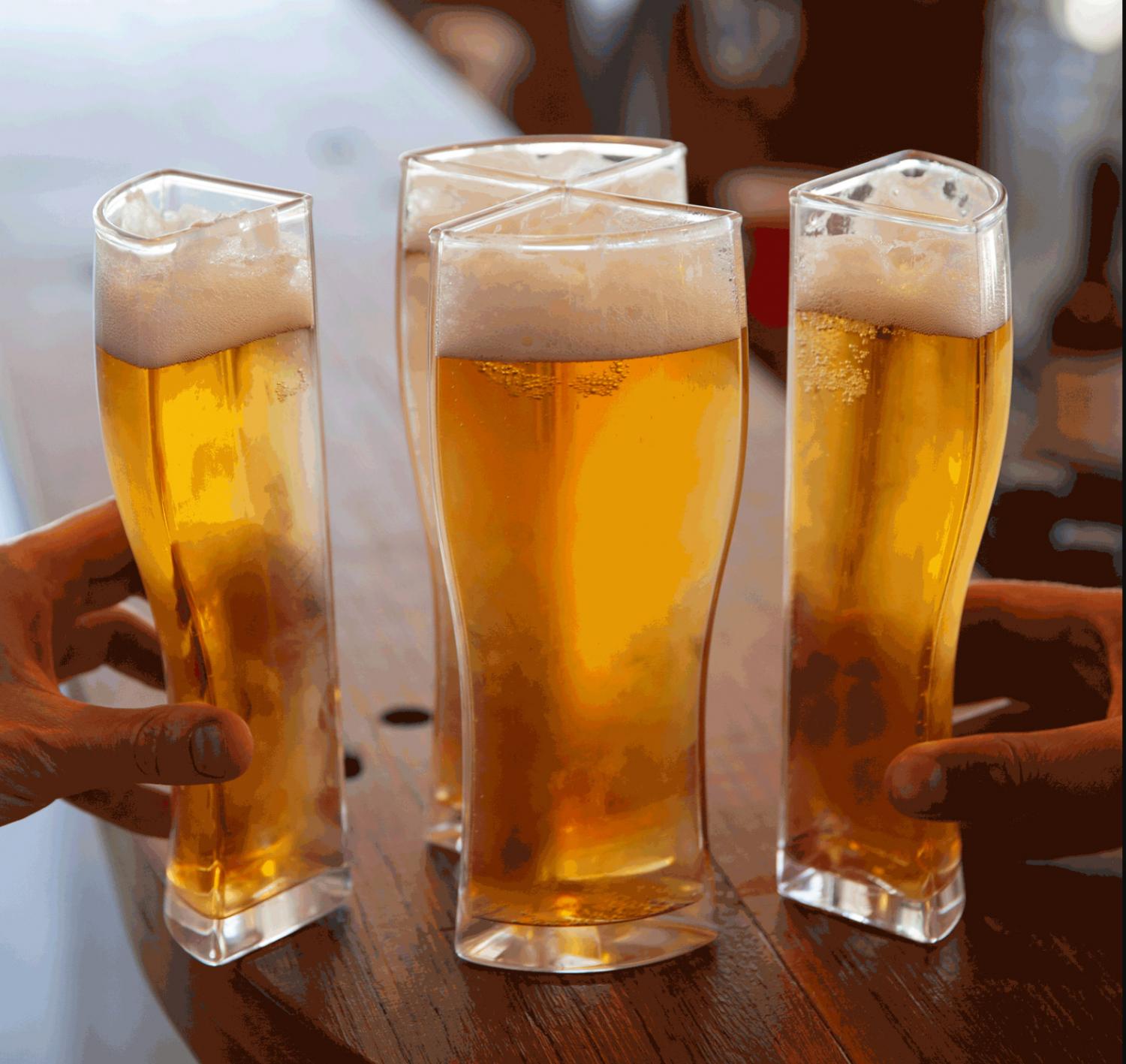