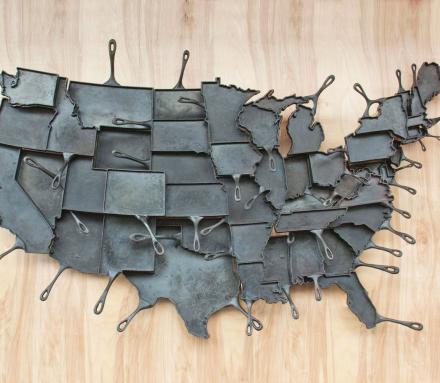 The state shaped pans are a set of skillet pans with each one shaped like a different state in the country to scale, besides of course Alaska and Hawaii. Alaska would make a pancake 4 feet across, while Hawaii would have to be like 5 different pans. Perfect for making a batch of eggs in the shape of Massachusetts, a tater-tot hot dish in the shape of Minnesota, or a giant pancake in the shape of California, the state shaped pans range in price heavily, where Rhode Island will just cost you a mere $150.00, where Texas is going to run you $2,500.00. So just hope the person you're buying this for lives in one of those tiny New England states.

The state shaped skillet pans are made by a company called FeLion Studios, a design studio which is base out of Wisconsin that specializes in cast iron art. Each pan comes with a magnetic wall attachment which allows you to display it on your wall when not making state shaped foods. Plus you can collect them to make regions such as the Mid-West, New England, or continue on to getting all 48 state pans which equals out to 500 pounds of cast iron, and a hole where your wallet used to be. 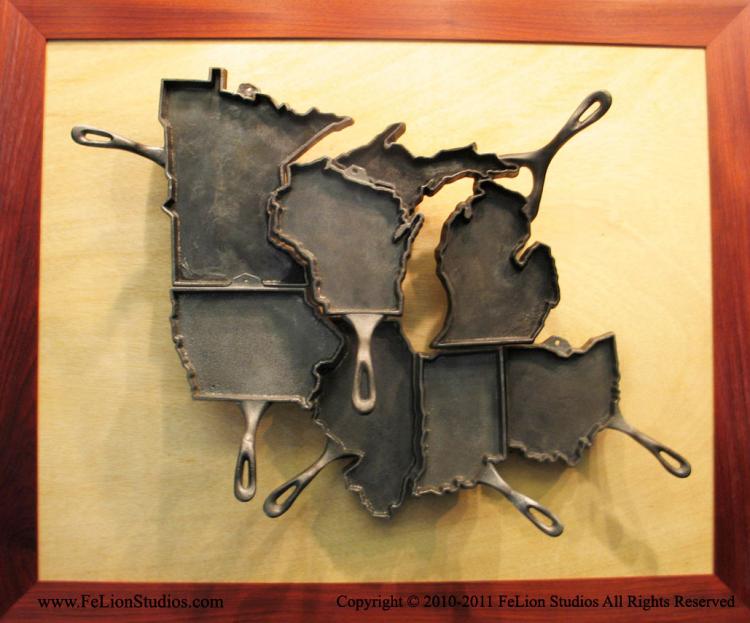 The state shaped pans are made from cast iron, are perfectly usable to cook on, either come with one handle or two handles depending on how large the state is, you have an option of seasoning the pans if you like, and the weight of the pans varies from 30lbs (Texas), to 10 oz (Rhode Island). 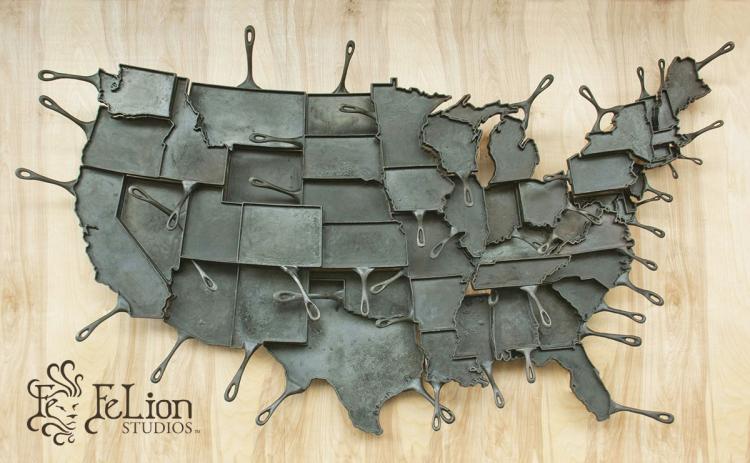 Check out the Made In America state shaped skillet pans in action via the video below. 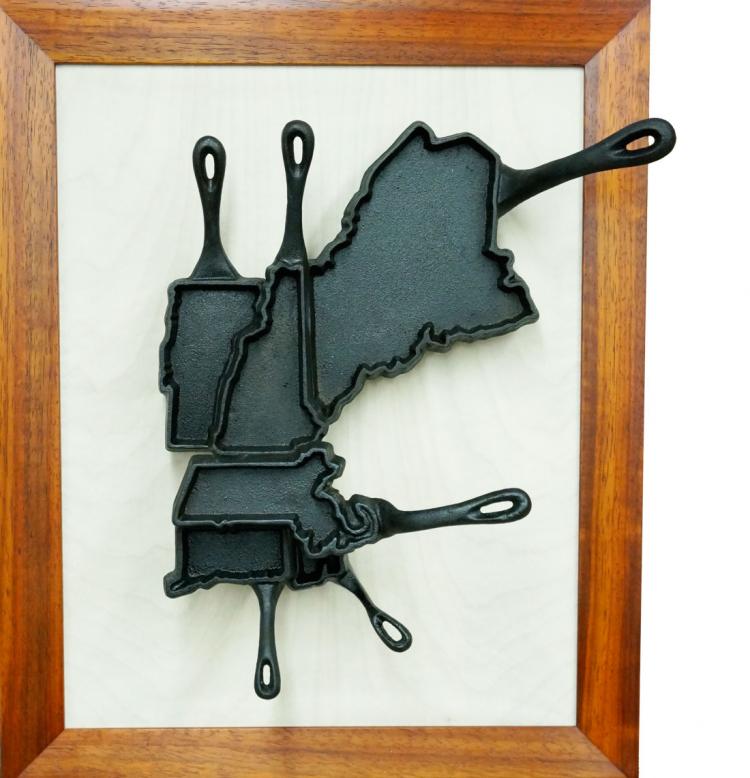 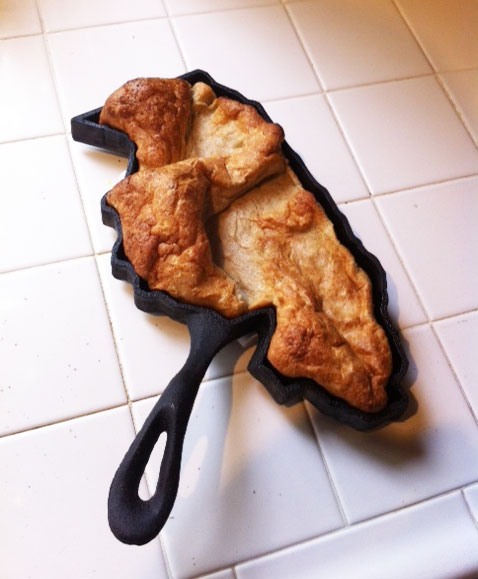 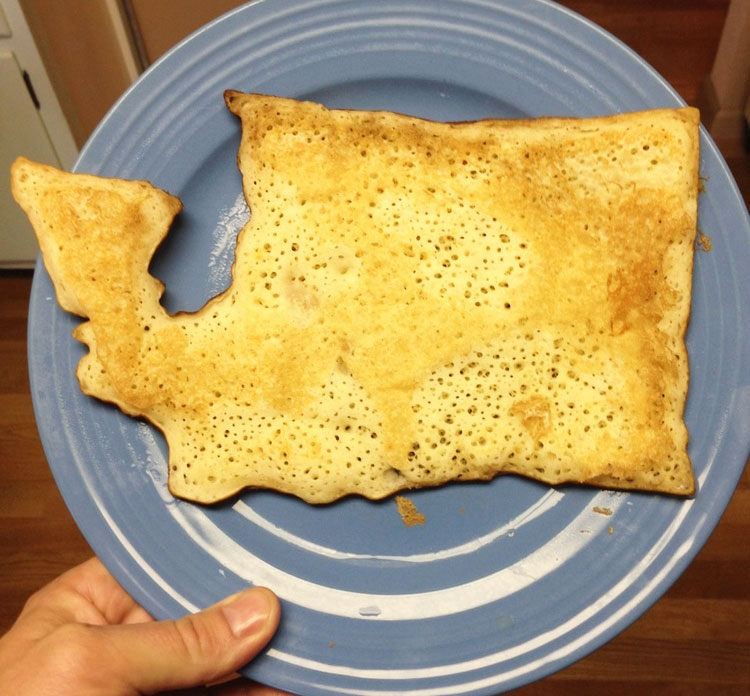 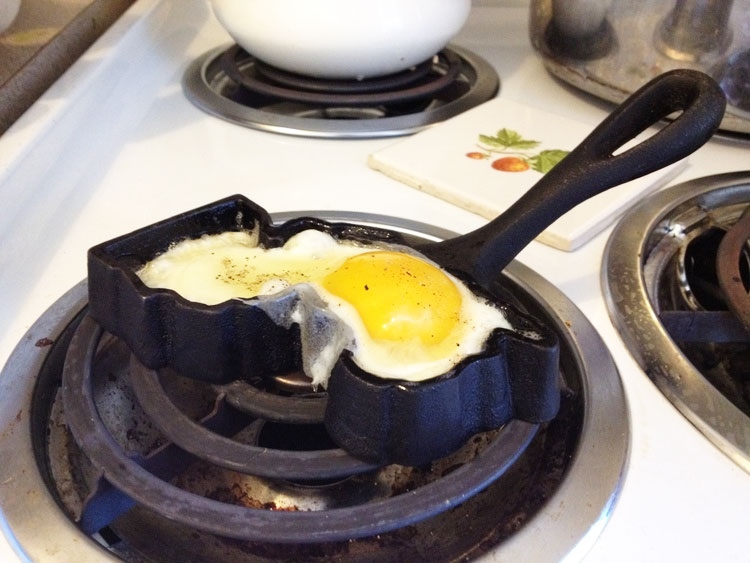 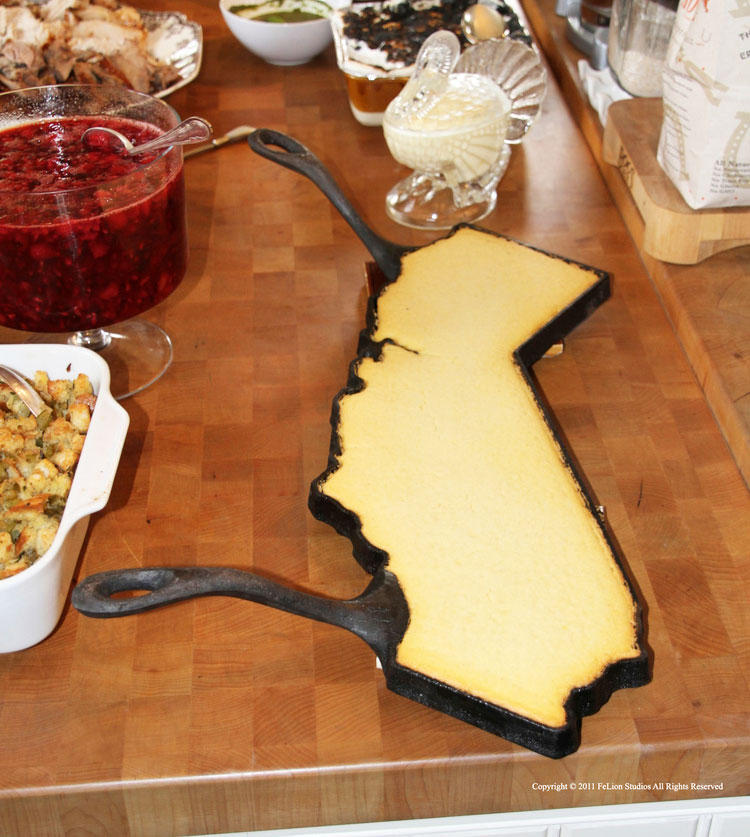 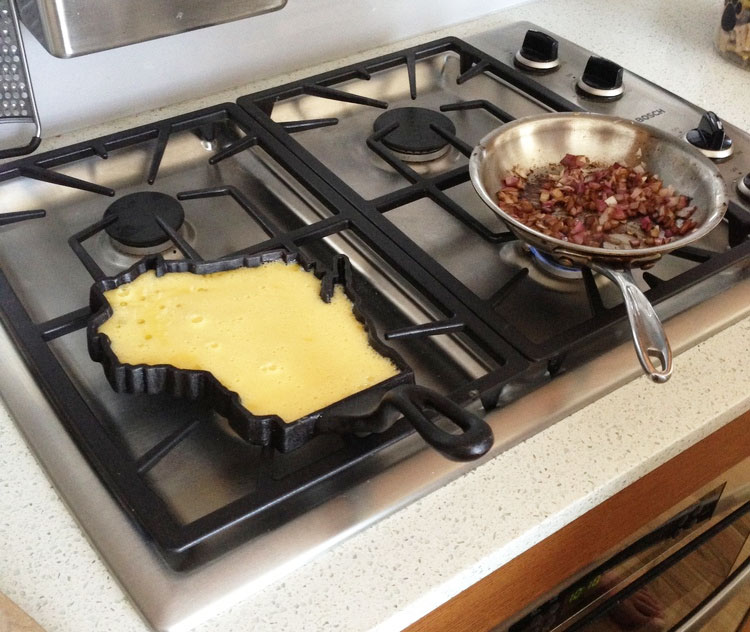 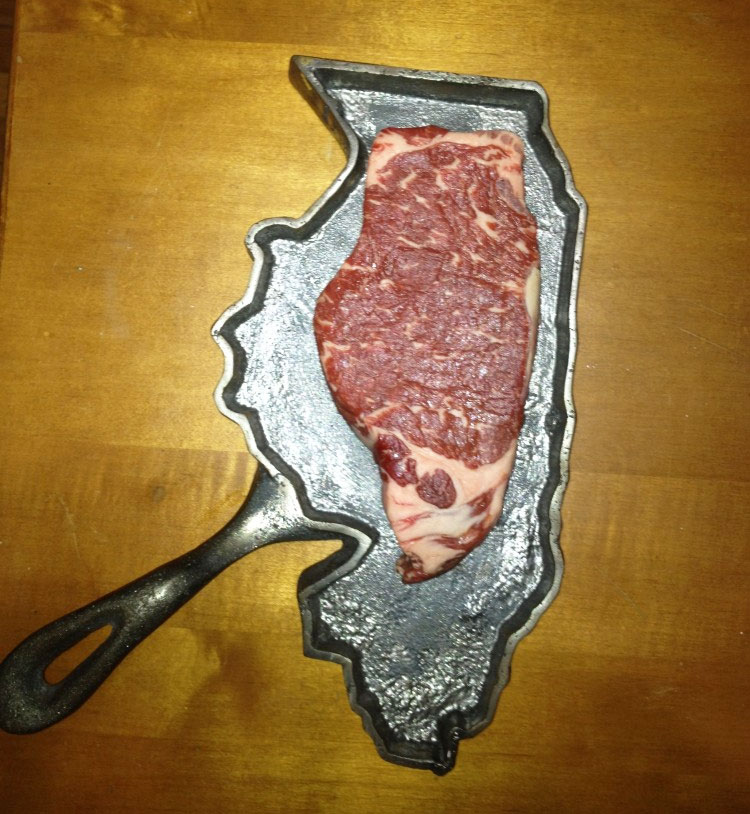 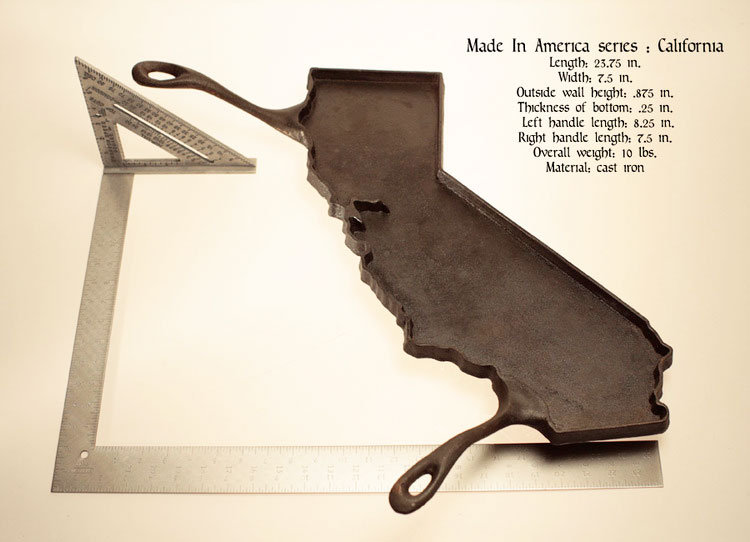 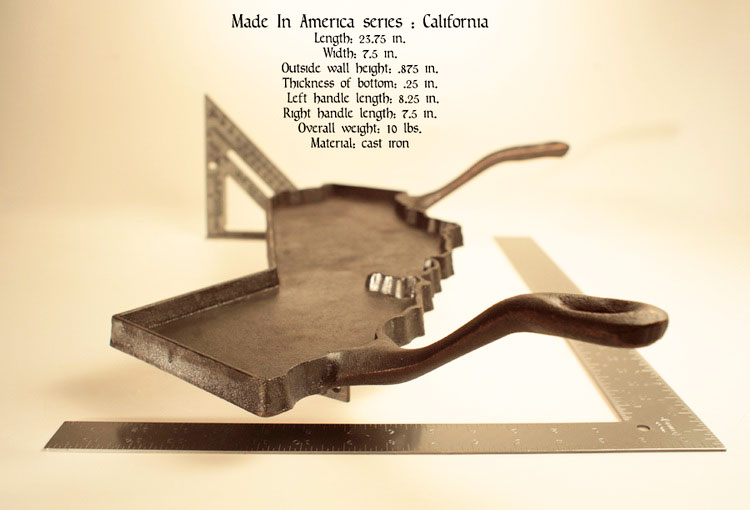 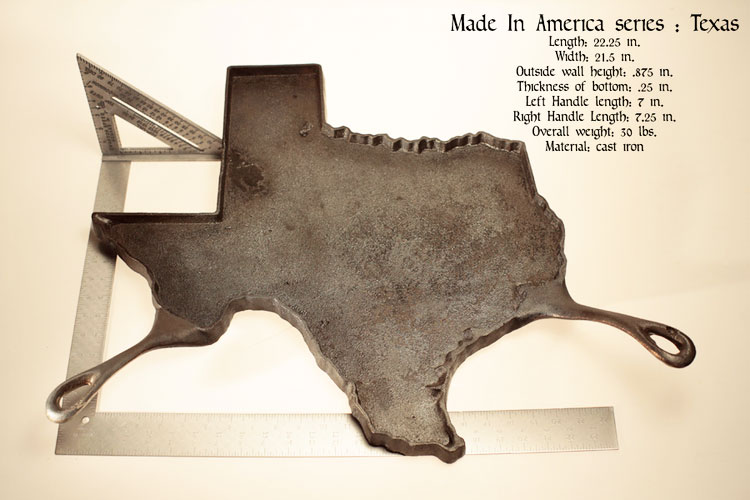 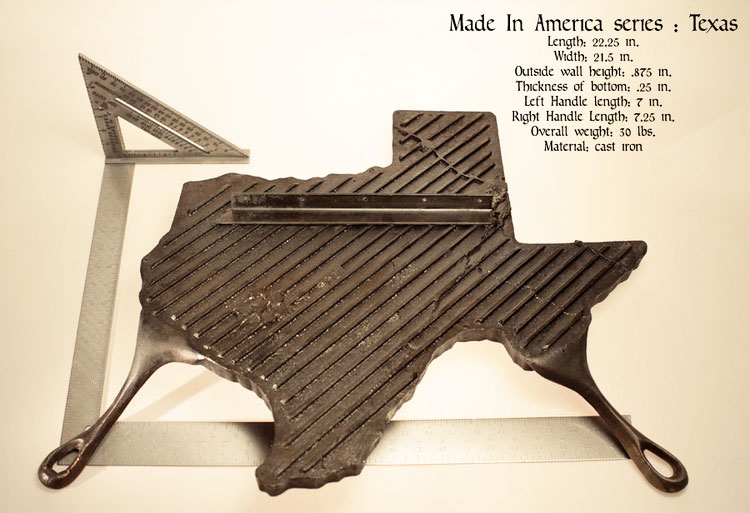 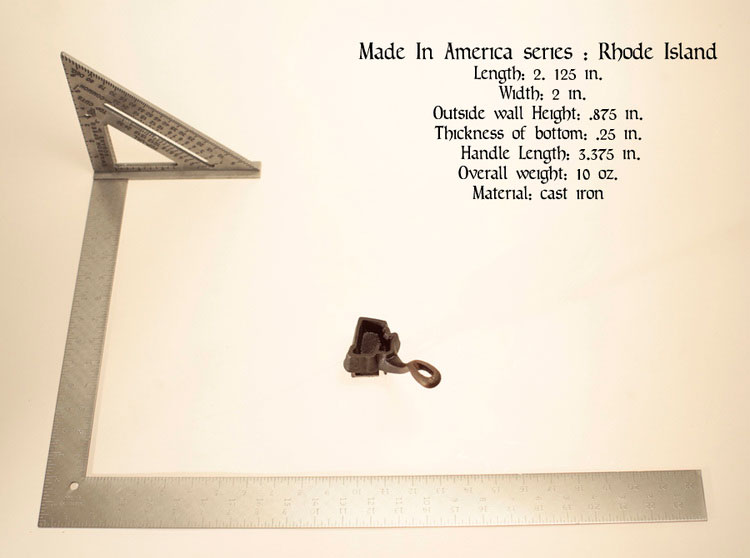 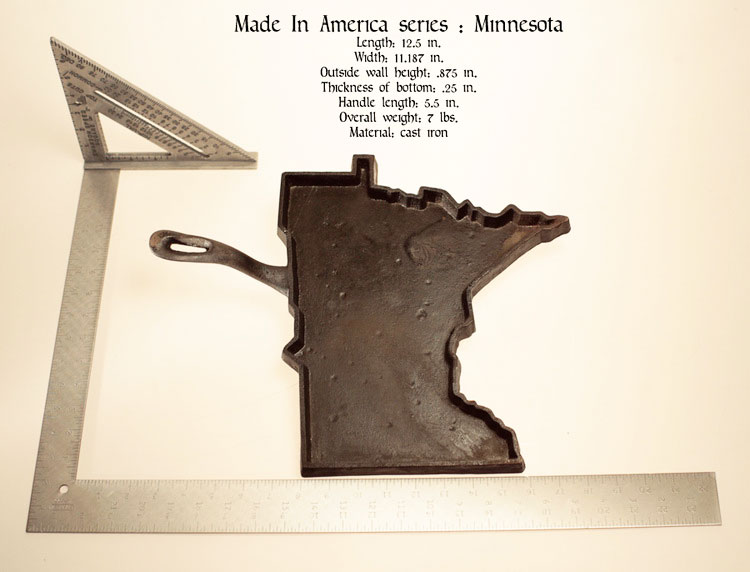