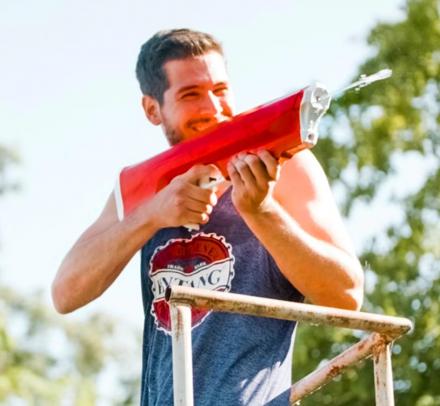 When it comes to water gun toys, they aren't very accurate, they run out of water too quickly, and they just weren't made for adults. Luckily someone invented this water gun for adults called the Spyra One. It shoots individual bullets of water that shoot surprisingly far, and can be very accurate.

The Spyra One adult water gun is not like any regular water gun, as it's also electronic. It has a digital display that shows you how many shots you have left with your current fill, and can actually be auto-refilled by just putting the tip of the gun into water. Once dipped into a lake or river to refill, it'll fill itself up, and re-pressurize itself. 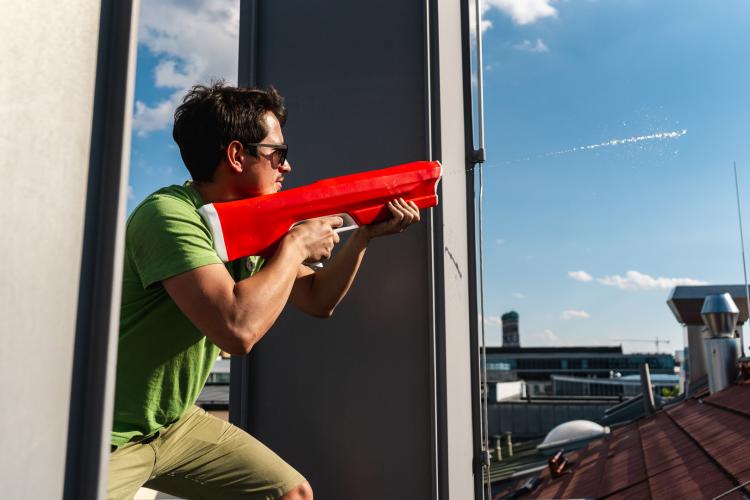 With the Spyra One, there's no pumping, just pull the trigger to release a 30 ml water bullet that can travel anywhere up to 40 feet in distance. Though at longer distances the water bullet will start to lose its integrity and become more of a mist.

Check out the Spyra One adult water gun that shoots out individual bullets of water in action via the video below.