If you're still planning on getting your toddler a baby shark costume for Halloween, think again! There's much more amazing costumes out there, and one of them is this incredible LED stick figure costume. When in the dark, the costume eliminates the outline of their actual body, and turns them into a glowing stick figure. They're called an LED Stickman Costume, and they're made by the company Glowy Zoey.

The LED stick figure costume comes in sizes ranging from toddlers, to adults, and you can get the LED costumes either in different light color options, or there's an option for an RGB led costume which lets you change it to whatever color you want. 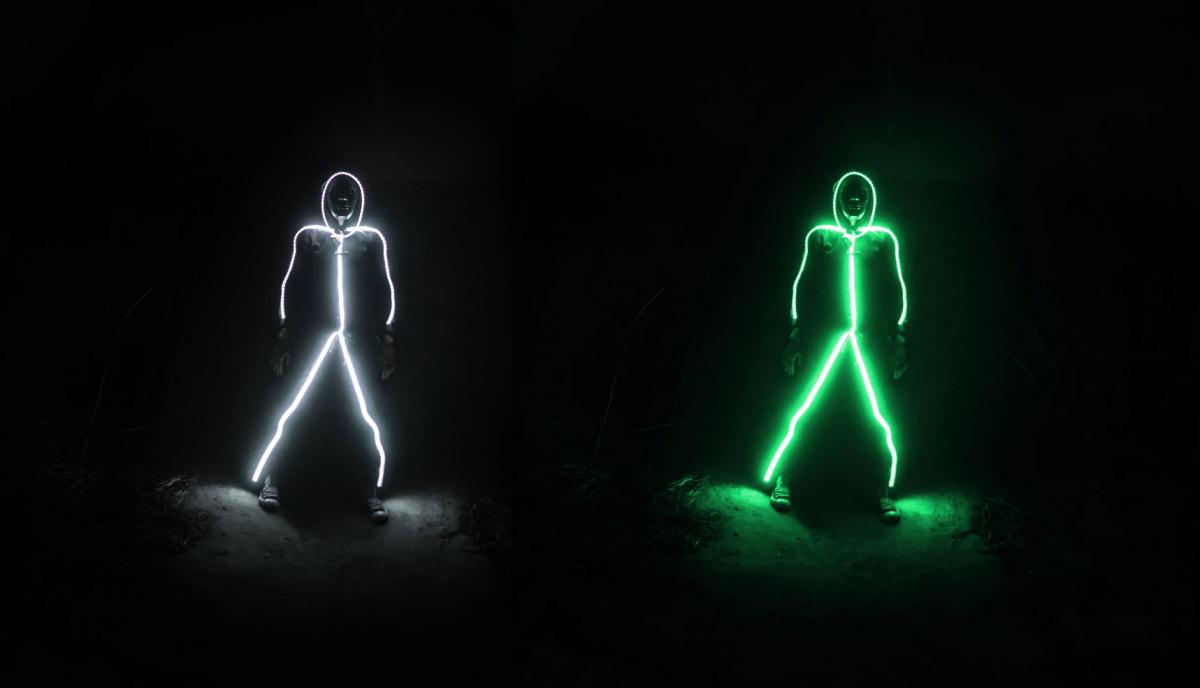 The RGB led costume is also 3 times brighter than their standard LED costumes! 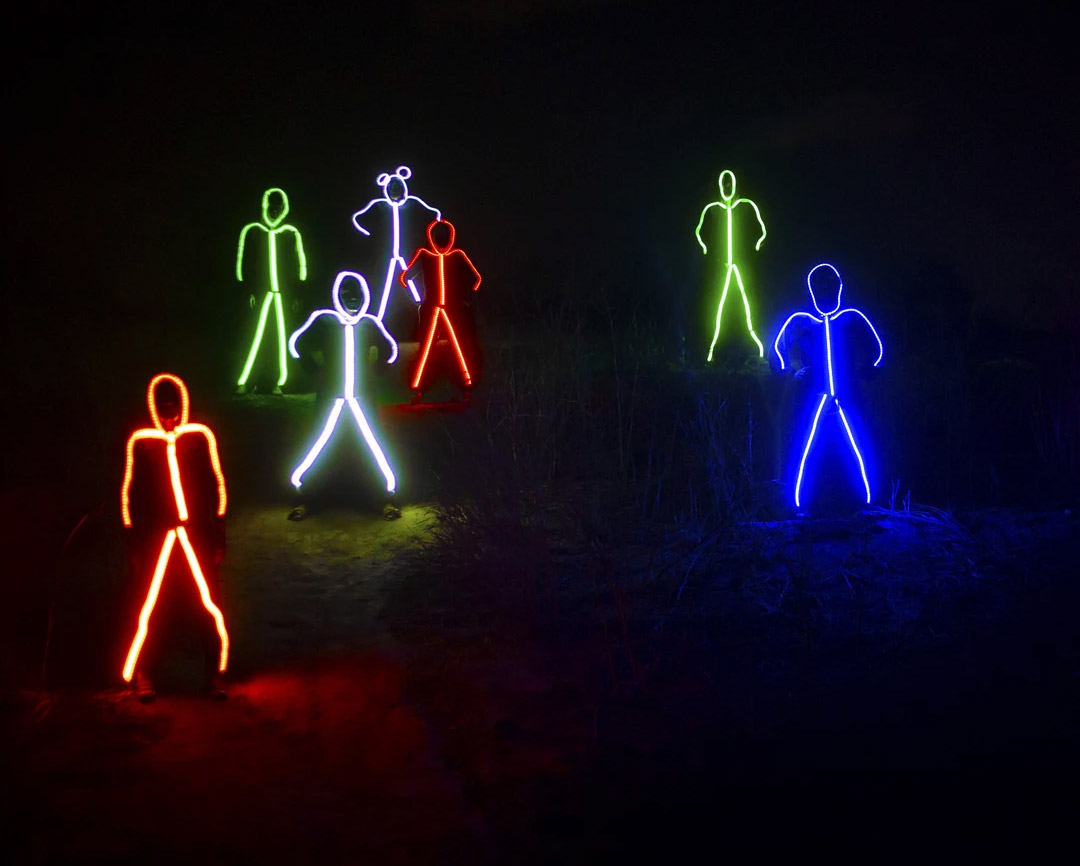 If you'd like to be a glowing stick figure along with your child they sell an adult version that comes in sizes ranging from small to XXL, and it comes in a variety of different colors to choose from. 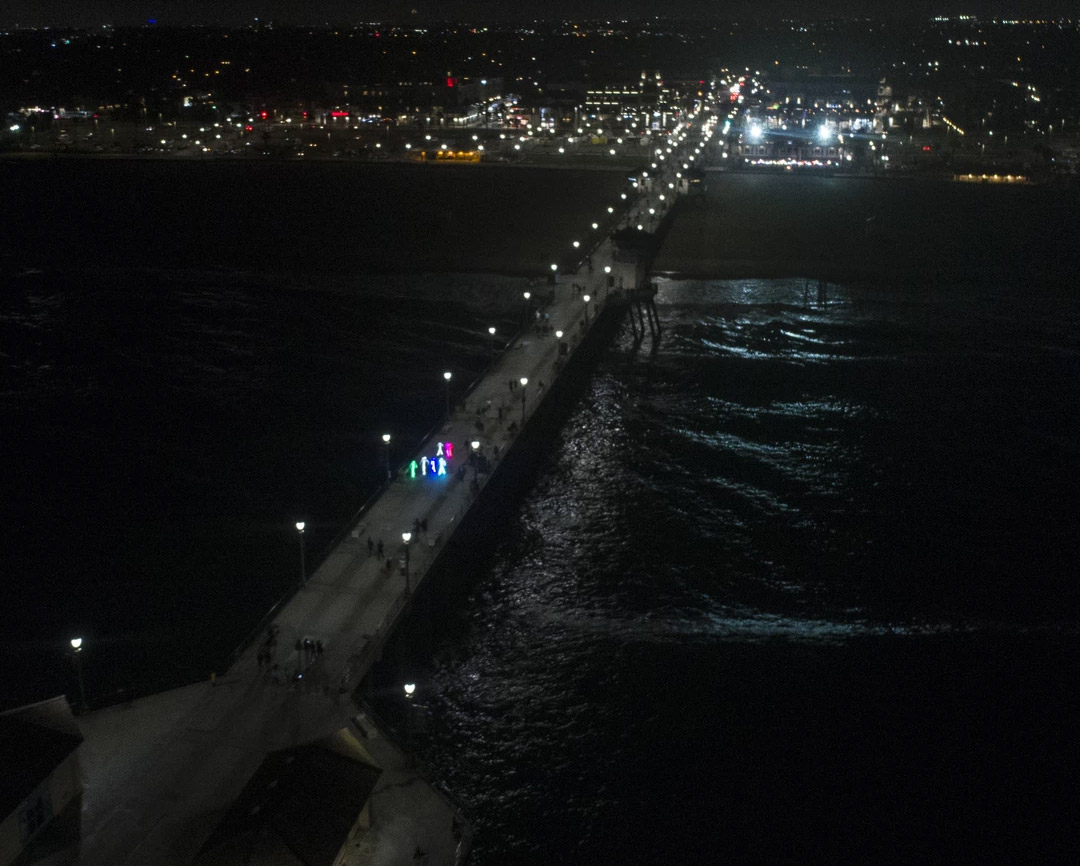 The adult stick figure costume is powered by 8 AA batteries, though you can purchase a rechargeable battery pack to be able to use it by just recharging one battery instead of having to replace 8. 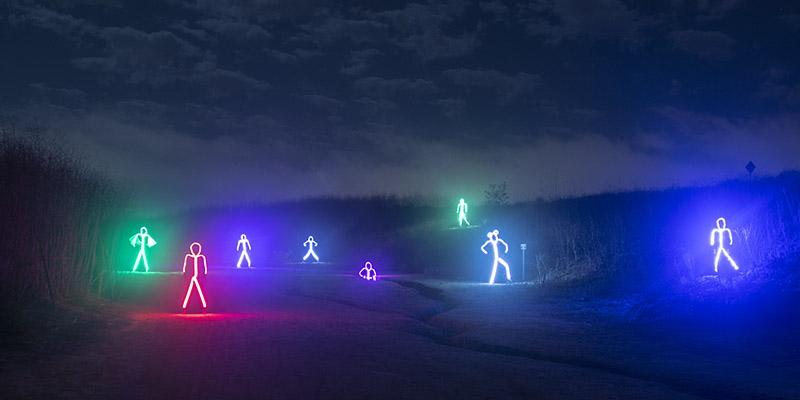 You can control brightness levels, 6 flashing modes, along with the different color options on the RGB version right on the costume, though you can also purchase an optional RF wireless controller to be able to control the costume for another person wearing it from afar.

The company also sells a slew of accessories to along along with your LED stick figure costume, including LED Mickey Mouse ears, LED eyes, masks, bracelets, and more. 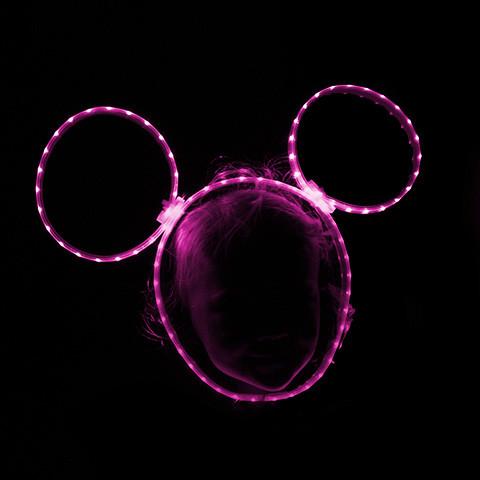 According to their website, the Glowy Zoey light-up stick figure costumes are not your average one-use cheap costume that you buy at retail stores. 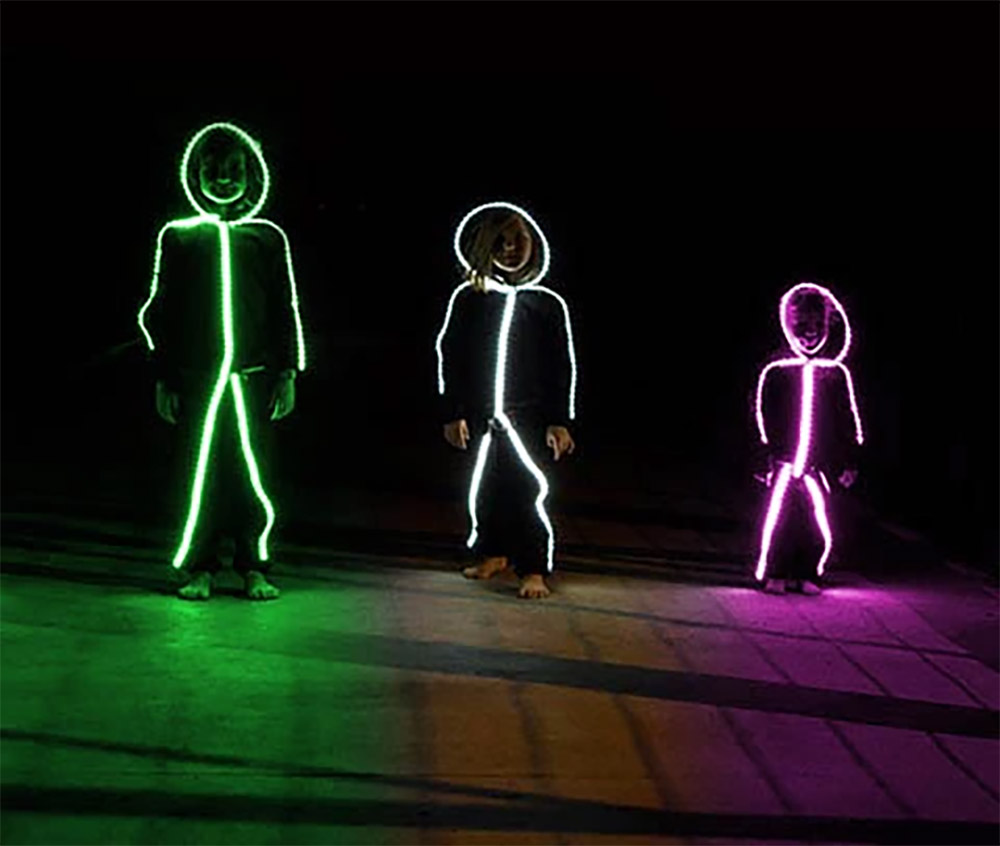 Their LED costumes are extremely high quality, and are made to be used year after year. 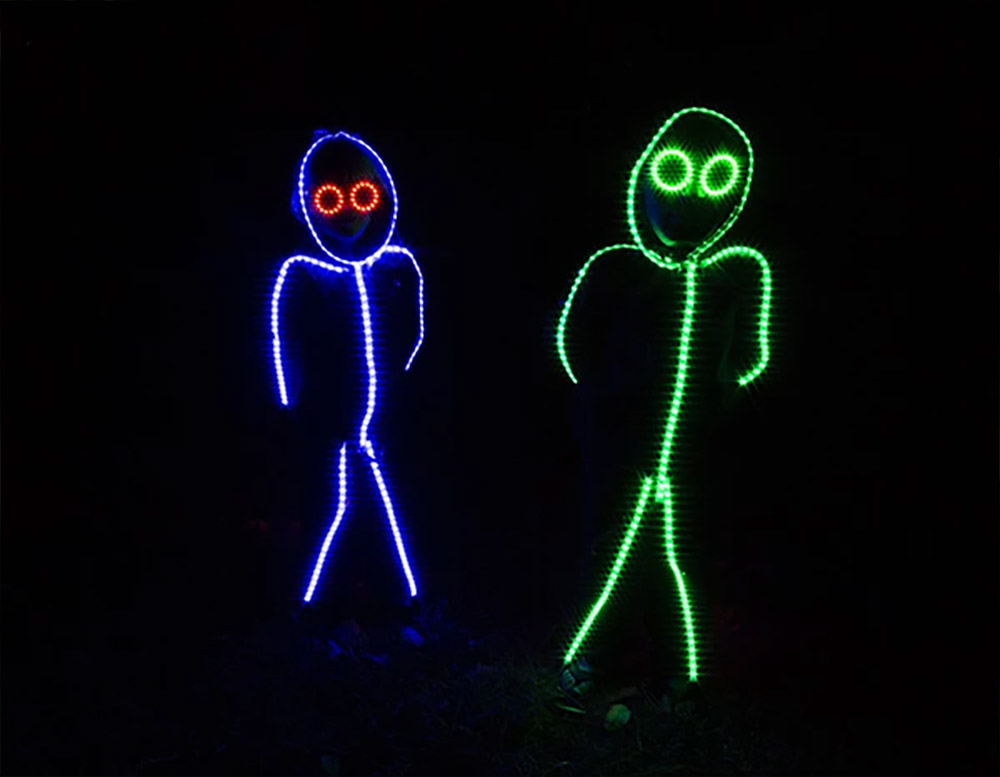 They also state that they've even been used successfully while skydiving at temperatures of -20 degrees F. 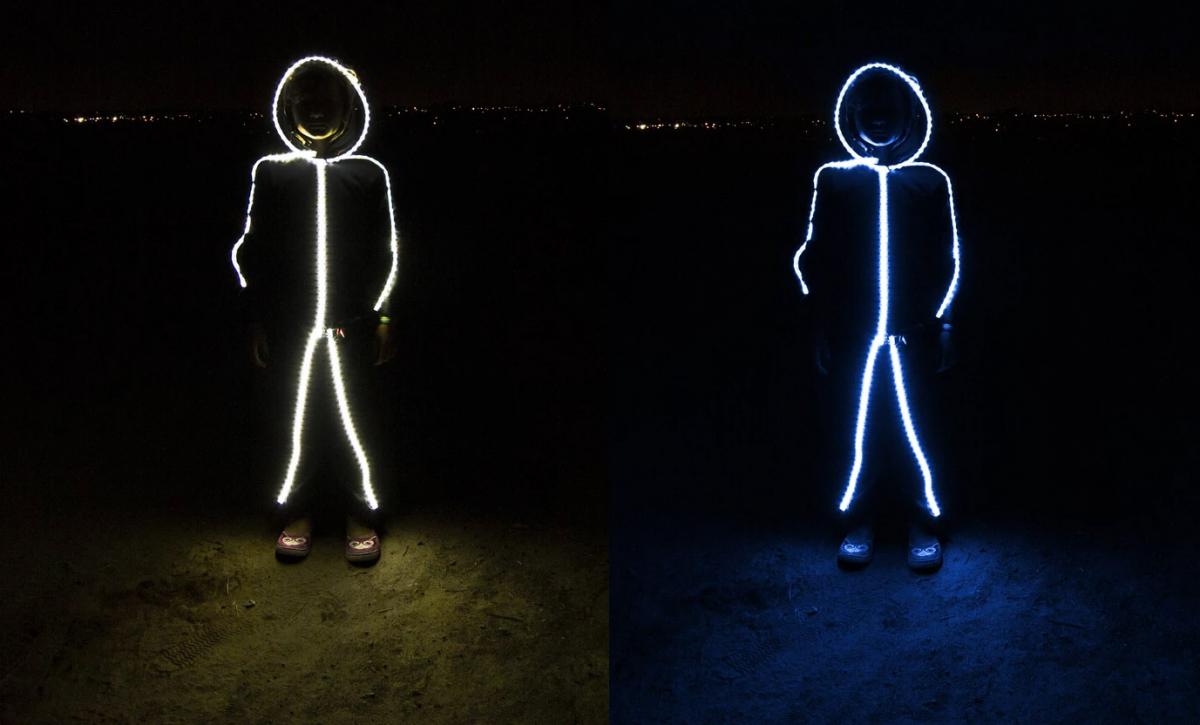 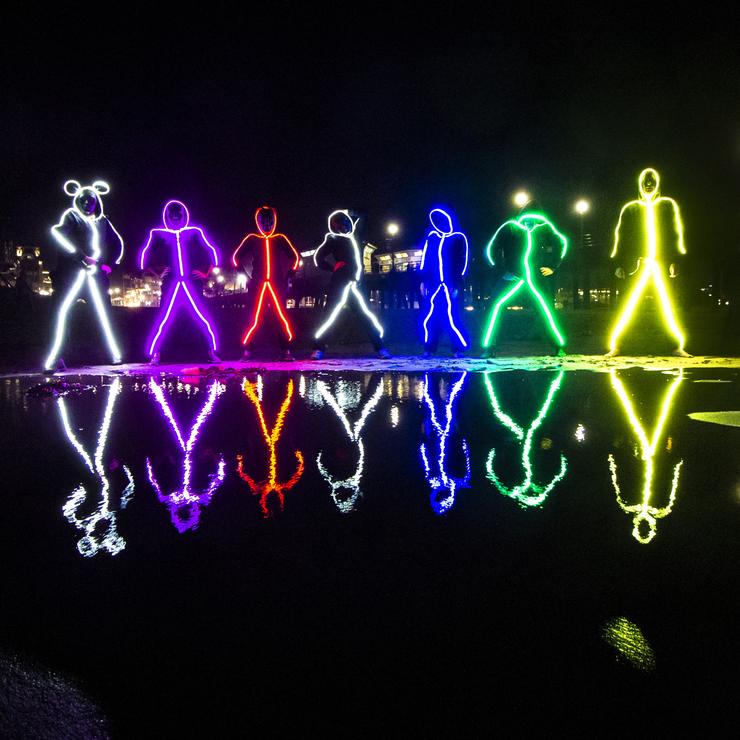 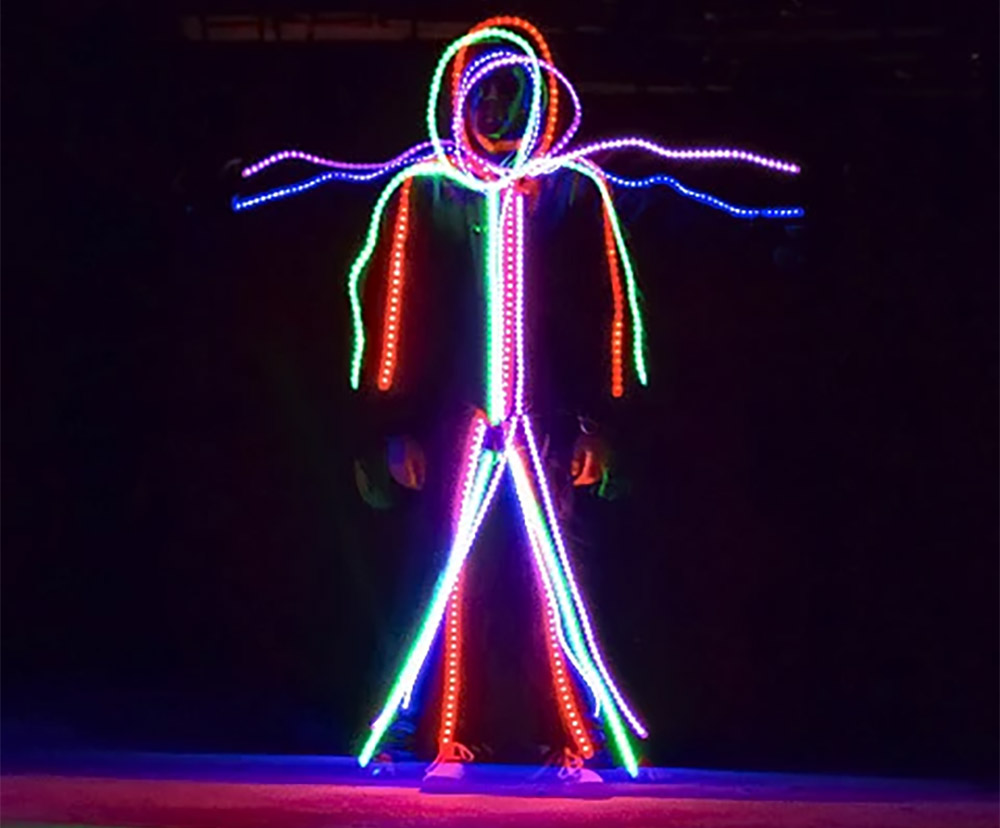 You can snag one of these LED stick figure costumes from their website for around $50-100 bucks depending on which version you select! 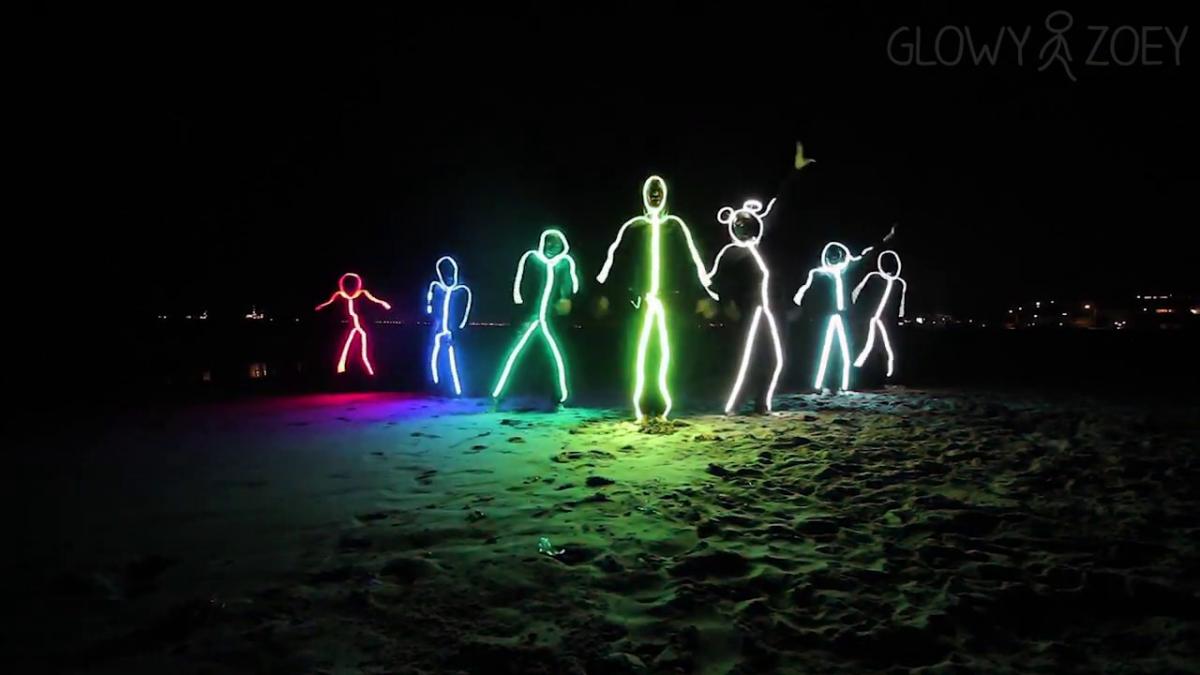 Check out the LED stickman Halloween costumes in action via the video below.