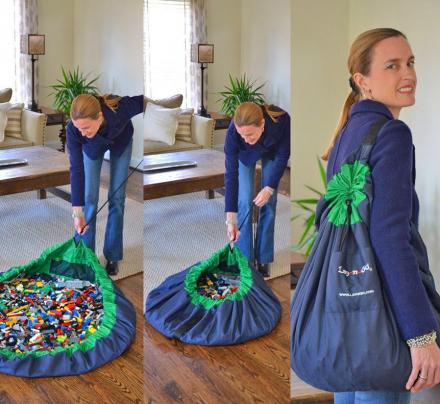 Ever had to go around your kids playroom picking up hundreds, if not thousands of pieces of Legos or other small toys? If not, you probably don't have a child that's crossed that age threshold yet, but don't worry, your day will come. This collecting mat, called the Lay-n-Go, helps to ease the mess of toys and building blocks that are scattered around your room, while keeping them more organized, and letting you easily pick them up and carry them away by just pulling the drawstring to close it.

To use the Lay-n-Go, just open it up and let you kids play with their building blocks and toys on or around the mat. It opens up to become a large circle where they can hopefully contain their toys. Once done, just pull the drawstring, which will fully enclose all the toys, and it'll then become a handy bag that you can throw over your shoulder to transport anywhere quickly.

Allowing your kids to play for hours, and cleanup in seconds will not only make your life easier, but also your kids! They'll no longer dread that time when playtime is done and it's time to pick up all their toys and cleanup their playroom! If they've contained their toys within the Lay-n-Go, their jobs is practically done already!

The Lay-n-Go Lego and toy collecting mat comes with shoulder straps so you can comfortably wear it as a backpack, plus there's four mesh pockets so you can store more than just toys inside of it. The mat completely cinches closed to securely take your kids toys and building blocks anywhere without worry of them spilling out or getting lost. 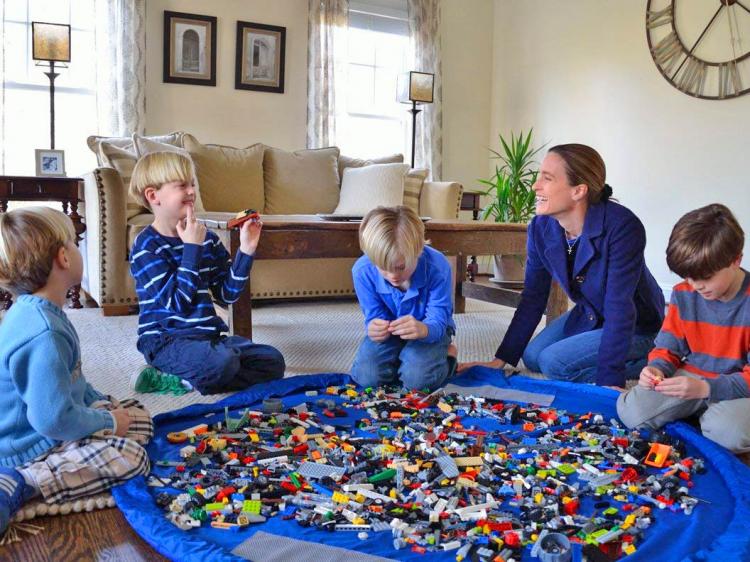 The Lay-n-Go is machine washable if it gets dirty, comes in a few different color options to choose from, is made from poly-ripstop on the inside along with poly material on the outside, and measures 44 inches in diameter when opened fully flat. 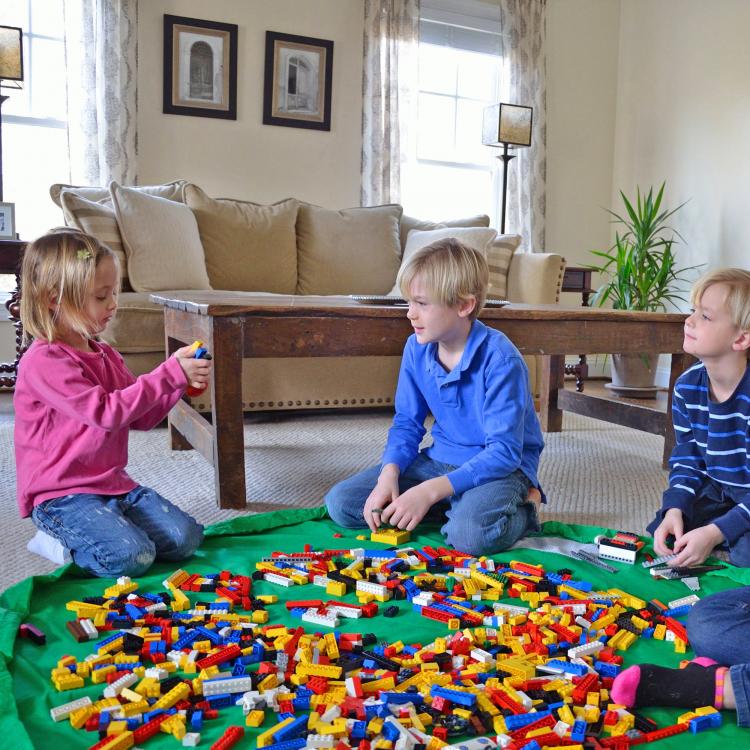 There are a few different sizes of the Lay-n-Go collecting mat including the extra large version featured here, a smaller version that measures 18 inches in diameter which is perfect for traveling in cars and airplanes, along with an extra small version that's used to easily haul around cosmetics. 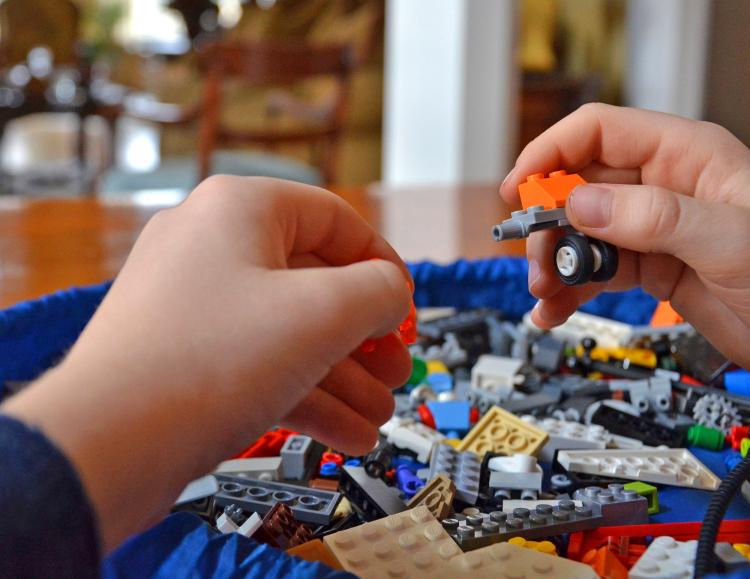 Check out the Lay-n-Go collecting mat in action via the video below. 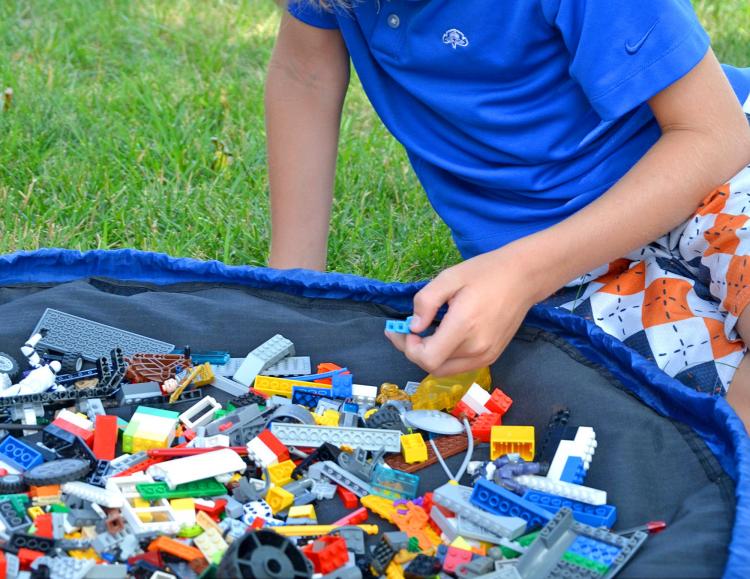 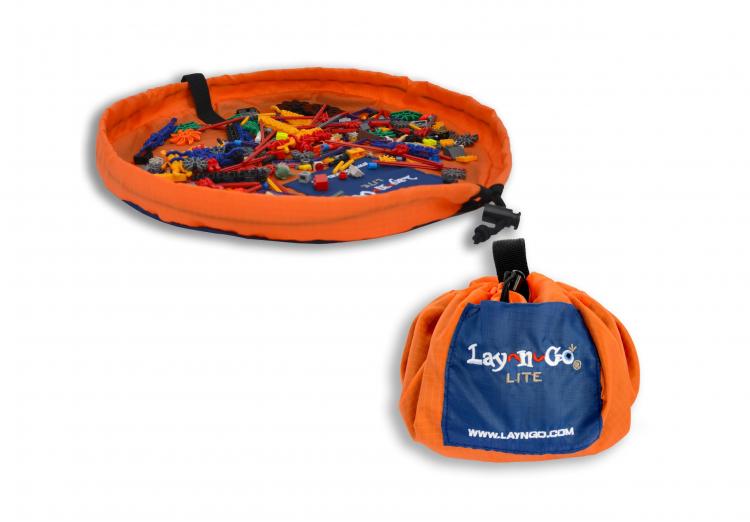 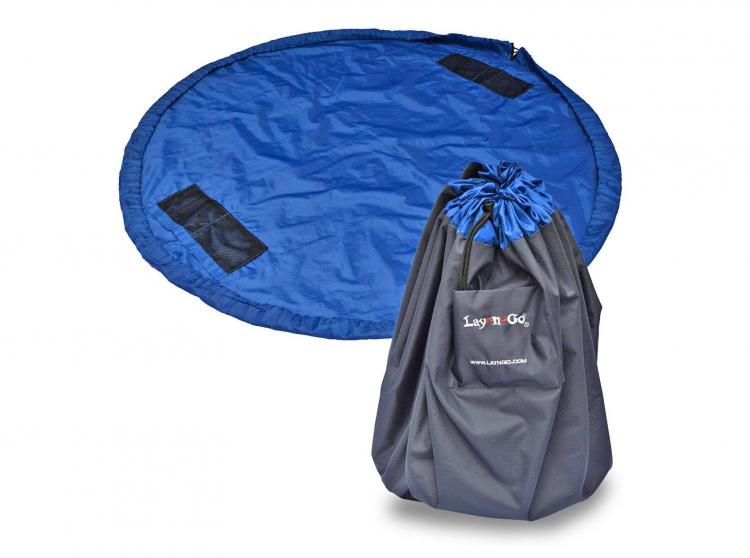 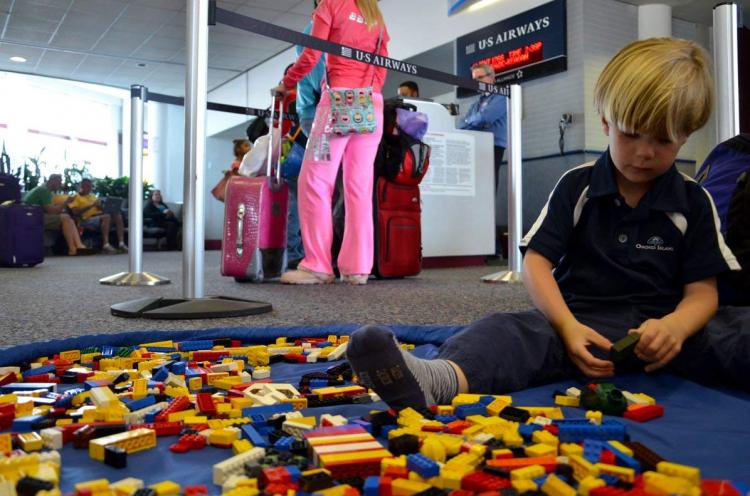 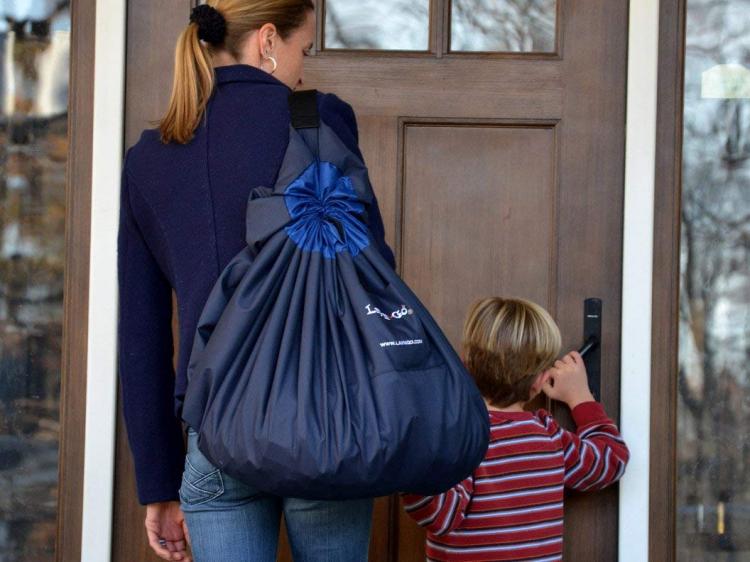 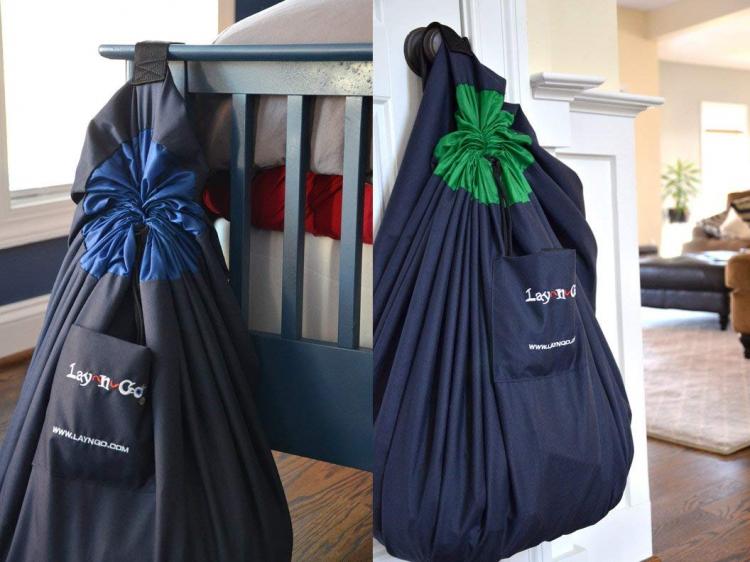 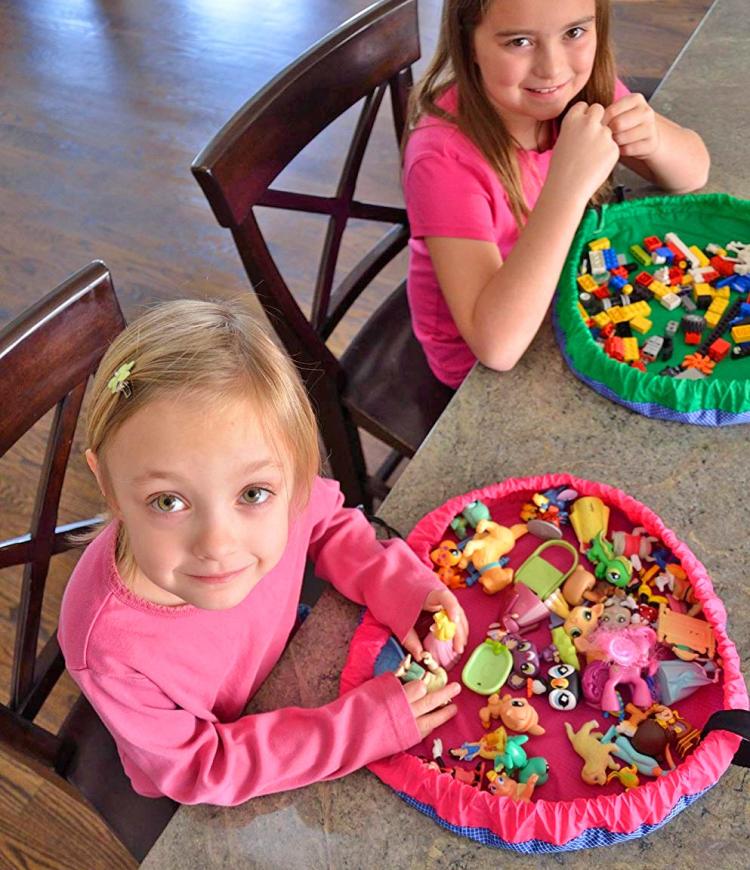 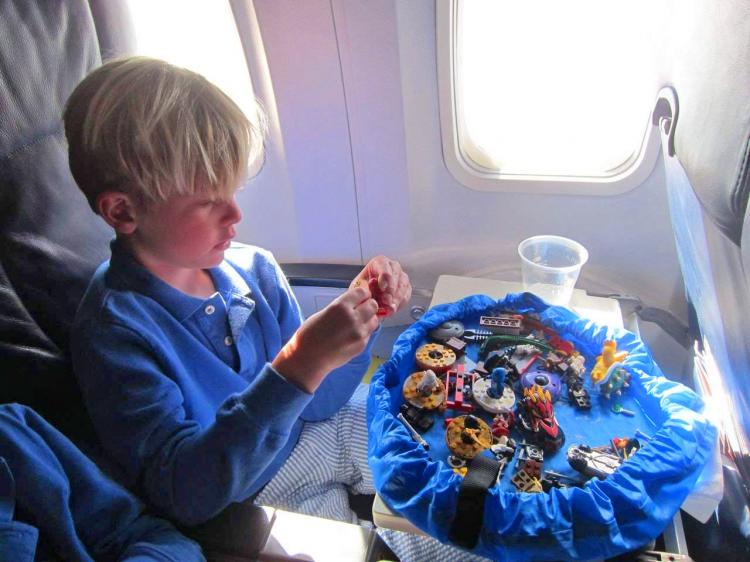 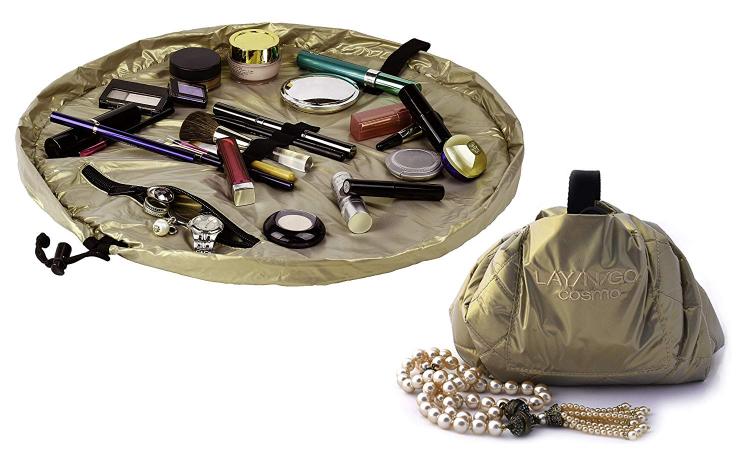