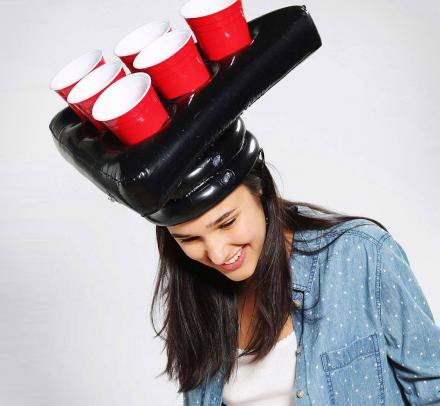 The beer pong hats are a set of inflatable beer pong holders that you wear on your head to make the game of beer pong a long and rigorous task that no one wants to play. Now when you play beer pong with a friend or colleague while wearing the beer pong hats it will take over two hours to complete, you will get smashed in the face with numerous balls (which may not be that different than any other average day for you), and you will most likely get numerous beers spilt on your face from sloshing around numerous cups of beer on top of your head. Perfect for beer pong lovers that don't own a table, the beer pong hats are sure to be popped after around the fourth or fifth game of beer pong due to excessive drunken horseplay.

The inflatable beer pong hats comes with two hats, are made from vinyl and plastic, includes one ping pong ball, does not include cups, come in only black, are one size fits most, and each hat will hold up to six cups. Check out the beer pong hats in action via the video below. 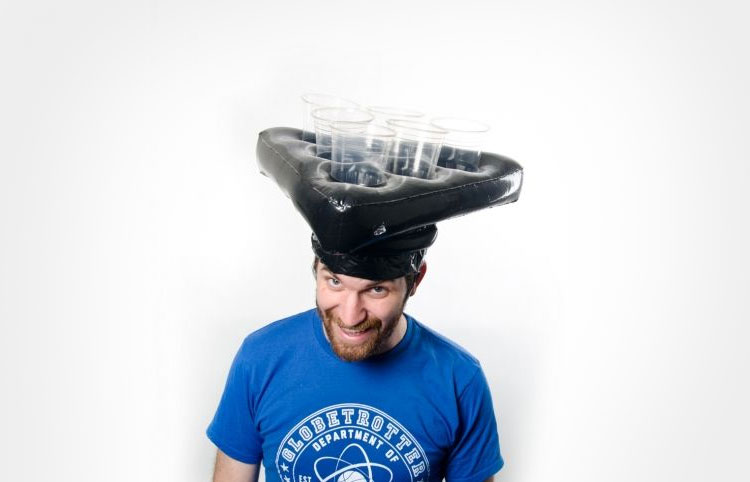 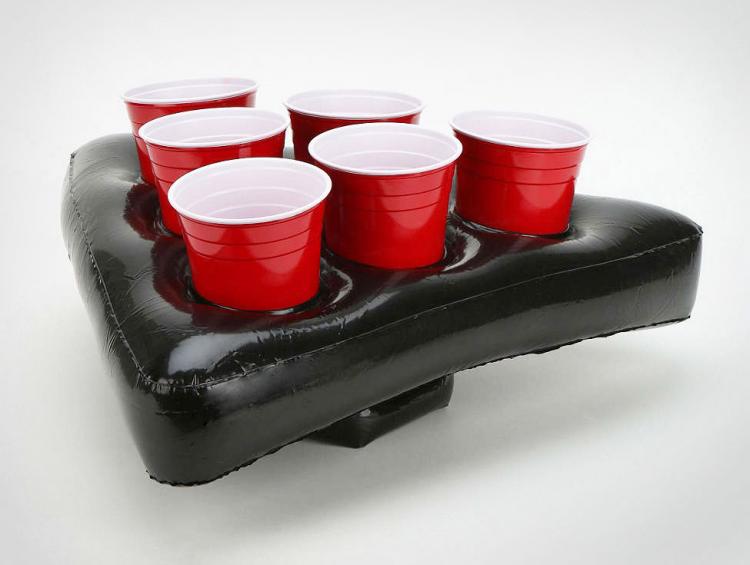 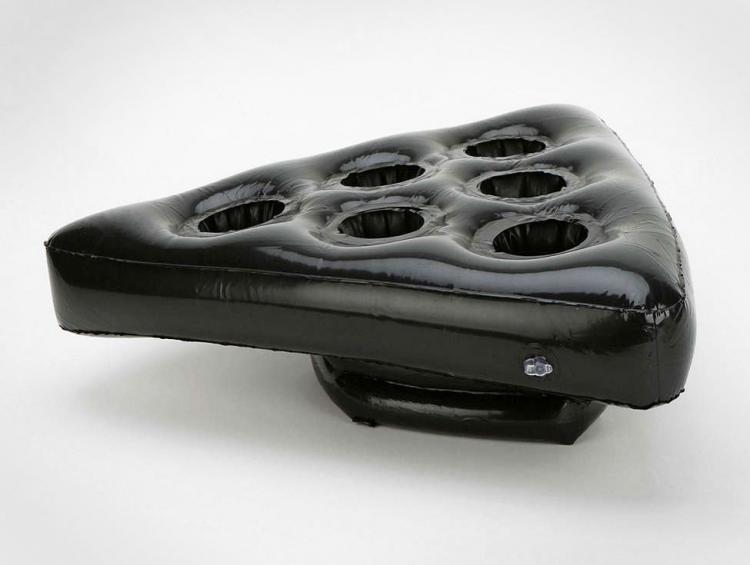 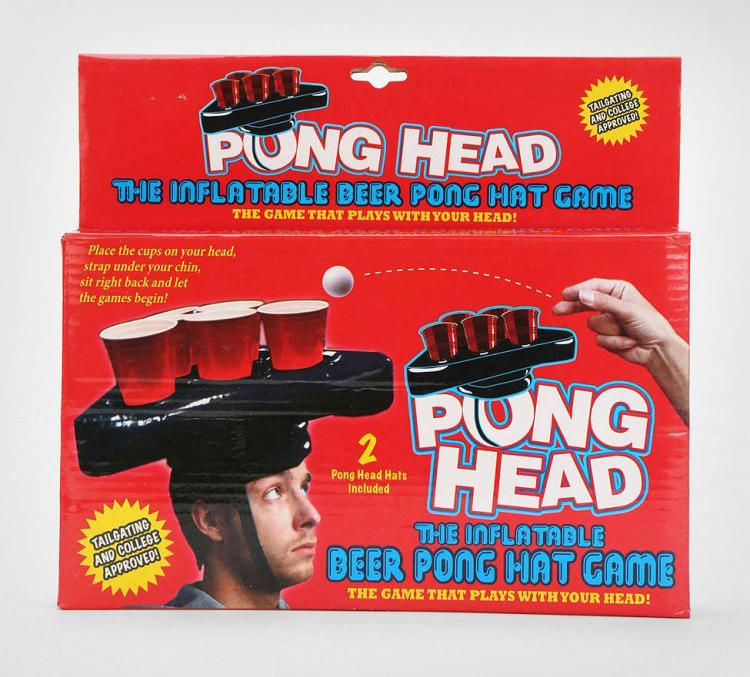