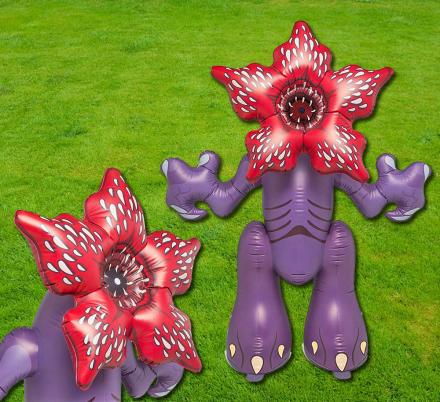 With Stranger Things season 3 just being released, what better time to enjoy a nice cozy Demogorgon. This unique Stranger Things themed yard sprinkler is shaped just like the viscous beasts, and it's giant, inflatable, and shoots out water from it's mouth so you can run around in true glee and show your friends and family how much of a Stranger Things geek you truly are. 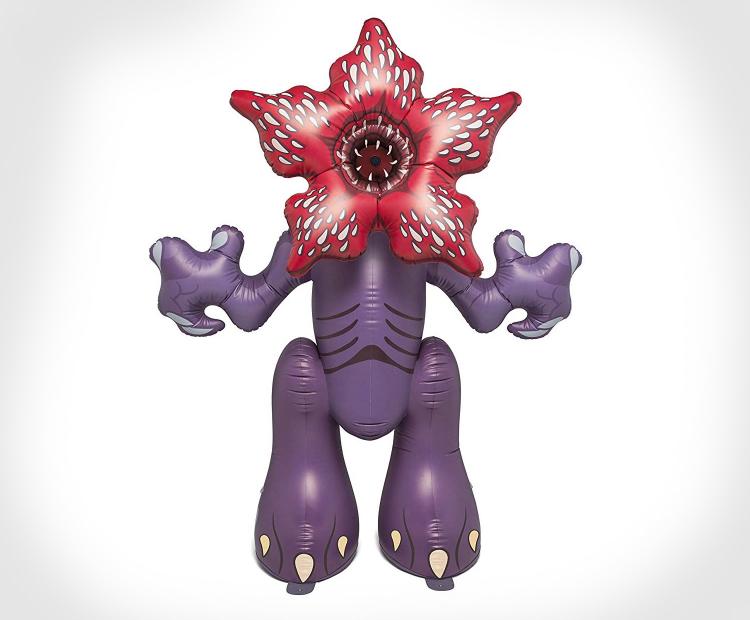 Once the Stranger Things sprinkler is fully infalted and connected to a garden hose, just turn on your hose and it automatically turns on and begins shooting water from the mouth of the Demogorgon. It's a perfect gift idea for any Stranger Things fan.

If the Demogorgon isn't your thing, there's also a slew of other yard toys and inflatables available on Amazon for Stranger Things lovers, including an inflatable sensory deprivation tank that Eleven used in the first season, a giant Scoops Ahoy pool float from the 3rd season, a reversible upside-down pool ring float, Scoops Ahoy floating pool beverage holders, and more.