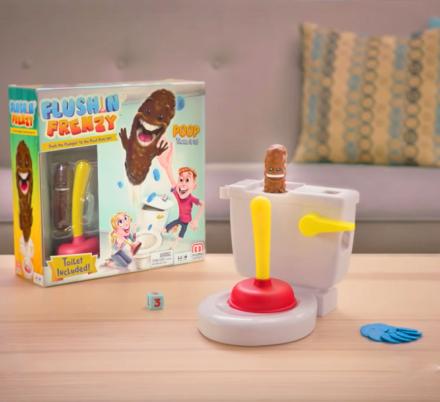 If you thought the Pimple Pete game was disgusting, you clearly haven't heard of Flushin' Frenzy! This game involves a toilet, plunger, and a flying piece of poop that gets you extra points if you catch in flying through the air. Yeah, I told you this game was a new level of gross...I mean fun for all ages…

The pooper scooper on this game is that the toilet is clogged and the players have to take turns trying to unclog it with the plunger. At the end of the game, the one with the most poo points wins! 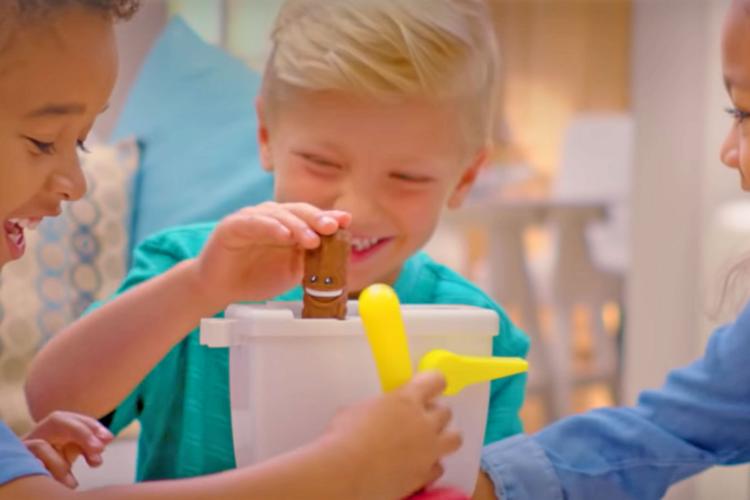 The game includes one toilet (not to be used as an actual toilet), one plunger (not to be used in an actual poop emergency), one dice, and ten score tokens. Oh, and the most important part...one nugget of poop (I bet you were getting worried that you had to supply this yourself...eew). 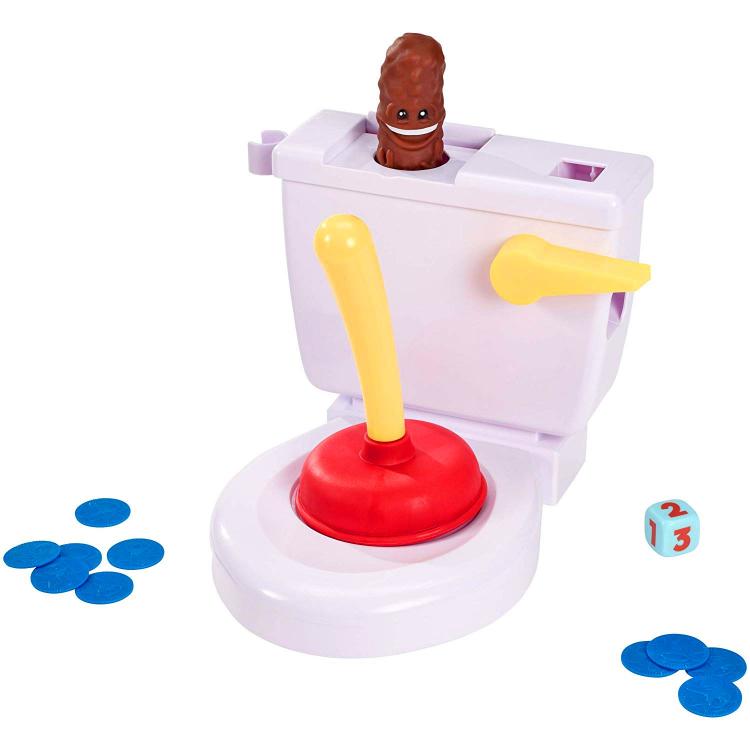 How To Play Flushin' Frenzy

This game is designed for two to four players and the recommended ages are five years and up. Note that no special vaccines or antibacterials are needed to play this poo-handling game. 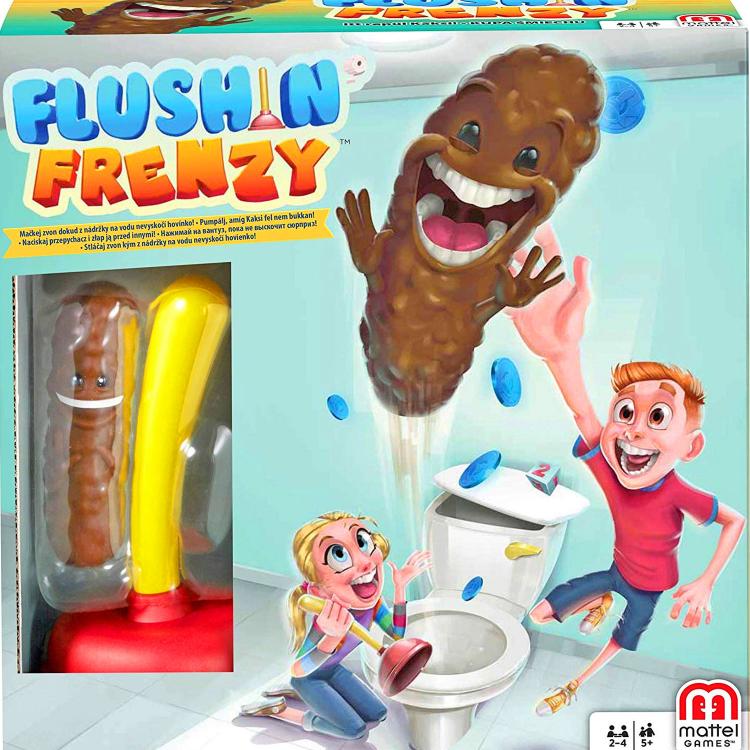 The first player will flush the handle on the toilet and a dice will roll out to tell you how many times you need to push on the plunger. There is no telling how many plunges it will take to pop the poo - but when the poo goes flying, be the first to nab it for points. 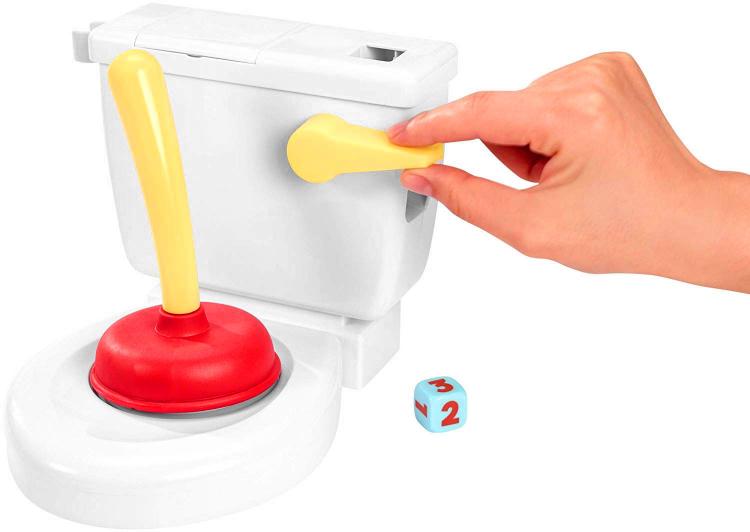 If you're the first to grab the poo you get 1 token, but if you can grab it midair you get 2! The one with the most tokens at the end of the game wins. 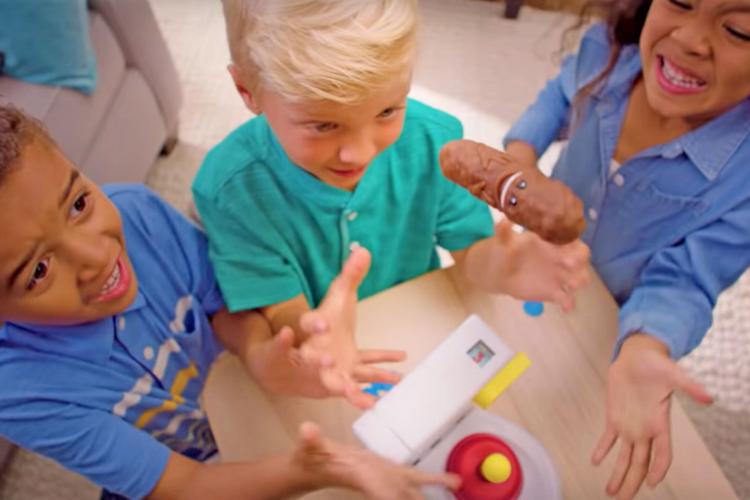 So grab your this game and your friends and have a flushin' good time! 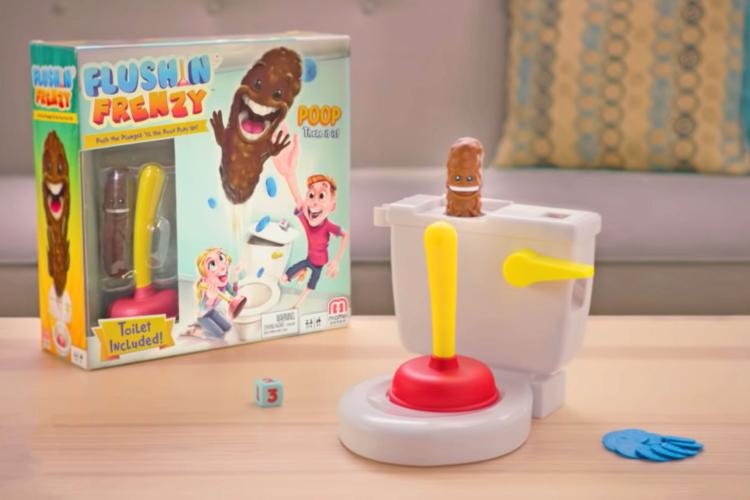 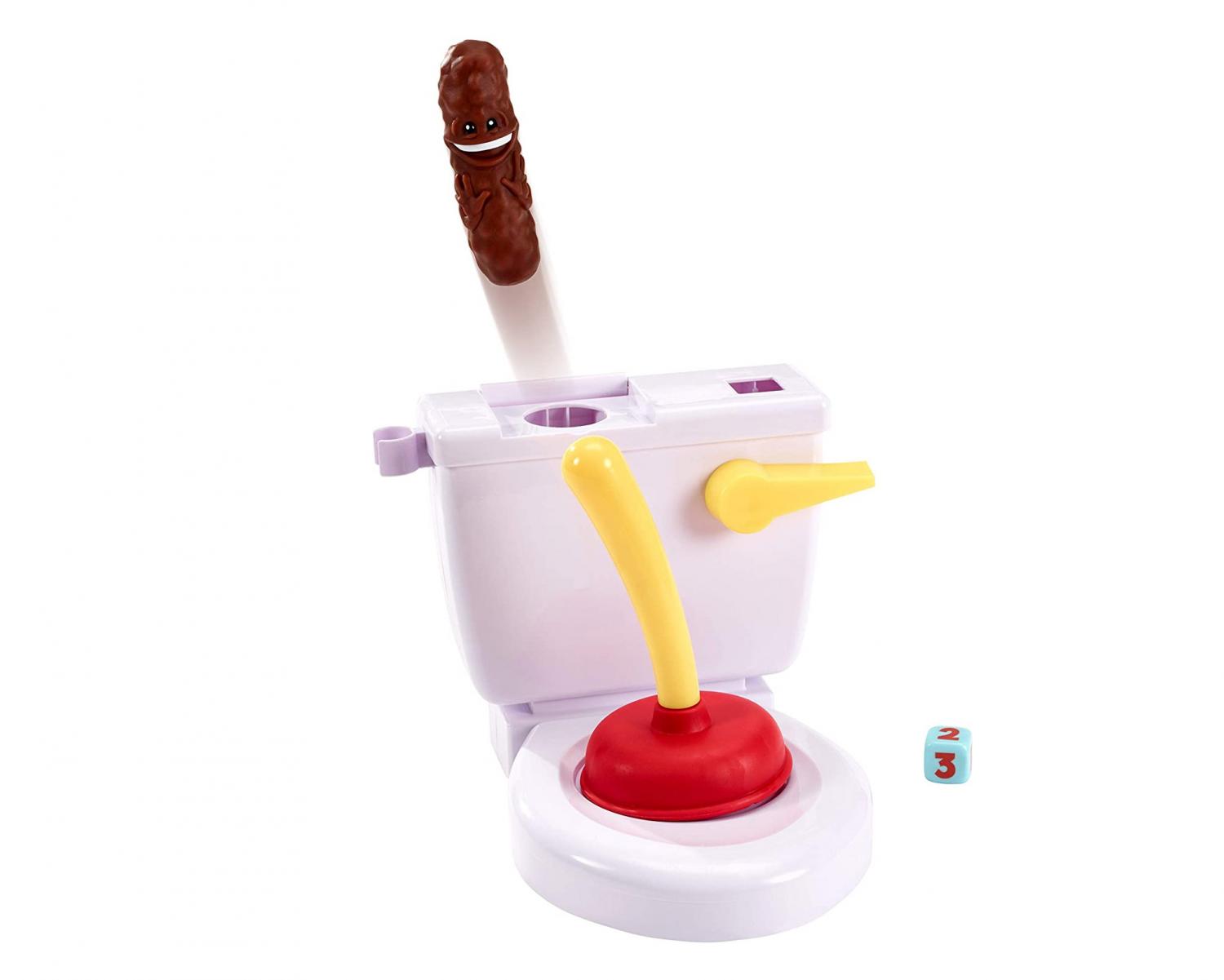 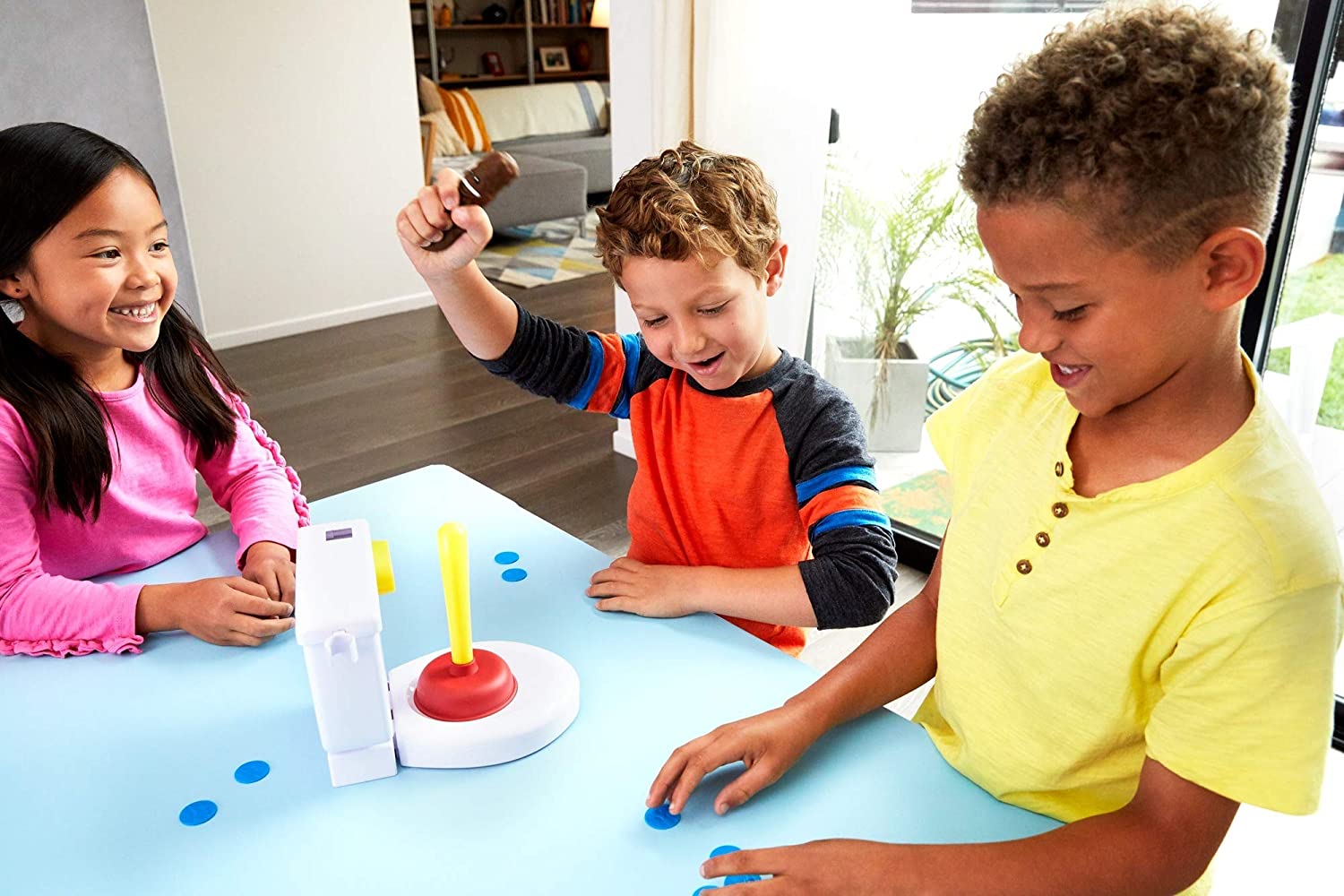 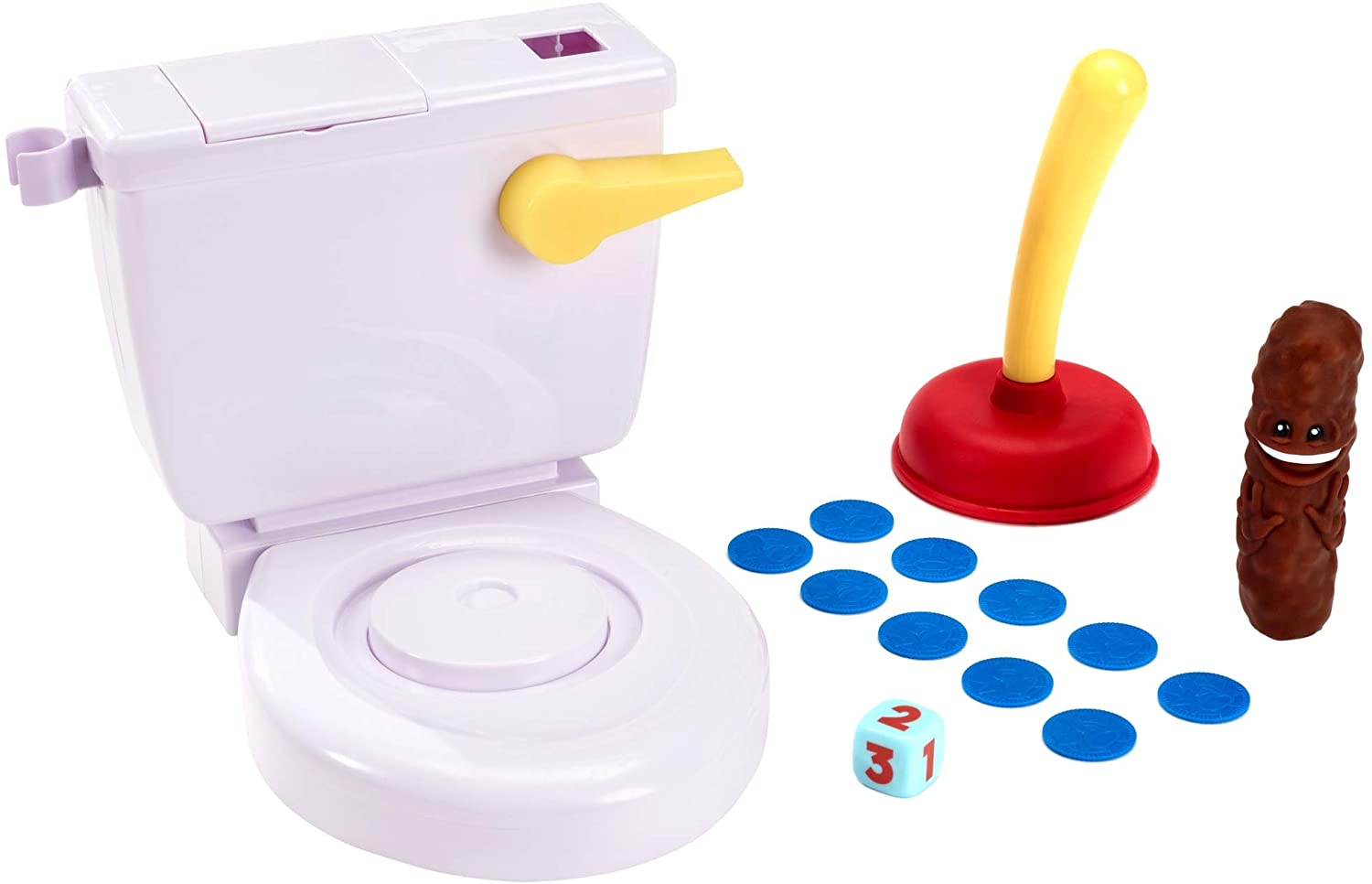 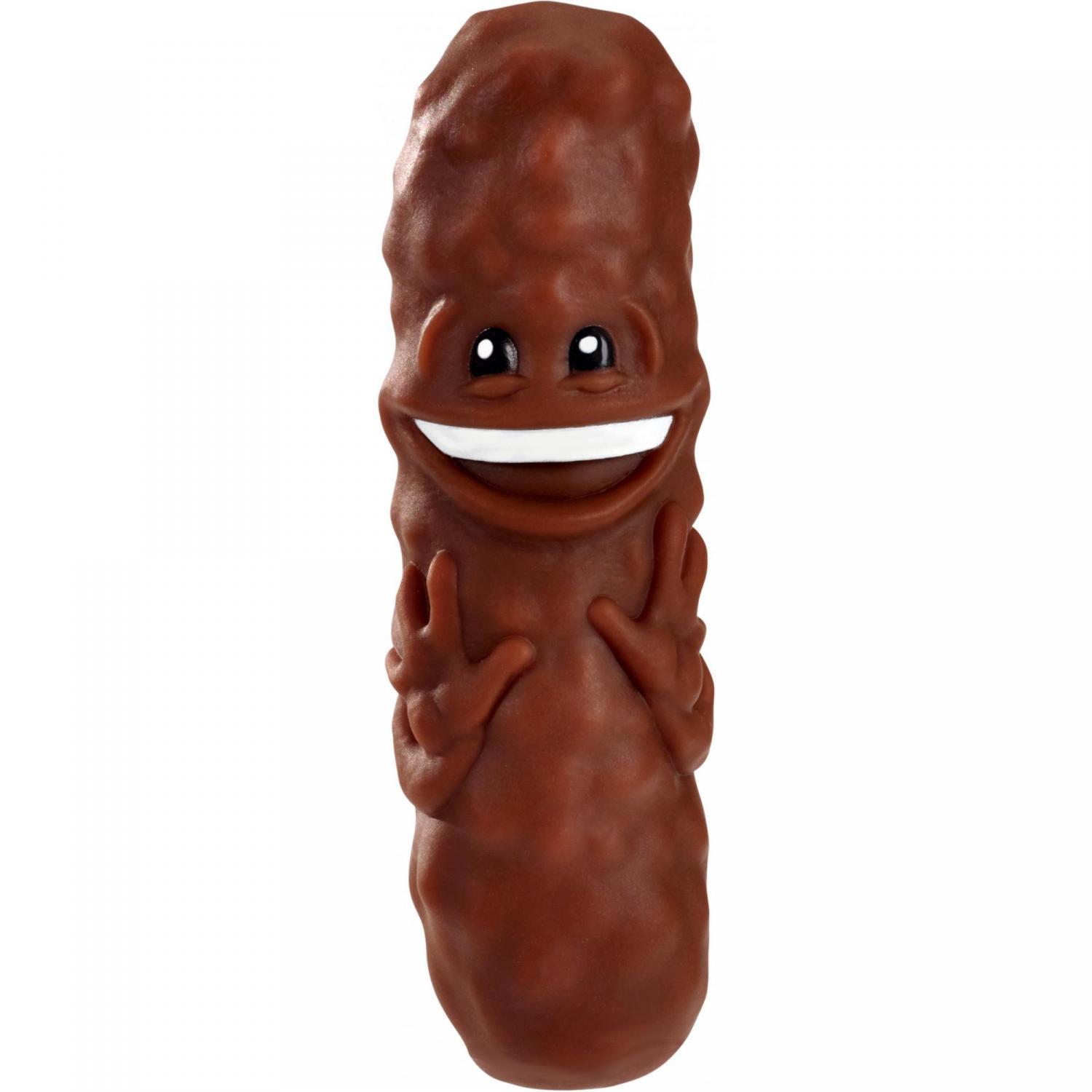 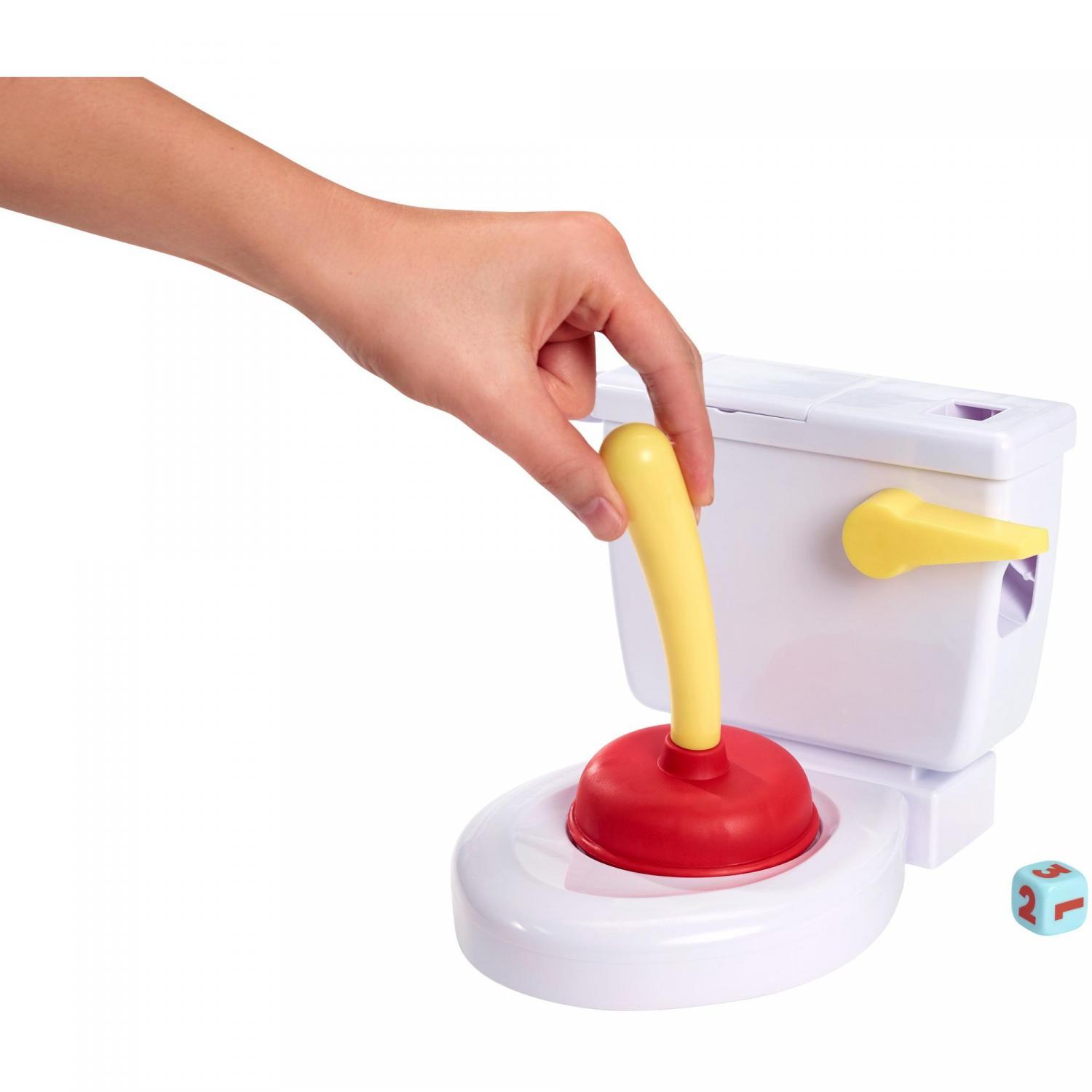 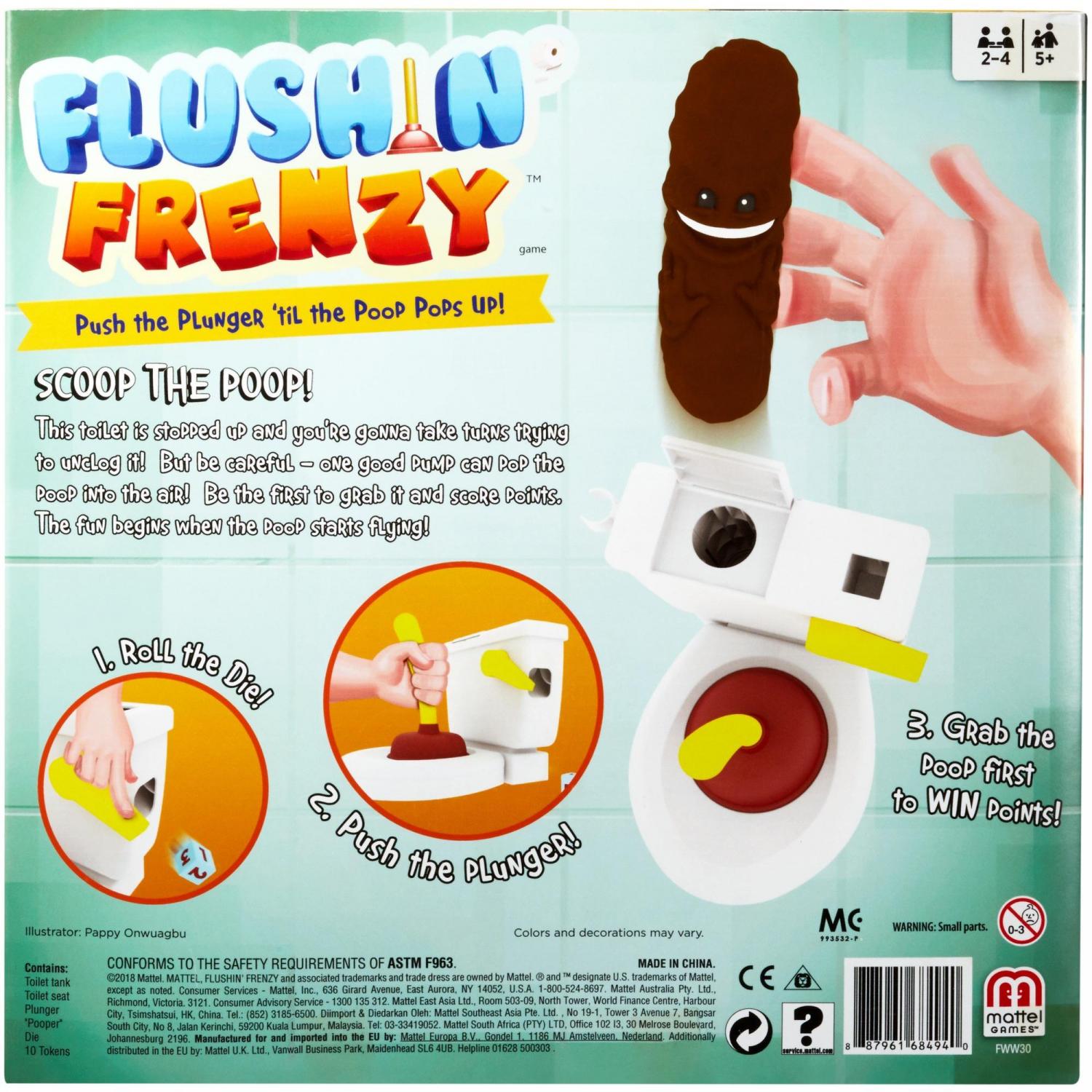 Check out the game in action via the video below!