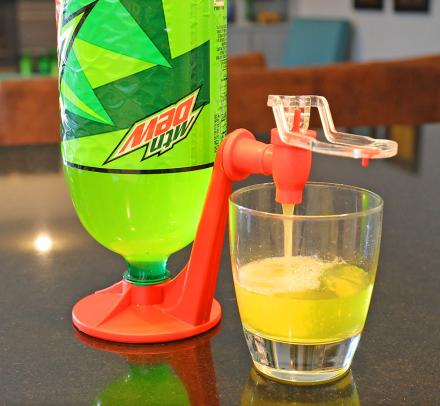 There's nothing worse than stale old nasty soda. This soda fizz saver is a handy little soda dispenser that doubles as a carbonation saver. It connects to pretty much any standard 1 or 2 liter bottles, and allows you to easily dispense the soda into a glass by just pulling on a lever.

To use the soda dispenser just twist the device onto the top of a bottle after removing the cap, then turn the bottle upside down, and you're ready to dispense some soda. Just place a glass under the nozzle, pull the lever down, and watch your glass fill up with fresh carbonated soda.

The soda dispenser will also keep the bottle carbonated until the soda bottle is empty, so that even though the cap is off, it'll still stay sealed and fresh within the dispenser.

The soda dispenser will use the sodas own carbonation along with gravity to push the soda out of the dispenser, as it requires no power or electricity to use. Though, to get the best flow from the dispenser you may want to poke a hole at the bottom of the bottle after attaching it to the dispenser.

Check out the party soda dispenser and carbonation saver in action via the video below. 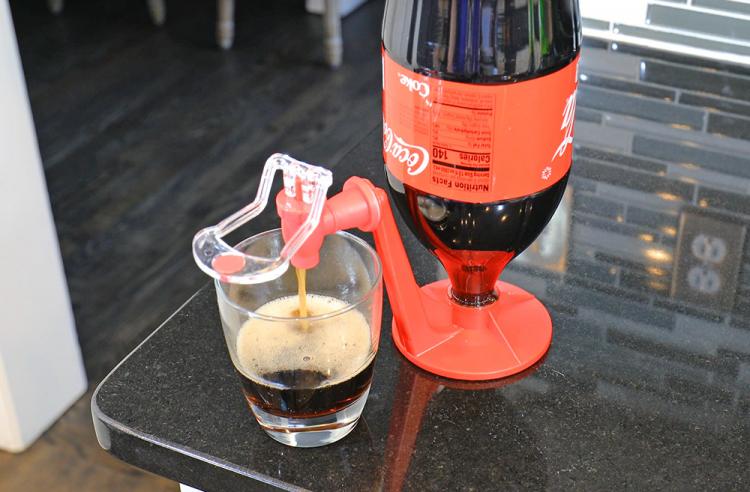 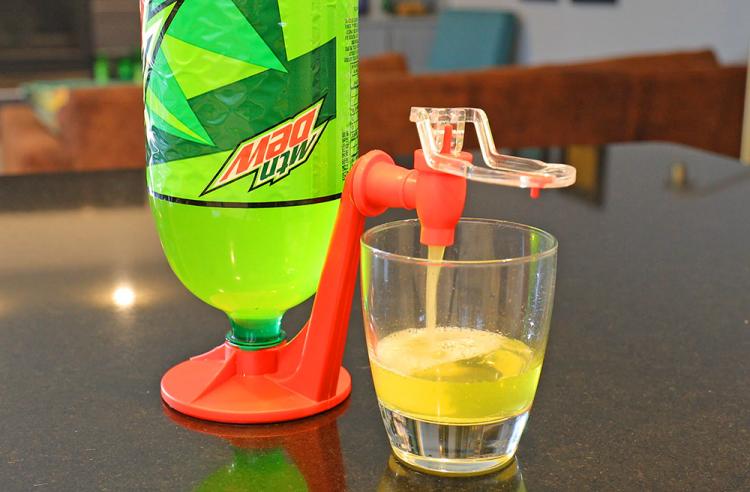 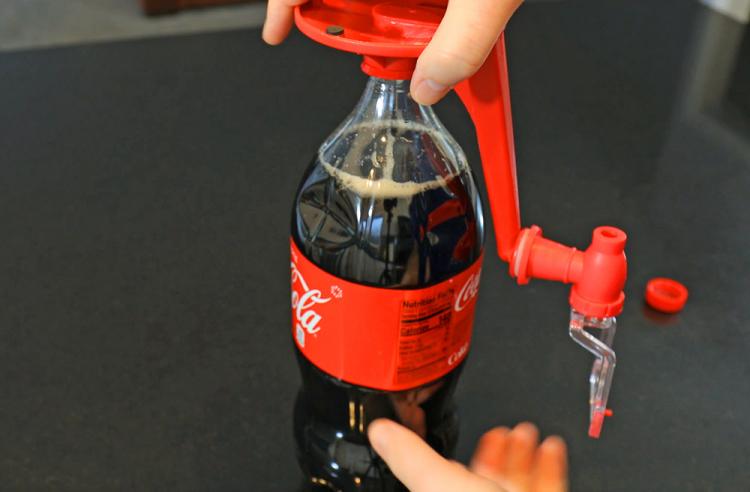 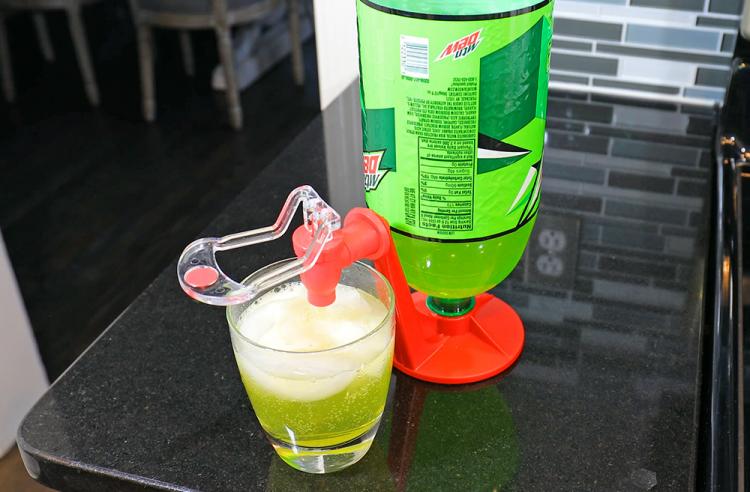 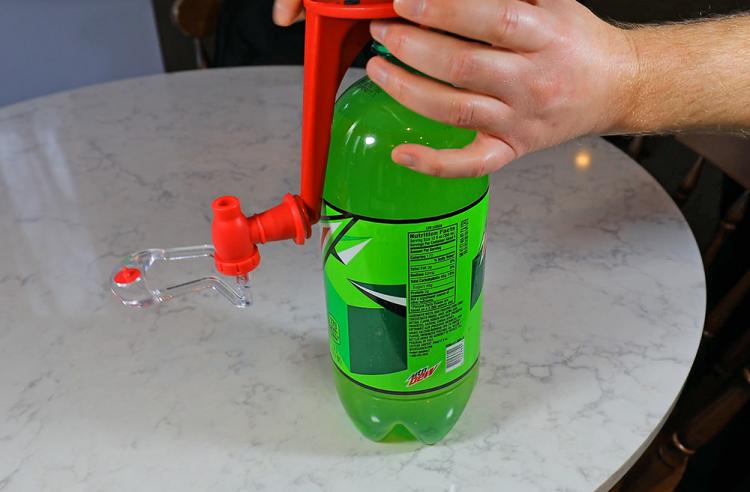